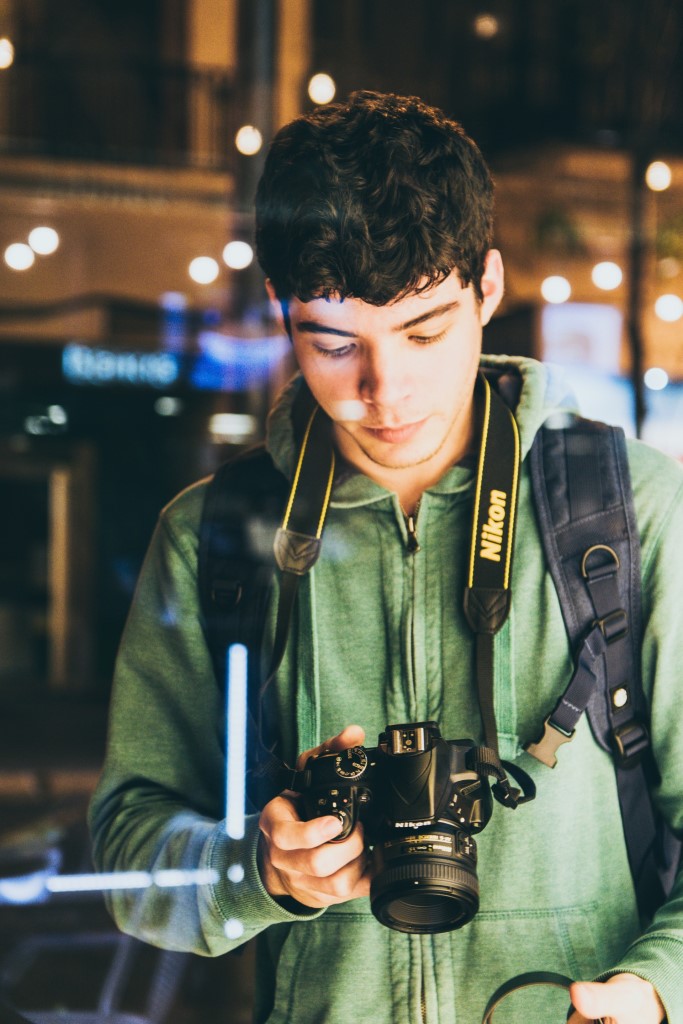 Photo by Pablo Guerrero on Unsplash

Thankfully, it’s 2020, which means there are plenty of inexpensive cameras available for beginners that still have all of the features you could ever need.

So, I’ve compiled a list of the “best cameras for beginners 2020,” which features the best cheap DSLRS and the best cheap mirrorless cameras that have the newest features. There’s no need to break the bank if you’re just starting out. 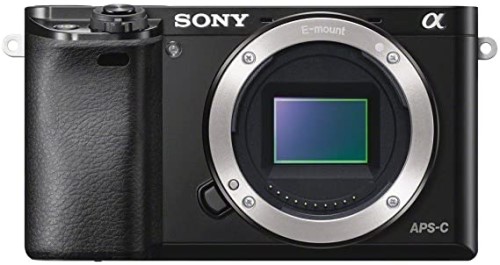 The Sony a6000 is just over 6 years old, which means it’s one of the most inexpensive cameras on our list, but it still features a 24.3MP sensor and compatibility with a huge range of Sony lenses.

It’s one of the best DSLRs for beginners because it does lack some features many cameras in 2020 come with, like 4K video, but it comes with a built-in electronic viewfinder and a tilting screen so you can get used to the feel of a Sony.

If you’re shopping for inexpensive cameras, like the Sony a6000, then you should be doing so on Adorama. You can find the Sony a6000 for $550 there. 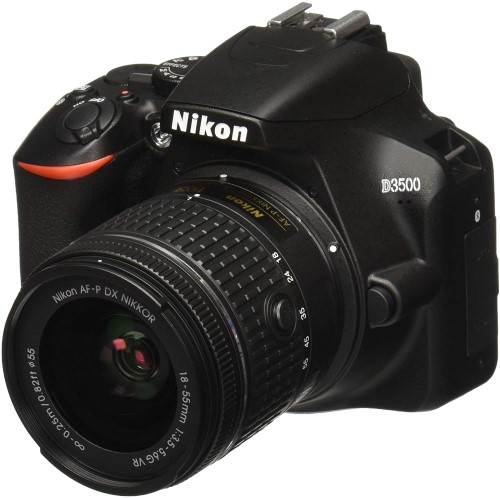 I tried to choose a wide range of manufacturers for this “best cameras for beginners 2020” list since I know some people really prefer the feel of a camera their parents used to use way back when. However, I would have included the Nikon D3500 on this list regardless because it is dirt cheap.

The Nikon D3500 is the best entry-level DSLR on this list because of its user-friendly layout. So, if you’ve never shot with a DSLR before, or if you’re trying to transition to Nikon from another brand, you won’t have any trouble figuring this camera out.

The Nikon D3500 comes with a “Guide” shooting mode that essentially walks you through how to use the camera.

Plus, the image quality on this camera is sharp.

You can purchase this best entry-level DSLR, with a nice NIKKOR lens, for $400. 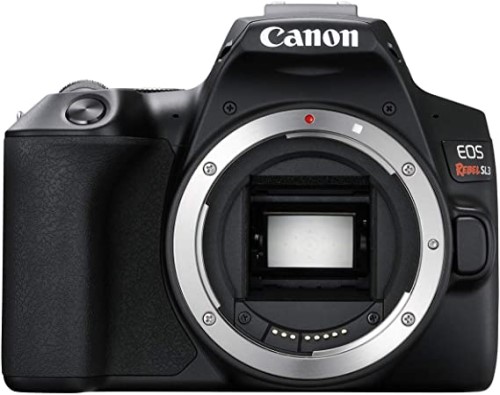 If you’re a photographer looking to break into videography, then this is the best entry-level DSLR for you because it is the first budget DSLR that can shoot 4K.

It also features a 3.5-mm microphone jack so you can capture better audio.

The screen is fully articulated and the camera feels balanced despite the fact that it weighs under 1 lb.

However, my favorite thing about The Canon SL3 is that, unlike some of the other cameras on this “best cameras for beginners 2020” list, it features an incredible battery life of 1,550 shots.

The Canon EOS Rebel SL3 is available on Adorama for $550. 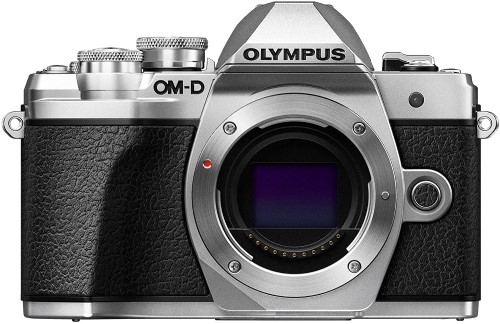 The Olympus OM-D E-M10 Mark III is the first best entry-level mirrorless camera on our list. You’ll love its retro look and feel, its tilting touchscreen and its electronic viewfinder with a resolution high enough to compete with a camera of a much higher price point.

It shoots 4K video and 8.6fps in burst mode, making it one of the most versatile of our inexpensive cameras. 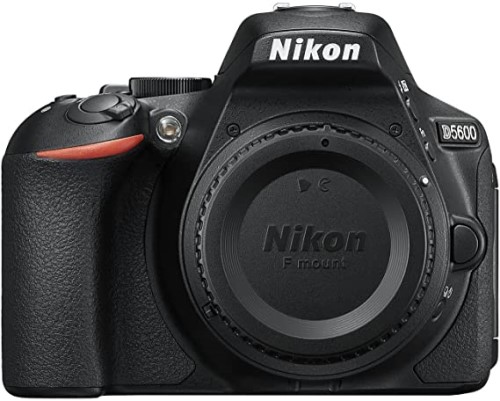 The Nikon D5600 is one of our top cameras for beginners if you suspect you’re going to stick with photography, because this camera will allow you to grow with it.

It comes with an advanced autofocus system and can shoot in low-light scenarios.

Unlike the Nikon D3500, there is no interactive “Guide” mode, so again, this DSLR may be better for beginners who are at least a little tech-savvy.

It can’t shoot 4K video, but it does shoot Full HD video, and you can shoot that video on a 3.2” vari-angle touchscreen, which is better than most of the other LCDs on this “best cameras for beginners 2020” list.

This is another option for beginner photographers who may want to start getting into videography.

The Panasonic Lumix GX85 is the best entry-level mirrorless camera for videographers due to its 4K shooting capabilities, its impressive 2.76M-dot electronic viewfinder, and its in-body image stabilization.

The one thing I don’t love about this camera is that it doesn’t feature microphone or headphone inputs, so ideally you would be using this mirrorless camera to shoot video in a quieter space, like your office instead of a crowded subway. However, it also isn’t weather-sealed, so you’d ideally not be traveling with it a lot anyways.

This camera isn’t just for videographers, though, because it shoots impressive photographs, can take 6fps in burst mode with AF, and weighs under 1 lb, so you can lug it around with you all day comfortably.

The Panasonic Lumix GX85 is currently half off on Adorama for $500. 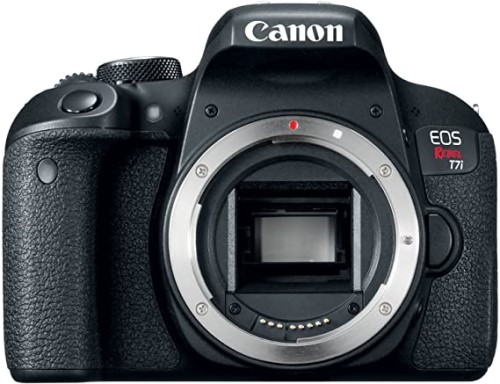 Canon’s EOS Rebel range has basically had the market for the best DSLRs for beginners for years now, and the T7i is no different.

This camera comes with a 24MP sensor, built-in Wi-Fi and can shoot Full HD video.

But, what really draws people to the Canon EOS Rebel line is the fact that the Auto mode is the best around. You can basically set the camera to Auto and it’ll perform excellently by itself. You can also use the rear screen to take all of your photos like you would with a smartphone and its performance remains the same.

While this isn’t the cheapest camera on our “best cameras for beginners 2020” list, it is the best option for an older photographer who mostly wants to point and shoot and we think it’s worth the extra money. 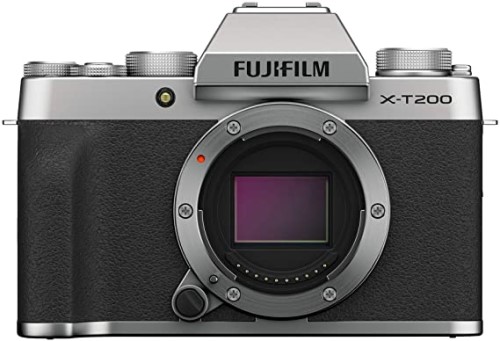 When shopping for the best mirrorless cameras for beginners, everyone starts with the Fujifilm X-T200.

It shoots 4K video, features a pretty large 3.5” vari-angle touchscreen, and will also allow you to grow with the camera, so you won’t need to upgrade for quite a few years.

This Fujifilm also dropped in February, so since most cameras have been cancelled or postponed due to the coronavirus pandemic, this may be one of the all-time best cameras for beginners 2020. 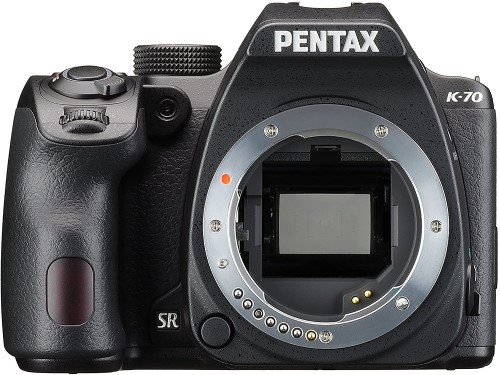 Due to the fact that Pentax isn’t as large as Canon or Sony, I don’t regularly get to write about Pentax cameras, but Pentax made the Pentax K-70 one of the best cameras for beginners 2020 due to its cheap price, its “Shake Reduction” in-body image stabilization, and its impressive 24MP sensor.

The Pentax K-70 also has an ISO range of 100-102,400, which is definitely the best low-light shooting of any of our other top cameras for beginners. 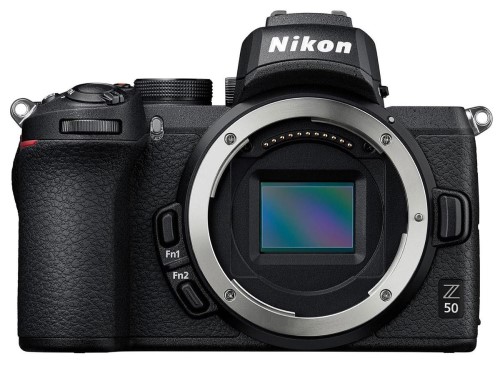 The Nikon Z50 is one of the best entry-level mirrorless cameras because Nikon specifically designed it for people who don’t consider themselves photographers.

But, it still creates incredible photos. It can shoot 4K video, features a tiltable touchscreen, and can shoot 11fps in burst mode.

Since the Nikon Z50 is one of the best cameras for beginners 2020, it is currently more expensive because it just came out. However, we suspect that with the incoming economic recession, this camera will be much cheaper in just a few months time.

The Nikon Z50 is the most expensive of our best cameras for beginners at $850.