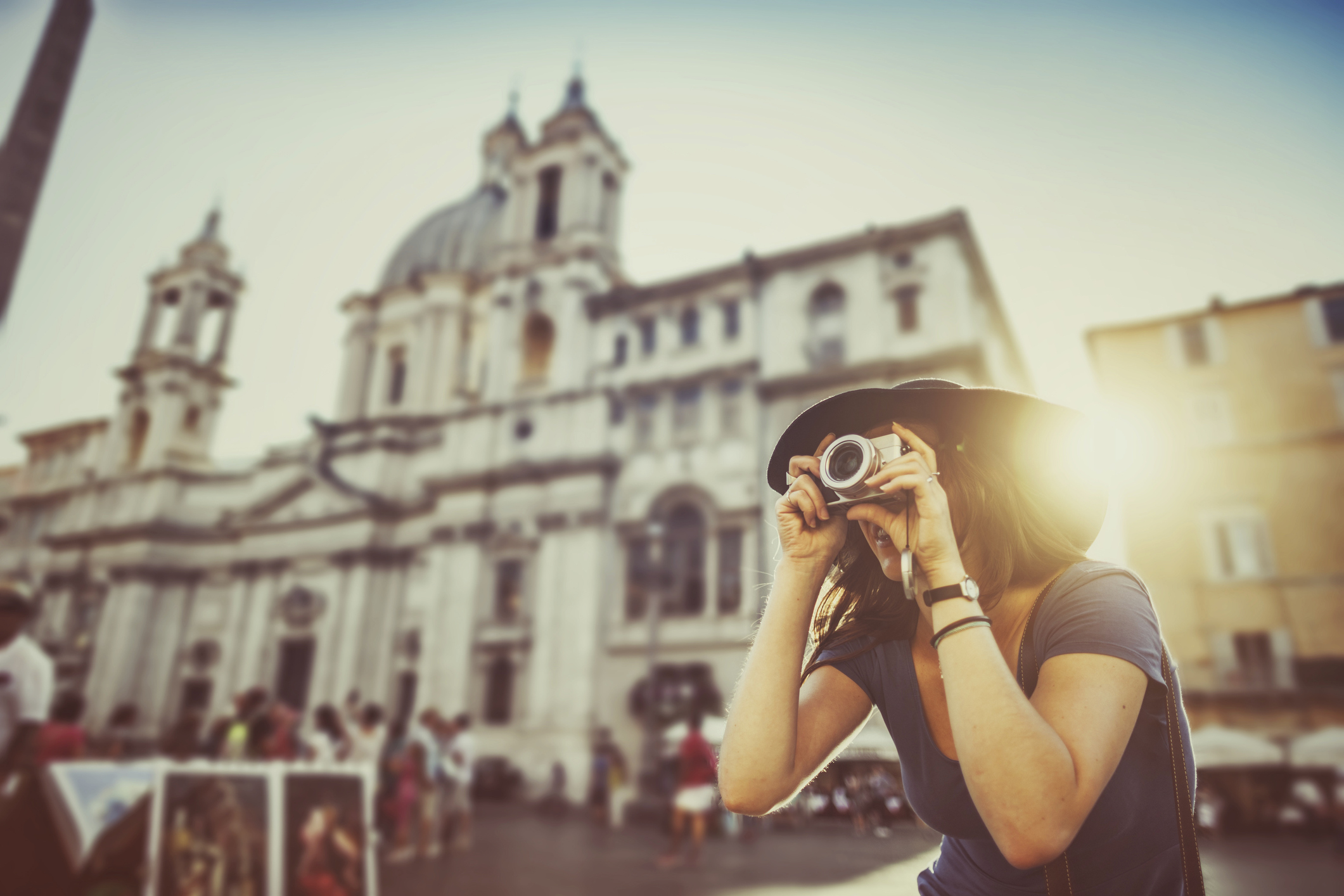 Not everyone needs a big DSLR or a full frame mirrorless camera.

Instead, a trusty, easy-to-carry point-and-shoot camera is often all that’s needed.

The question is, what is the best point and shoot camera on the market today?

I’ve got a number of suggestions below that will shed some light on the cameras you should consider.

Best Point and Shoot Camera Under $100: Nikon Coolpix A10 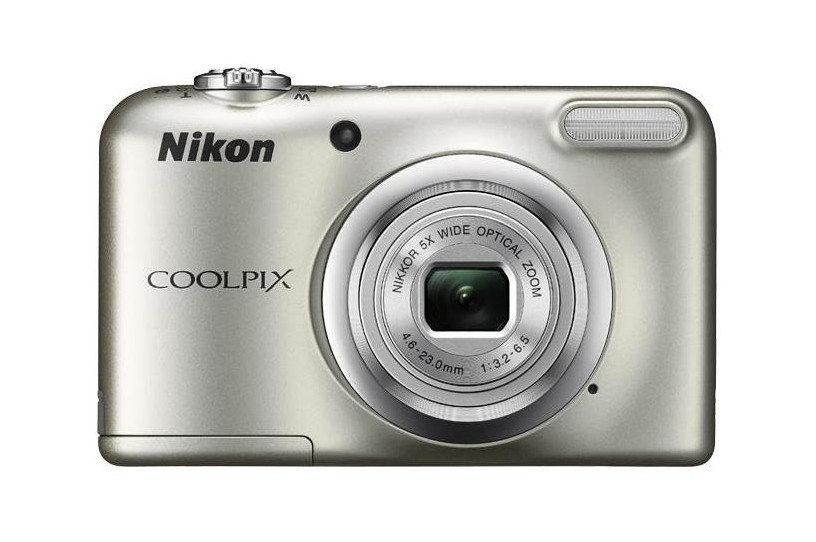 This is by no means a camera that will wow you with its specs, but it’s still a capable choice for beginners that want something with more features than their smartphone.

The camera is super easy to use with a smart button layout that makes it easy to learn how to manipulate the camera’s controls. 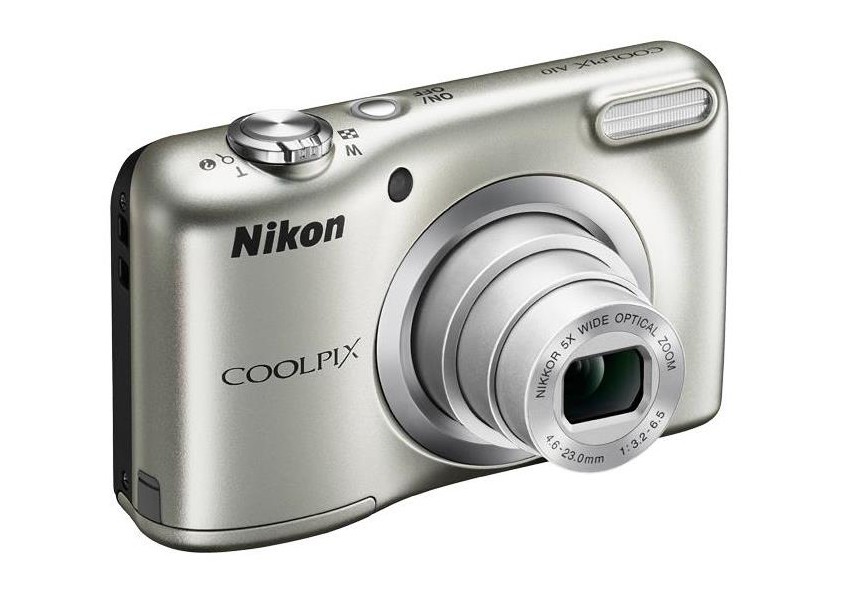 The 5x zoom isn’t anything to write home about, but with built-in stabilization for both still photography and shooting videos, Nikon has at least enabled this camera to help you get better shots when shooting handheld.

The 2.7-inch LCD is serviceable - again, it’s not the best or brightest LCD you’ll find. However, at this price point, you can’t expect an advanced point and shoot camera! 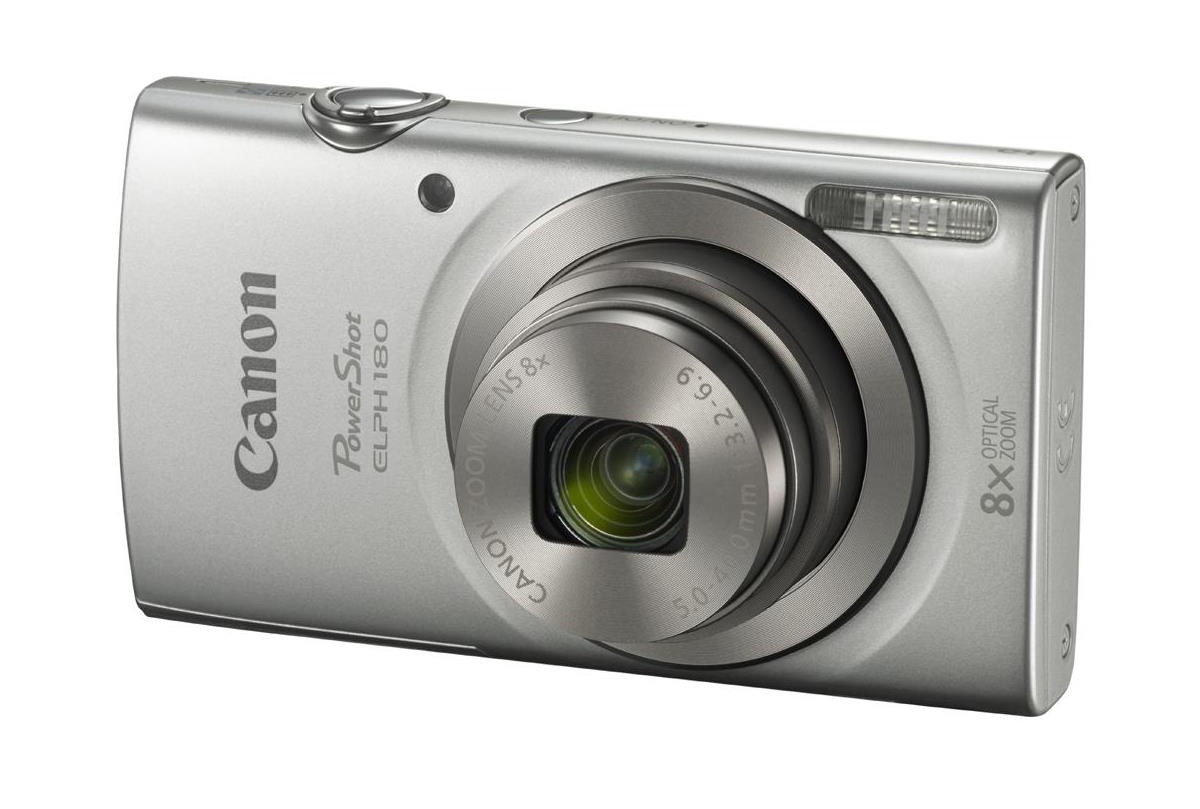 Biggest Pro: Extremely easy to use

If you’re in the market for a slim, refined, easy-to-use point and shoot camera that won’t bust your budget, the Canon PowerShot ELPH 180 is a good choice.

Even though this camera is squarely aimed at beginner photographers, Canon hasn’t sacrificed image quality thanks to the 20-megapixel 1/2.3-inch sensor. 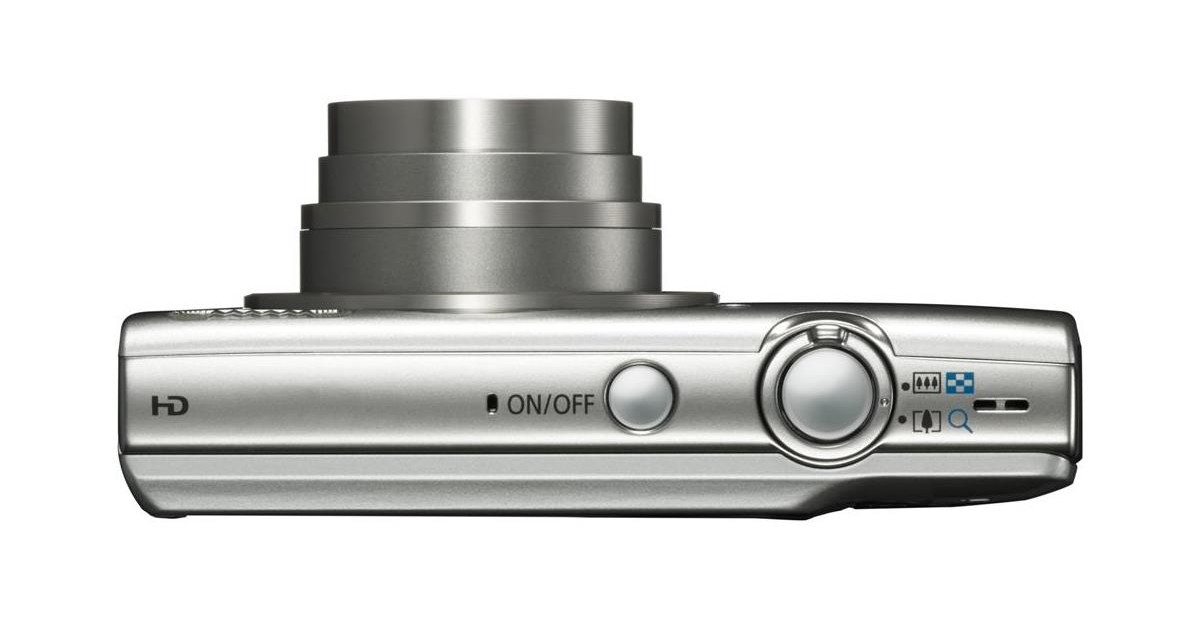 The built-in lens has an 8x optical zoom that isn’t the best in the world, but is still more than enough for most beginner shooters. With a focal range of 24mm to 224mm, there is plenty of variation for shooting all kinds of subject matter.

ISO performance isn’t anything to write home about - it maxes out at 1600 - so this isn’t the best low-light point and shoot camera, but it’s priced right and has more than enough features for beginner photographers. 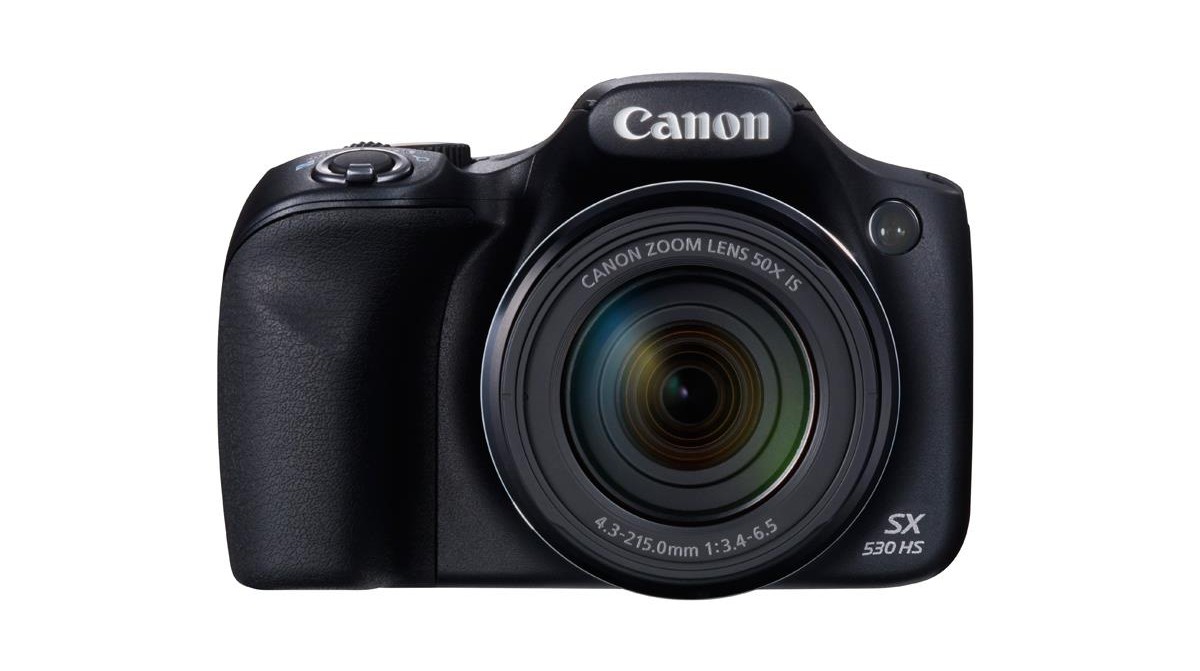 Biggest Con: Autofocus tends to be slow when zoomed in

With a budget of up to $300, you can get a high-quality point and shoot camera with a huge 50x zoom in the Canon PowerShot Sx530 HS.

This is one of the smallest available cameras with a zoom this size, which means you get the best of both worlds of having huge reach with your lens while also having the portability of a small, lightweight camera. 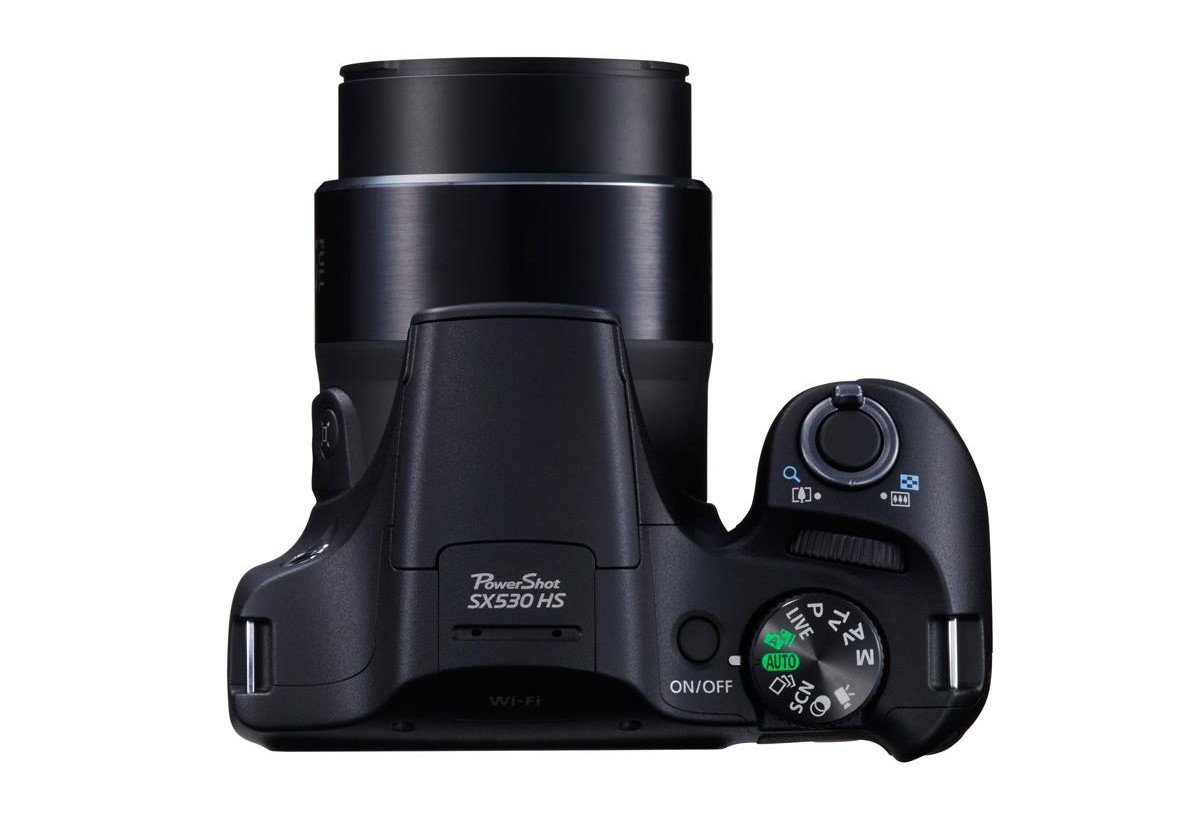 Aimed at beginner to advanced beginner shooters, this camera has an intuitive control layout that makes it one of the easiest cameras on this list to use.

The 16-megapixel sensor offers good resolution and it supports 1080p HD video for those occasions when a still photo just won’t do. 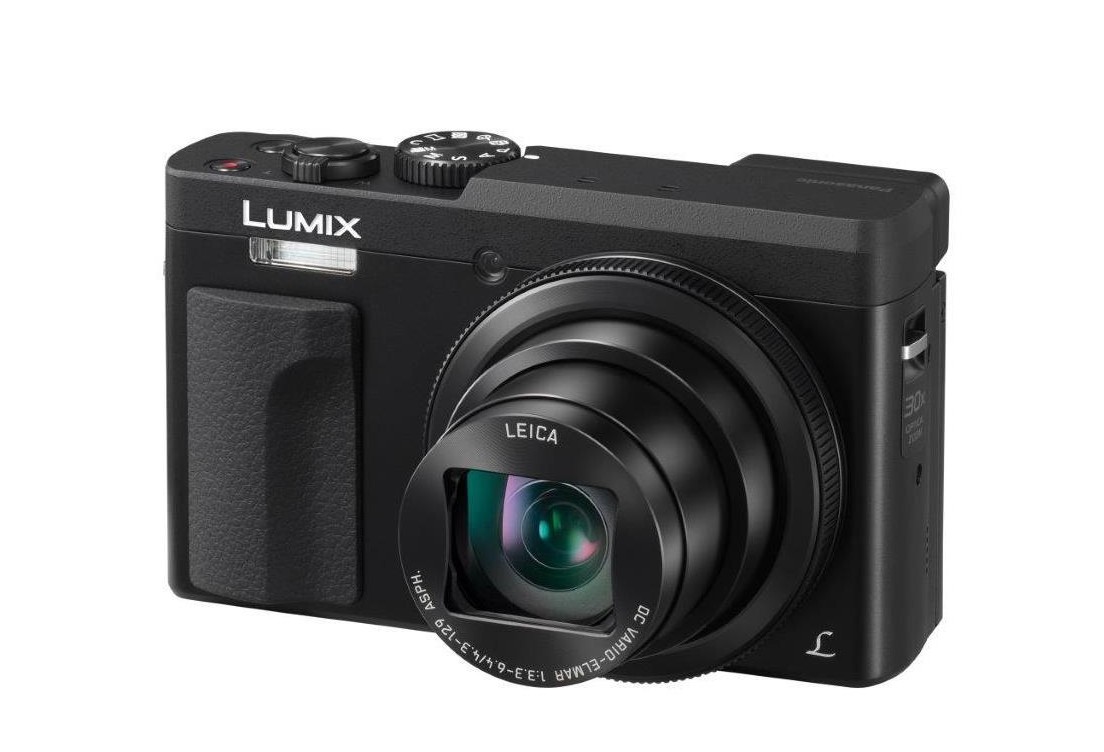 Whether you’re headed out for a family vacation or just want one of the best point and shoot cameras for taking snapshots of your friends and family, the Panasonic Lumix ZS70 is a solid choice.

Not only does this camera have a 30x optical zoom lens, but it also has Wi-Fi, supports RAW files, and has 4K video capabilities.

The 49-point autofocus system is quite fast and offers good reliability as well, and with an excellent image stabilization system, you have the makings of a camera that will help you capture clear, sharp, in-focus images, even if the subject is moving. 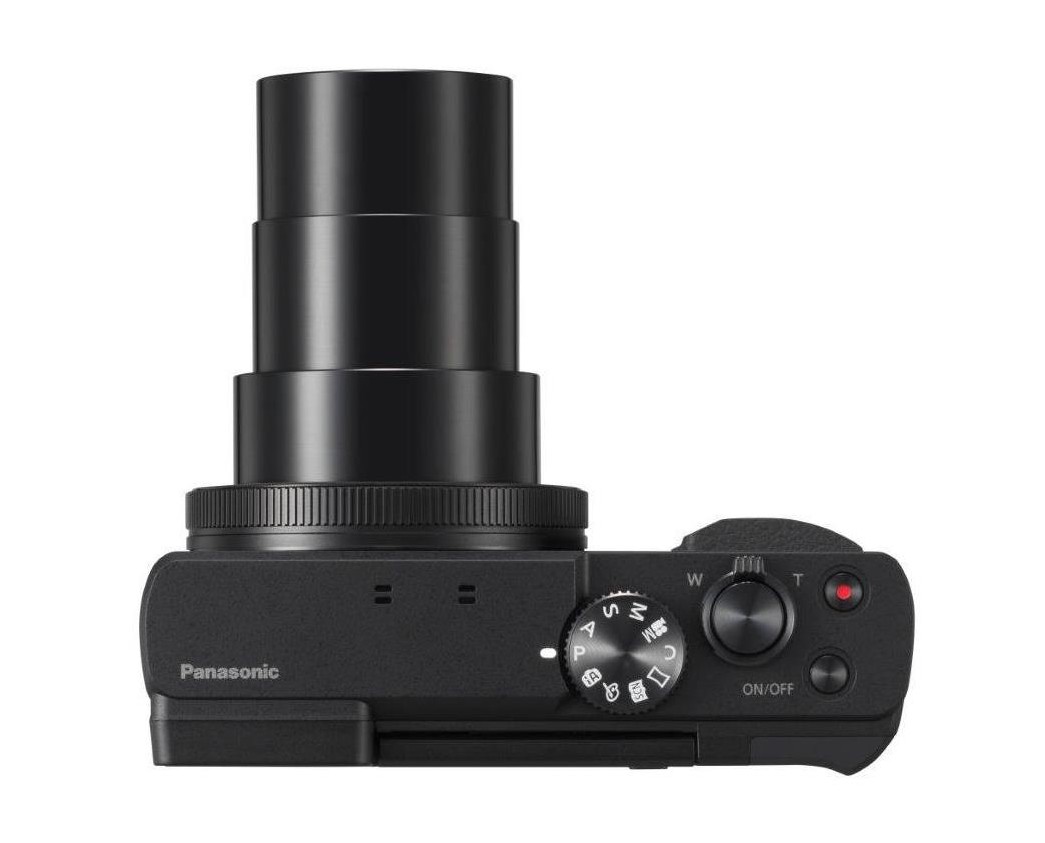 Unlike many of the cameras on this list, this camera has an electronic viewfinder - albeit a very small one.

With good image quality, a small size for easy carrying, and tons of features that will allow you to use this camera in all sorts of situations, it’s certainly one of the best point and shoot digital cameras currently available. 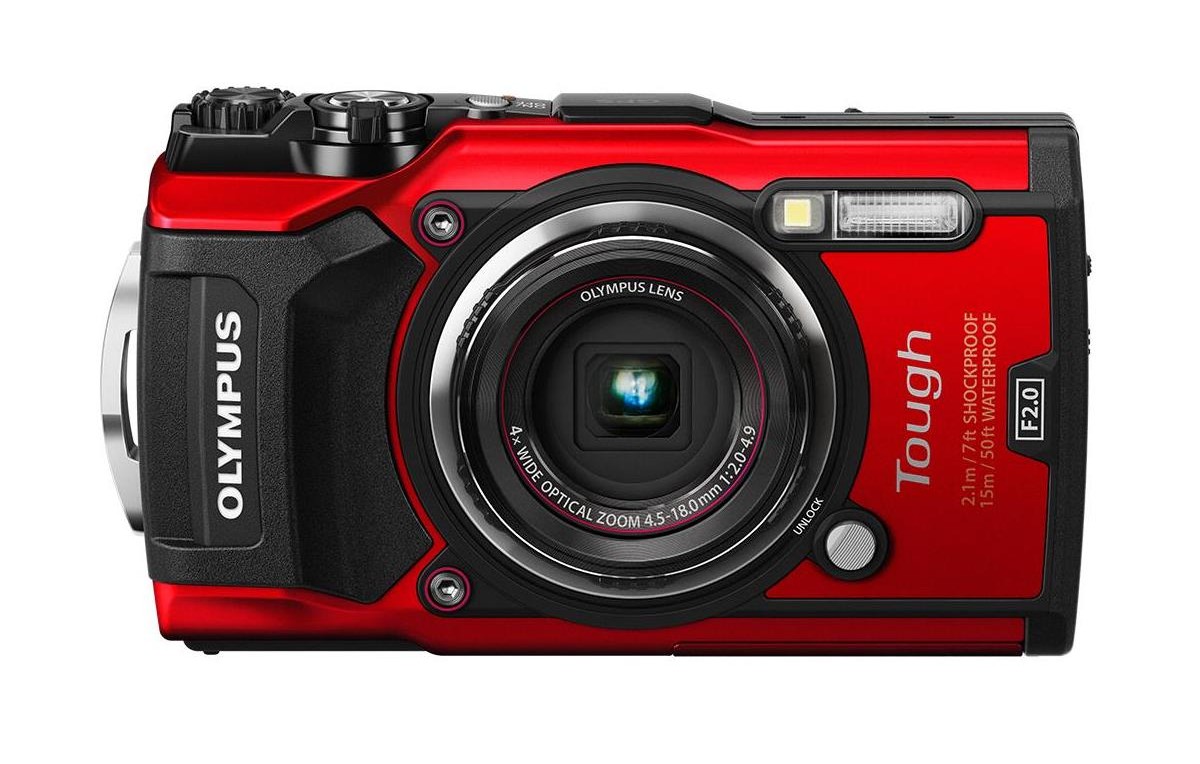 If you need a camera capable of handling rough-and-tumble photography on land and underwater, there are few choices as good as the Olympus Stylus Tough TG-5.

In addition to being waterproof, this camera is dustproof, shockproof, and freezeproof as well.

With a 12-megapixel, this camera isn’t the most resolute on this list. However, it’s back-illuminated and it still produces good image quality and it offers 4K video, albeit cropped 4K video.

This little Olympus has plenty of other features that are great for this price point. That includes a 25-point autofocus system, built-in image stabilization, an extended ISO range to 12800, and RAW file support.

Add in in manual controls, time-lapse video shooting, a built-in microphone, and Wi-Fi, and you have the makings of one of the most feature-rich cameras on this list. Given all its features and its rugged build, it is one of the best point and shoot cameras for travel as well. 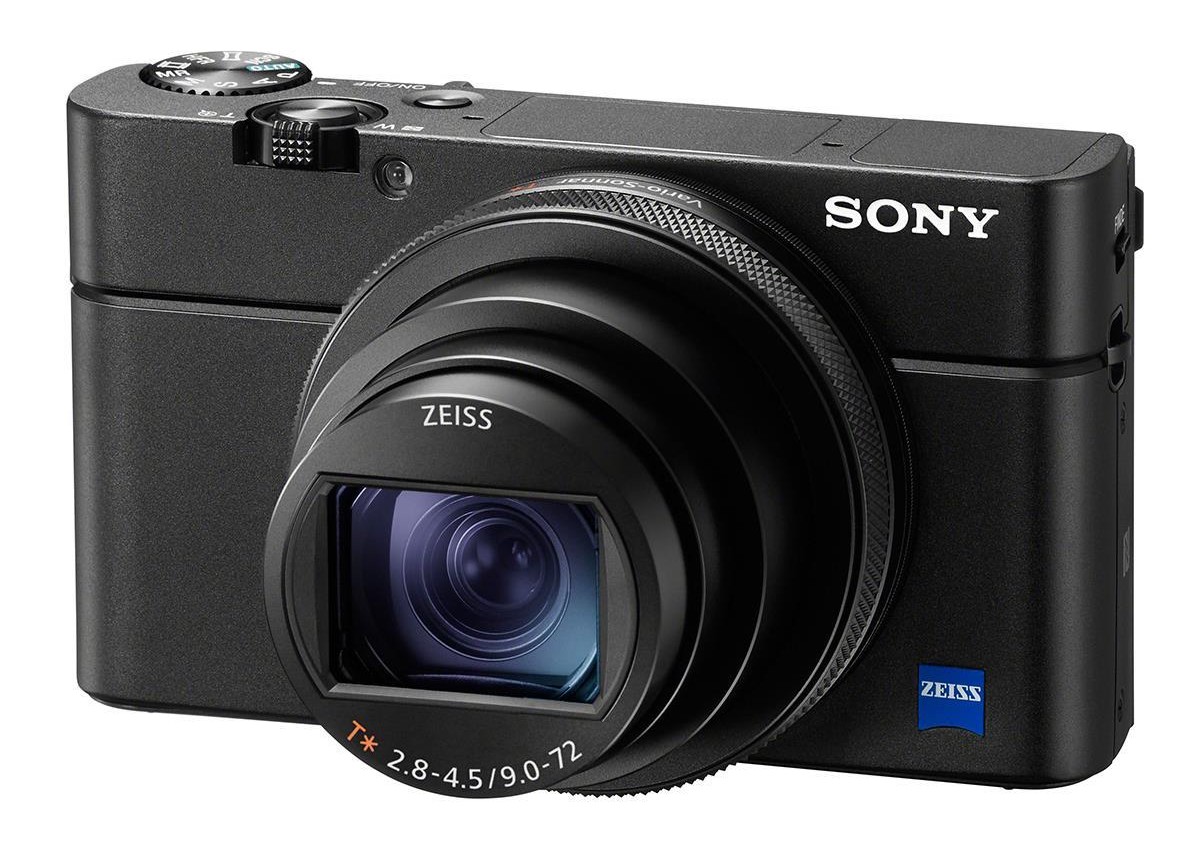 Biggest Pro: The most capable point and shoot camera currently on the market

Though the Sony Cyber-Shot RX100 VI is not cheap, it is certainly the best point and shoot camera available today.

Make no mistake - this is an advanced point and shoot camera that is full of features that even professional photographers will appreciate. 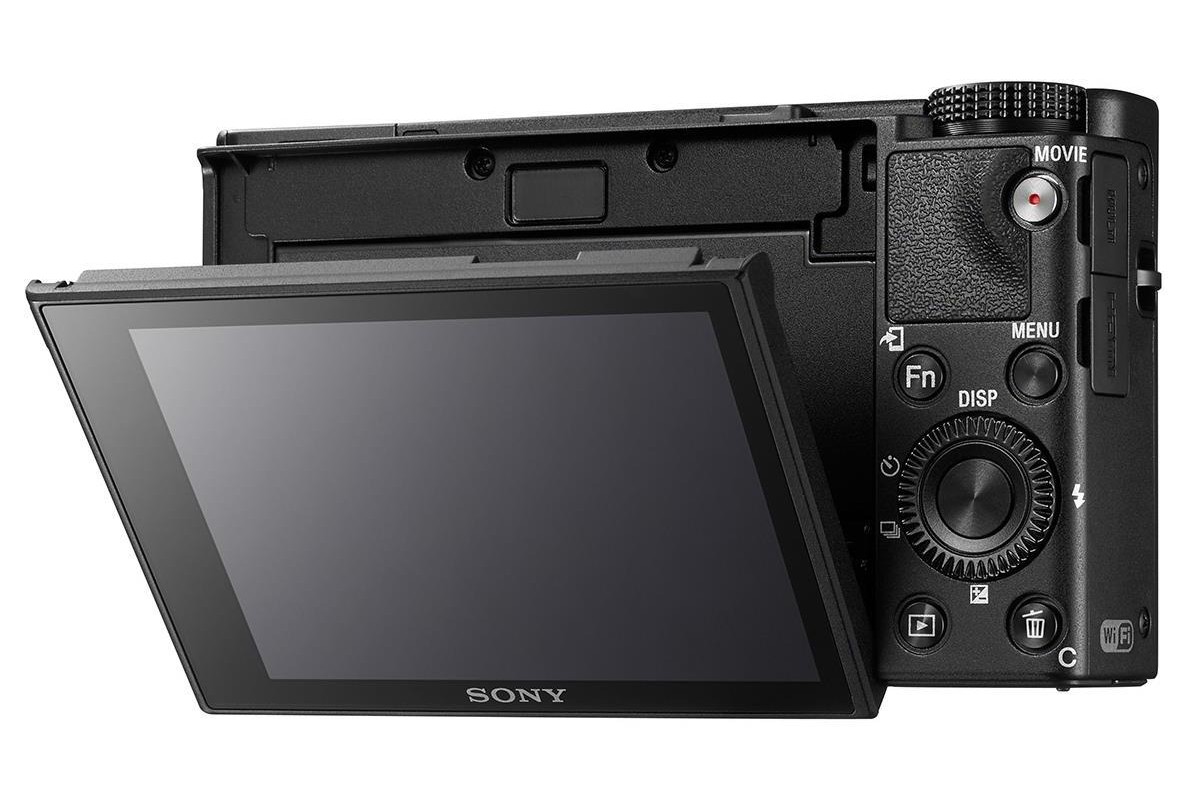 That includes the ability to shoot at 24 fps with continuous autofocus, 5-axis image stabilization, and a 3-inch touchscreen LCD.

It also shoots UHD 4K video at 30p or 24p as well as 1080p HD video for slow-motion footage, which makes this the best point and shoot camera for video by far.

This camera has an excellent autofocus system (as you’d expect from Sony) that features phase-detect points for improved performance.

There’s Wi-Fi and NFC for fast image transfer, a retractable 2.36-million-dot electronic viewfinder, and the LCD flips up so you can see yourself as you take selfies or film vlogs.

Once you decide on the best point and shoot camera to meet your needs, there’s a few must-have accessories that you’ll want to add to your kit as well.

From a functional camera strap to a rugged external hard drive to a handy travel tripod, the accessories listed below will give you the added capability of shooting more comfortably, more effectively, and for longer periods of time. 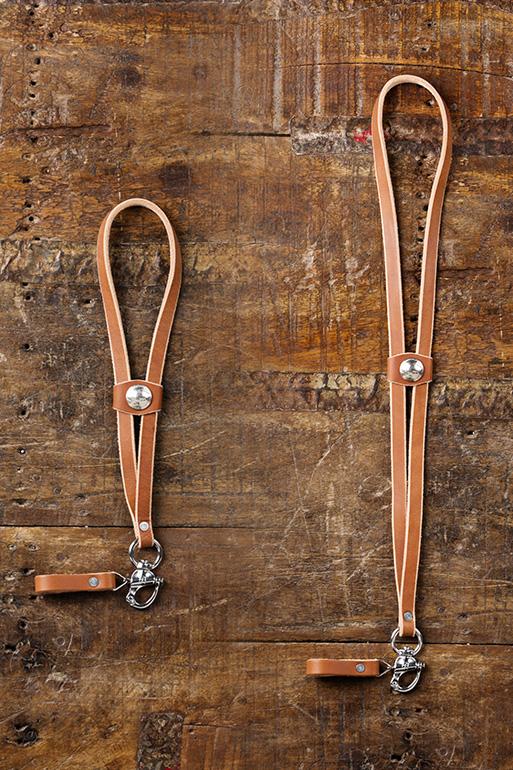 I’ve been a Holdfast customer for quite some time, and these guys continually impress with their ingenuity and commitment to developing quality products.

Their new Bolo Strap - which was specifically developed for point and shoot cameras, continues the Holdfast tradition of badass gear that’s functional, comfortable, and made to last. 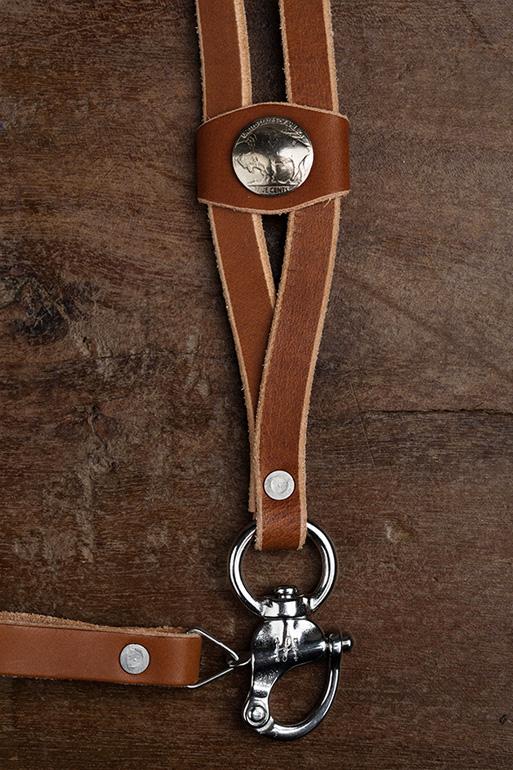 The Holdfast Bolo Strap comes in two lengths - a wristlet and an over-the-neck version - so you can customize how you want to carry your point and shoot camera.

Not only does this little strap look like a million bucks, but it’s also supremely functional. The built-in bolo allows you to cinch it as tight as you need to keep your camera safe and sound around your wrist or neck. 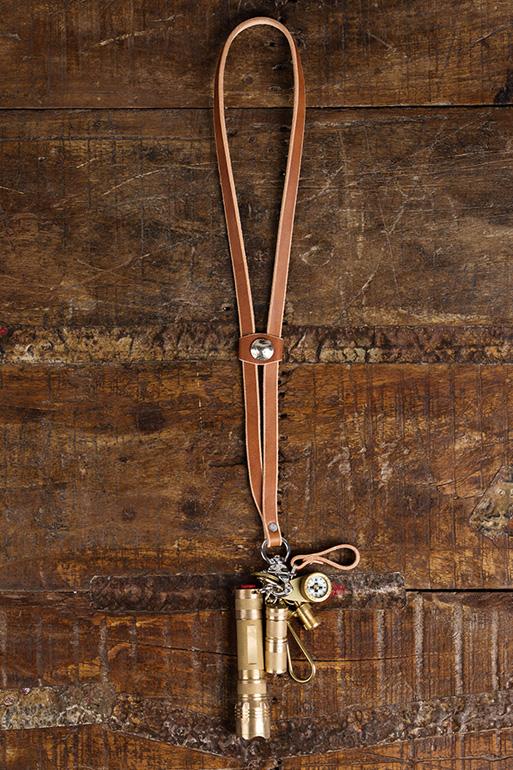 Made of premium full-grain leather, this strap will give you reliable and durable performance for years and years. The stainless steel hardware looks good too, and since it won’t rust, you don’t have to worry about the metal hardware cracking or failing.

If need be, you can also use the Bolo Strap to carry other small items - your wallet or your car keys come to mind.

In other words, Holdfast has done it again and created something that is beautifully crafted yet offers loads of functionality.

All images of the Holdfast Bolo Strap are by Brandon Burk 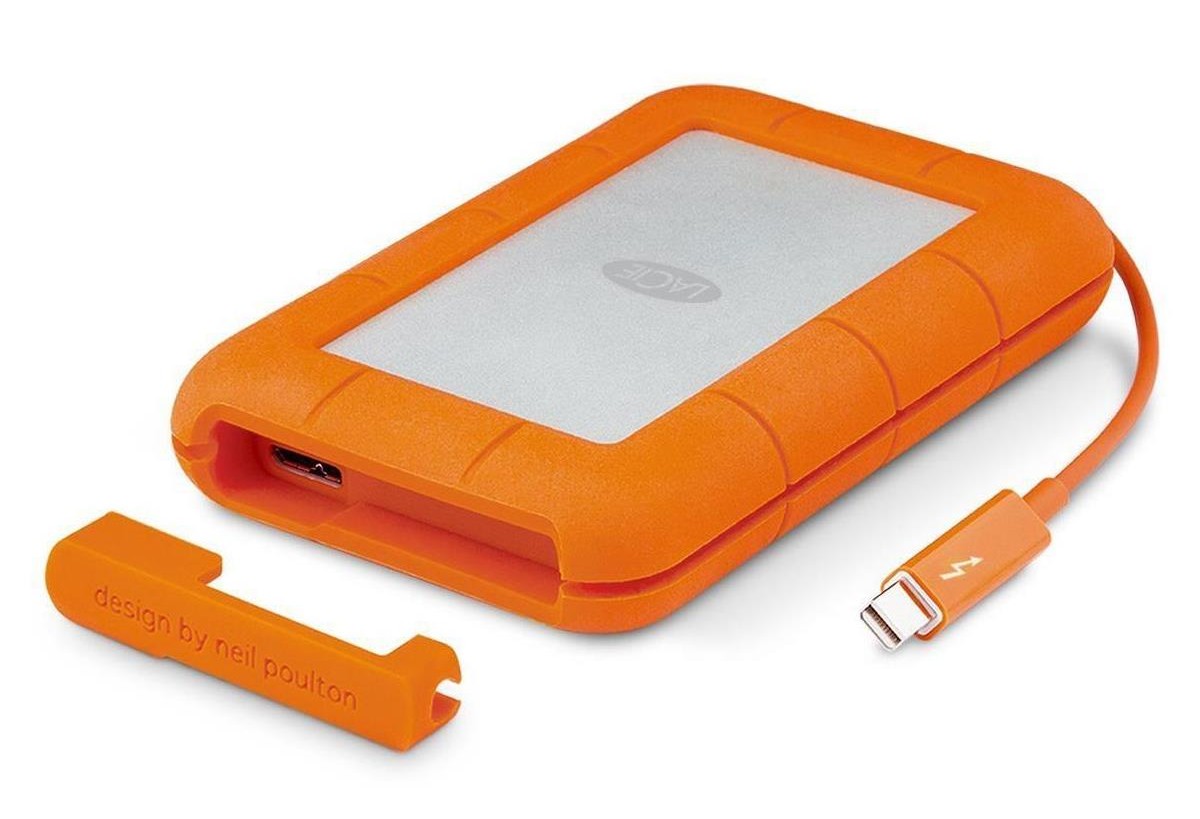 Since having a point and shoot camera means you can run and gun and take photos on the go, having a rugged external hard drive to keep your travel and adventure photos safe and sound is a must.

Like the Olympus Stylus Tough camera discussed earlier, the LaCie Thunderbolt/USB 3.0 2TB external hard drive is built like a tank and ready to go with you on all sorts of adventures.

Not only is it water-resistant, this thing is also shock-resistant and dust-resistant.

If you have a Mac, you’ll appreciate the speed of data transfer you get with the Thunderbolt connection. Otherwise, the USB 3.0 connection still offers excellent speed. 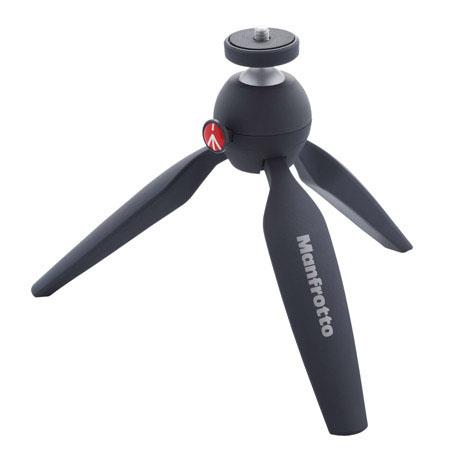 Even if your point and shoot camera has image stabilization, there will be times that you need to put your little camera on a tripod to get the sharpest images.

This Manfrotto Pixi mini tripod is an ideal companion for point and shoot cameras because it’s small, lightweight, and super portable.

It has a push-button mechanism that allows you to precisely position the ball head and lock it in place with one swift movement. You can even close its legs and use the Pixi as a handheld grip for shooting video.

This tripod is solidly built, so it will stand up to the use and abuse of your adventures. The rubber feet are a nice bonus as well, as they ensure the tripod stays in place so you can get the shot.