PT360: Episode 4 – Beware of These Sleazy Photogs, Get Great Wildlife Photography Tips, a New Lens Camera from Olympus, and More!

We’re a month into the PT360 blog, and we’re celebrating with some truly exciting rumors, reviews, and news. For Nikon lovers, catch a glimpse of what the D760 might look like when it’s released next year. Also check out the specs on a hot new lens camera by Olympus, the Air A01. We highlight a new how-to guide as well, 5 Important Tips for Wildlife Photographers. On a more serious note, we examine the role of photography in covering world events and explore how some people are taking advantage of the burgeoning street photography movement. Let’s get to it! 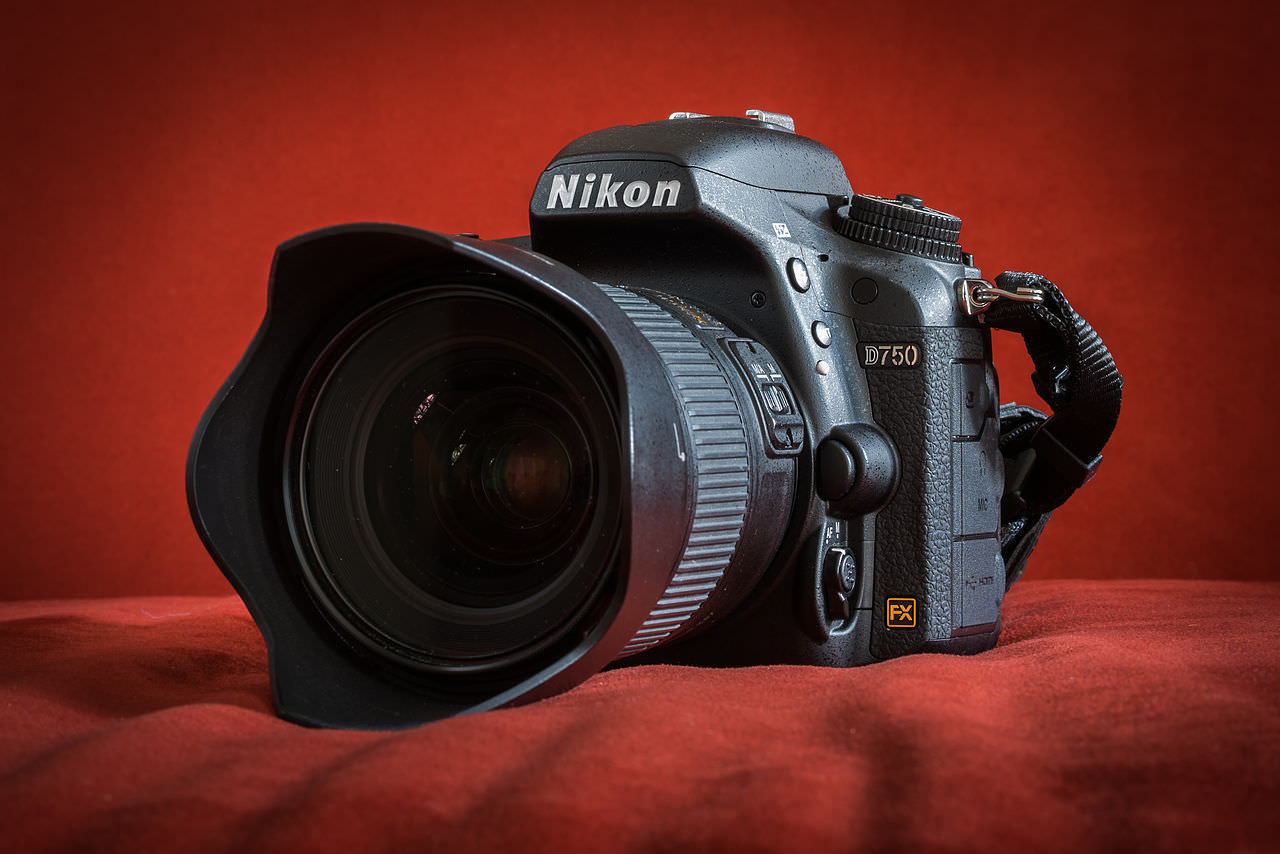 Nikon’s D750 only came out about a year ago, but that hasn’t stopped the folks at New Camera from taking out their crystal ball and seeing what might be in store for the D750’s replacement.

The D760, or so it is assumed it will be called, will likely keep the D750’s 24.3MP sensor. As an FX-Format CMOS sensor, it offers excellent resolution and sharp images that we’ve come to associate with Nikon’s DSLR camera lineup. New Camera also hypothesizes that the future Nikon will include a new, faster image processor, possibly of the Dual Expeed 4 or Single Expeed 5 variety.

These are exciting possibilities to look forward to if you’re a Nikon customer!

Some Shady “Teachers” are Taking Advantage of the Street Photography Craze

Street photography has been a popular genre for decades, but with the advent of mobile phones, social media, and cool gadgets and gizmos that make street photography more accessible to the everyday Joe, it’s popularity has exploded.

Some entrepreneurs have noticed the possibilities of offering street photography lessons and have capitalized on the fatness of wallets and eagerness of many folks to learn the craft. While there is certainly no problem with earning an income from providing a service, there are some street photography “teachers” that seem to be in it just for a quick buck, rather than to actually teach anything of value.

As reported in the Huffington Post, some street photography teachers have adopted a code or set of rules that really serve no purpose, other than to demonstrate their lack of training and desire to dream up a curriculum to lure in newbie photographers. For example, one street photography teacher encourages his clients to “never, ever crop.” This is ludicrous, says Michael Ernest Sweet, the article’s author, because cropping has deep roots in the photographic arts. Besides, what if there’s a random arm or a light pole protruding into the frame? Are you supposed to leave it there? 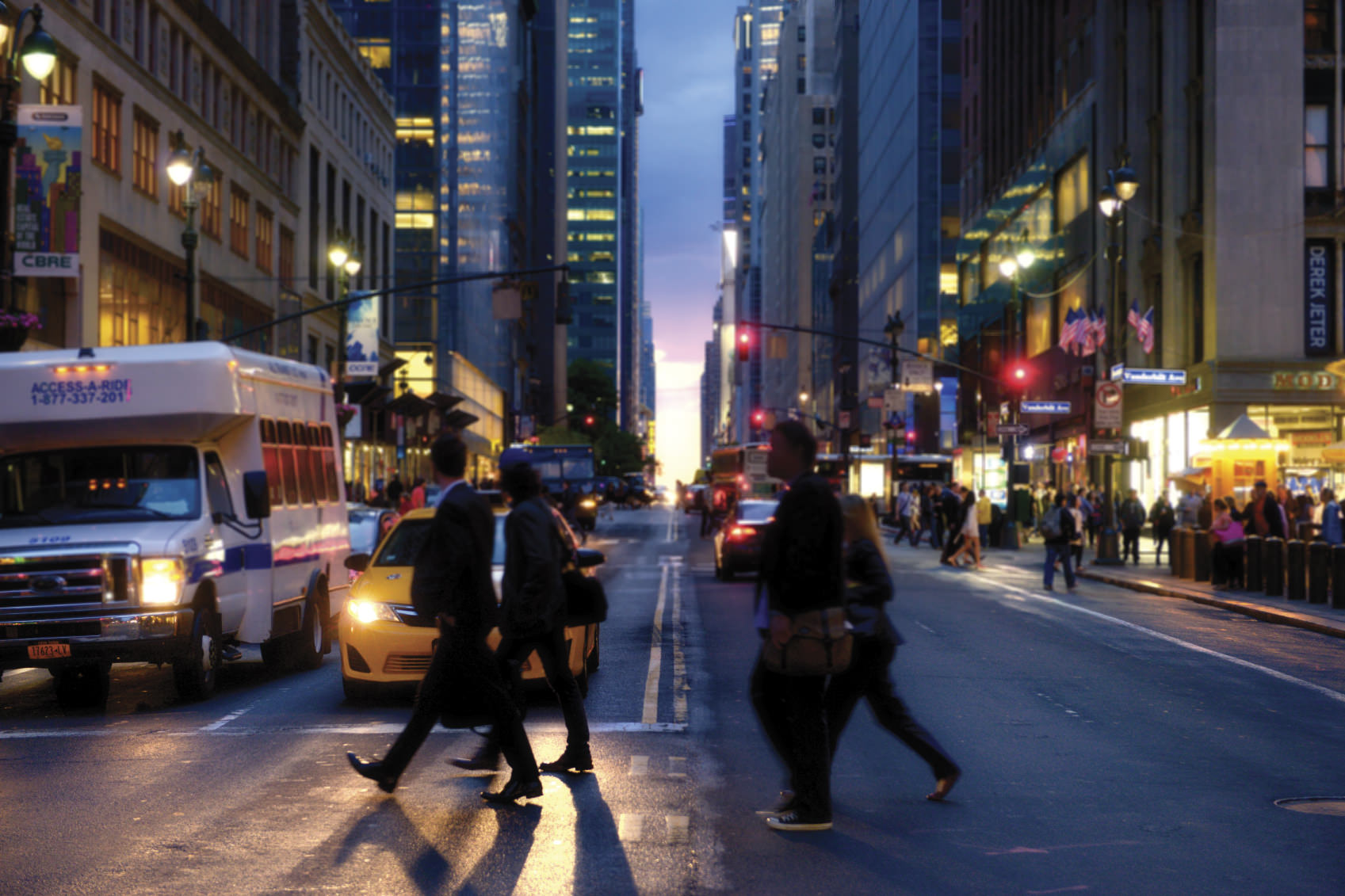 The HuffPost article goes on to explain other nonsensical rules, like “no posing, everything must be candid” and “street photography is all about getting close, really close.” Sure, photography has many rules – both spoken and unspoken – but those rules are often broken, many times with fantastic results. In the end, how you create your vision of street photography is just fine, whether you adhere to any rules or do so with reckless abandon.

Bettering yourself as a photographer is a noble pursuit to be sure. There are many great photographers out there that offer workshops of all kinds. But there are some shady characters as well. So if you decide to participate in a street photography workshop, just make sure the teacher has the street cred to back up what they’re saying! 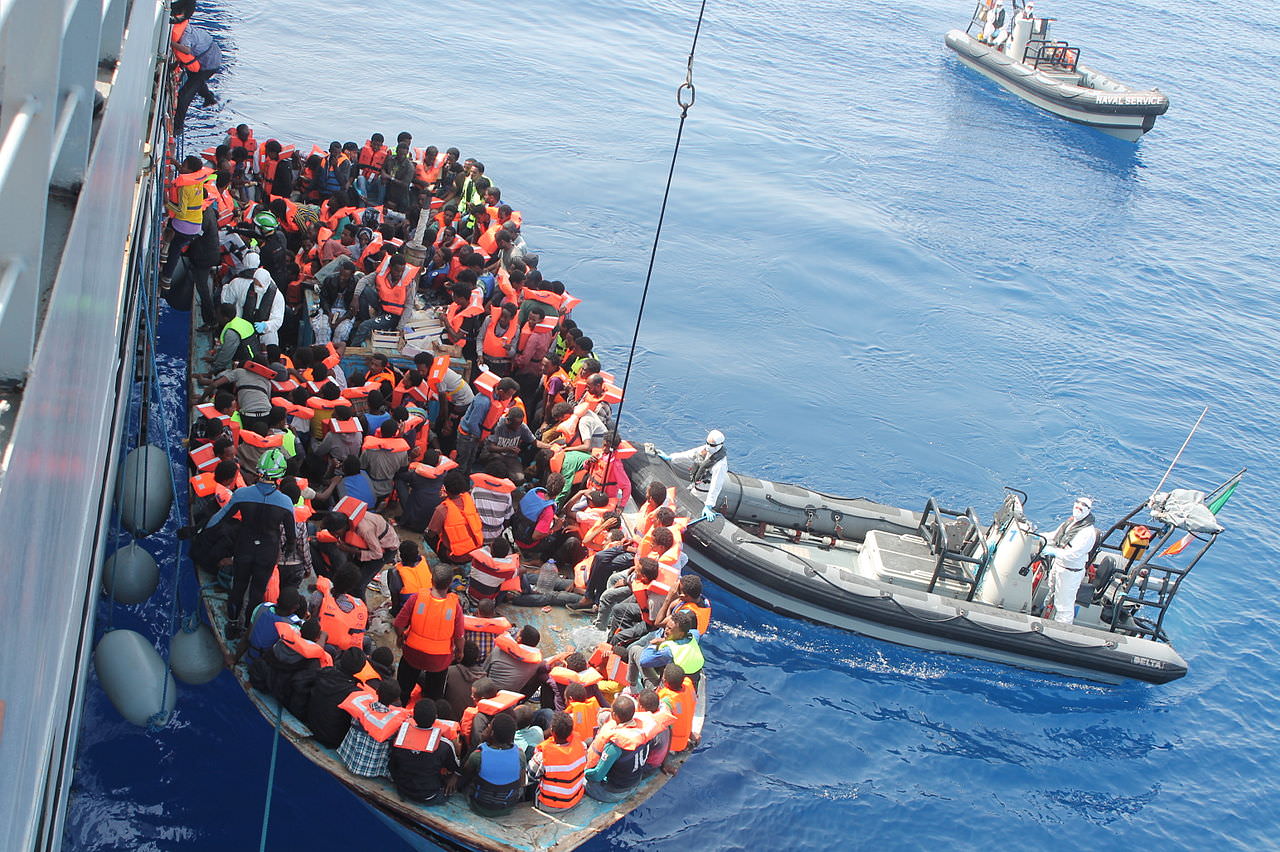 By Irish Defence Forces [CC BY 2.0 (http://creativecommons.org/licenses/by/2.0)], via Wikimedia Commons

When we speak of viral images, we often think of something involving a Kardashian or Grumpy Cat. While the entertainment value of those kinds of images is often high, they are often not of a lot of substance.

However, a recent viral photo of Aylan Kurdi, a three-year-old Syrian refugee that drown while fleeing his homeland, demonstrates that sometimes viral photos are of the type that can bring the world to its knees.

The Los Angeles Loyolan examined the impact of the photo, noting that people the world over shared the image not because of its shock value, but in an effort to raise awareness of the crisis in Syria and the larger European migrant crisis. More so than any news article could have done, the photo of little Aylan induced people to learn more about the crisis and endeavor to do something positive about it, be that donating money to international organizations to help refugees find safe harbor or simply having a conversation with others about the state of world affairs.

Photography isn’t just about taking cute pictures of puppies or stunning sunsets at the beach. Instead, photography, as seen in this instance, has a real power to effect change and inspire people to work for the better of humanity.

Photography Quote of the Week

“Photography takes an instant out of time, altering life by holding it still.” – Dorothea Lange

The Olympus A01 is Small Enough to Fit in Your Pocket 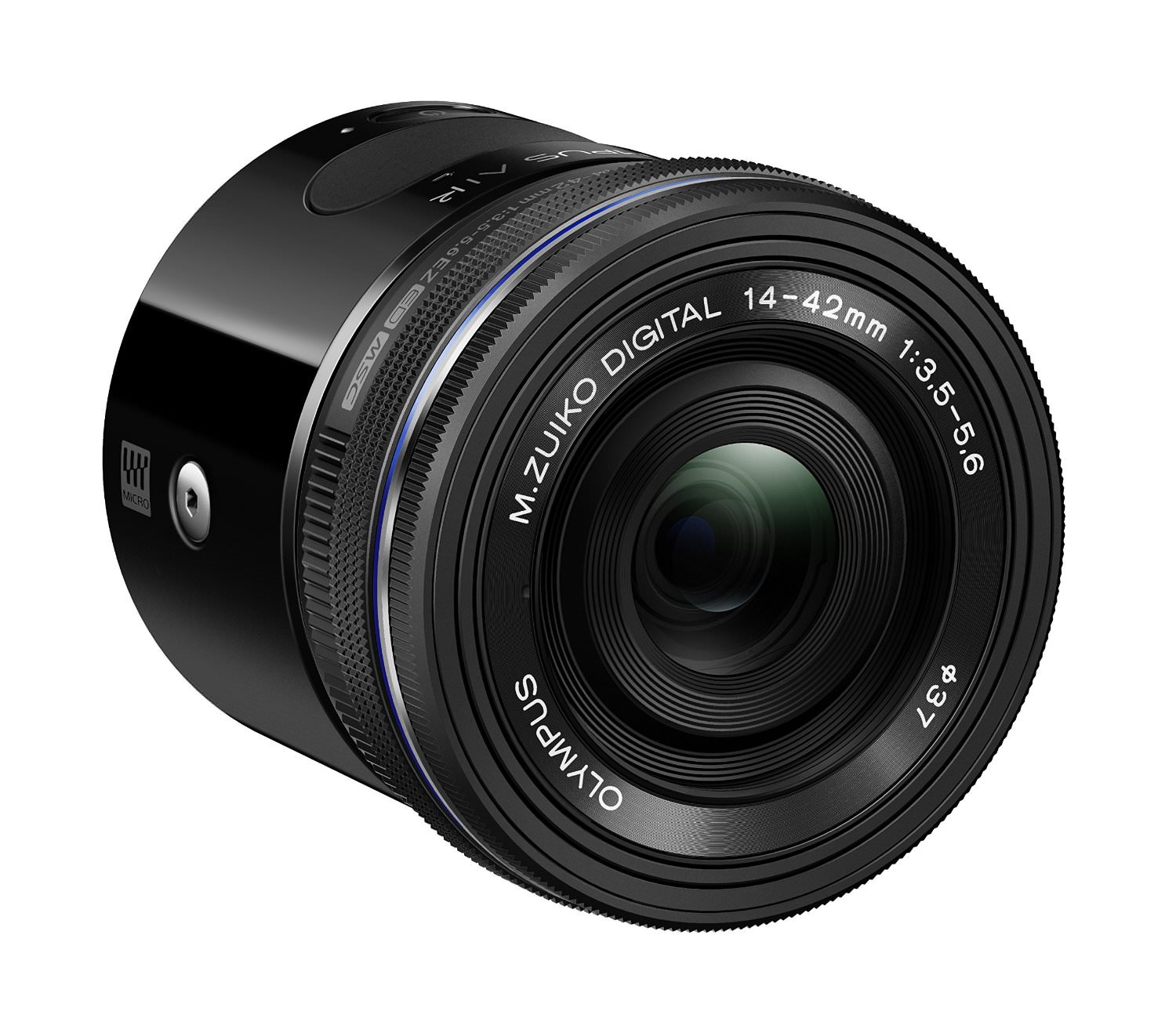 If you’ve never seen or used a lens camera, it’s quite something to behold. Like the Sony QX1, the Olympus A01 is a compact camera without a display, so you have to use it in concert with a tablet, or better yet, your smartphone, to compose your shots. A few years ago this might have seemed like a rather stupid idea, but with the proliferation of smartphones and ever-increasing quality of small cameras, this whole lens camera thing may actually have a future.

The A01 communicates with your mobile phone or tablet via Wi-Fi and the Olympus Air mobile app. The camera has a 16-megapixel sensor and TruePic VII image processing, which gives you surprisingly good image quality. It’s micro fourth-thirds mount means it’s interchangeable with Olympus’ robust line of micro four-thirds lenses, giving you even greater options to take photos with your tablet or smartphone. However, likely the coolest feature is the FAST AF system, which allows you to quickly and accurately select a focus point simply by tapping a location on your device.

The following are A01’s primary specs:

While the battery life and the lack of a mechanical shutter leaves something to be desired, all told, the Olympus Air A01 is a great little camera that can produce stunning images, all the while being small enough to fit in your pocket. It also helps that you can set the camera up just about anywhere and snap photos from your smartphone or tablet, so long as you’re in Wi-Fi range.

The New York Public Library’s current display, Public Eye: 175 Years of Sharing Photography, is a time-traveling affair that takes visitors from today’s world of Instagram, hashtags, and selfies, and transports them through time back to the days of old, when photos were only printed and published in newspapers, magazines, and the like. Viewers enter the exhibition by passing under a “selfie mirror” and complete the tour by examining the very first kind of photograph – the daguerreotype.

While it might seem at first that selfies and daguerreotypes don’t belong in the same exhibition, the central purpose of Public Eye is to reinforce the idea that the social nature of sharing photos isn’t a new concept. Rather, photography has been a social endeavor ever since the first image was taken. With images that span from 1850s Egypt to 1940s American circus performers to 1970s Brooklyn and beyond, the collection is a hodge-podge of topics, but one that is definitely worth the time to inspect.

If you’re interested in wildlife photography, we’ve got a great introductory article for you! In a recent addition to our collection of beginner photography tips, we outline five things you need to do before you ever set foot in the wilds. 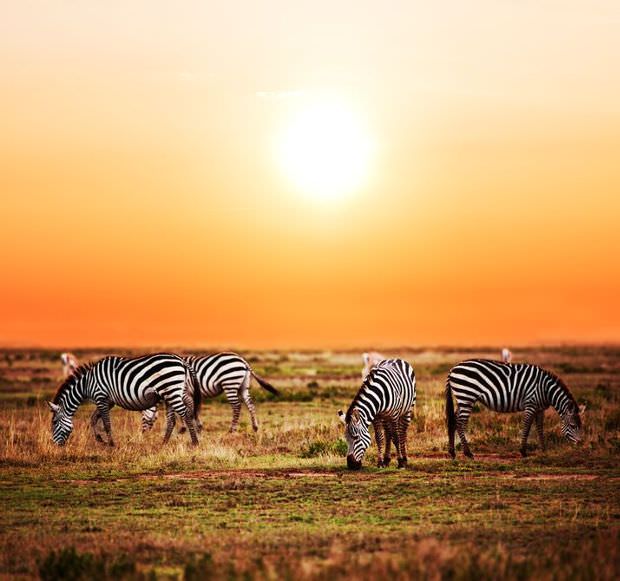 Perhaps the most important tip offered in our article is to put safety first. All too often, we hear about photographers getting far too close to animals and suffering the consequences – be that minor or major injuries or even death. But more than dangerous wildlife, you’ll need to be aware of changing environmental conditions. The weather can turn at any moment, the tree branch you’re sitting on can give way, or the trail you think is perfectly safe may soon come way to close to a cliff’s edge.

Sure, there are many other keys to great wildlife photography, from knowing your gear to composing and framing your shots in an aesthetically pleasing manner. But none of that matters if you don’t first make safe decisions that will allow you to make those outstanding captures.

Read more about wildlife photography on Photography Talk and learn all the basics before you head out on your first wildlife shoot. 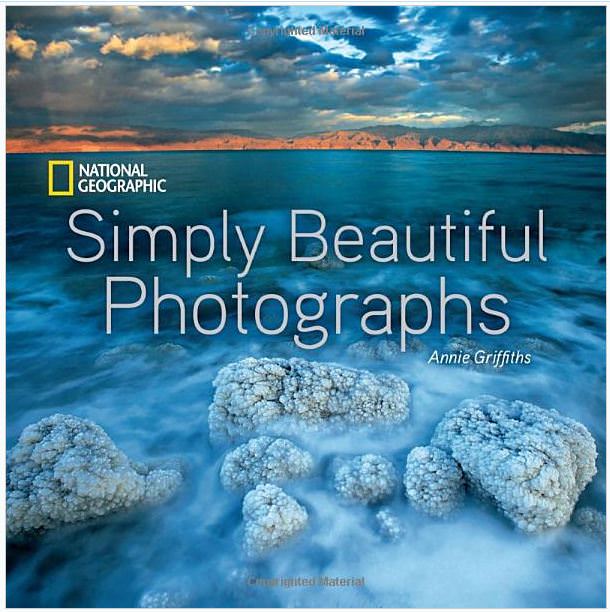 If you’re looking for some inspiration, look no further than this week’s Book of the Week selection. National Geographic Simply Beautiful Photographs offers a glimpse into the venerated collections of National Geographic. With stunning imagery from around the world, the book is organized around several central concepts of photography: light, motion, wonder, composition, palette, gesture, and emotion.

The star of the show, as it should be, is the imagery. But the book also offers insights from photographers and other artists whose words give a deeper meaning to each photo. Even better, many of the images in the book are available for purchase as prints. National Geographic Simply Beautiful Photographs is available on Amazon for as little as $19.67 for hardcover or $14.99 for Kindle.