From SWAT teams to Instagram to new gear and gizmos, this week’s edition of PT360 is filled to the brim with odd, exciting, and useful nuggets of information from the last week in the world of photography. In the news, meet the woman whose tripod was mistaken for a machine gun, and learn about the newest photo sharing apps that are attracting people away from Instagram. Have a quick look at some upcoming gear from Panasonic and Leica, and explore a neat portable photo studio as well. We’ve also got some great photos to check out and a quick tutorial on improving indoor photos too. Get ready and dive into PT360!

BTW Happy Thanksgiving friends!  With tomorrow being Black Friday, we have found the 7 best Black Friday specials to help you save $$.  See them HERE.

Tripod Mistaken for a 6-Barrelled Mini-Gun; Police Respond in Force 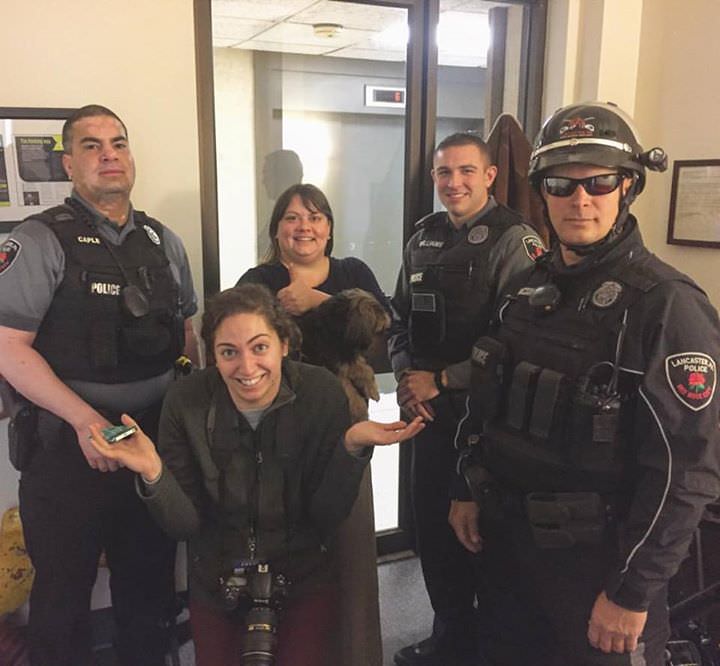 It was just another day at the office in Lancaster, Pennsylvania last week. That is, until someone mistook a photographer’s tripod for a machine gun and called 911.

ABC News reports that the call to 911 was placed at 11:00 am last Wednesday. Unsurprisingly, police responded to the reported threat with great force, wearing SWAT gear and searching the office building floor by floor to ensure the safety of the occupants inside.

In their futile search for a gunman, police found a photographer from the local newspaper instead. As it turns out, she had a tripod that, from a distance, could have been mistaken for an enormous 6-barreled machine gun. At that point, it was clear a mistake had been made.

Nevertheless, police praised the caller for doing the right thing. Lt. Todd Umstead was quick to point out that police would prefer to respond to a false alarm than the real deal. Plus, the misunderstanding led to the amazing photo above, which building tenant Industrial Resolution posted to their Facebook page.

Instagram Losing Value as a Platform for Aspiring Photographers 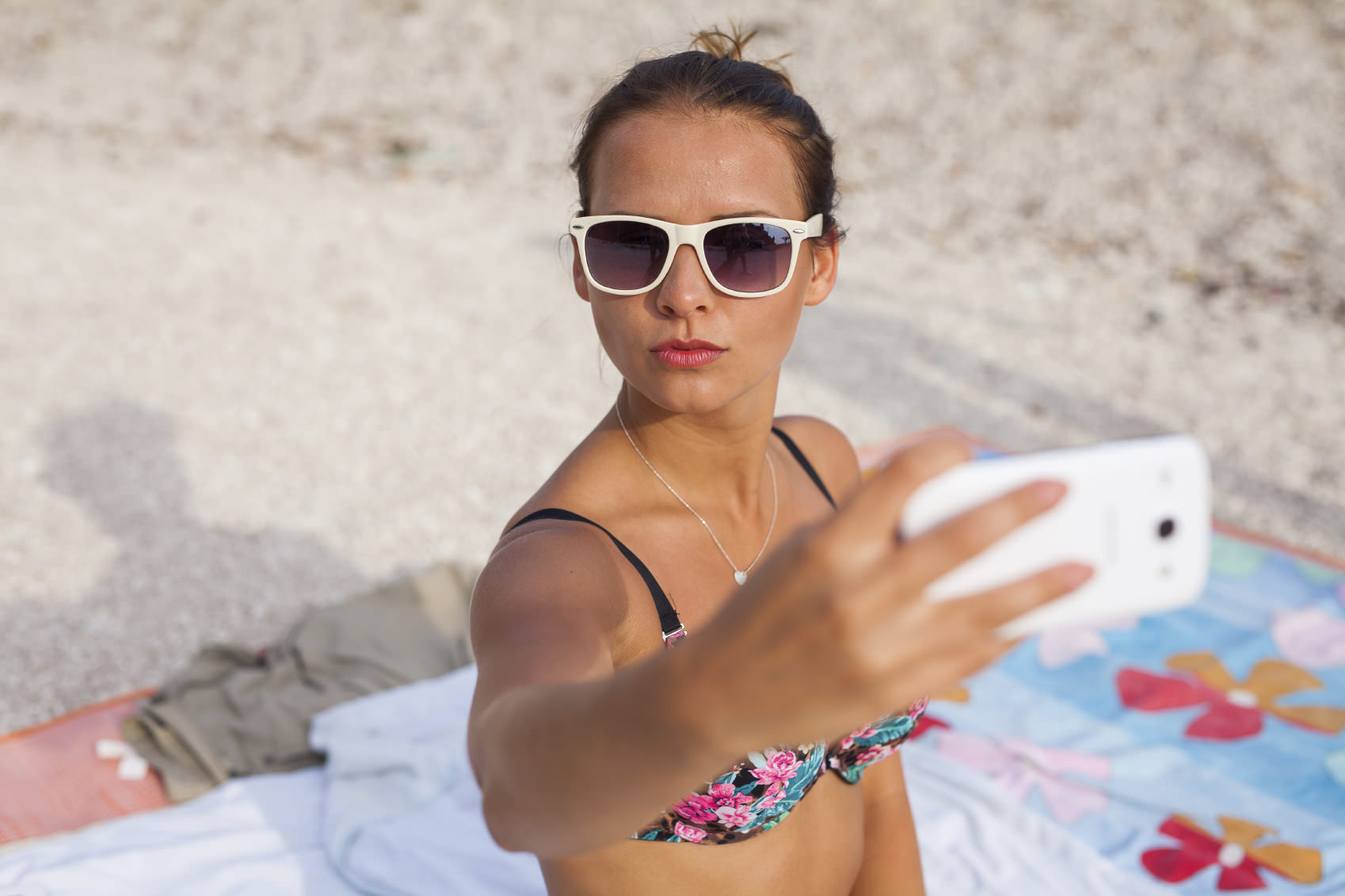 Instagram has been an incredible success since its inception in 2010, and it has been a launching point for countless photography careers since then. But now, with over 400 million users worldwide, it’s becoming ever more difficult for aspiring photographers to stand out from the crowd and get noticed.

When Instagram was a small community, photographers of all skill levels were able to connect with one another on a much more personal scale than is possible today. People that just had an iPhone and had no idea what they were doing could (relatively) easily interact with other aspiring photographers, enthusiasts, and professionals, grow as a photographer, and maybe even get some paid gigs all at the same time.

Not to knock Instagram, but now it’s more of a place for teenagers to share selfies than it is a place for people to learn photography skills. That’s why Instagram is no longer the best place for photographers to launch a career.

Other mobile photography apps have since come on the scene and are viewed by people in the industry as a place to go to hone one’s skills. Apps like EyeEm and Snapwire have integrated marketplaces where members can upload and sell their images. But since the success of these platforms depends on the success of its members, they have a vested interest in attracting good talent.

That’s why EyeEm and Snapwire both offer educational content to help users develop improved skills. Executives at both companies have teams constantly on the lookout for new talent, and feature that talent often, making the likelihood of discovery much greater for the most talented users. Members can network with other photographers, get in contact with potential clients, and participate in contests as well.

The result is like the Instagram of old – a well-developed and supportive community that is pushing the boundaries of what mobile photography can be.

Read more about EyeEm and Snapwire at Quartz.

Panasonic Ups Its Game With Crazy (and Useful!) New Feature

Panasonic’s new Lumix camera will feature something called “Post Focus,” which allows you to take several photos with several different focus points with just one click of the shutter.

To make Post Focus an even handier feature, the camera has a 5x-magnified view with fine adjustments so you can make pinpoint adjustments to get the perfect image.

Perhaps the best part of this feature is that it’s free. Panasonic will release Post Focus for several cameras in its DMC line via a firmware update on November 25, 2015. 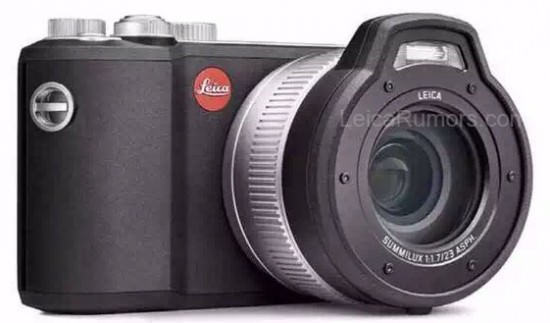 Leica is known for making some epically good gear. But until now, they’ve never ventured into the underwater camera game.

Judging by the image Leica Rumors posted last week, the new X-U Typ 113 camera looks to be a beast. It’s waterproof to nearly 50 feet and can withstand a drop of 4 feet or less. The camera is coated with anti-skid rubber armor for easy gripping as well.

There aren’t many details on the technical front. It will have a built-in flash and a 35mm f/1.7 lens with a manual focusing ring.

Leica Rumors reports that an official announcement about the camera will be made by year’s end. 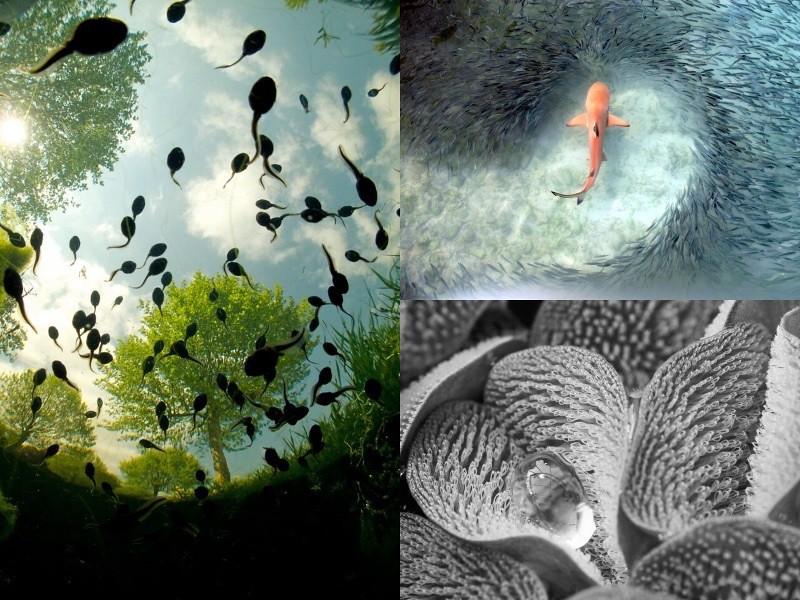 The Royal Society recently wrapped up its first photography competition in which participants were asked to highlight the power of photography in science. More than 1,000 entries were examined, with ten images making the final cut.

The winning image, featured above left, taken underwater by biologist Bert Willaert, features a group of tadpoles cast against the bright blue sky above. The image was selected for its unusual perspective that gives viewers insight into how a tadpole sees the world in which it lives.

Learn more about the event and have a look at the other top vote-getters on The Royal Society website.

Product photography may not be your thing, but you might consider a move into that realm if you can get your hands on the Foldio2 by Orangemonkie.

Foldio2 is a foldable, portable photo studio that collapses flat for easy carrying. At just 15 inches square, it’s small enough to easily carry around but when opened, it’s large enough to place objects inside and snap high-quality photos.

This little gadget comes with an LED light strip that washes the studio in bright light. There’s also a diffuser if you want to diminish shadowing, and a built-in dimmer switch to create some mood lighting for your products.

The kicker is that all this is intended for use with your smartphone. Download the Foldio app and get special functions and settings that allow you to take better photos. Sharing is easy too with integration with Instagram.

Learn more about Foldio2 or place a pre-order ($75) at Orangemonkie.

Say Goodbye to Fuzzy Indoor Photos With These Easy Tricks 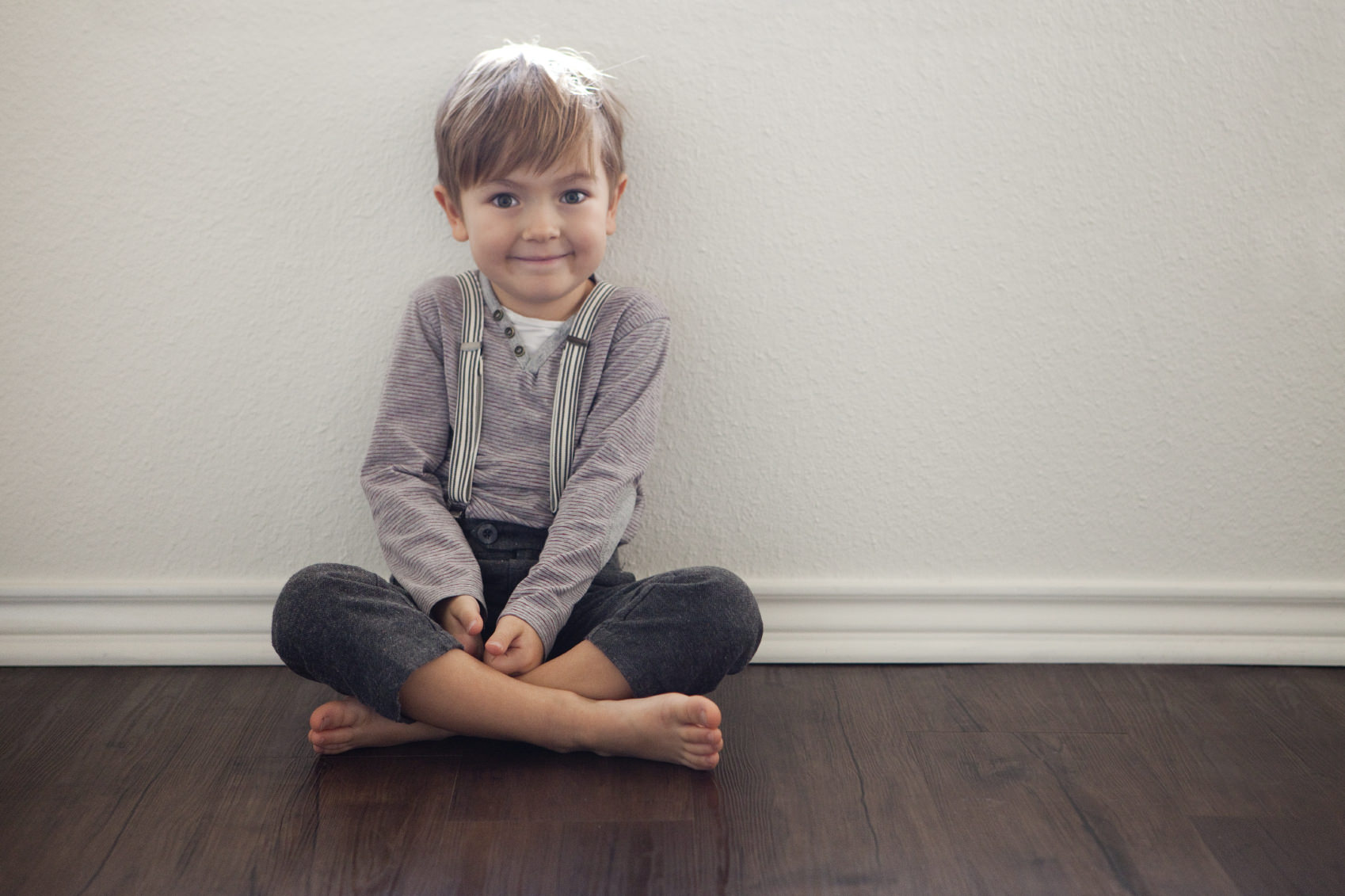 If you’ve got a case of fuzzy indoor photos, the problem is likely the result of not having enough light, dialing in the incorrect ISO setting, or having a shutter speed that’s too slow.

Fortunately, overcoming these issues is quite straightforward.

Even when there is plenty of light in a room for you to see, your camera may still struggle, so adding light to the situation will be the easiest and most productive fix. If available, turn on extra lights in the room. A lamp or two may do the trick. If not, use a flashgun with a diffuser to bounce light around the room. Of course, the best solution would be to move your subject nearer a window to capitalize on natural light.

Of course, adding lighting isn’t always an option. The culprit of fuzzy photos is often due to an ISO that’s way too high. After all, when there’s a lack of light, it’s necessary to boost the ISO to increase the camera sensor’s sensitivity to what light is there. But the higher the ISO, the more likely it is that noise will appear in the image. Do what you can to minimize the ISO (try to keep it at 800 or below) and you will minimize the fuzziness in the image. The extra lighting will help in doing this, but so too will adjusting your shutter speed and aperture.

Since a slow shutter speed can cause indoor fuzziness, use a tripod so you can stabilize the camera and use a slow shutter speed without the risk of camera shake. Most people can effectively hand hold a camera without camera shake down to 1/30s. But on a tripod, you can extend that timeframe as long as you need to in order to collect the light you need for a clean shot. If you haven’t got a tripod, set the camera on another stable surface, like a countertop or table.

If you absolutely must hold the camera, you can adjust the aperture to allow for a faster shutter speed. You may have to sacrifice some depth of field and open up the aperture (to the f/1.4-f/5.6 range) to collect the light needed to speed up your shutter and lower your ISO.

Fine-tuning these adjustments can be a bit of a process, but with a little bit of practice you will be able to dial in the best settings and get indoor images that are clean, crisp, and sharp.