In this episode of PT360, we go behind the scenes of Super Bowl 50 to inspect some fancy new cameras they’ll be using this year. We also investigate a self-flying camera, a Leica camera that’s one of only 50 ever made, and the new reboot of the Olympus Pen-F. Read about a mom whose photography literally saved her son’s life, Nikon’s epic Photoshop fail, and explore the fluffy world of cat photography as well!

Last year, the Super Bowl had “only” 40 cameras. A year later, that just won’t do.

To celebrate the 50th anniversary of the world’s biggest sporting event, CBS Sports is unveiling a 70-camera system that includes some truly remarkable technology that’s sure to make this year’s game a joy to watch no matter the outcome of the game itself.

In addition to an updated skycam and pylon cams, CBS will introduce viewers to Eye Vision 360, a replay camera that can freeze any aspect of the game and revolve 360-degrees around the play to offer viewers at home a first-person view of any play or player.

If it sounds like fantasy or like something out of The Matrix, it isn’t. It’s just a lot of cameras synced together!

There will be 36 cameras ringing Levi’s Field, each shooting the event in 5K resolution to create a single 360-degree view. And, since the technology will be used for replays, it has the capability of superimposing the virtual first-down lines that we’ve grown accustomed to as well.

With all the camera innovations happening this year, it’s exciting to think about where home viewing of NFL football will be in a few more years!

Read more about this new camera system at Wired.

An Arizona mother is giving credit to her camera’s flash for alerting her to a potential problem with her son’s eyes.

Like any other parent, Andrea Temarantz used her mobile phone to take frequent pictures of her child. But when photographing her son, a four-month-old named Ryder, Temarantz noticed a white glow in his left eye.

At first, she blamed the phenomenon on a bad camera phone flash. But when the white glow appeared in photos she took with a Nikon D3300, she became concerned and took her son to the doctor.

As a result, Ryder was diagnosed with retinoblastoma in his left eye. The condition resulted in the development of a white mass in the back of Ryder’s left eye, which reflected the light from his mother’s camera and produced to strange white glow.

Fortunately, Temarantz's keen eye caught the abnormality early enough – the tumor had not spread to other areas of Ryder’s body. Even though 50% of children with this condition die, Ryder has a 99% chance of living tumor-free. 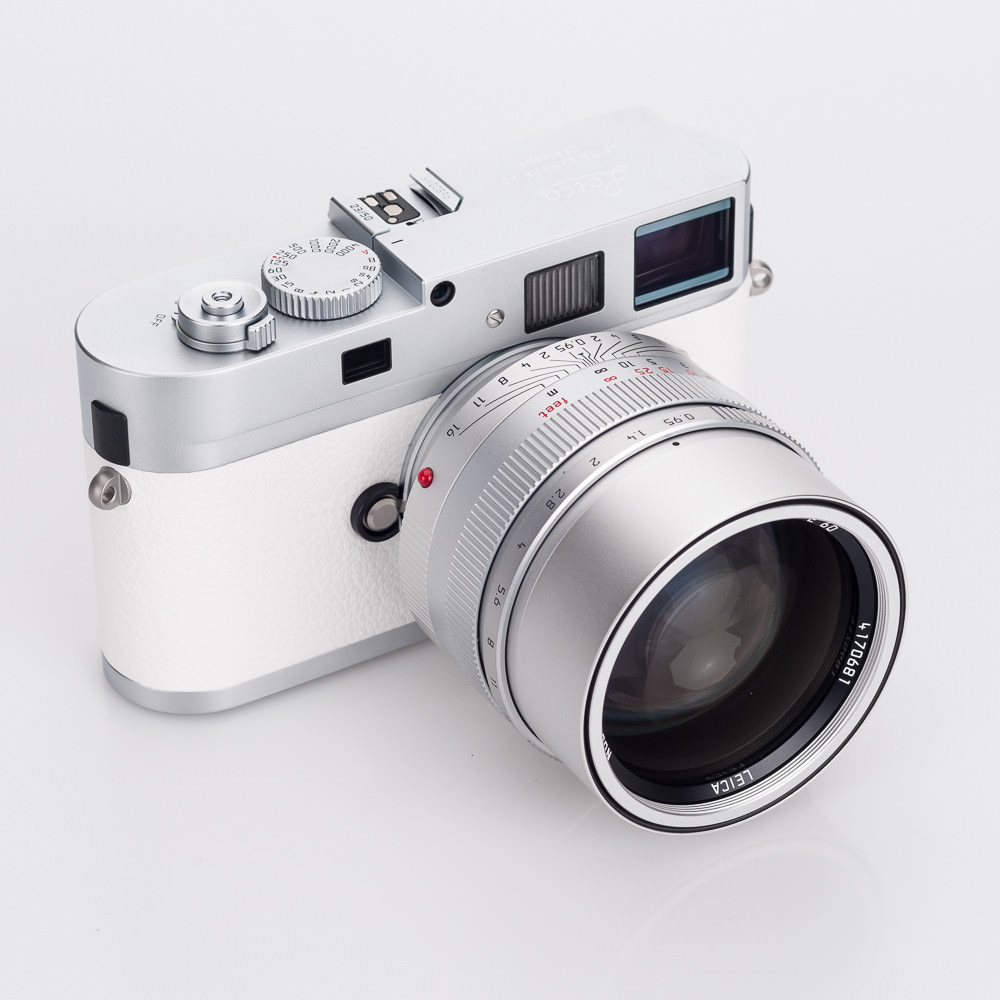 If you’ve got a spare $50K floating around, have we got a great recommendation for you!

Leica’s silver chrome and white leather-clad M9-P camera is one of the most gorgeous cameras ever made. It’s also among the most rare too, with only 50 of them produced back in 2012.

Camera number 23 is up for sale at Miami’s Leica store. If you need further motivation to buy it, it sports the world’s fastest aspherical lens. Silver front and rear lens caps, a Leica battery with charger, a white leather carrying case, and the original box are included in the price. What a deal!

Get more details about this camera and where to buy it at High Snobiety. 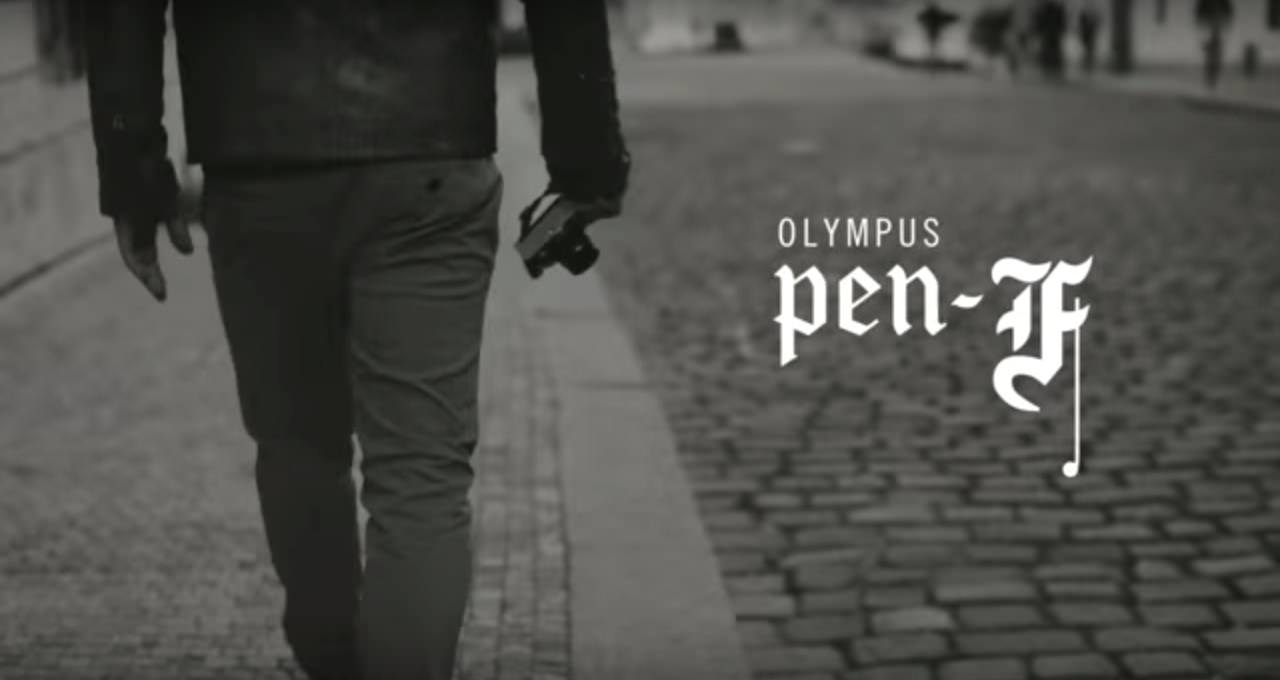 We first reported on the upcoming Olympus Pen-F two weeks ago before many details were known about the camera. But now we know much more about this exciting reboot of Olympus’ classic 35mm camera.

For starters, the Pen-F will feature a brand spanking new 20-megapixel micro four-thirds sensor that will allow purchasers to use various existing lenses in the Olympus line. The camera has a swiveling 3-inch touchscreen and an OLED viewfinder as well. Fancy features like Wi-Fi capability, 5-axis image stabilization, and mid-century modern aesthetics that make it look like a camera your grandpa bought in the 1960s, also make the camera worth a serious look.

Other goodies include an autofocus system that allows you to switch autofocus points while you’re in the act of shooting. Users will also be able to take advantage of what’s called “high res shot” mode, which moves the sensor in between shutter releases to create an image that’s 50-megapixels. RAW shooting at 10fps and long-exposure capabilities round out some of the more impressive features in this little compact camera.

Check Out This Incredible Flying Camera!

While the term “flying camera” probably evokes mental images of a drone, this is not a drone.

Instead, the flying camera by startup company Lily is quite literally a flying camera. No piloting skills are required. Its onboard cameras each have a separate microcontroller that make orderly, stable flight a possibility, all the while taking pictures and recording videos.

In fact, Lily is working out a few technical details that will allow the camera to follow you around, moving with your every movement to create a seamless video of whatever it is you’re doing. Backyard football sessions or playing fetch with the dog can now be turned into high-quality aerial images. How cool is that?

Oops of the Week

Nikon Gives Photography Award to Photographer That Faked the Image 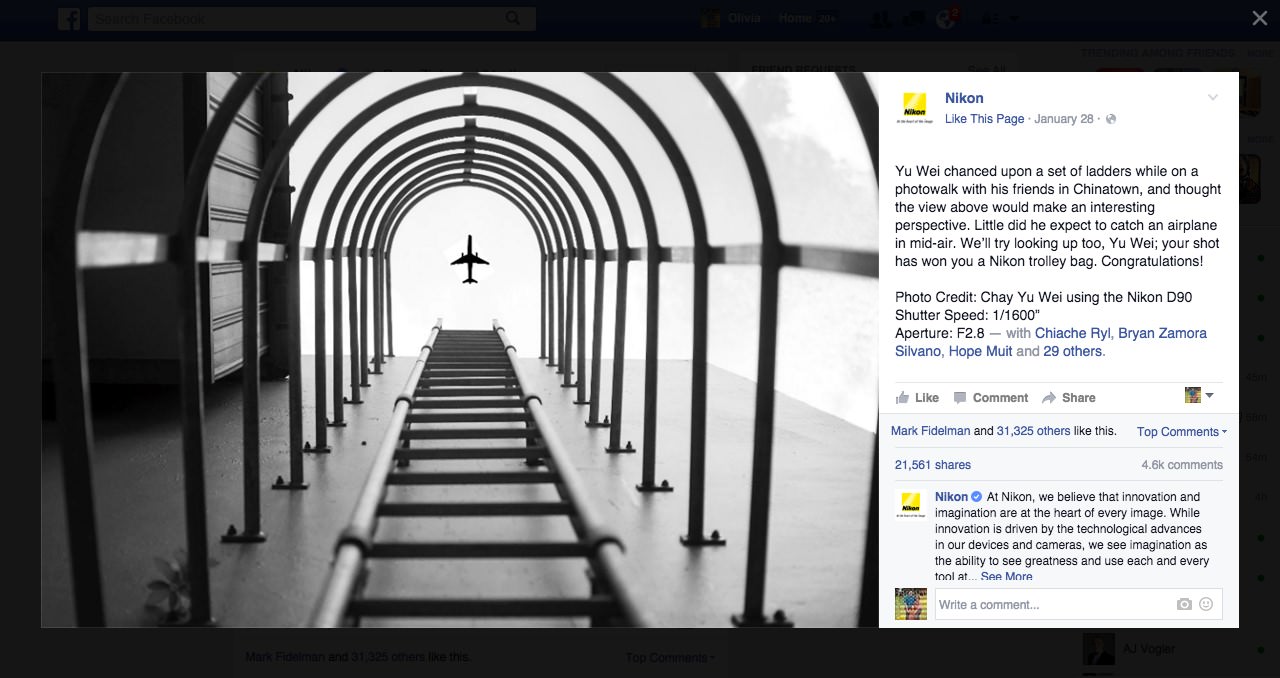 Nikon Singapore recently held a photography competition and awarded its top honor to the image above.

The problem is, the image was Photoshopped, which Nikon evidently didn’t notice.

The amateur photographer that took the shot claimed to have caught the airplane in a perfect frame as he ascended a ladder. However, eagle eye photographers the world over noticed immediately that the image was a fake.

Now, the image has gone viral, along with some pretty hilarious versions created by Nikon fans that weren’t too excited the company selected for its winner a photo that was so clearly manipulated. The parodies of the image involve everything from Darth Vader to a roller coaster full of monks.

Apparently Nikon is taking the whole idea of “there is no such thing as bad press” to a whole new level!

Check out a few of the best parodies of this image at the Mirror. 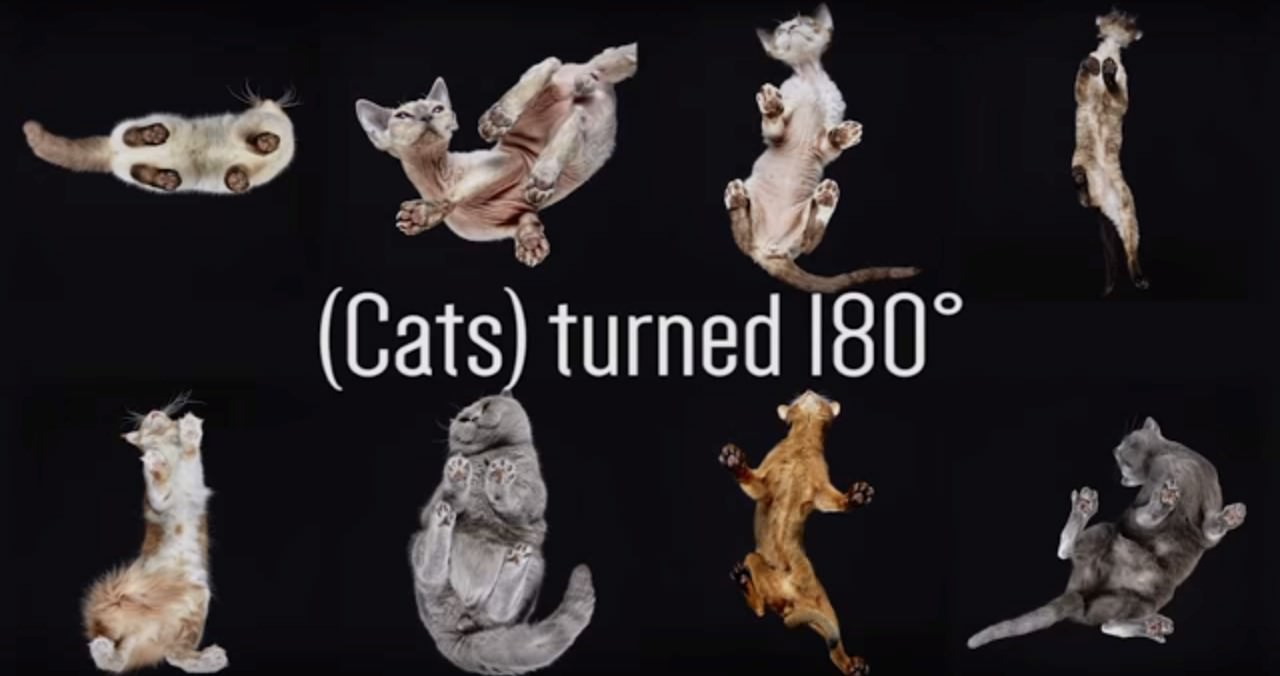 Pet photography is an enormous industry that rakes in millions upon millions of dollars each year from adoring pet owners that want to immortalize their best friend in photographic form.

But bored with the same old cat portraits and poses, photographer Andrius Burba set out to turn cat photography on its head.

Burba opened a unique cat portrait studio at the recent International Cat Show in Vilnius, Lithuania. The result is a series of adorable – and unique – portraits of the best felines in the world. Watch the video below for behind-the-scenes footage of how all this took place.