PT360: Episode 25 – Soviet Camera Found in Oregon, A Photobombing Horse, an Incredible New Sony Camera, and Much, Much More! 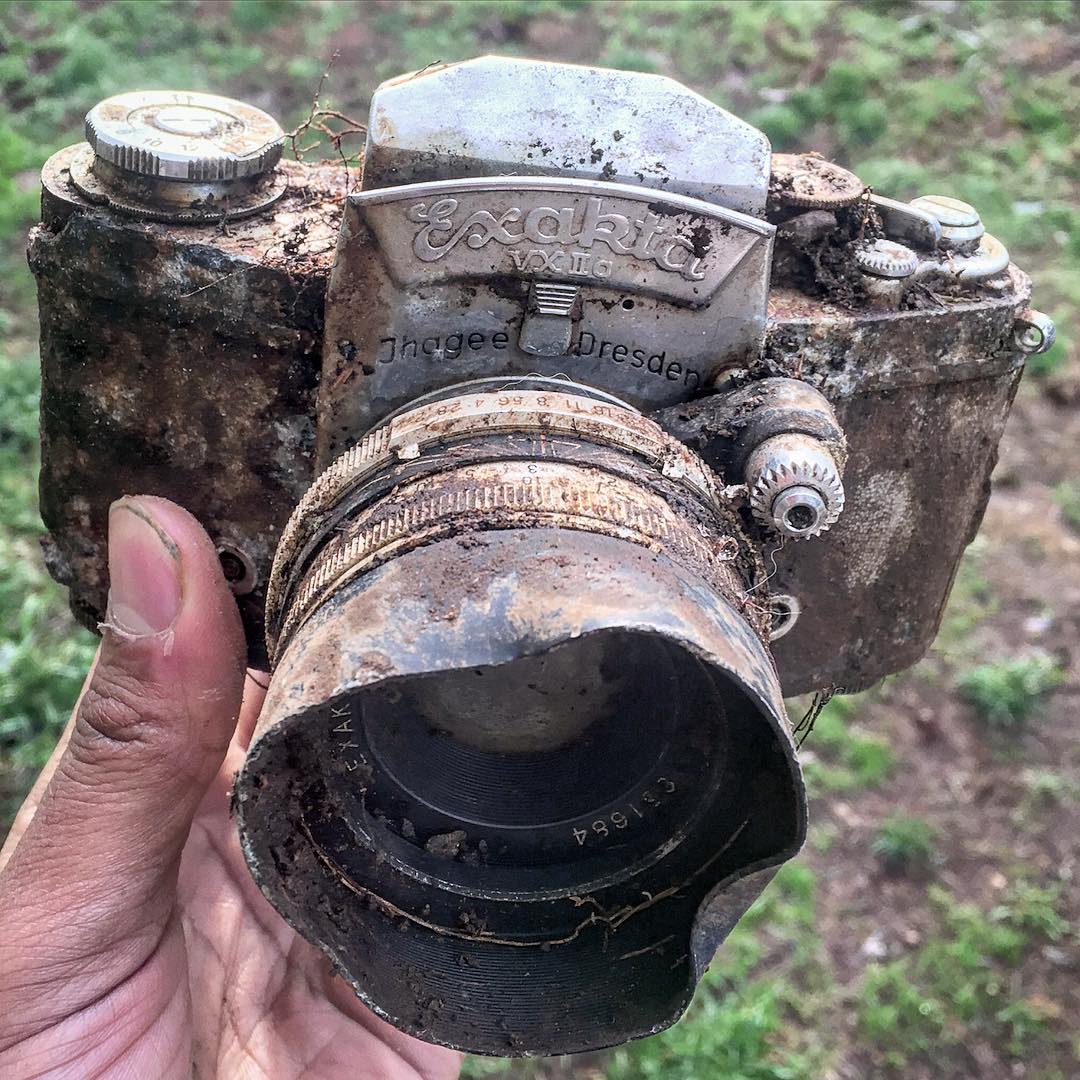 We’ve got weird and wacky news, exciting camera rumors, fun gizmos, and amazing photos to show you this week! In the news, two hikers in Oregon stumbled upon a Soviet-era camera, while another photographer across the globe got photobombed by a horse (and got the cold shoulder from the horse’s owner too!). Meanwhile, we’ve got an inspiring story about a group of high schoolers that used their cameras to bring attention to a very important issue. Sony’s got a new mirrorless camera coming out that will knock your socks off, and Ricoh has a new 360-degree camera that’s a fun gadget for taking unusual photos and videos. We’ve also got some amazing drone photos to show you and offer our Book of the Week pick as well, so let’s get to it!

Two hikers, Ethan Field and Ron Campbell, were minding their own business in Oregon’s Columbia River Gorge when they stumbled upon an interesting item in the dirt.

It turned out to be an Exakta camera with the inscription “Made in East Germany/USSR.”

Upon closer look, the camera even had a roll of film in it, although the duo isn’t holding out much hope given that the camera was so badly damaged and covered in mud and water.

For now, the film has been retrieved and sent to a lab to hopefully be processed. Who knows what mysteries the film may reveal!

Read more about these guys’ adventure at Resource.

When It Comes to Photographing Animals, Who Owns the Photo?

This might seem like a strange question, but it’s actually becoming more and more of an issue.

Recently, a dad and his young son won a photography contest by submitting a selfie they took with a photobombing horse. Their prize totaled £2,000, a nice reward for a chance photo taken with a very happy horse.

The horse’s owner, however, was not happy. She complained to the sponsor of the photo contest and demanded half of the prize because she was not asked for permission to have her horse photographed.

While this might seem like a strange occurrence, it isn’t without precedence. Several years ago, a wildlife photographer named David Slater was caught in a legal battle over several photos of a monkey. While documenting the animals in Indonesia, one monkey grabbed Slater’s camera, turned it around, and took a selfie. After Slater began publishing the photo, the animal rights group PETA sued, claiming that the monkey – not Slater – owned the intellectual property rights to the images.

After a long legal battle, the case against Slater was dismissed, the judge stating that animals cannot own a copyright.

So, based on that, it seems the disgruntled horse owner will have no recourse. Just be wary of taking selfies with animals in the future, lest you be the subject of a lawsuit!

Read more about animal selfies and copyrights at The Guardian. 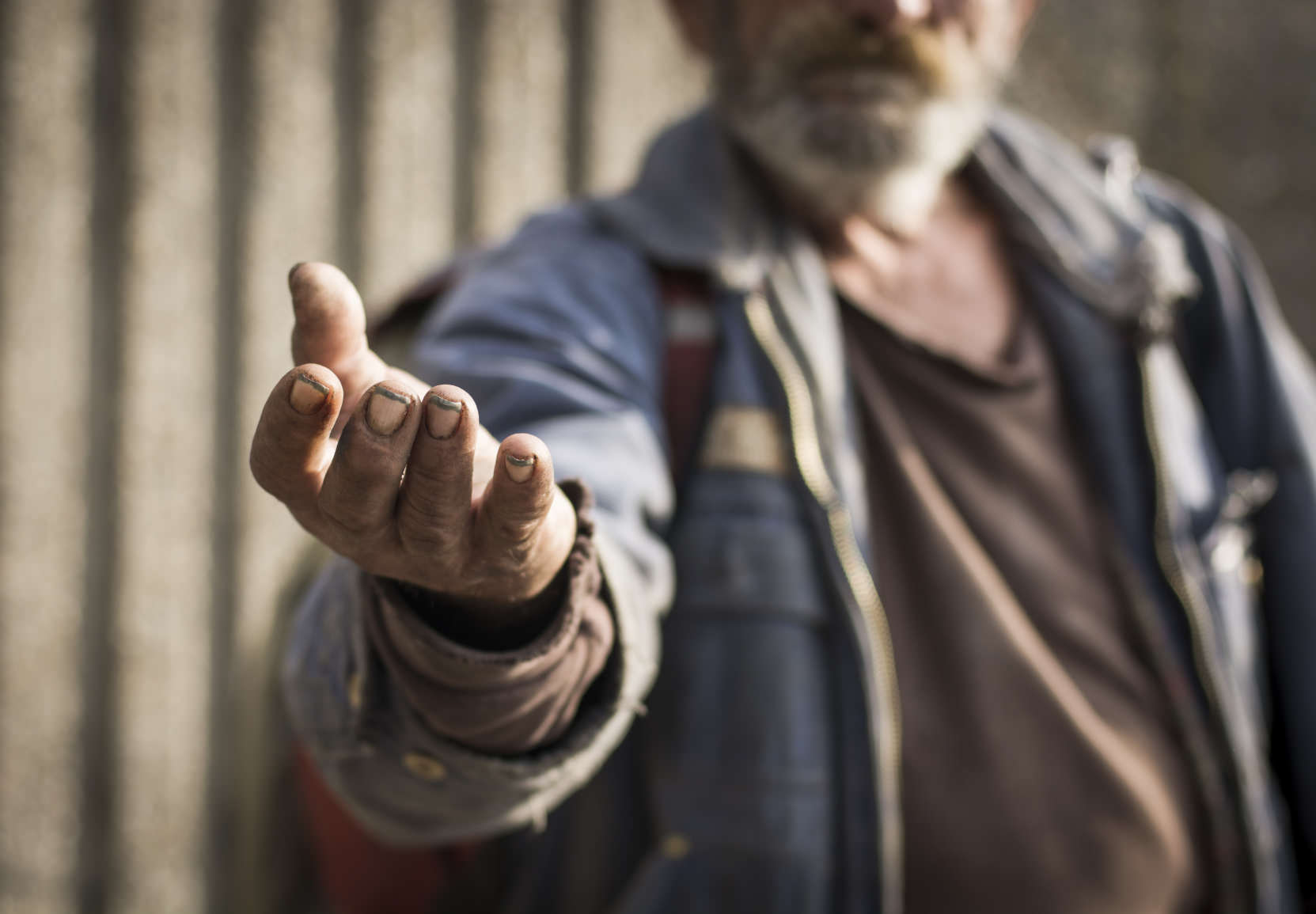 It’s a plight that’s stricken the United States for decades – thousands and thousands of military veterans living on the streets.

And while it is an issue that many are aware of, there is a newfound focus on the problem thanks to some high school students and their cameras.

WCPO in Cincinnati reports that students from a local high school worked with homeless veterans to create a highly compelling and touching collection of photos and writings. Their work was on display last week at a gallery in Cincinnati.

But this isn’t the first time that area students have used their cameras and their voices to draw attention to a social issue. In fact, this project is just one of many started by the New Voices Program, which seeks to bring high school students together with members of the community to work with various local organizations that work to benefit the community.

Since it’s usually the ill-advised photos that get all the buzz, it’s nice to be reminded of the positive power photography can have in our lives.

Sony a6000 Line Just Got Even Better 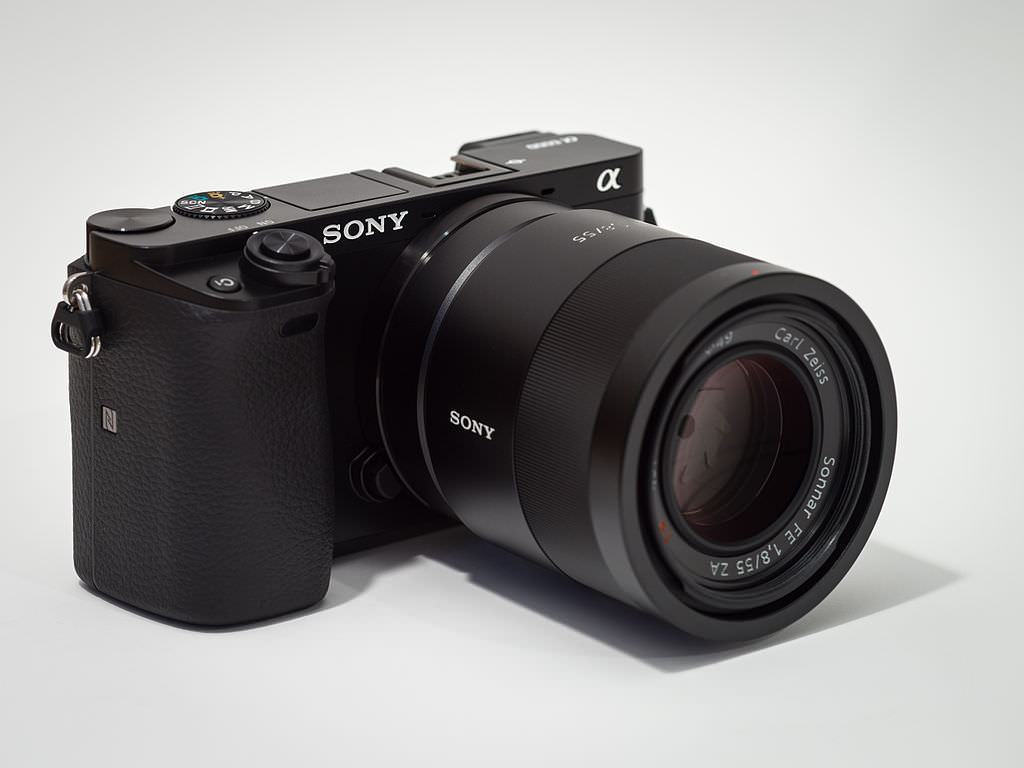 The Sony a6000 line of mirrorless cameras is among the most popular mirrorless systems in the world – and with good reason. They are compact, have an APS-C sensor, a fast 11fps burst mode, interchangeable lenses, RAW shooting and manual controls, and a super fast focusing system. All that for $600 isn’t a bad deal at all!

But Sony seems poised to up the game even further with a new addition to the a6000 line – the a6300.

Announced last week, the a6300 will have a 0.05-second AF speed, which not only bests other a6000 model cameras, but also bests any camera currently available, according to Sony. There are 425 phase-detection AF points and 169 contrast-detection AF points that help generate the lightning fast focusing speed.

The camera has a 24-megapixel sensor, 11 fps burst mode, auto exposure and auto focusing for each individual shot, a max ISO of 51200, and 4K video mode, just in case you were wondering.

The 360-degree camera fad is in full swing, and Ricoh has joined the party with its Theta-S camera.

It looks more like a remote control than a camera, but don’t let its looks deceive you!

It’s got dual 1/2.3 12M CMOS sensors and f/2.0 lenses to give you high-quality, 360-degree photos or videos. Put the camera in manual mode to take long exposures of up to one-minute in length, or go the opposite direction with a max shutter speed of 1/6400 seconds. HD video capabilities are available at 30fps in 1080p. It’s got 8 GB of internal storage and can be paired with your smartphone to check things like white balance, or for live view or live streaming purposes as well. It’s even got Wi-Fi capabilities so you can quickly transfer your photos and video to your phone, laptop, or other device.

It’s powerful, yet small enough to fit in your pocket, and beautifully designed as well. Learn more about the Theta S at Ricoh. 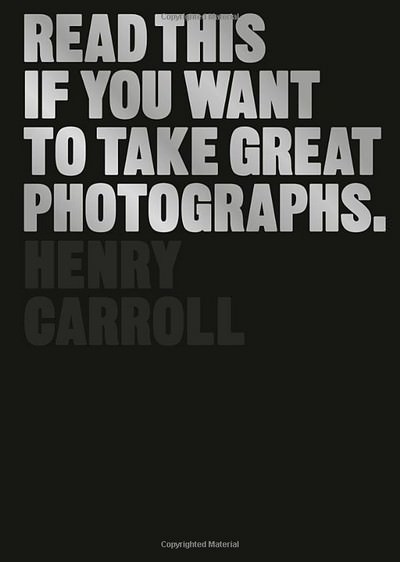 If you get overwhelmed by the technical nature of photography and just want a nice handbook that has hands-on photography tips, amazing illustrative photographs, and uncomplicated copy, Read This If You Want to Take Great Photographs by Henry Carroll might be the book for you.

The book is split into five sections, one each on exposure, light, composition, lenses, and seeing, so you’re able to cover all of the essentials. Images taken by world-renown photographers are spread throughout the book to illustrate various points as well, making each point more easily understood. Engaging in the book will help you learn professinal techniques that allow you to take improved pictures! 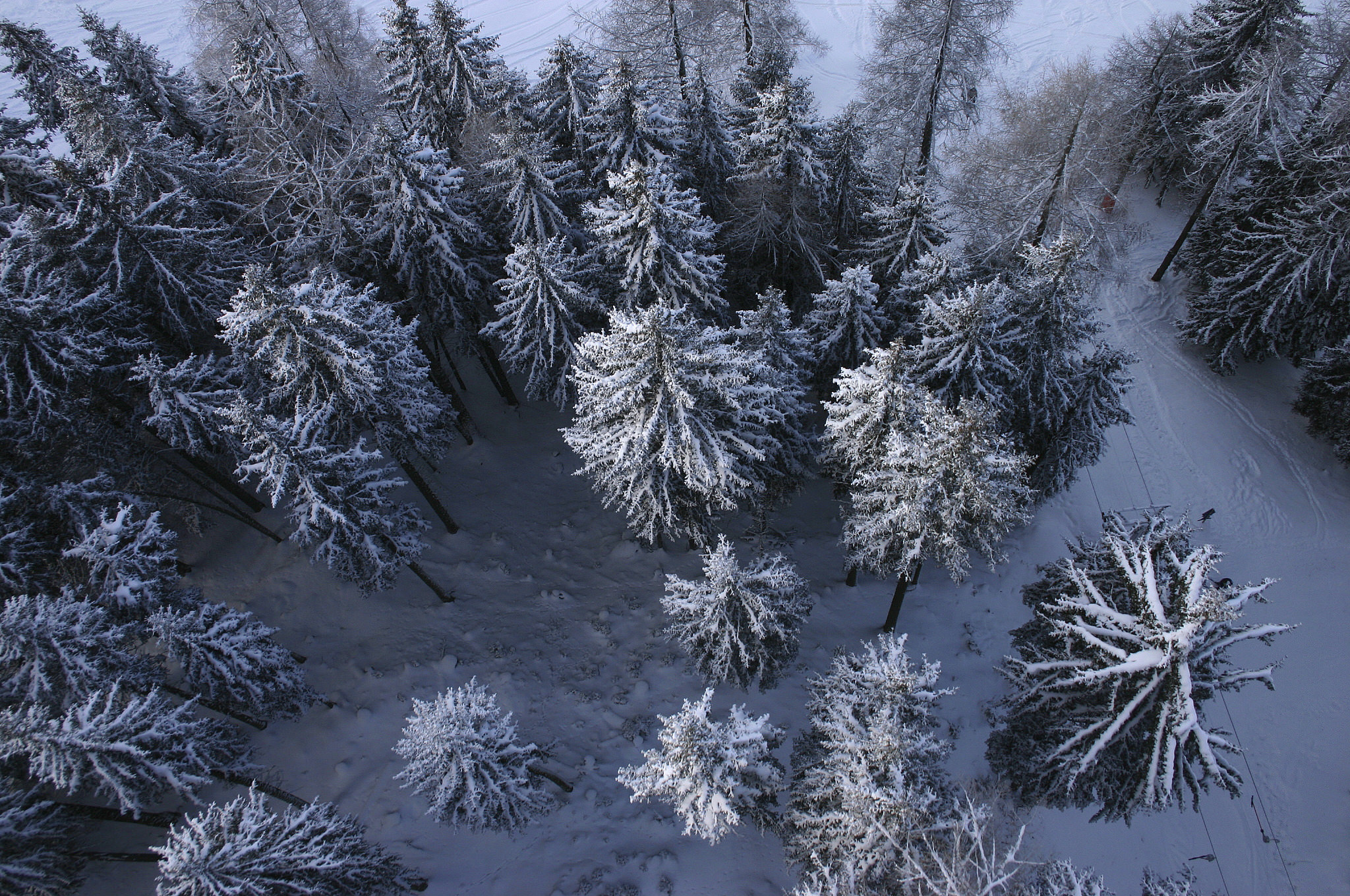 While drones might becoming ever more a part of our daily lives, it’s still interesting to see just how different the experience is of looking at the world from above.

With many of us in the northern hemisphere in the midst of winter, these aerial photos of a snow-covered Lithuania are a fun view of the frigid earth that’s a departure from the norm.

Photographer Karolis Janulis explained to ABC News that he’s always been in love with seeing things from above. In fact, before acquiring his own drone, he flew in hot air balloons and gliders to get above it all.

When it comes down to it, his love of looking at the world from above is all about inspiring people to see ordinary things from a whole new perspective.