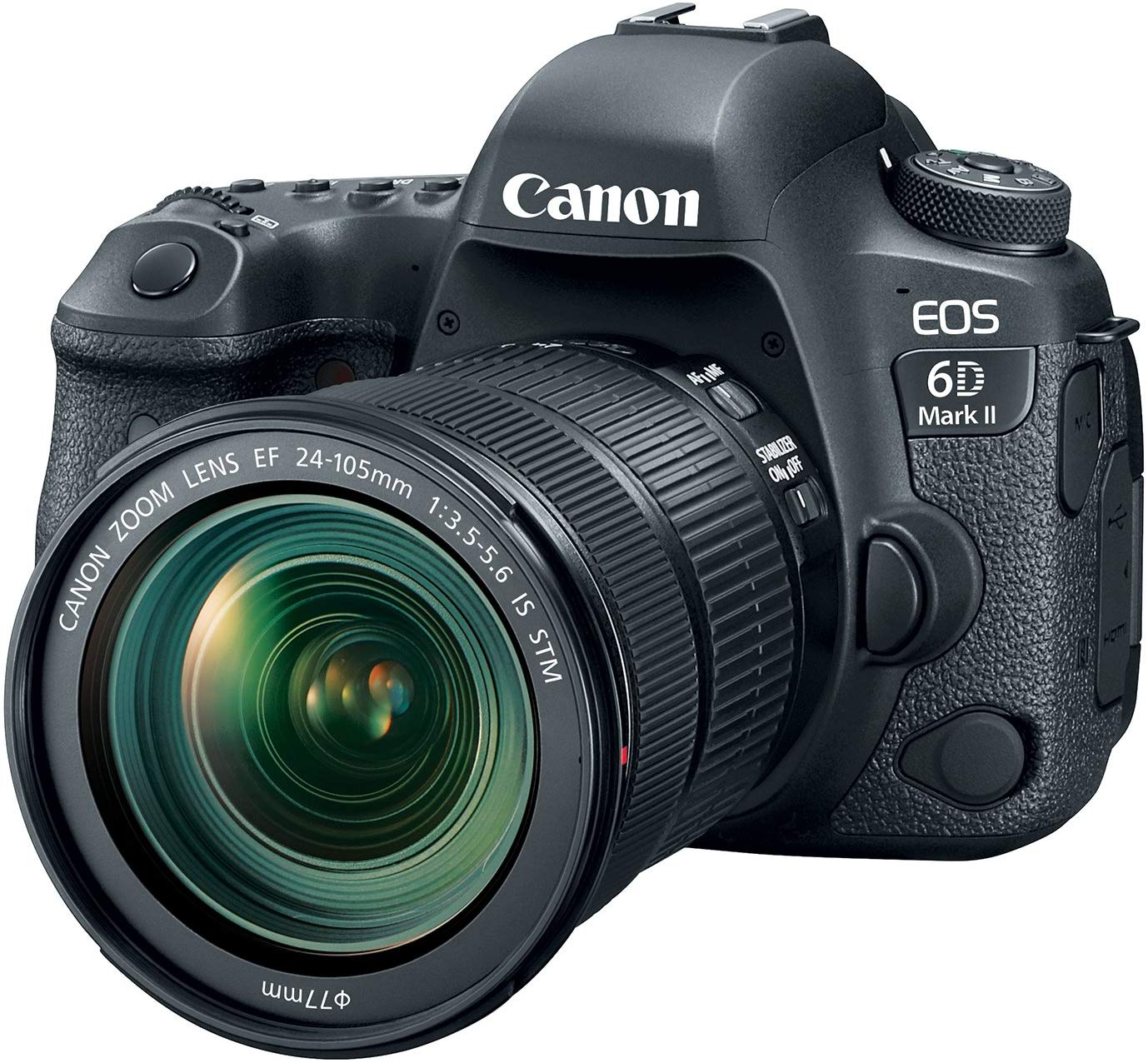 The Canon EOS 6D Mark II is one of the cheapest full-frame cameras on the market. It was released in 2017, five years after the original EOS 6D, and it quickly gained a lot of popularity among entry-level and enthusiast photographers.

Besides its large 26MP sensor, other things that make this camera so appealing are its remarkable versatility, affordable price, and ease of use. The camera features 6.5 fps continuous shooting, 45 AF points, Full HD video capabilities, an articulating LCD screen and many other things that we’ll discuss in more detail later. The Canon EOS 6D Mark II shoots Full HD video at up to 60 fps. Although it is not capable of recording 4K video as its more expensive brother (Canon EOS 5D Mark IV), it still has some interesting video features.

Overall, this Canon EOS 6D Mark II review should help you decide if this is the right camera for your needs. 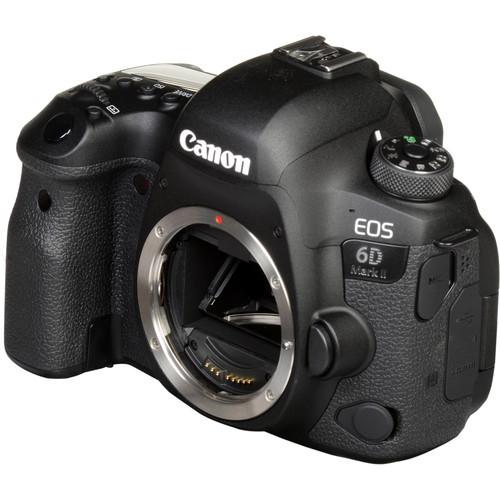 Only a decade ago, full-frame camera models were so expensive that they were accessible only to professional photographers. Nowadays, things have changed, and only with a little bit of investment, you can find a full-frame DSLR such as the Canon EOS 6D Mark II and enjoy the benefits of a large sensor.

Full-frame sensors are known to have a broad dynamic range and good performance in low-light situations. The Canon EOS 6D Mark II features a 26.2MP CMOS sensor, and it has a native ISO sensitivity range of ISO 100 to 40000 (expandable to 50 - 102400).

Because of this, images captured by this camera retain impressive details even if they’re taken in extremely dark environments. However, there are some photographers who are not satisfied with the camera’s dynamic range at low ISO. 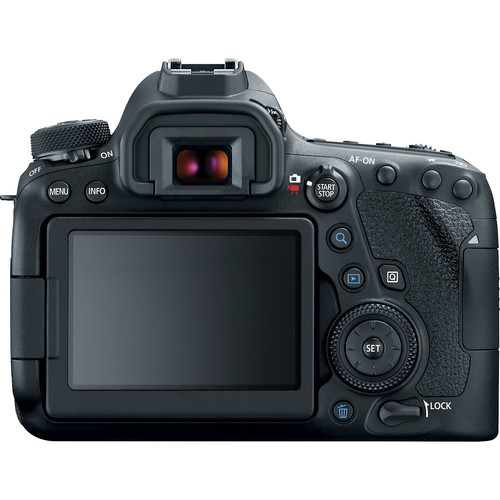 The EOS 6D Mark II features a DIGIC 7 processing engine which makes this camera model much faster than it was the original EOS 6D. The camera shoots at 6.5 frames per second while its buffer captures up to 150 JPEG or 21 RAW images.

Additionally, the EOS 6D Mark II has a 45-point AF system and Dual Pixel CMOS AF for Live View. All AF points are cross-type, and the autofocus system is generally precise and reliable even in the low-light conditions.

Because of all of this, the Canon EOS 6D Mark II seems to be a perfect all-round camera. However, we should also list some of its downsides. We have already mentioned complaints about the camera’s dynamic range. In addition, another issue with this camera is that it offers only 2 fps burst shooting speed with continuous AF in Live View. Also, the spread of AF points in the viewfinder does not allow you to easily focus subjects that are not in the center of the frame.

Learn more about the advantages and disadvantages of the Canon EOS 6D Mark II in the video above by First Man Photography. 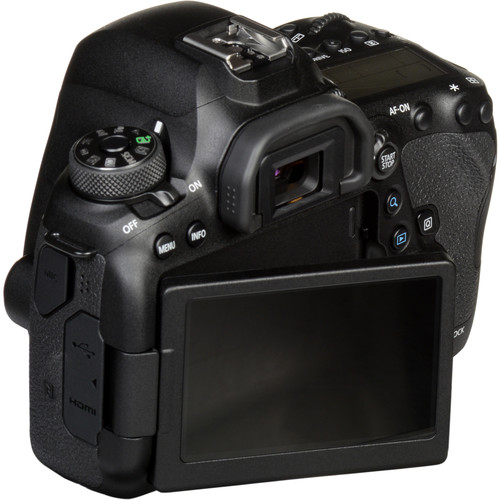 The Canon EOS 6D Mark II measures 5.67 x 4.37 x 2.95 inches and weighs 1.69 lb (body only), and it is advertised as a compact and light-weight DSLR model. Although it is far from being as compact as some of the mirrorless cameras, it can still serve as a traveling camera in the lack of better options.

Design of the 6D II is very similar to its predecessor, but there are some subtle yet important improvements. While the original 6D had a fixed LCD screen, the EOS 6D Mark II replaces it with a fully-articulating 3” display (1,040,000 dots) that uses touchscreen technology. This makes things a lot easier when shooting stills or videos from uncomfortable angles. 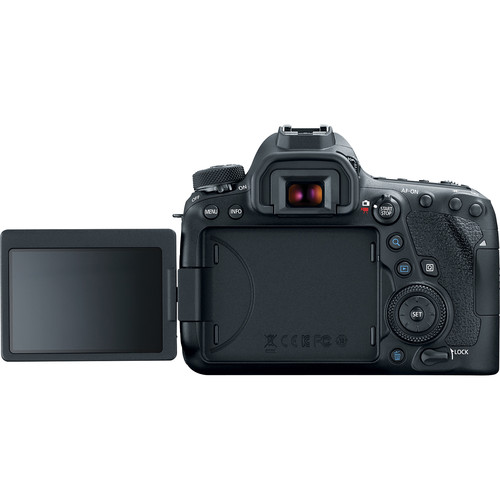 In addition, the EOS 6D MII has an optical viewfinder (98% coverage) and a top display where you can see the main camera settings. Although it comes with a single SD card slot (SD/SDHC/SDXC), the camera has a built-in GPS, Wi-Fi, NFC, and Bluetooth, so you can easily transfer your images and videos to a PC as soon as you take them. The camera also has an impressive battery life of more than 1000 frames. 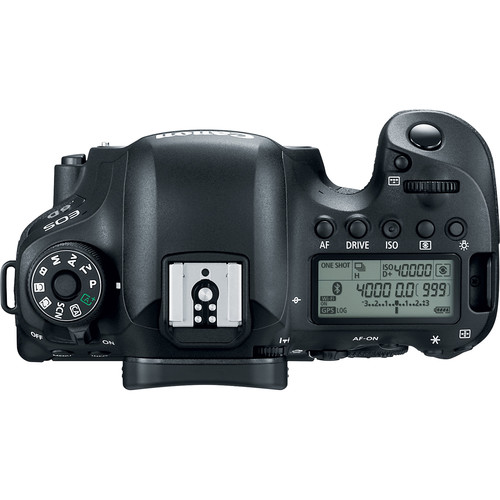 The Canon EOS 6D Mark II was built out of magnesium alloy. Its battery compartment, card slot cover, lens mount, terminal covers, and buttons are environmentally sealed. While you don’t need to worry about water and dust doing much harm to this camera, you should still care about it and protect it from falls and drops. Also, maybe it is worth mentioning that being water-resistant doesn’t mean the camera is waterproof! 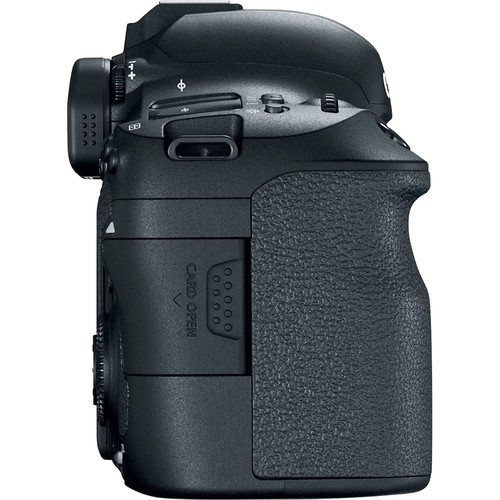 Ergonomically, the EOS 6D Mark II is very well designed. The grip is deep and comfortable while the camera has a lot of different buttons and dials that are placed in an intuitive way. Even if you don’t have a lot of experience in working with a DSLR, after only a few days of shooting with this camera, you will use its options and controls without any problem. 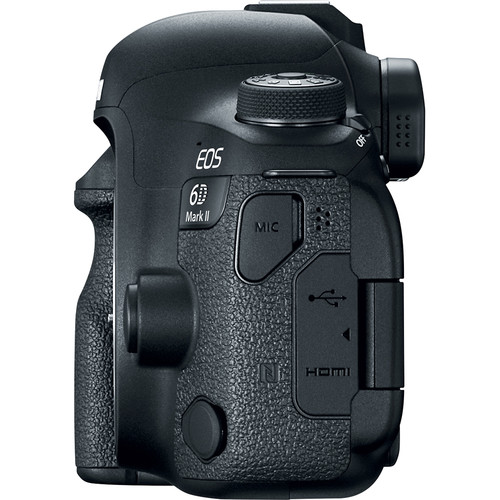 The Canon EOS 6D Mark II shoots Full HD video at up to 60 fps. Although it is not capable of recording 4K video as its more expensive brother (Canon EOS 5D Mark IV), it still has some interesting video features.

For example, the Dual Pixel AF works amazingly well in the movie mode. Also, the EOS 6D Mark II is one of the rare full-frame DSLRs with in-camera five-axis digital stabilization. Finally, the camera has an HDMI output and a microphone port. 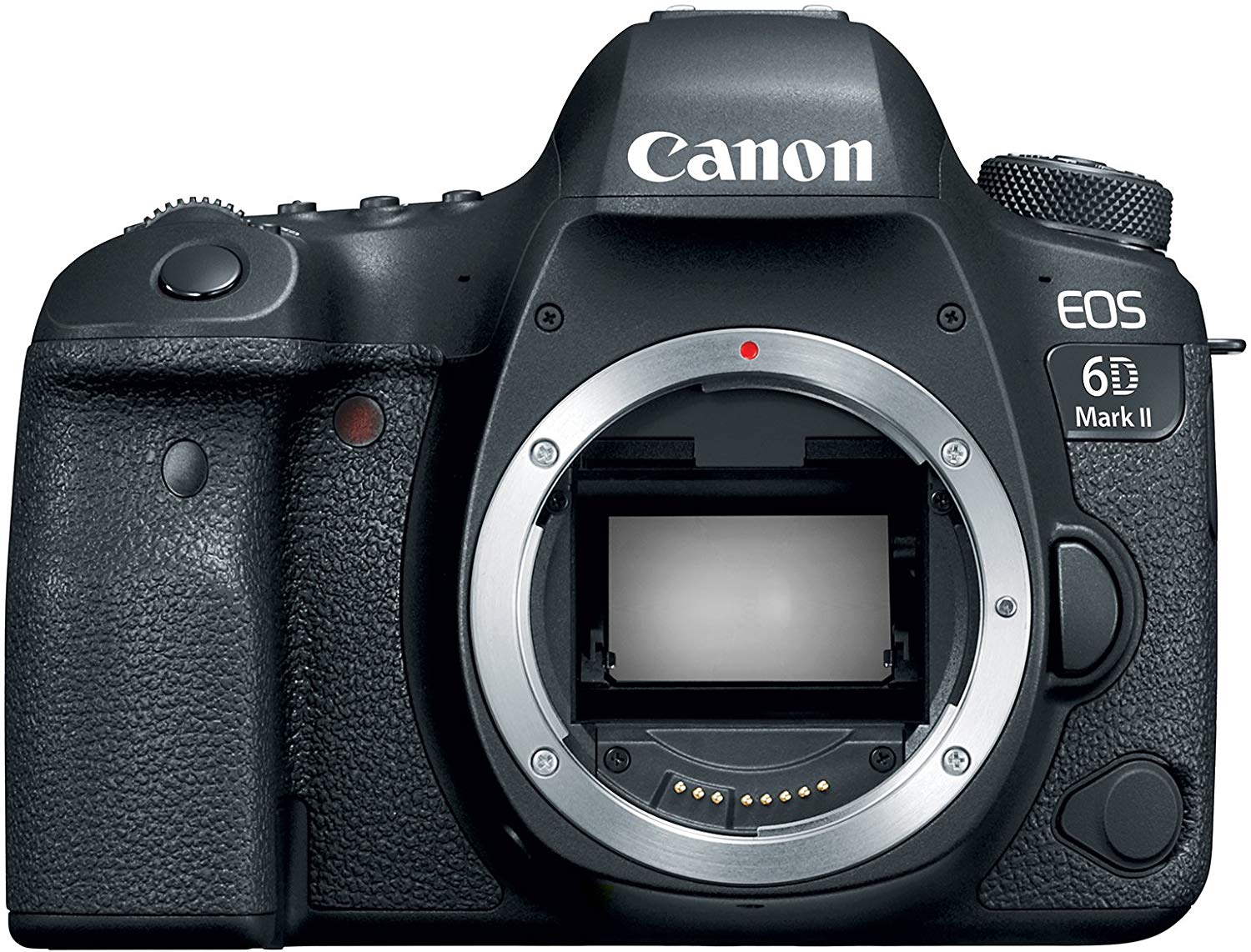 The Canon EOS 6D Mark II uses the Canon EF lens mount. This allows you to use a wide range of different lenses for various purposes. For example, the Canon 85mm f1.8 USM is one of the best lenses for portraits, the Canon 24-105mm f4L IS USM is a perfect zoom lens, while you can use the Canon 100mm f2.8L Macro IS USM for macro photography.

If you want to save some money, you can also consider buying used lenses. It’s good to know there are many websites, such as MPB, where you can buy used lenses for the Canon EOS 6D Mark II at significant savings.

The Canon EOS 6D Mark II offers a professional-like image quality for a budget-friendly price. At the moment, you will need to spend around $1,499.00 for a new camera (body only). In case you decide to buy a used Canon EOS 6D Mark II, you can find one for the price as low as $1,059.00.