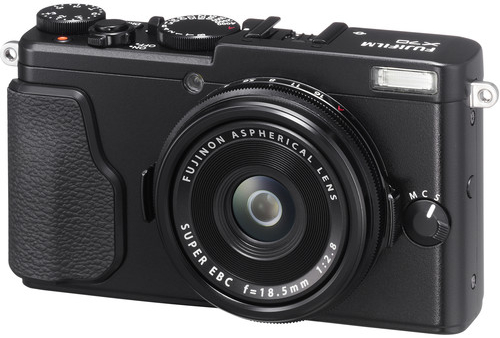 If you’ve been reading articles on this site for a while, then you know I am truly a sucker for Fujifilm. You might also know that I love the FujiFilm X70, which came out five years ago in 2016. It remains one of my favorite cameras to shoot with to date.

It’s not that the FujiFilm X70 comes with any spectacular features, but its portability is unmatched. For someone like me who loves to travel all the time, this is a feature that I really can’t go without.

And, while none of the FujiFilm X70 specs are especially innovative, especially five years after its release, I really don’t need them to be for the FujiFilm X70 price. I have far more expensive cameras that I can use when the time calls for it. But, my FujiFilm X70 is still the camera I throw in my bag whether I’m heading on a nice vacation with my family or I’m heading to the dog park. It’s that versatile. 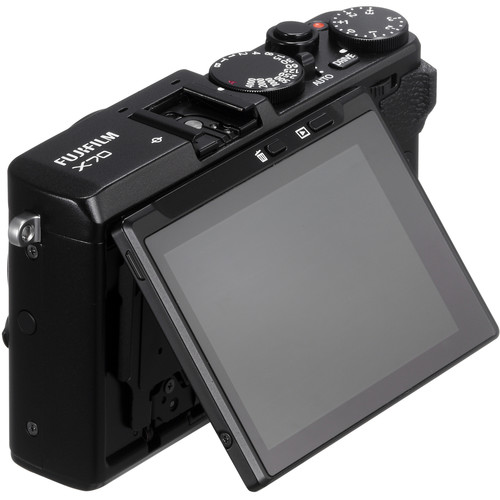 The FujiFilm X70 is a fixed-lens compact camera. It features a 16.3MP X-Trans sensor, as well as a 18.5mm f/2.8 Fujinon lens, which is basically a 28mm equivalent. If you’ve ever shot on a Fujifilm X100, then the transition to this camera won’t be difficult for you since many of the design aspects are the same.

One big difference between the Fujifilm X70 and the Fujifilm X100 is that the X70 doesn’t feature a viewfinder, since it instead features a tilting touchscreen that you can use while you’re shooting.

This camera comes with a 77-point hybrid AF system, a mechanical shutter, as well as an electronic shutter, and plenty of physical controls so that you can have complete control over your shooting experience.

Other Fujifilm X70 Specs Include:

But, despite it’s really small size, it doesn’t feel cheap due to the fact that it is made of all metal. Leave it to Fujifilm to always design something beautiful.

As I mentioned, the FujiFilm X70 design prioritizes photographers who enjoy manual shooting. This camera comes with a customizable Fn button on the left hand side of the camera, a rear control lever, and the typical Fujifilm exposure compensation/shutter speed dials.

The camera is also designed for ease of use. You should be able to manage one-hand shooting in almost every scenario. 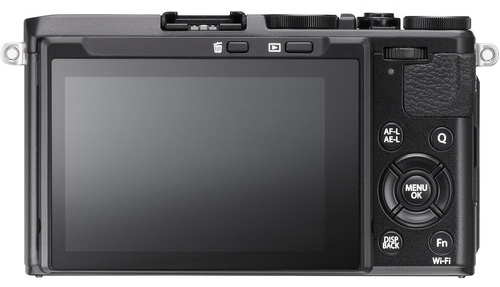 The FujiFilm X70 handling is one of the most important selling points on this camera. For starters, the camera is incredibly small. You should be able to fit it into your jacket pocket without any problems. For this reason, it’s a great camera for travelers.

Its battery life isn’t anything spectacular, but it also is enough. It is rated for 330-shots, which means that you can likely get a little bit more out of it. I don’t necessarily feel the need to carry extra batteries with me when I’m out shooting with my Fujifilm X70, though it definitely won’t hurt. 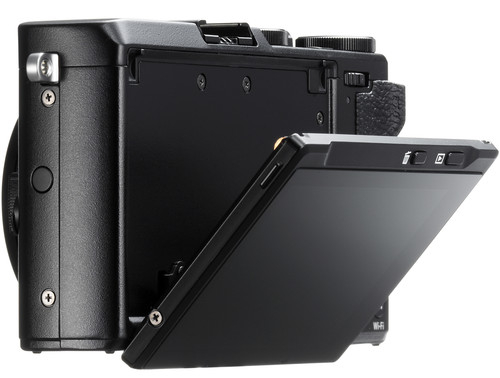 Despite its small size, it’s pretty easy to hold. It comes with a small rubberized grip that works like a charm. Of course, I always have it on a strap just to be extra careful.

One of the best things about the handling on this camera, though, is its screen. It flips upwards a full 180-degrees so that you can take selfies or vlog with it. However, the screen also acts as a tiny tripod. It can tilt out and down so that you can place your camera on the ground or on a table and record yourself. If you’re the type of photographer who tends to forget your tripod, you’re going to end up using this feature more than once.

Thank you to DSI Pictures for the video test above.

The video performance on the Fujifilm X70 is one of the places where it shows its age. It doesn’t feature 4K video. But, it does feature Full HD video at up to 60p. You can record these clips for up to 14 minutes.

To be honest, I’m not usually shooting a ton of video with my Fujifilm X70 for this reason. The video record button is also oddly placed, making it difficult to push, and you have to set your ISO before you start recording.

In essence, if you’re looking for a camera to record video with, you should probably look elsewhere. 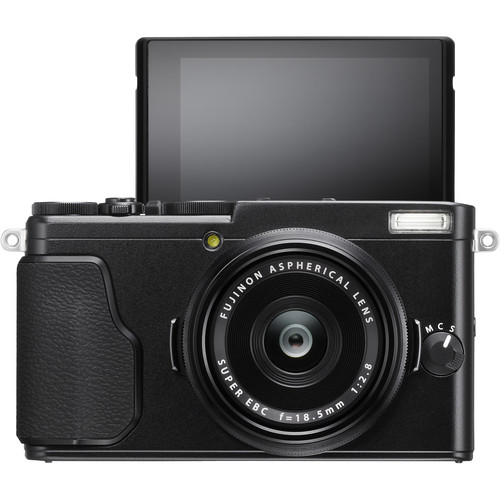 The FujiFilm X70 cost around $700 when it first came out in 2016, which is why I was willing to purchase it in the first place. But, five years on, the FujiFilm X70 seriously tops my list for versatile cameras because of just how cheap it is.

Depending upon where you’re looking, you should be able to find a used FujiFilm X70 for under $600, perhaps even closer to $500. Of course, you still want to make sure that your used FujiFilm X70 is in a good condition, which is why I don’t recommend you use some of the less reputable websites like Ebay.

If you’re serious about scoring a FujiFilm X70, then you should check MPB before you check anywhere else.

MPB is a site created just for photographers. MPB hires professional photographers to rate all of the equipment that they buy so that you know exactly what condition your new camera will be in when it gets to your door.

MPB also makes it easy to buy new photography equipment because you can sell your old photography equipment to them in order to upgrade. All you have to do is let them know what you want to sell and they will send you an instant quote, and a pre-labelled shipping package if you like that quote.

I did just check MPB before publishing this article and they were unfortunately all out of used FujiFilm X70 bodies, but since they rotate through hundreds of products each day, I highly recommend that you check again.