Watch This Photographer Turn a Shipping Container Into a Working Polaroid 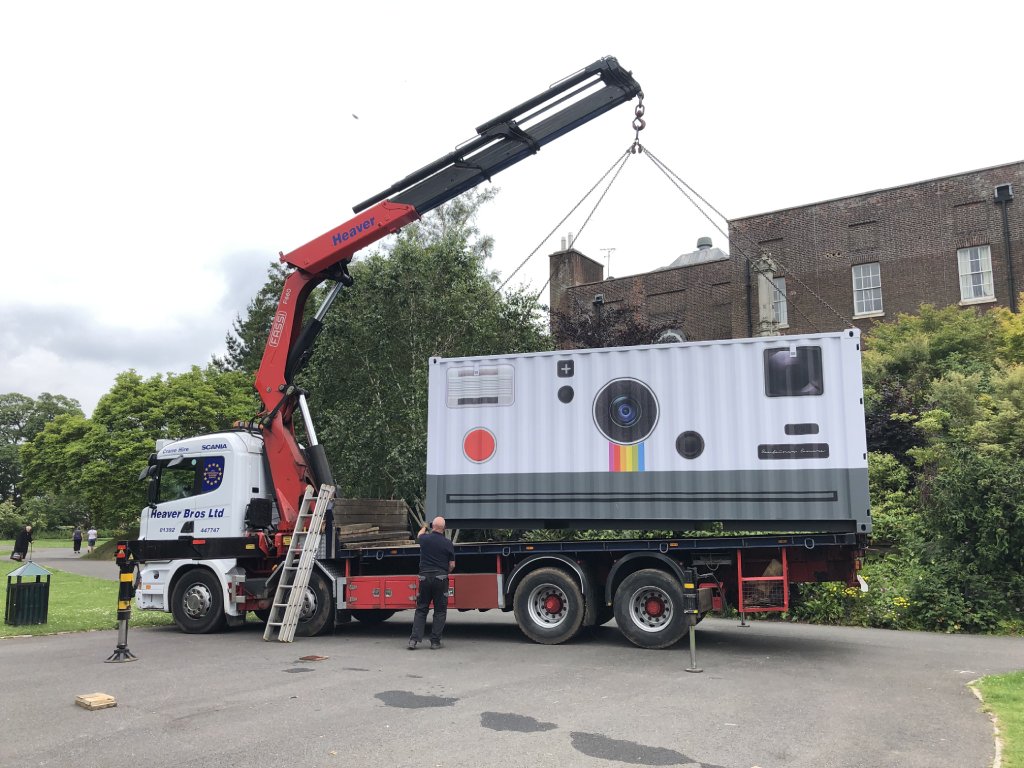 You can call Brendan Barry obsessed with photography. He is world-renowned for creating cameras out of the craziest objects. His projects mix photography with construction with collaboration and almost always end him up on some media website or another.

Take, for example, his obsession with making cameras out of large fruits.

#Repost @japancamerahunter Thank you for the support! Link in their bio for the interview. ・・・ Camera Geekery: The Cleverly Creative Custom Cameras of Brendan Barry. UK-based photographer Brendan Barry has made quite the name for himself not only by shooting incredible work and teaching photography, but by making some of the craziest cameras you’ll ever see. Interview on the site now. Follow @brendanbarryphoto for more wild creations. . #japancamerahunter #breadcamera #brendanbarry #filmphotography #filmcamera #filmisalive #shootfilm #buyfilm #believeinfilm #kamerahunter #kameracraft #camera #cameraporn #breadformat

But his latest project, a giant working Polaroid made out of a shipping container, was a step up from his usual fruity photography.

The goal of the project, other than to create a giant working camera and dark room in a shipping container, was to involve the community. 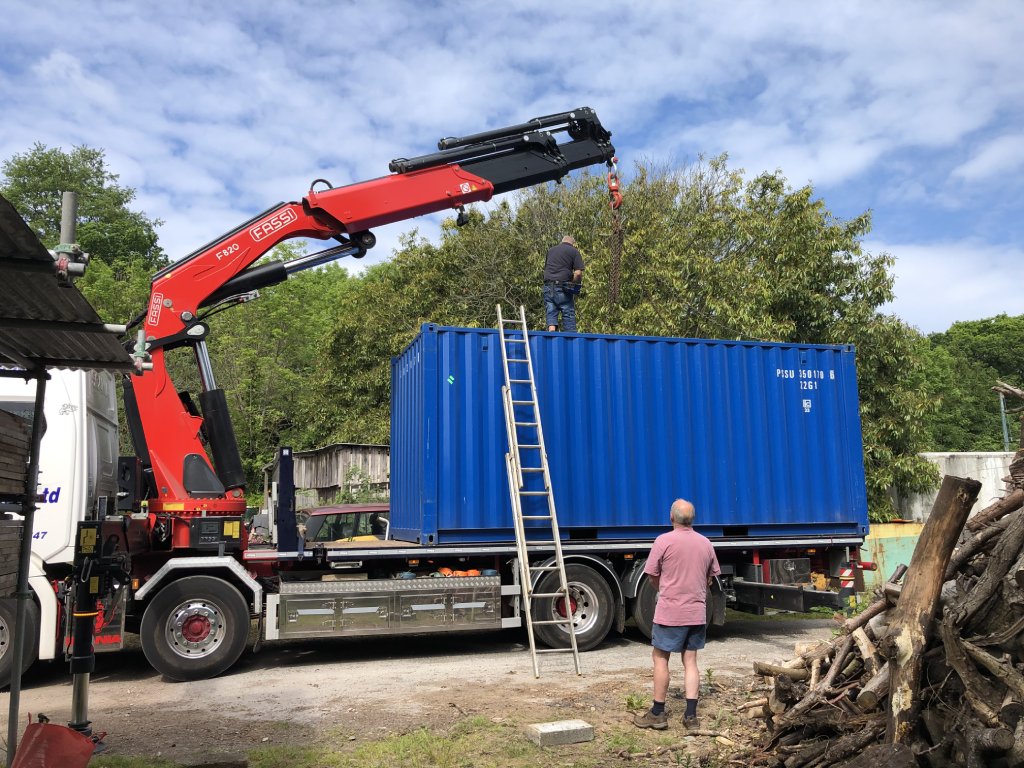 "The aim of the project was to reach out to a diverse range of people and invite them to make portraits of the community by the community," Barry said. "And then to bring these together to create a series of images that collectively touched on themes of inclusion and collaboration, celebrated diversity, promoted acceptance, and inspired engagement and participation in the arts." 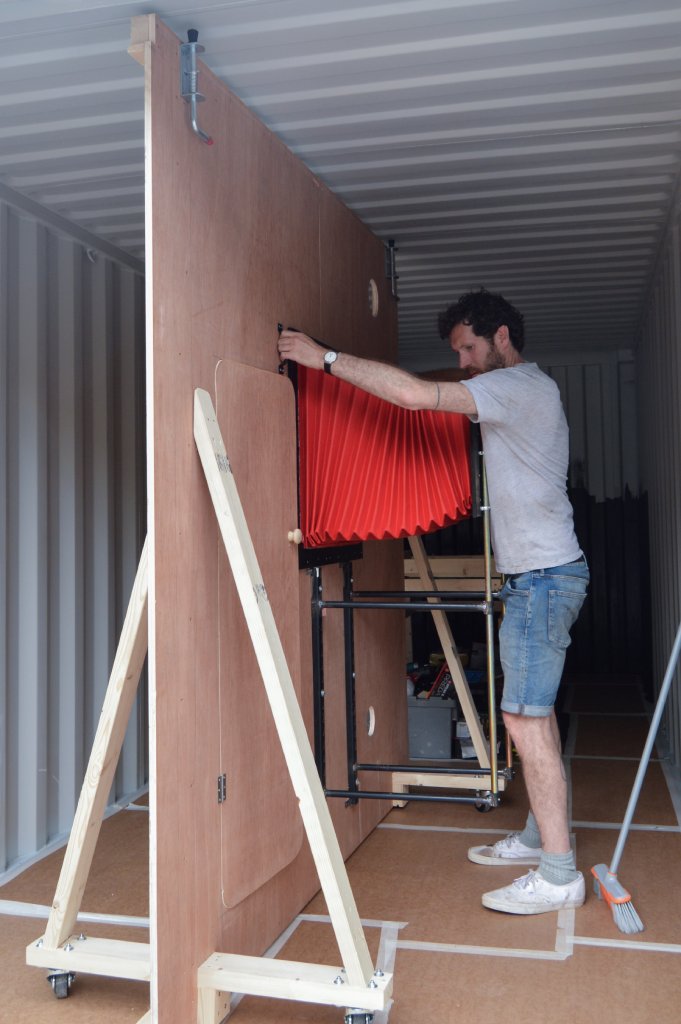 With such a lofty goal in mind, Barry got to work. He knew he wanted the end product to be wheelchair accessible, solar-powered, and large enough to invite huge groups of kids and seniors alike. 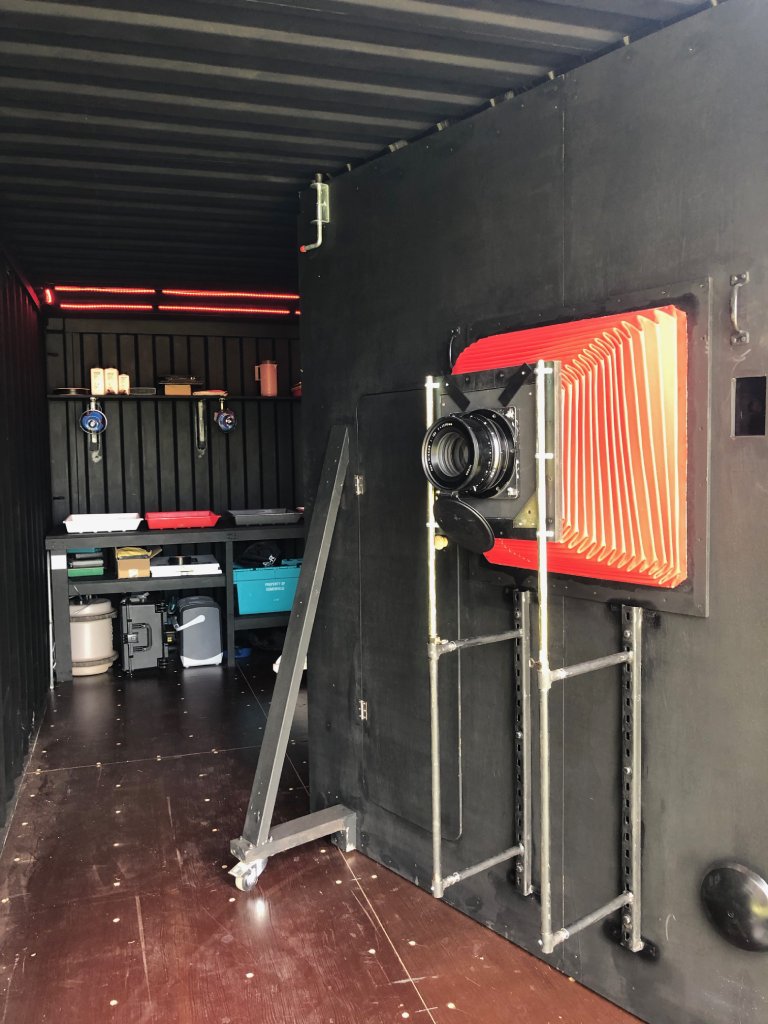 The camera was built and dropped off in Devon, where it ran for 3 weeks as a workshop for private groups and the public at large. 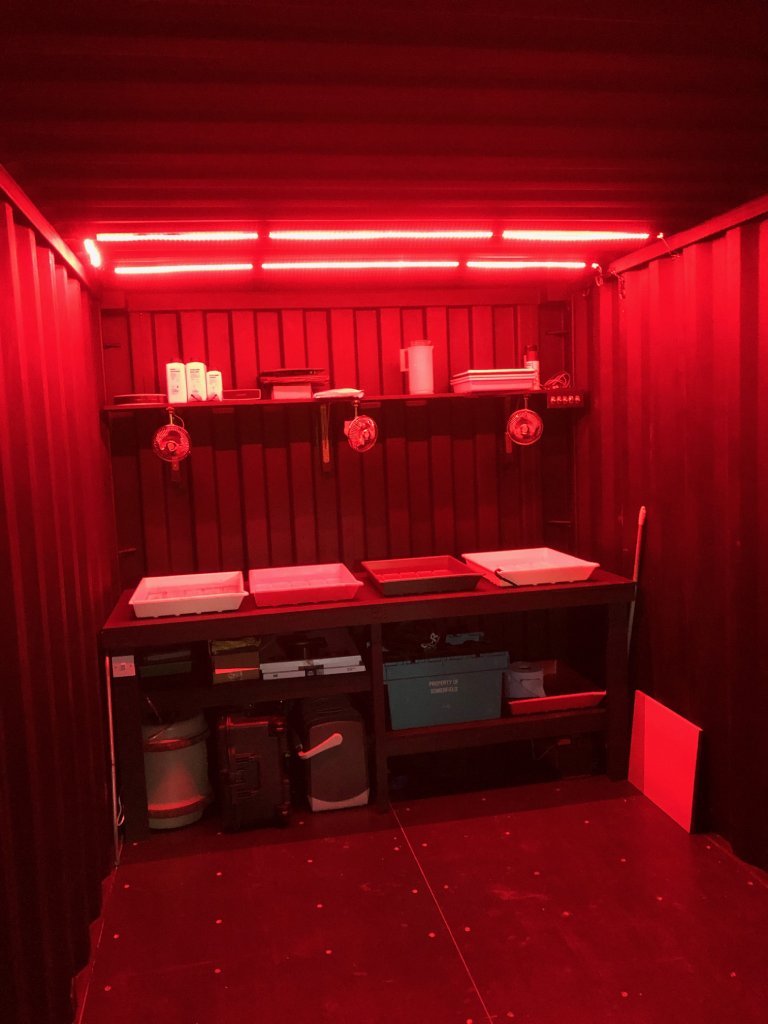 The giant polaroid was paid for and created by a number of nonprofits, including Arts Council England, Exeter Phoenix, and the Royal Albert Memorial Museum. So, on days where the shipping container turned Polaroid was open to the public, groups could learn how to develop their own photos in this dark room for free. 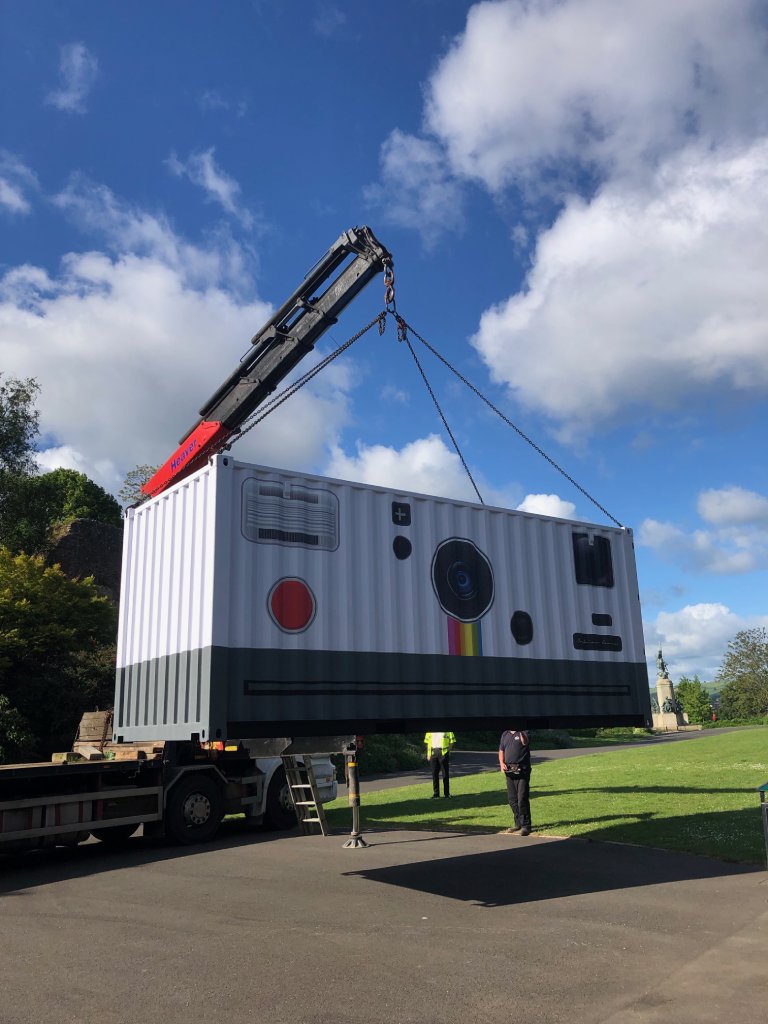 "The world's biggest, slowest and most impractical Polaroid camera," as Barry jokingly calls it, creates better reactions in the people it's photographing.

You won't respond the same way to a watermelon camera being pointed at you as you would a DSLR, Barry pointed out, and that's the point. 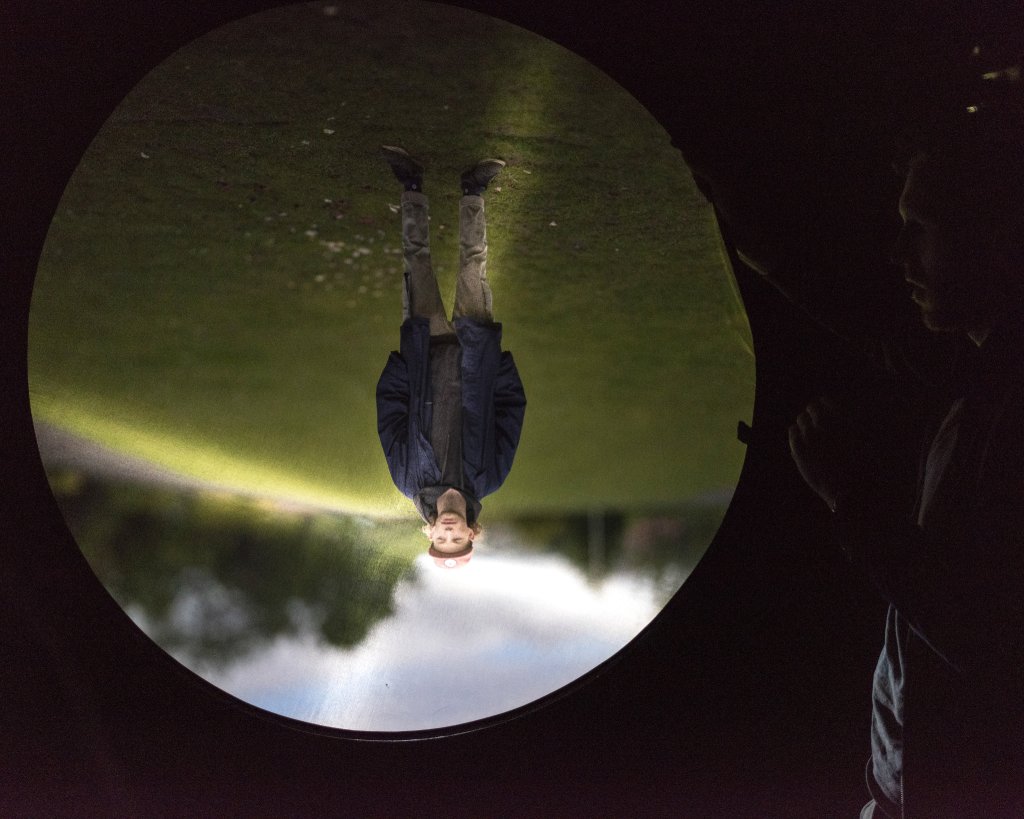 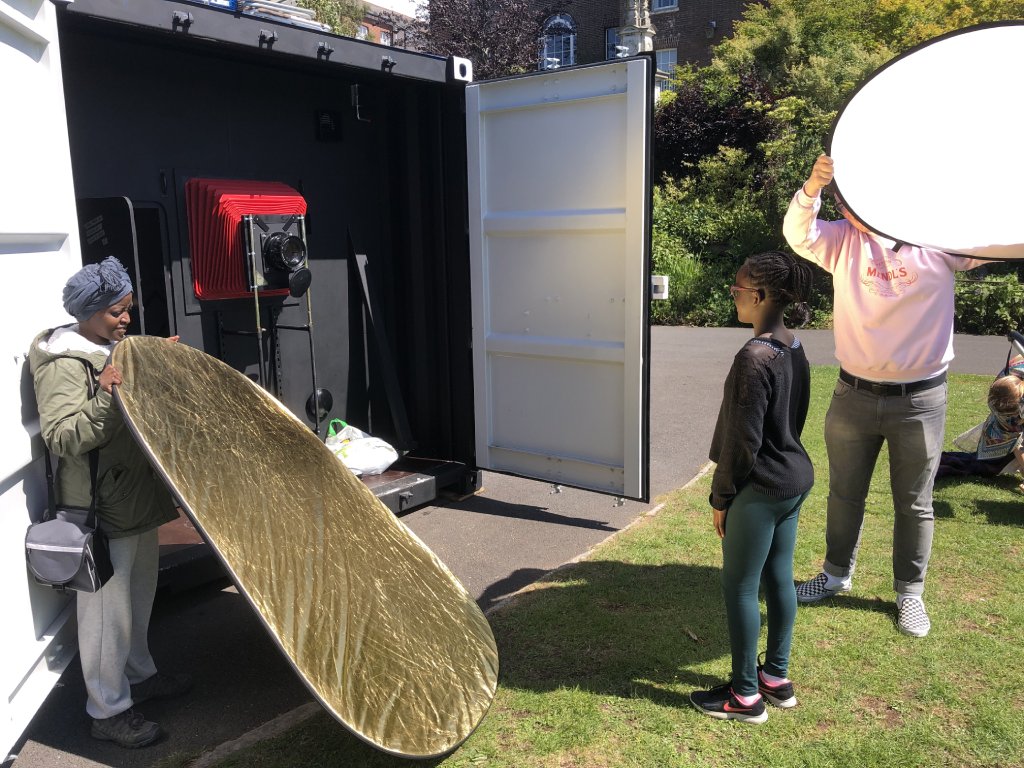 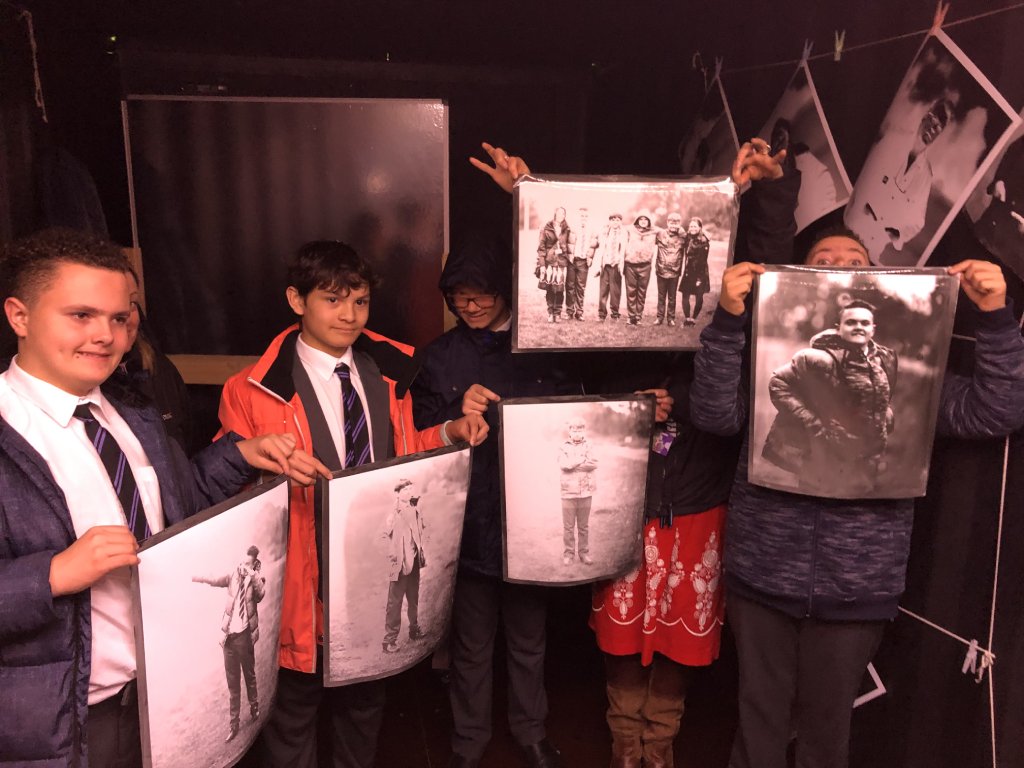 Once Barry was done hosting photography workshops inside the space, he turned it into an art exhibit where the public could view all of the photos taken with the camera during the past three weeks. 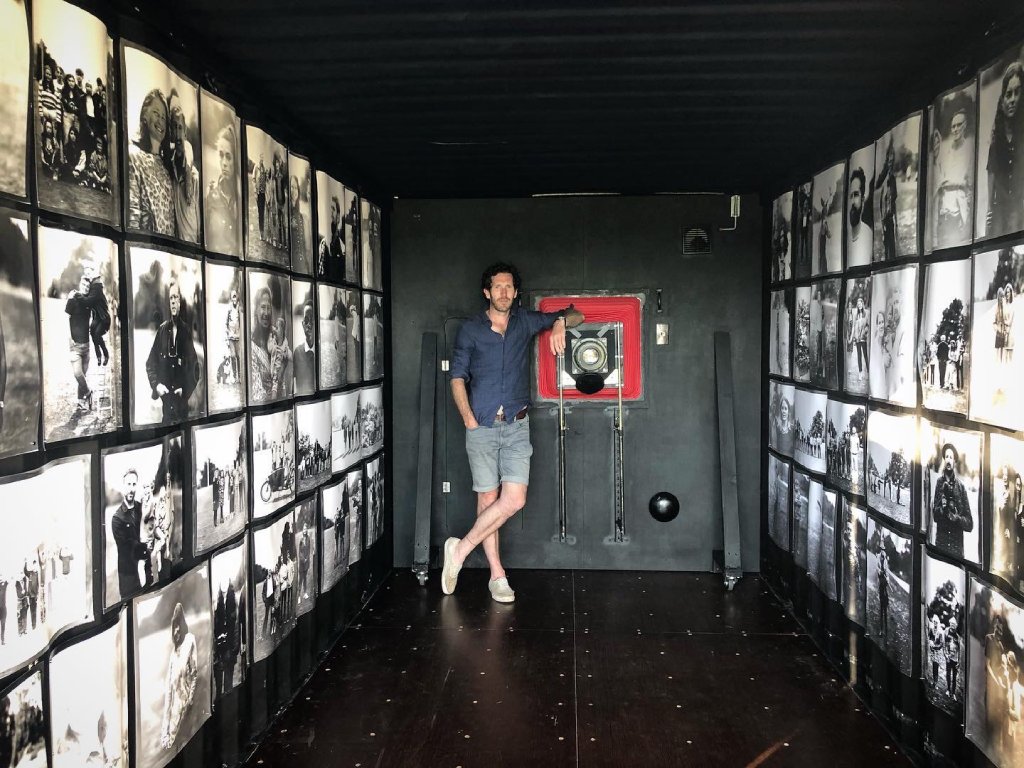 All photos by Brendan Barry and used with permission.