Giant Squid Captured in Waters off the U.S. For the First Time 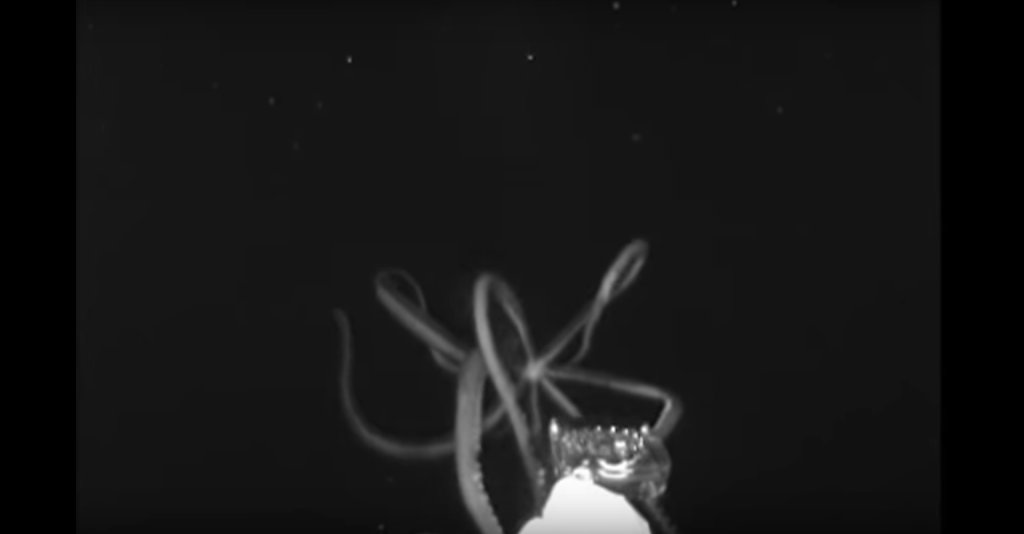 Giant squid are notoriously difficult to photograph. For one thing, they live really, really far underwater. For another, they've been a species for so long they are really good at hiding from predators (i.e. humans).

It took two devoted weeks of exploration to film the video. Scientists funded by the National Oceanic and Atmospheric Administration's Office of Ocean Exploration and Research (try having that on your business card) took off into the Gulf of Mexico with some intense camera equipment.

About 100 miles off the coast of Alabama is where this video was filmed.

A camera called the Medusa was sent down into the waters in the Gulf of Mexico 5 times over the two-week research mission.

The Medusa had a special lure, an "electronic jellyfish," strapped to it. Infrared light would be absorbed in the ocean, according to Widder, the founder of Ocean Research and Conservation Association. So, they used a unique light that was used back in 2012 to capture the first Giant Squid on film.

Each time the camera went down into the water the team left it there for 24-hours. Which meant that the scientists had 120 hours of film to peruse, which would be challenging for a professional photographer.

The giant squid didn't appear until the last few minutes of the film.

"At a time in the world when the environment is in crisis, people protect what they love and they love what they see," said Dr. Johnsen, the leader of the expedition.

All of the scientists on the expedition are hoping that the new footage will encourage conservation efforts, efforts that would otherwise not occur because of the immense invisibility of the species.