I bring this up to ask a simple question: at what point does the medium change the artist? 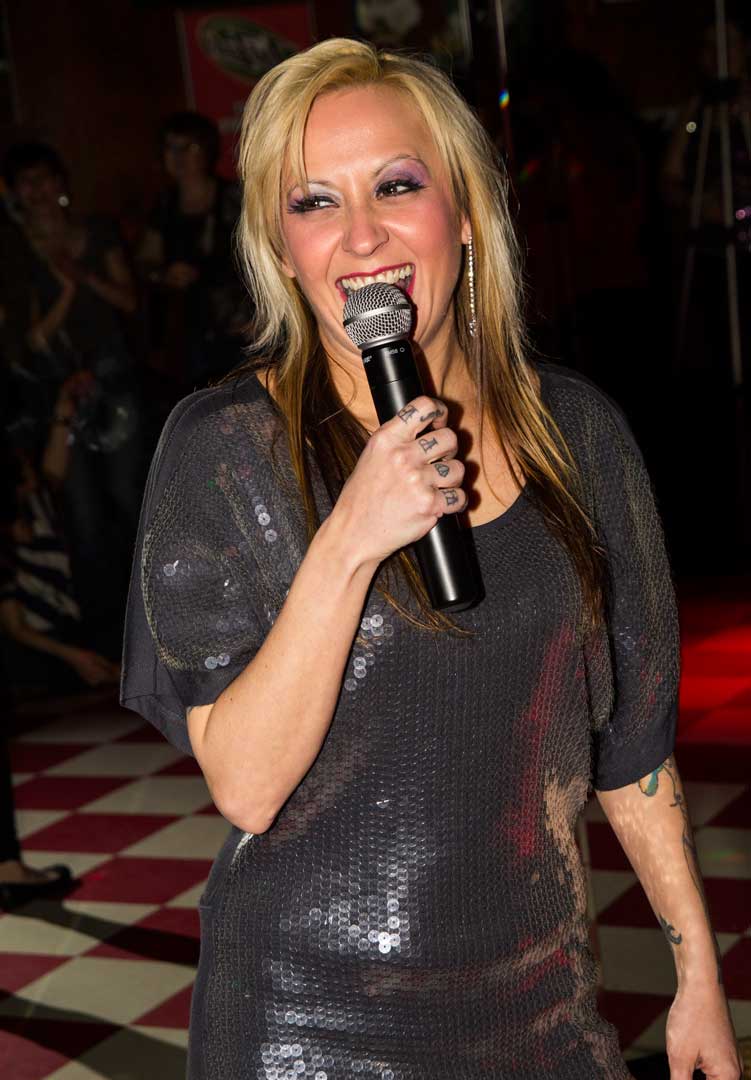 The girl you see above you is Natalie. She's a local performer and burlesque dancer.  This picture was taken at a show which she performed at a local venue. I've known Natalie for years and even though I can say she is a spectacular person, the picture above isn't anything to be writing articles about. The context however, is. I was hired to take these pictures by another performer named Charlie. Charlie is dating Natalie, and this is a special day for both of them. Easter weekend was celebrated as a holiday of love even before the advent of christianity. While I don't want to delve into religion I think you can agree that the context is still the same no matter how you celebrate. (Good friday is currently the remembrance of a sacrifice made out of love). 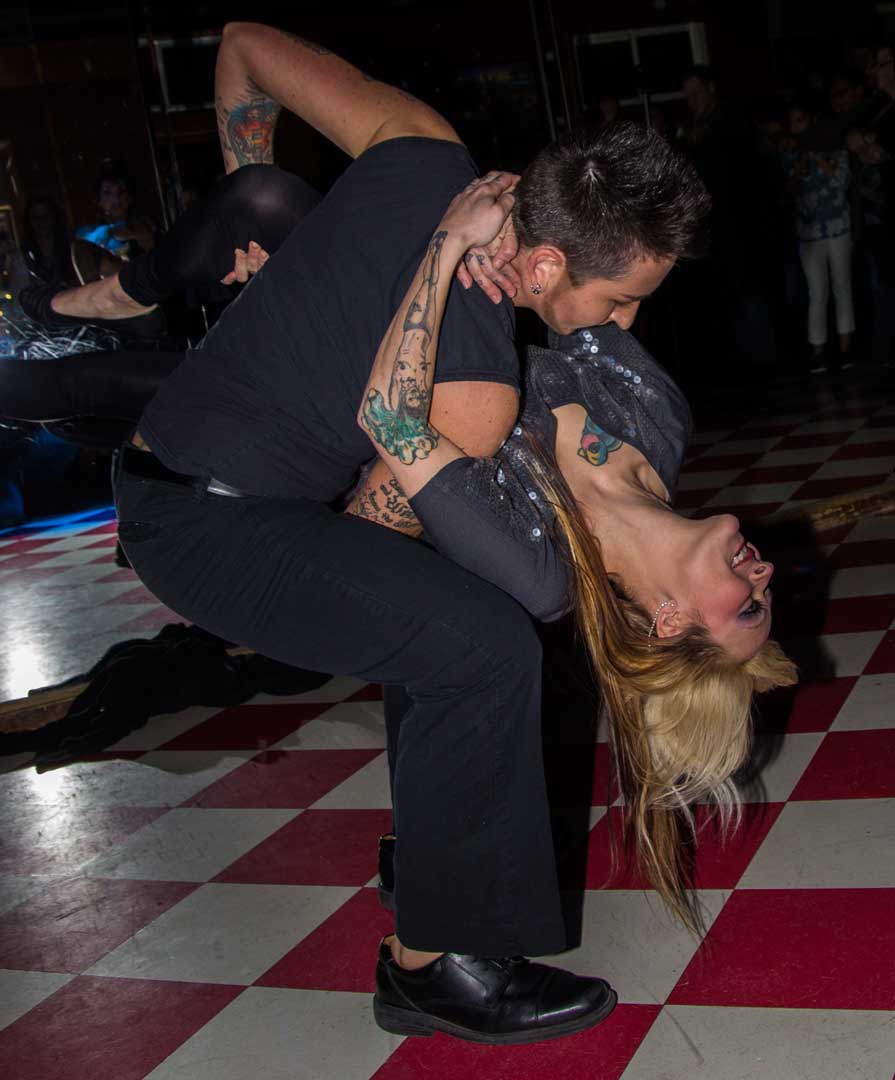 Above is a picture of Charlie and Natalie performing. I want you to see how happy she is, happy to be in his arms. For months before this show Charlie had planned. His schedule was almost the same as Natalie's so he had to be sneaky and just a bit conniving to pull of this surprise. He wanted to give Natalie a day she would never forget. He contacted several performers who had performed with them in the past. He even called old friends who hadn't been a part of their show for a long time. He worked long hours and uploaded youtube videos for the others to memorize. Toward the end of the show on the night of the performance Natalie was finished, and moved to the audience. She had no idea what was coming.  Let me forewarn you that some of these pictures will be a bit grainy as my flash died about 4 songs before this event and the club was incredibly dark and full of fluctuating lights. 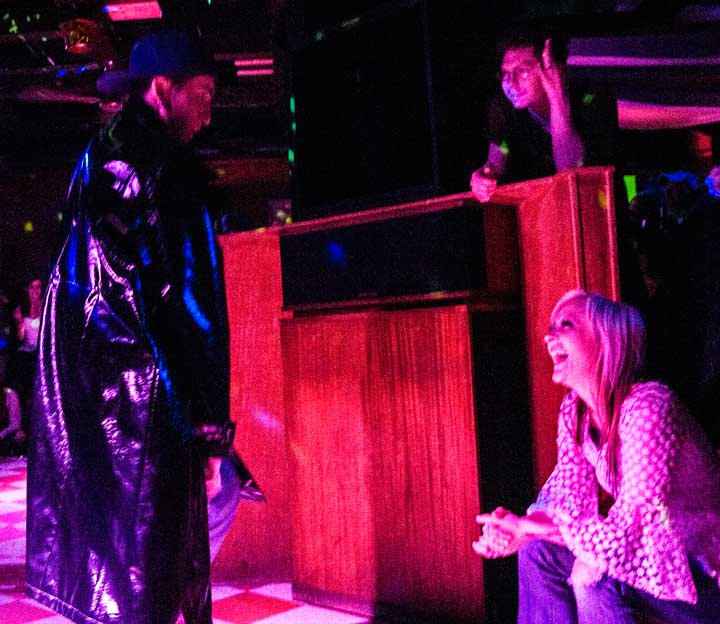 This is a picture of Natalie before the final number. She is surrounded by fans and even in the slightly colored light cast by the rotating strobes, you can see what a good time she is having. The man in the audience leaning on the back wall of the booth almost head height with the performer standing on the floor? He is a friend of hers and will have a part to play before this is finished. At this point the theme of the show has been about love. It's been mentioned many times and Charlie and Natalie were called a "power couple" or something like that. Natalie is completely relaxed and enjoying this show. I took this picture because I wanted to capture the moment. I knew what was going to happen but even I didn't understand the depths that Charlie went through. 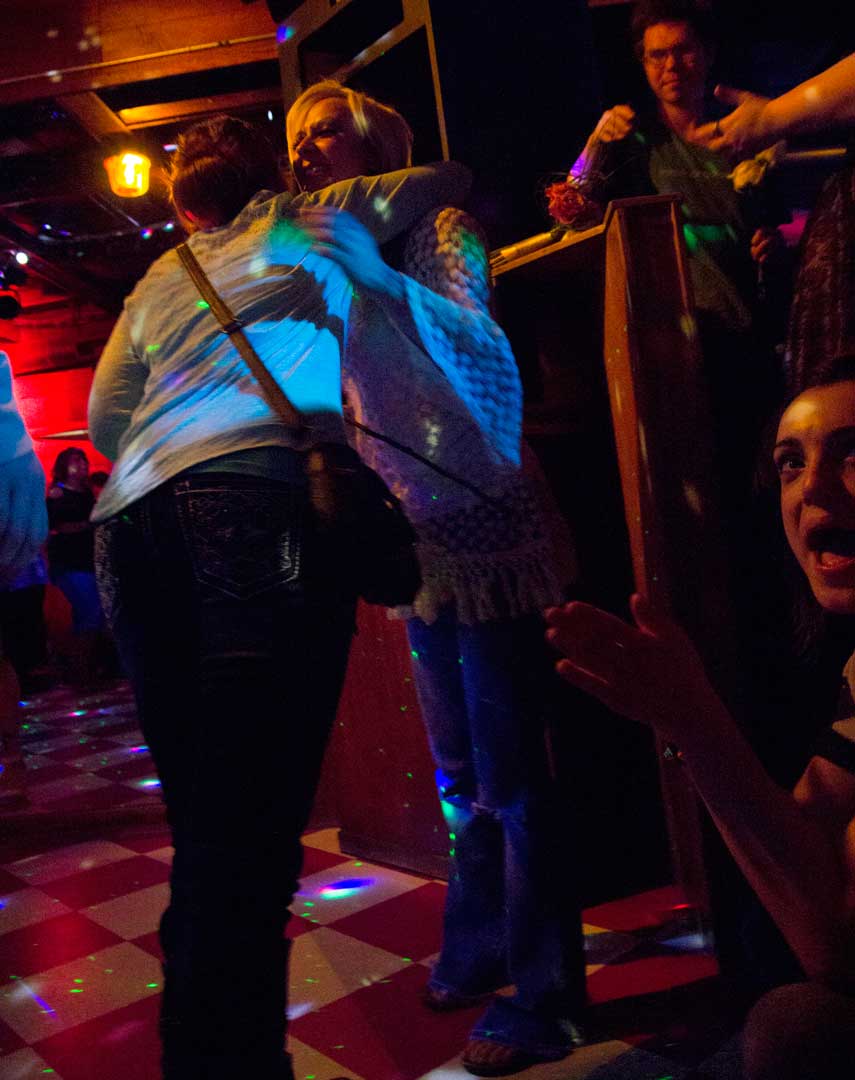 In the middle of the performance Charlie gives Natalie a flower and disappears off stage. Natalie I believe, doesn't even notice because every performer in the show comes up to her and presents her with a flower and a hug, as do several old friends and performers whom she wasn't expecting. If you look closely above you will see the start of tears in her eyes, if you look to the right you may see why. Her friend, the man standing up in the precious picture is now holding a flower for her, as is another audience member. By the time all was said and done she received at least two dozen roses from her friends and fans they came from the audience as well as the stage. She literally could not turn around without being showered with affection. The truth of what is happening starts to dawn on her. This entire show, it was all planned for her, even much of the audience was there to give to her. 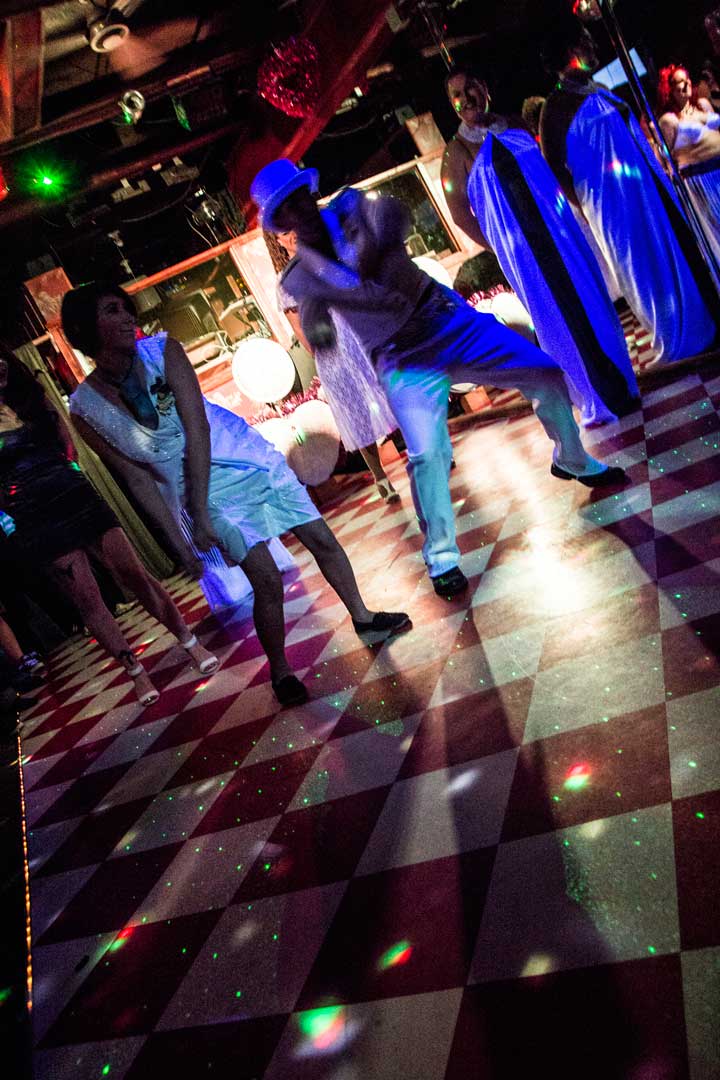 At this point Charlie comes back out dressed in a white suit. He along with all of the other entertainers start to dance. The choreography is not only amazing, it was every bit as good as a professionally choreographed dance routine that accompanied so many 90's pop concerts. In my It was more impressive because Charlie's dance was written to impress, not back up some manufactured singer. (though I was never into pop music so I have never seen one of those dances straight through)  In every one of his movements the love and devotion he put into every bit of this rehearsal was evident. At this point even I was blown away at the lengths he had gone though to ask one simple question.

On April 18th Natalie participated in a live performance she didn't even realize was all for her. The end of which consisted of Charlie dancing to the Bruno Mars song Marry You In front of hundreds of people. As the song wound down all of the performers gathered together and held up signs asking if she would marry Charlie. Together as an audience and performers we helped one man show the depths of love for a woman, and ask for her hand in marriage. Pouring tears of joy she accepted, surrounded by dozens of people who were not only stunned at the display but honored to be a part of it in even a small way.

I started out this entry asking when the picture could change the artist. Let me say that I have attended dozens of weddings. I've been to a wedding where the grooms father died in a hospital bed during the ceremony, leaving the bride to hold her husband and say lovingly "it was the only way he could be here to see us," even after seeing that display I still couldn't conceive of a love that would carry someone to these depths. To put forth the effort that this took. I can say that this is the most romantic thing I have ever seen. I was chosen to take the pictures of it, to capture such a prestigious moment. The moment that Charlie definitively proved that Natalie was the center of his world.

Many people who read this may not understand what I am saying. It's possible that my small words did not capture the scope of what Charlie did for Natalie. Or maybe like me you are hardened against emotions that leave a person so vulnerable. Seeing something like this should make you think. I had to share this will all of you, and I'm not lying when I say that all of you shed at least a few tears reading this. However, to bring this back to photography let me leave you with this thought.

A photographers purpose is to capture a moment, a fleeting fraction of a second that has never previously existed and will never come again in the billions of years that have past and are yet to come. This moment lives on through you, but how can it truly live on if you don't let it live through you, shape you in some small way.