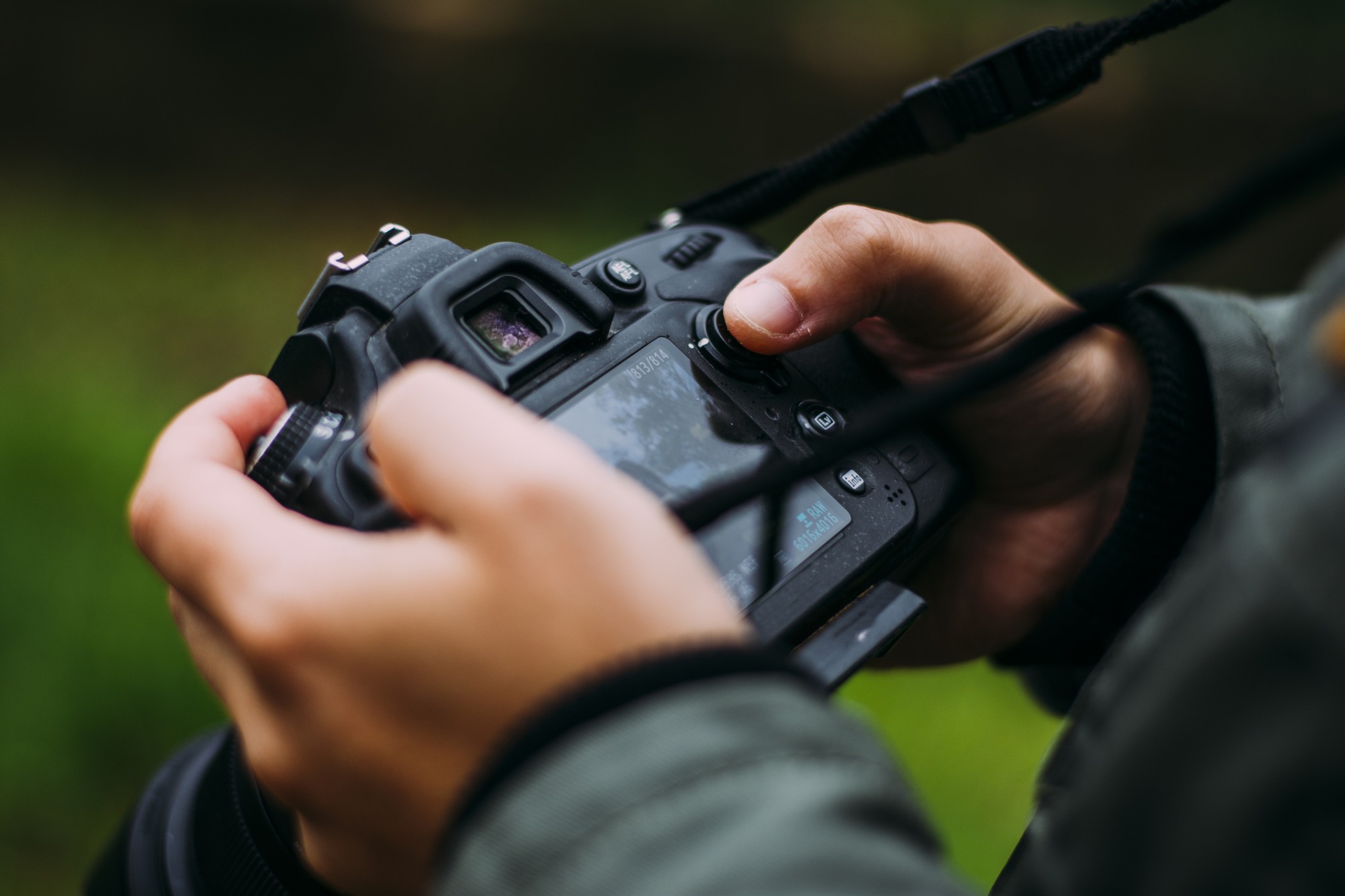 photo by PatriciaEnciso via iStock

If you're a Canon shooter, the chances are good that you've heard of Magic Lantern. That makes sense because it's not a new thing.

In fact, Magic Lantern has been going strong for a decade now, helping Canon shooters increase the functionality of their camera by enhancing its software.

What is Magic Lantern?

As described by the nice folks at Magic Lantern, it is a "software enhancement that offers increased functionality to the excellent Canon DSLR cameras."

No, it's not a hack. Instead, it's an open framework (that's licensed under GPL) for developing extensions that work with Canon's official firmware. The program launches from your memory card and runs alongside Canon's software. The only modification that's made is to enable the software to run from a memory card.

Magic Lantern gives Trammell Hudson credit for creating the program. Get an introduction to Magic Lantern in the video above Alexander Fox (and featuring Trammell too).

Today, photographers and videographers the world over are adding more and more functionalities to it that add HDR controls, timelapse, focus assist, manual audio, motion detection, and a whole host of other features to Canon cameras.

Below is just a smattering of cameras that are currently supported by Magic Lantern (each camera is hyperlinked to a YouTube tutorial for Magic Lantern on that specific camera):

Magic Lantern for the Canon SL1 and Rebel XSi are in development, and it also works with the Canon 5D, though the build it no longer maintained.

You might be wondering why Magic Lantern is only available for older models. The answer is simple: since the camera's firmware has to be reverse-engineered, it takes a while to get the software just right. 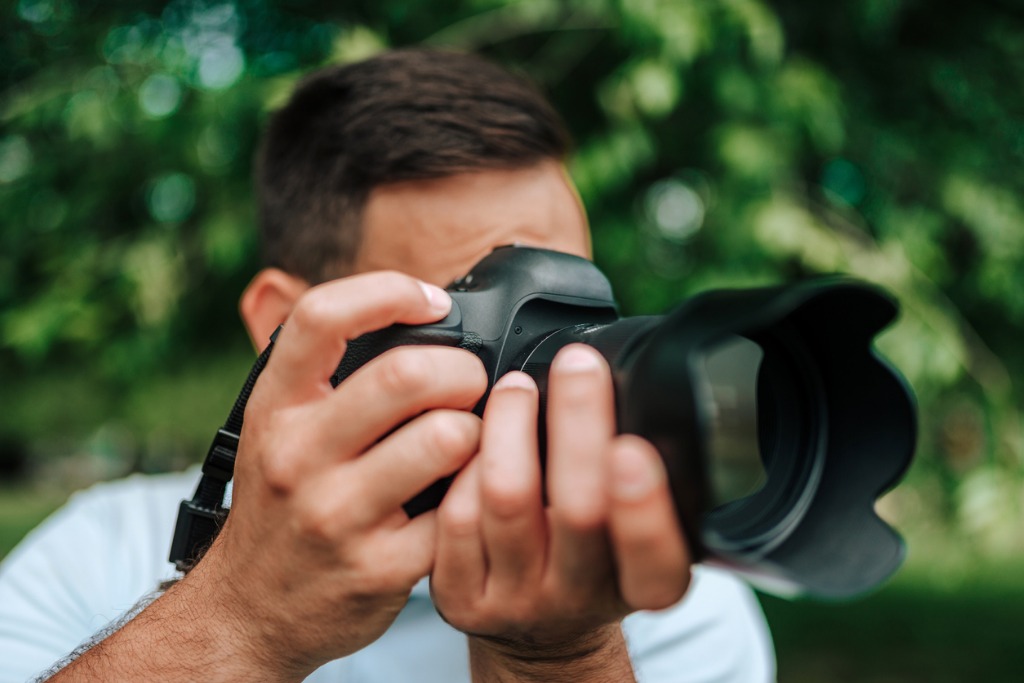 Something else you might be wondering is, "Is Magic Lantern safe?"

By and large, Canon shooters swear by Magic Lantern and laud it as a must-have that expands your camera's capabilities.

Having said that, as Magic Lantern notes on their website, nothing is guaranteed and Canon does not endorse the use of Magic Lantern. The program changes some of the camera's settings, and if those are changed incorrectly, the camera might not turn on.

What's more, using it will more than likely void the camera's warranty, if, in fact, the camera is still within the warranty period. Even if it isn't under warranty, if something goes awry with Magic Lantern and you seek help from Canon to fix your camera, you likely won't get it.

Since Magic Lantern is open source, there are tons of features that have been developed and are currently in development that you otherwise couldn't find on a Canon camera.

In the video above, PhotoRec TV explores a number of awesome Magic Lantern features. Below are screenshots of a few of these features with quick explanations. 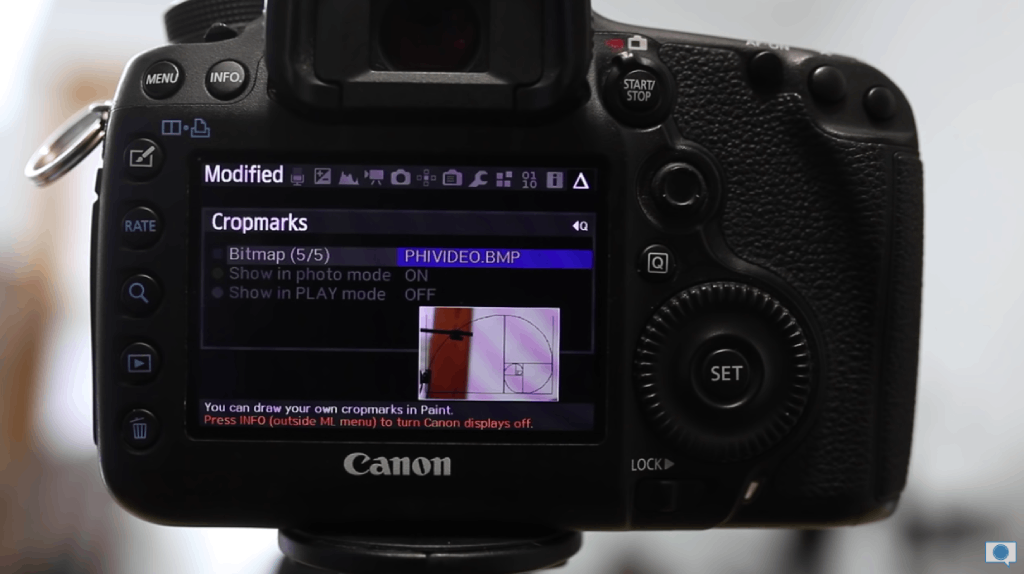 Sure, you can use the standard 3x3 overlay when shooting in live view, but why not use the Golden Ratio overlay from Magic Lantern?!

Above, you can see how the Golden Ratio overlay looks on the LCD. Though many scenes are well-suited for the more traditional rule of thirds overlay, using the Golden Spiral can help you create much more advanced compositions that have enhanced visual appeal.

Note that this is just one of many different overlays that you can use with Magic Lantern. 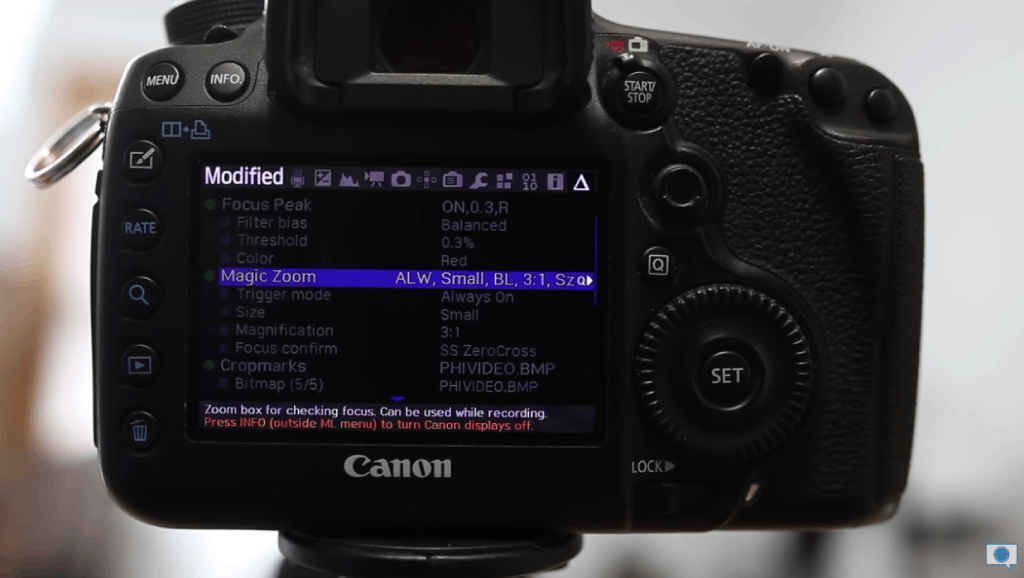 Though you can magnify on the camera's LCD to focus for video, as soon as you press record, that magnification goes away.

Unless, that is, you're running Magic Lantern...

Using "Magic Zoom," you can get that focus you need and have a constant view of magnification at the same time. 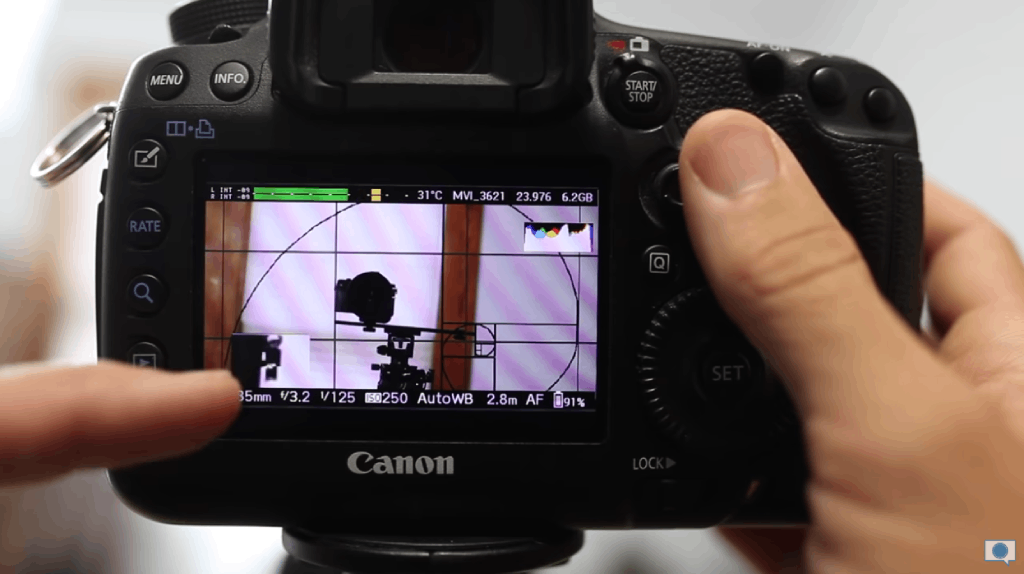 Above, you can see the small display at the bottom-right, which maintains the magnification from earlier while you're recording.

Magic Lantern even displays green bars on the top and bottom of the magnification box to help you achieve maximum sharpness. 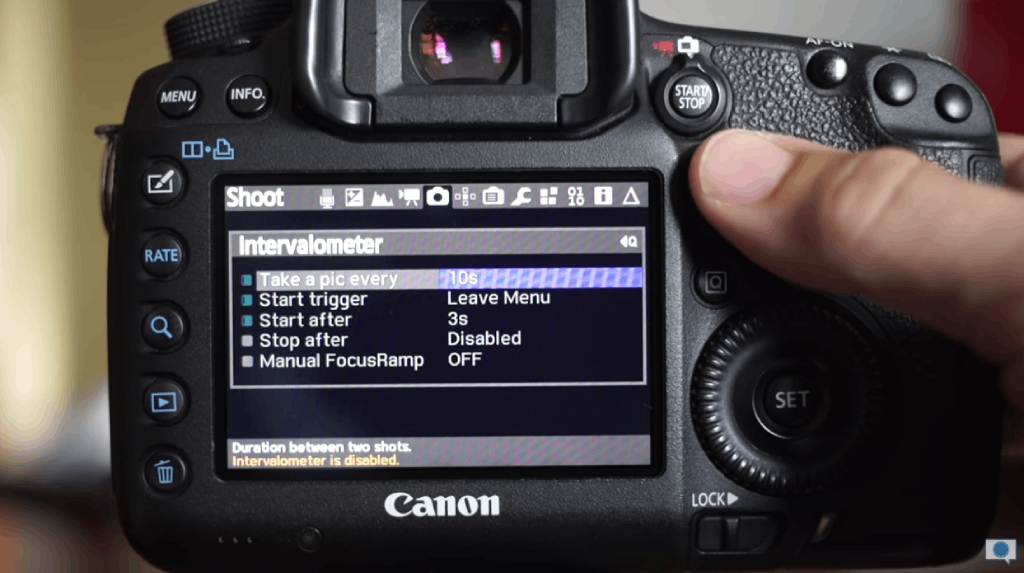 Yet another great way that Magic Lantern improves the functionality of Canon camera software is by adding an intervalometer.

An intervalometer is a crucial feature to have if you want to take time-lapse photos because it allows you to tell the camera to take a picture at a predetermined interval.

Not only is this convenient from the standpoint that you now get a built-in intervalometer, but it's also a money saver because you don't have to buy an intervalometer that plugs into your camera.

Focus peaking gives you a visual indication of what areas of the scene are in focus.

Though it sounds very simple, it's actually an incredibly helpful tool for getting tack-sharp photos. It also makes much easier work of getting the focus just right when using a manual focus lens.

But focus peaking is just one of many focusing features that Magic Lantern adds to Canon EOS software.

In the video above by Robert Ballou, get a complete run-down of the Magic Lantern focusing menu. 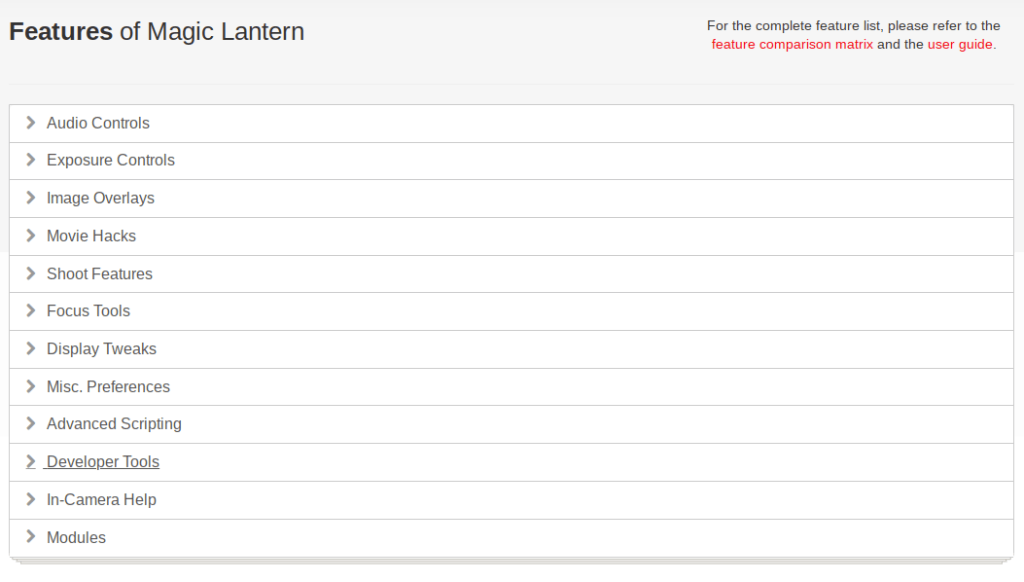 On the Magic Lantern website, you'll find a list of features broken down by topic, as shown above.

As you can see, Magic Lantern isn't just about providing you with more functionalities for photography, but there are also all kinds of features for improving audio and video performance of the Canon firmware.

The Developer Tools are also handy because they give you a look under the hood at some important metrics.

You can see how much free memory is remaining, inspect the image buffers, get a readout of the internal temperature of the camera, and much more.

As with anything, there are some upsides and downsides to Magic Lantern.

For more details on some of the downsides of Magic Lantern, check out the video above by ZY Productions.

How to Install Magic Lantern

How to Install Magic Lantern: Prepare Your Camera 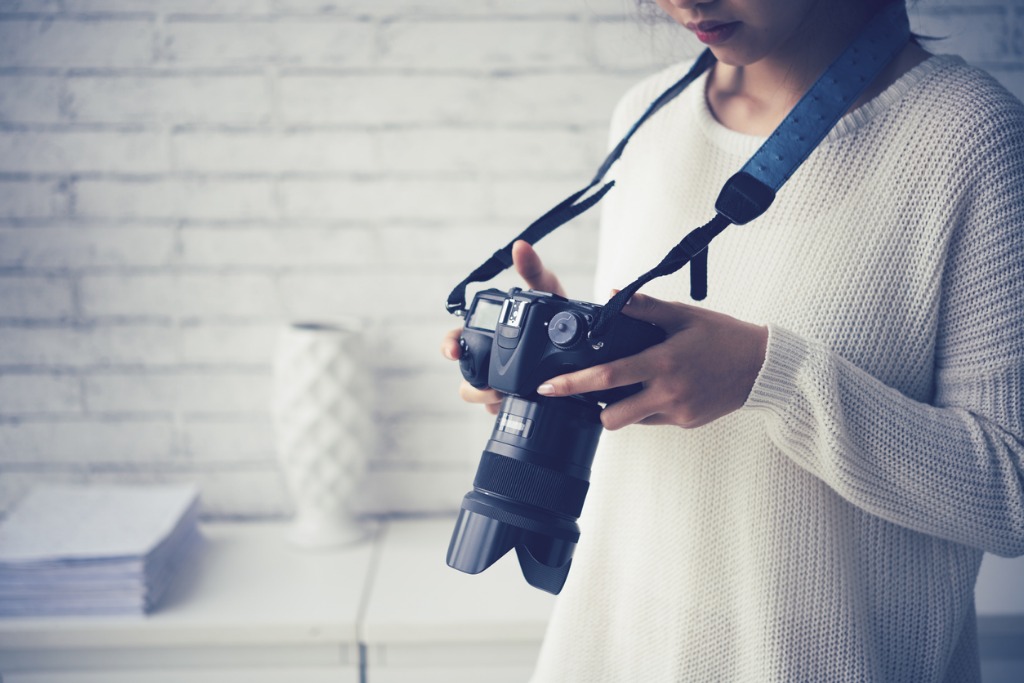 photo by DragonImages via iStock

How to Install Magic Lantern: Format the Card and Install the Software

How to Install Magic Lantern: Start It Up 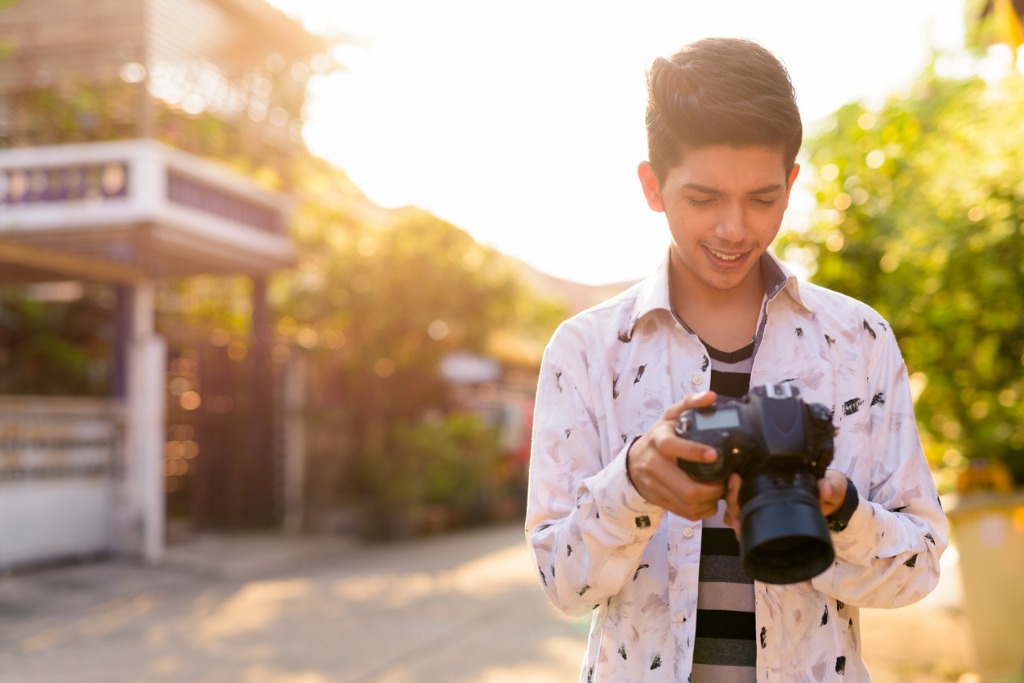 photo by Ranta Images via iStock

Magic Lantern notes that you must wait for the LED confirmation before removing the memory card from the camera, unless you're using a Canon Rebel T2i.

How to Uninstall Magic Lantern 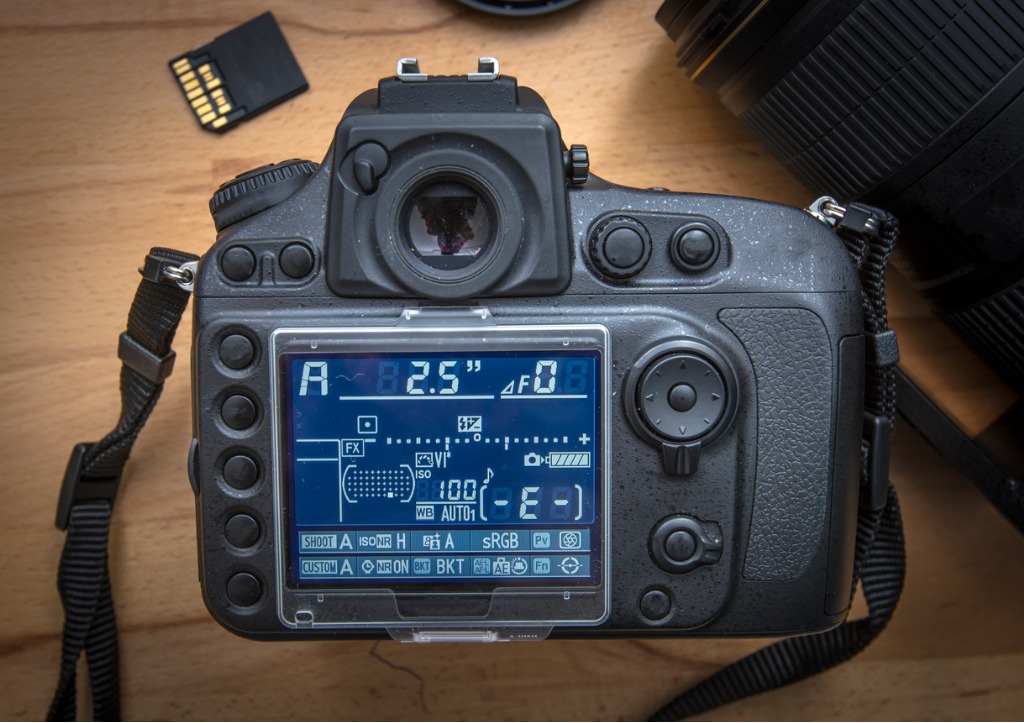 photo by Srongkrod via iStock

If you decide you no longer want to run Magic Lantern on your camera, the process for uninstalling it is straightforward:

And there you have it! Now you know what Magic Lantern is, what it does, how to use it, and how to install and uninstall it.

All that's left now is to experiment with Magic Lantern and let it unleash the potential of your Canon camera.