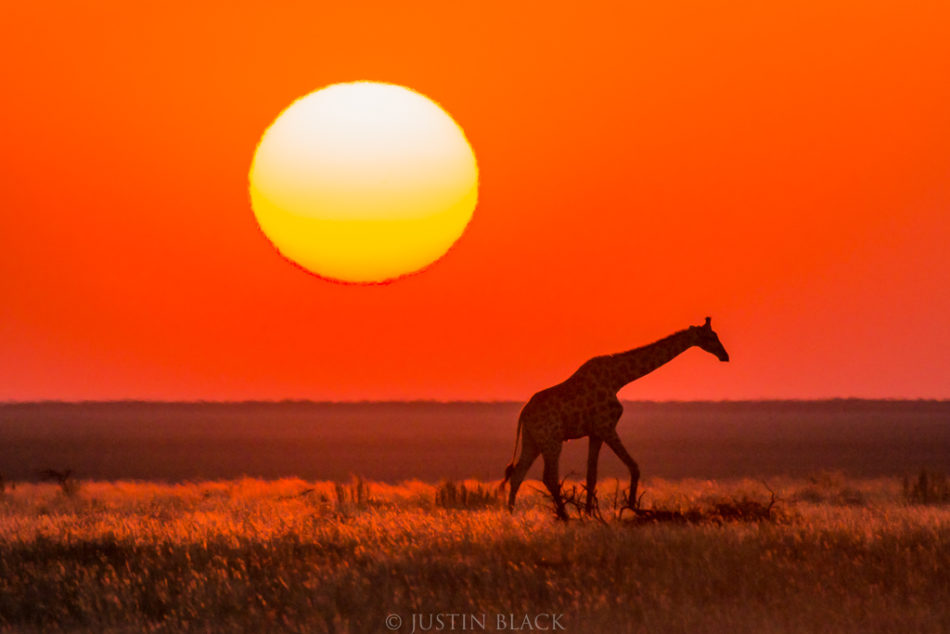 Namibia isn’t referred to as “Africa’s desert gem” for nothing.

It is a country of breathtaking beauty with awe-inspiring deserts with soaring dunes, plentiful wildlife, and abandoned ghost towns that serve as a reminder of how harsh desert life can be.

Namibia is home to some of the most incredible landscapes on earth as well, including the Skeleton Coast and Etosha National Park, both of which are must-sees for landscape photography enthusiasts.

Namibia is a place that can capture your heart, mind, and spirit, and when you travel there with your camera, you very well might not want to come back!

In this Namibia photography and travel guide learn about a few must-see locations and how to plan your Namibia trip to maximize your photographic opportunities.

What to Photograph in Namibia - Sossusvlei’s Thousand-Foot Dunes 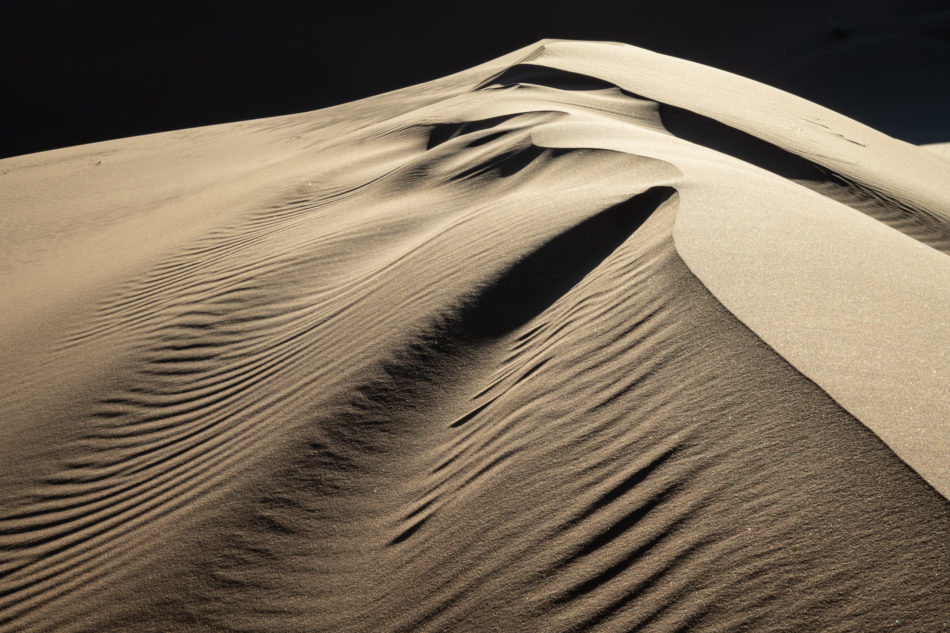 The Sossusvlei region of Namibia is an interesting one, to say the least.

Located in Namibia’s Namib-Naukluft National Park, Sossusvlei is a salt and clay pan famous for its massive sand dunes.

The most interesting aspect of the dunes isn’t their height - some reach over 1,000 feet high - but instead it’s the colors of the sand that are the most fascinating.

You’ll find dunes that range from bright pink to dark orange, a variation that occurs because of oxidation (the sand has a very high iron content).

The longer the dunes have had to oxidize, the darker their coloring - old dunes are intensely red. 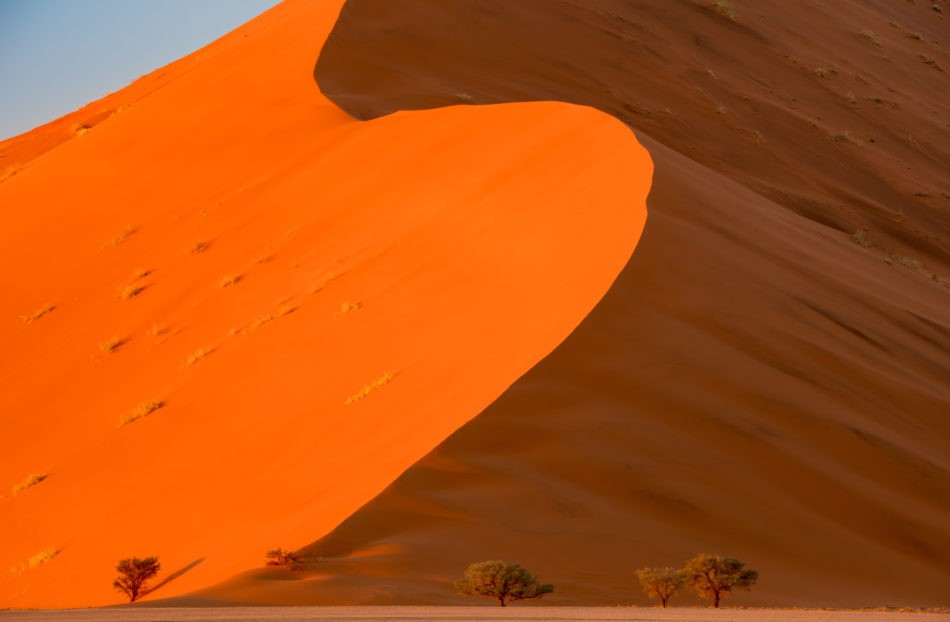 But the Sossusvlei region is much more than massive dunes...

Near the coast, the dunes give way to a completely different ecological zone, one with wetlands, lagoons, and mudflats.

Where the dunes harbor comparatively little life, their coastal neighbor is home to hundreds of thousands of birds and other animals that seek water, food, and shelter in the lagoons. 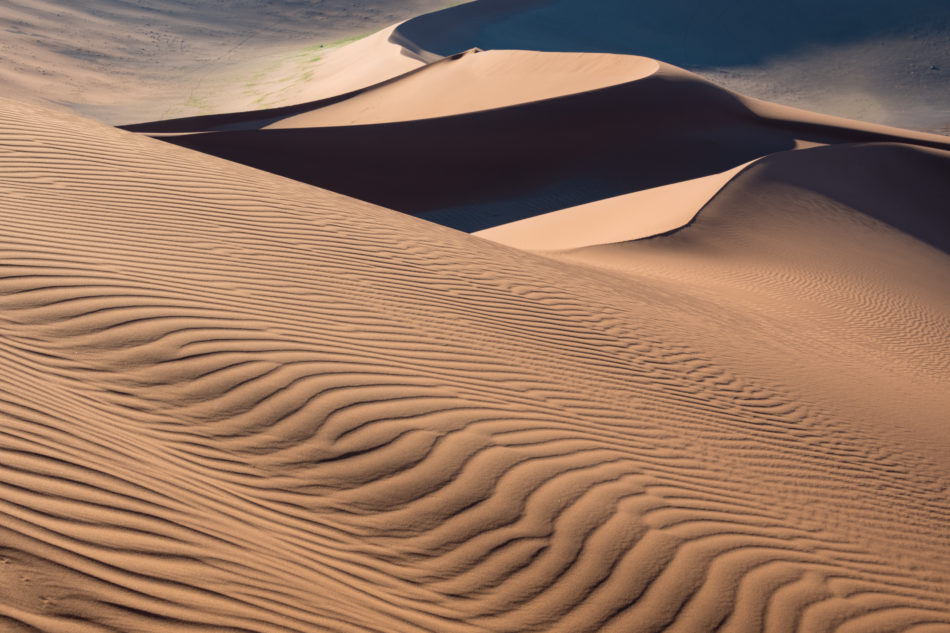 Quick Tip: Sidelighting is ideal for photographing dunes. As shown above, with the light entering the scene from the left, the right side of the dunes are cast in shadow to give the shot incredible contrast. What’s more, the sidelighting highlights the ripples in the sand created by the wind. The result is a photograph with incredible dimension!

What to Photograph in Namibia - The Wildlife of Etosha National Park 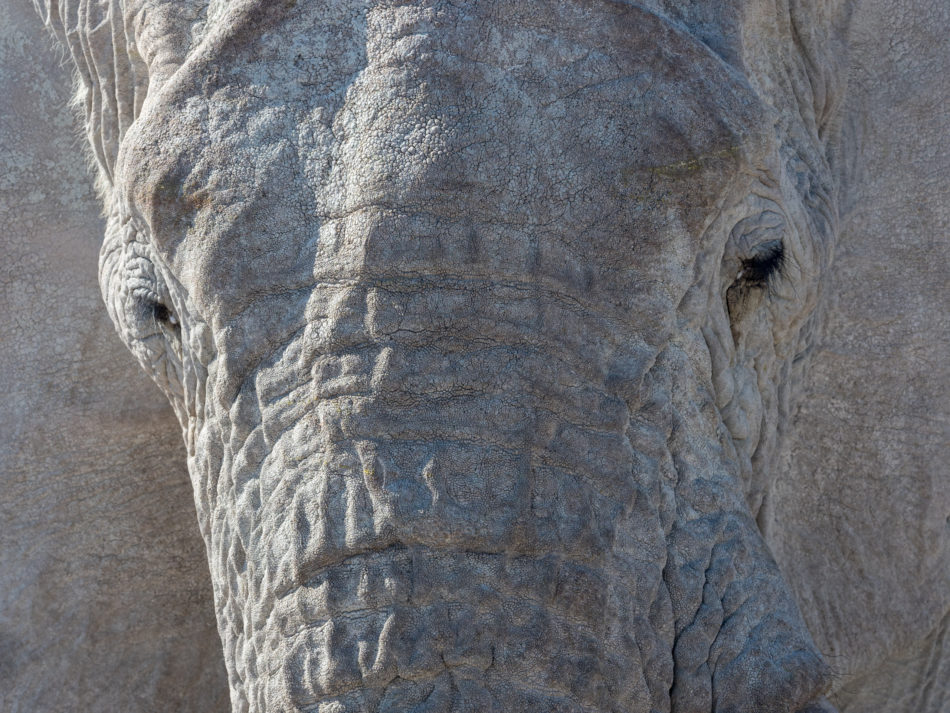 Considered the greatest wildlife sanctuary in Namibia, Etosha National Park is a must-see location if wildlife photography is on your agenda.

Though the majority of the park is a salt pan (which is so large it can be seen from space), wildlife from around Southern Africa migrates to the park’s many watering holes to satisfy their thirst.

To say that wildlife here is abundant is an understatement - you’re all but guaranteed to see game each time you venture out into the park, both because of the sheer number of animals and because the park is one of the most accessible reserves in all of Southern Africa. 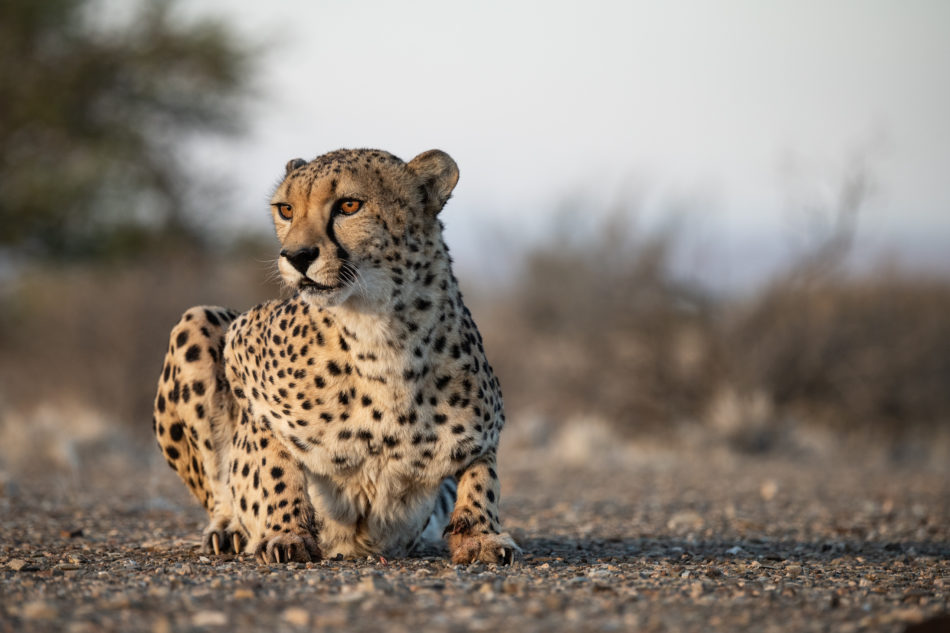 The park offers a glimpse at both common and elusive wildlife species.

For example, elephants are found in large numbers, particularly in the areas of the park with thick vegetation. Lions, giraffes, and many common kinds of birds (all 340 species of them!) are easily spotted in many locations in the park.

At the same time, you can spot elusive leopards and the endangered black rhinos in the park, as well as the world’s largest bird, the ostrich, and the heaviest flying bird, the kori bustard.

Of course, the best time to visit this area is in the heat of the summer, when animals come from far and wide to find replenishment during the dry season.

Quick Tip: At 8,598 square miles, Etosha National Park isn’t exactly small. As a result, plan for several days to explore its beauty. There are three main camps inside the park (Okaukuejo, Halali and Namutoni) that offer sleeping accommodations, restaurants, shops, and recreational opportunities. Deeper in the park are three more camps, Olifantsrus, which offers camping only, and Dolomite and Onkoshi, both of which offer safari-like experiences.

What to Photograph in Namibia  Abandoned Ghost Towns 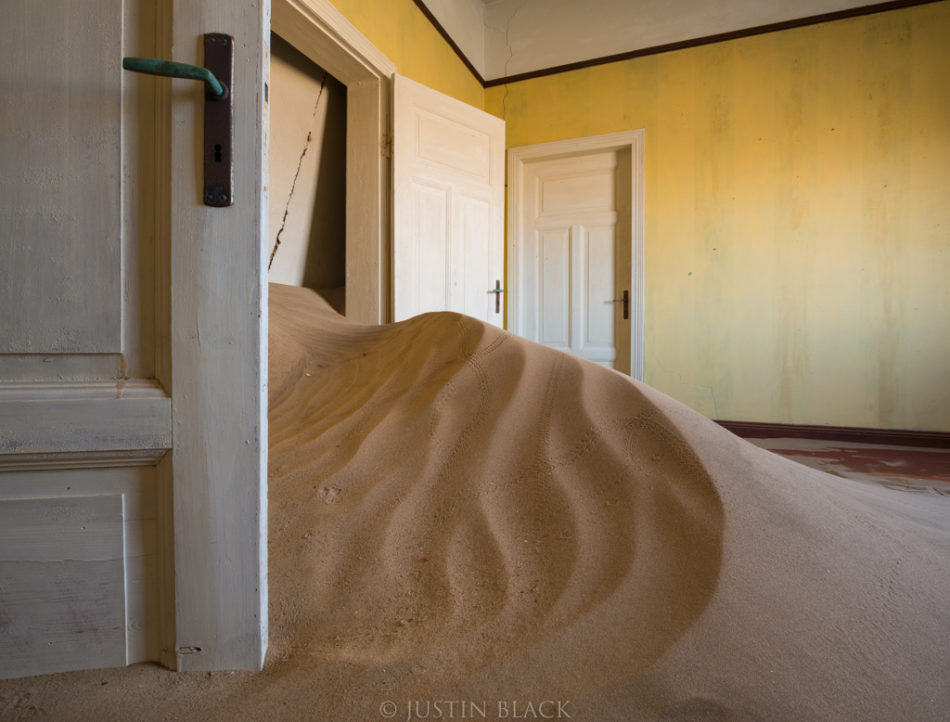 One of the most haunting scenes you’ll find in Namibia are its abandoned ghost towns that are slowly being reclaimed by the desert sands.

Kolmanskop, a once-bustling mining town, is a must-see. Its buildings still stand, but since the diamond mine there collapsed and its residents left, sand is overwhelming the buildings with dunes forming against their sides (and entering their doors and windows). 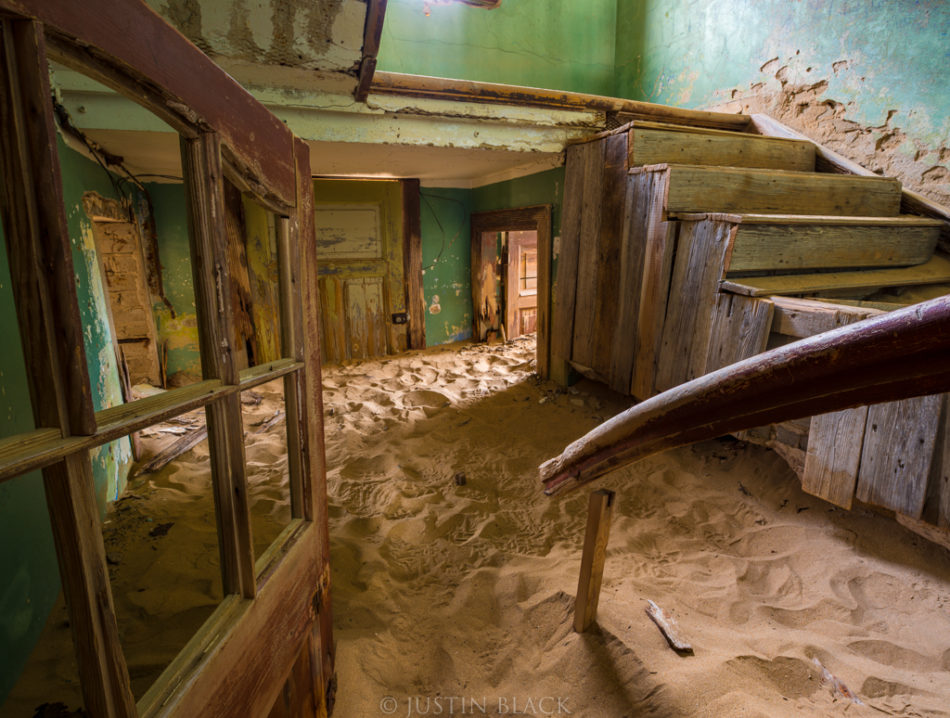 The town’s buildings bear the architectural style associated with German towns, thanks to the German control of the area in the early 20th Century after diamonds were discovered.

The dry climate has preserved the buildings, which are in shockingly good condition, apart from the knee-deep sand that now covers their floors.

Quick Tip: Elizabeth Bay is another abandoned mining town worth your time. Remains of the original town and mine still stand, though in the shadow of the new Elizabeth Bay Mine that opened in 1991 and is still in operation today.

How to Make the Most of Photographing Namibia 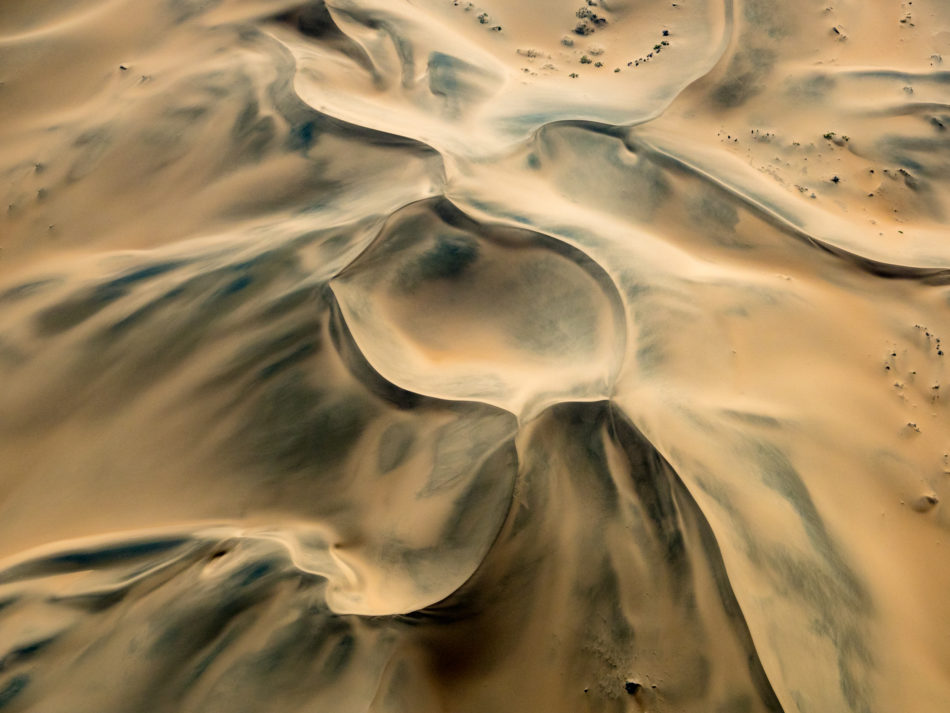 A photography trip to Namibia is on many people’s bucket list. So why don’t more people make the trek?

The primary difficulty with planning a photography trip to Namibia is simply determining where to go. With so many breathtaking sights and photo opportunities throughout the country, one could easily spend months there with a camera, yet most of us do not have that kind of time to do so!

It then becomes a difficult process of choosing the few locations you’ll get to see - a task that becomes doubly difficult after seeing photos of this impressive area. It’s simply so hard to decide. 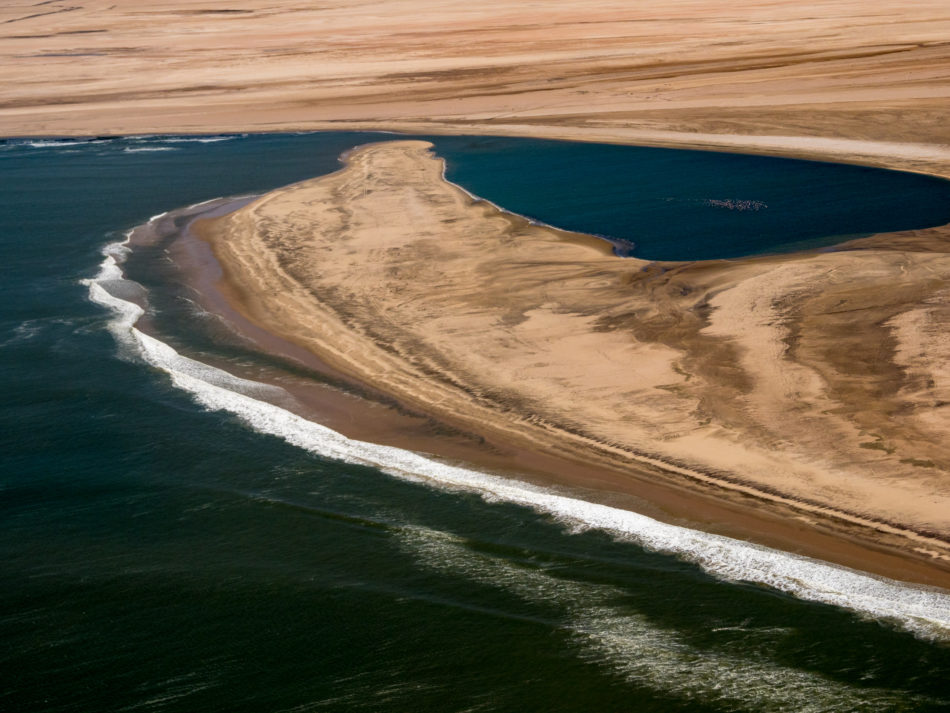 If you think about it, the hard parts are taken care of for you - creating an itinerary, determining when and where to go (and for how long), and arranging travel and accommodations in-country.

And, when you travel to Namibia with the likes of Visionary Wild, you’re led by world-renowned photographers Michael Melford and Eddie Soloway, both of whom have spent their fair share of time in Namibia.

That means that you get to learn from some of the best photographers in the world, but you also get to rely on their expertise to take you to iconic places and off-the-beaten-path areas that few tourists get to see. 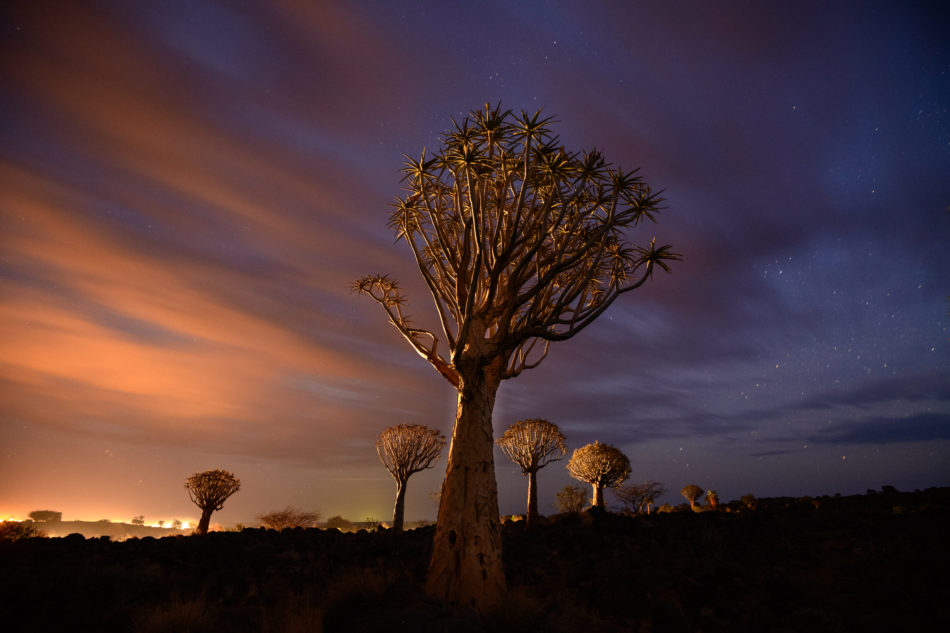 Visionary Wild’s Namibia expedition puts you in-country for two weeks (June 21-July 4, 2020). During that time, you’ll get to explore each of the locations described above, as well as many other photography hot spots in Namibia, including: 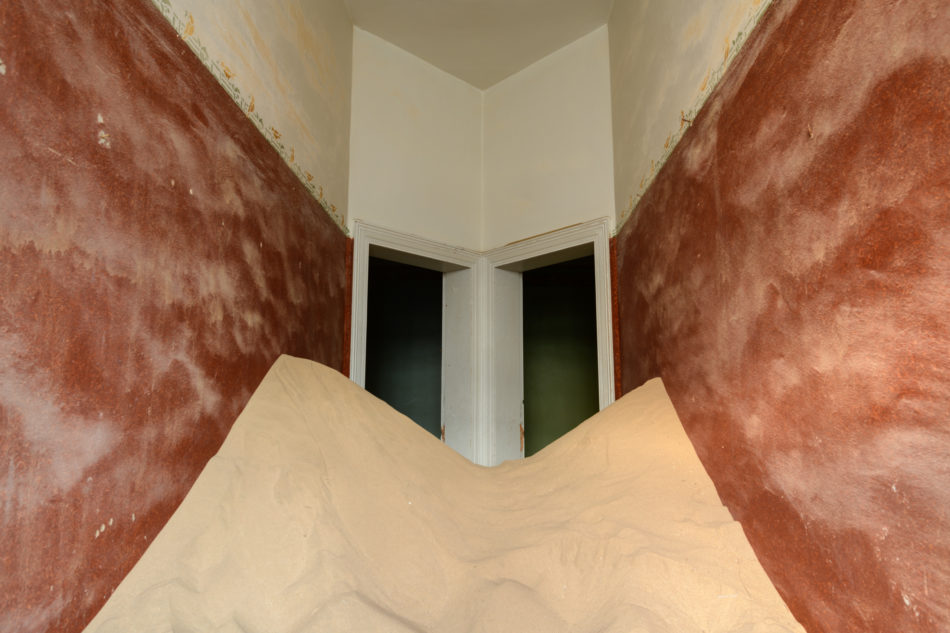 It’s an itinerary chock-full of adventure, but in amongst all that adventure, you get plenty of opportunities to learn more about photography and hone your skills behind the lens.

And since the expedition is limited to just six participants, the instructor-to-student ratio is just 3:1. That gives you ample time to get one-on-one instruction that will truly help you achieve your potential as a photographer.

There is truly no better way to experience Namibia and learn how to become a more skilled photographer than a small group photography expedition.

Other Tips for Planning a Namibia Photography Trip 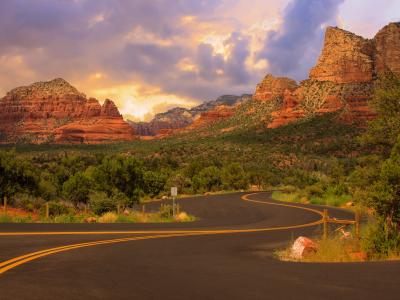 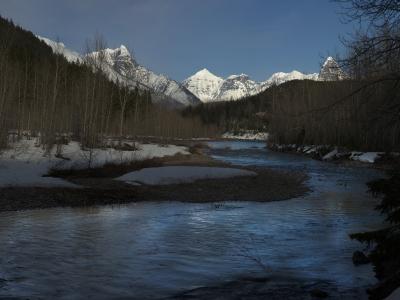 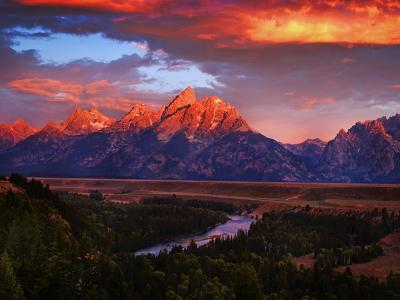 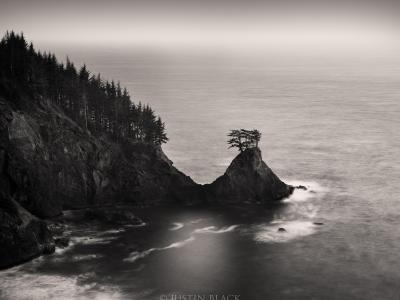 In the Nikon Z50 vs Canon EOS RP debate, which one comes out on top? These cameras have many similarities, but their differences could lead you one way or the other.

If you sell clients prints, you should strongly consider offering high-quality canvas prints. But what makes a canvas good quality? Find out in this guide!

The Canon EOS R5 price might have been leaked by a camera website in Australia. If the price is accurate, you'll need a big pile of cash to get an R5.