What makes a portrait pop?  It's the eyes!  When we look at photographs of people we go to the eyes, and to really make those eyes sparkle you need to get some light into them.  It's pretty easy to do with flashes.  You pop off a light and the eyes light up.  Below is a shot of my son.  I am bouncing a flash off the ceiling as we are getting ready to eat dinner. 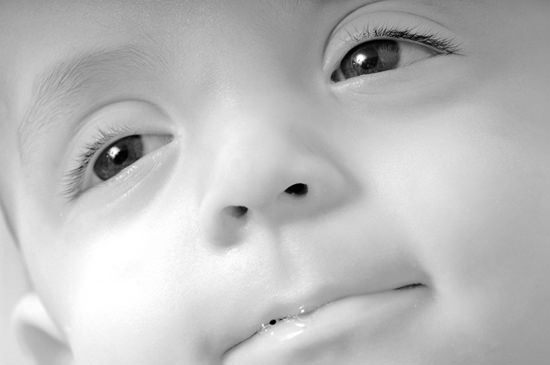 But sometimes flashes, lights, stands, etc....can be a little overwhelming.
They can feel a little 'in your face' 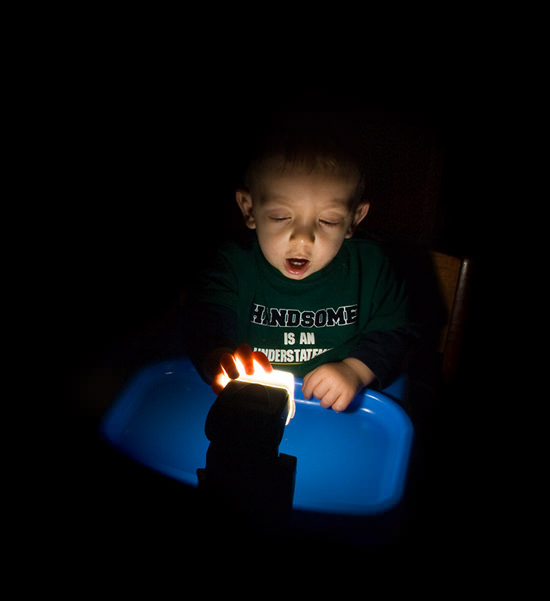 And lets be realistic about this.  Like many of you, I have kids.   In my case we have a one year old and a four year old.  When we head out in the world, I am likely to bring my camera, but not flashes and light stands. But that doesn't mean you can't get the same effect.  There are light sources everywhere!  For example, we recently went to the Children's museum in Everett, WA when we were visiting family. I took along my camera and the one lens I use for shooting in what always turns out to be low light situations. My 50mm f/1.8.   These lenses are small, light, and the aperture opens WIDE!  They are also dirt cheap (in the world of SLR lenses). Everyone should have one of these in the bag.

I walked in and planned on getting a few snapshots of my kids and their cousins playing at the museum. We walked into a mock Doctor office and they had a light table on the wall so the kids could look at x-rays. 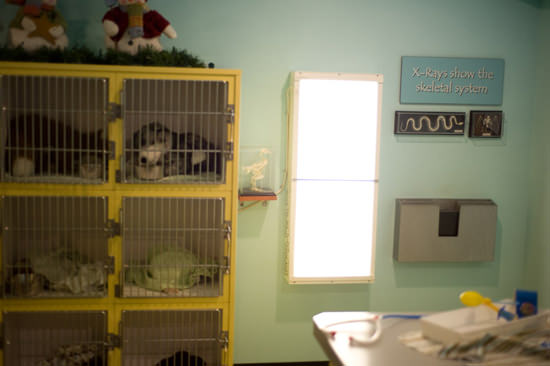 Bingo....a free softbox.  I put my back to the wall right next to it and called to my daughter.  She came over and gave me one quick grin and then ran the other way. 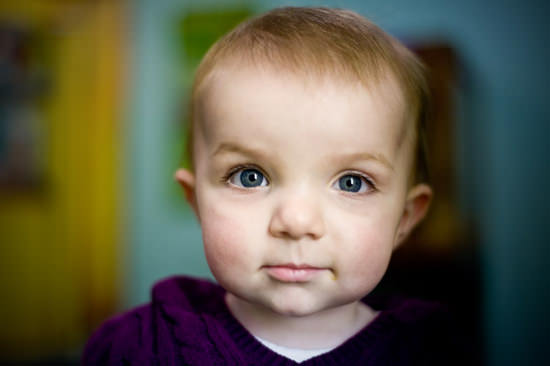 No need for a flash there and note how nicely the background falls out of focus at f/1.8.  Not bad for $120 lens.  After the museum we went to a restaurant and were seated right next to some windows.  I made sure to put myself between her and the windows which really lit up her eyes. 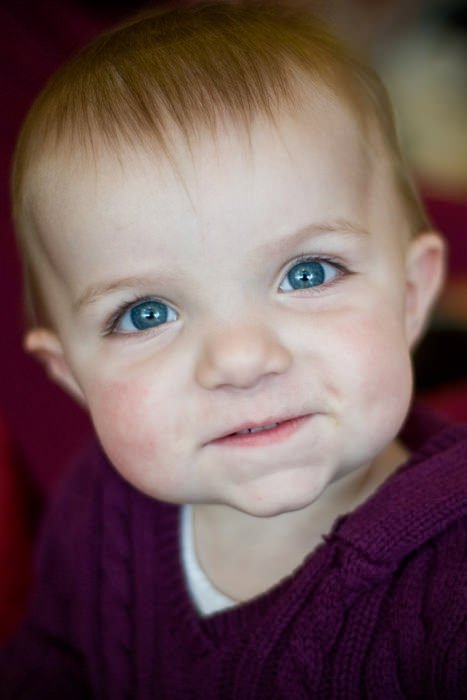 You can do this at home as well.  Put your back right up to a window and get your subject up close to you.  The eyes will really light up.  Here is my daughters room.  I placed her on the pillows (added a black cloth over the pillows) and was leaning up against the wall right below the window. 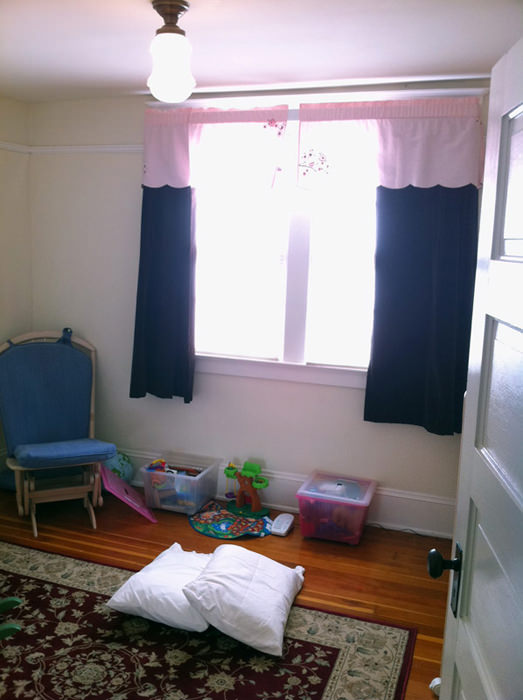 And the eyes sparkle!  Here is a straight out of camera shot. 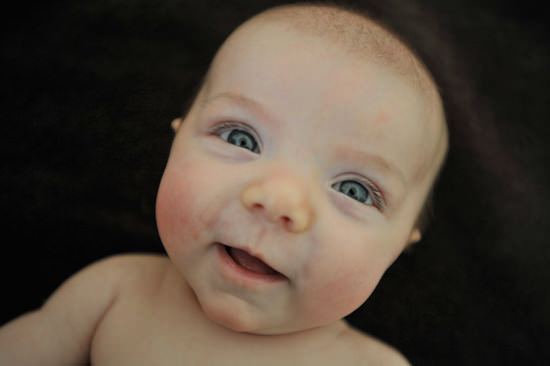 And the processed black and white image. 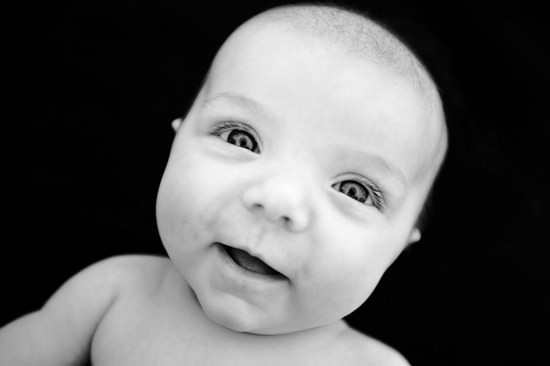 Works equally well outside in the daytime.   If it is sunny outside you can place your subject in the shade and have them look out to the sunlight and the eyes will shine again.  Make sure the background is also in the shade so you don't end up with any distracting highlights.  A few years ago fellow PPSOP instructor Bobbi Lane and I were wandering around Dubai and came across a souk (market) off the beaten path.  I put them in the shade of the booth and they are looking out into the full sunlight where I am standing. 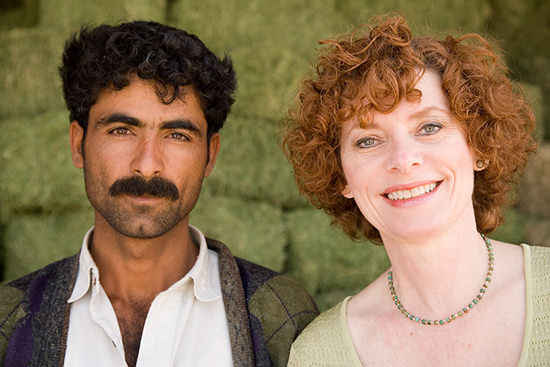 All the guys at the market wanted to have their picture taken with Bobbi! I can't blame them. 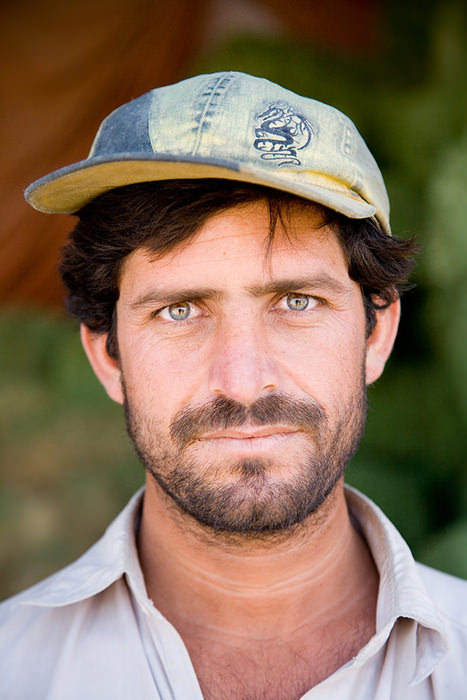 So, look for the light!  It is there, and can give you the look you want at those times when you can't carry all that gear with you!