Look for the LIGHT! 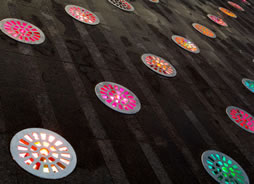 So, there I was....teaching a workshop in Seoul, Korea. We were walking the streets on the way to shoot City Hall at dusk...it was a dusk photography workshop, after all. As we were arriving something caught my eye.....color and LIGHT! There was a large public square in from of CIty Hall and in it was a fountain. For some reason this evening all the lights were on for the fountain, but there was no water flowing. 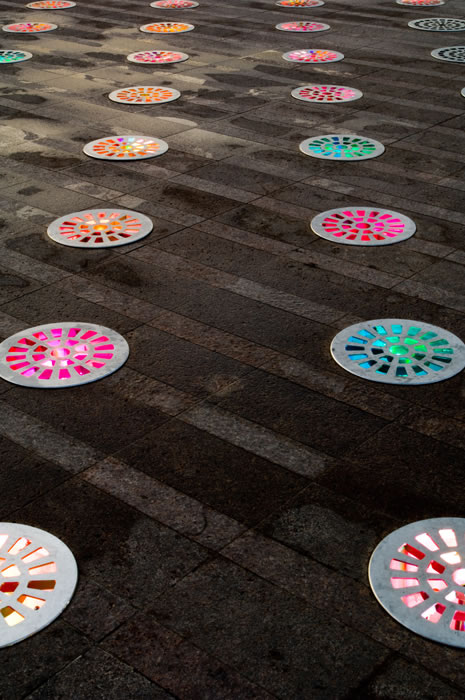 I made a few snaps as we went by and made a mental note....after shooting the skyline this was the place to come back to! We had light and color and we can make something out of that! We shot the skyline as planned.

We walked back to where the fountain was and started playing around. My original idea was to lay down on the ground next to the light. What was I going for there? Well, something a little creepy or unsettling. I wanted something to bring out a little emotion from the viewer...something right at home on the cover of a Stephen King book. 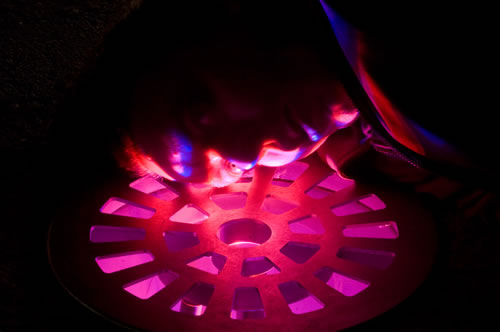 This, however, just wasnʼt getting across what I wanted it to. In these, I am using a 4 second shutter speed simply because this is the way it worked out. Then.....as it does OFTEN with photography, a happy accident. I was standing up to set up my self timer again, and someone happened to be exposing as I stood up. What they saw was something they called ʻWindy Chrisʼ. By the end of the evening everyone had a self portrait similar to what you see below. 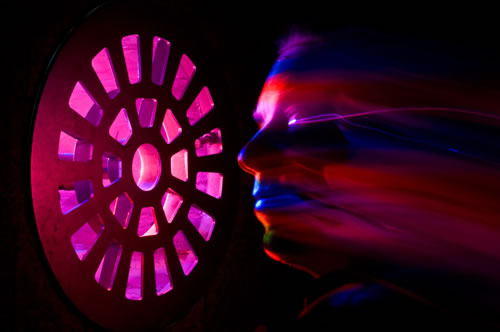 So, look for the light and then, HAVE FUN!