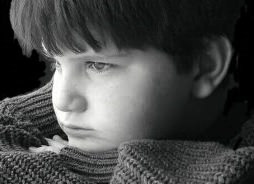 There have been entire books written on the art of posing a subject, detailing the classic styles, with incredibly technical discussions about lines and curves and angles. While all of that is important if you’re planning to pursue it as a profession, for now let’s distill it all down to the fundamentals that will give you the tools to pose your subjects like a pro.

The first thing to consider is your surroundings. Many people feel awkward having a portrait taken so taking the photos in someone’s own back yard, both literally and figuratively, can do wonders for helping them relax. While the idea of shooting at the beach sounds great in theory, beaches are often windy, which can really make for a bad hair day. Plus, unless there’s a pier nearby, many beaches have a serious lack of open shade. So to start, choose a nice backyard or neighborhood park.

What, you may ask, did I mean by open shade? Open shade is the lighting you’ll use when shooting a portrait outside. It means positioning your subject so they are in shade facing toward the sunlight. The reflected light is extremely flattering and eliminates facial shadows.

If you know the person you’re shooting, you have a huge head start on professionals who photograph strangers. Since the point of a portrait is to reveal something about the subject’s character or personality, getting to know them even just a little can make a big difference in capturing a mood or spirit.

If you don’t know your subject or don’t know them well, take a few moments to talk to each other. Find out if they have any particular ideas in mind for their portrait. At the same time, you should be assessing what their appearance says about them and check out which is their better side because the truth is, almost everyone has a more photogenic side.

Even though you are going to pose your subject, their body language should be relaxed; or more accurately, looked relaxed. Remember that body language speaks volumes and influences how other people will perceive them. We regularly gauge someone’s attitude and even character based on body language because it expresses emotion as much as facial expression.

A subject whose body appears hunched or stiff or whose jaw is clenched may be perceived as being anti-social, timid, or angry while someone with relaxed shoulders, open eyes, and an easy smile will be seen as outgoing and friendly. It’s the job of the photographer to make sure the subject isn’t giving off wrong impressions because of their body language. And that’s where posing comes into play.

Usually, you’ll get a good idea of what will work and what won’t by directing the subject to move their heads and bodies this way and that. You can also walk around them and ask them to follow you with their head. The bottom line is, you just want to see what angles are the most flattering.

Not all portraits have the subject looking at the camera. But in photographs that do, it’s the eyes that should capture the attention of the viewer. So make sure to always use the eyes to focus the lens. 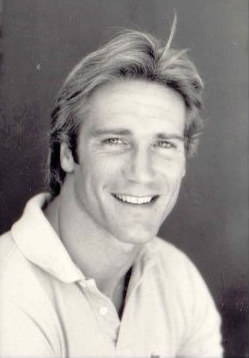 Keep your subject talking and ask them to smile every now and then because a smile can greatly affect how the eyes look. If your subject’s eyes turn into little slits when they smile, you might want to keep it to a soft smile. However wide the smile, the best smiles are the ones that happen as people engage naturally. The more rapport you have with your subject, the better chance you’ll have in getting a great smiling shot. And remember, a natural smile isn’t a laugh and doesn’t have to engulf the entire face.

On the other hand, some people are more naturally serious or thoughtful so in those cases, trying to coax a smile may be both stressful to the subject and frustrating for you. Again, this is why establishing rapport and getting to know your subject can save a lot of time and effort.

Shoulders should go unnoticed in portraits so make sure your subject keeps them relaxed. A lot of times during a shoot, a person will imperceptibly start to hunch their shoulders without even being aware of it. So every now and them, remind them to take a breather and relax.

The most important thing to remember about how you pose someone’s head is that you want it to be in natural line with the rest of the body so that there’s a visual symmetry. The general rule of thumb to remember is that is you shoot with a camera angle that places the camera higher than the subject, you will accentuate the eyes; a lower camera angle accentuates the mouth.

Some other tips for that perfect pose includes: if sitting, have your subject sit up straight and move them closer to the edge of the chair; if standing, have the body angled toward the camera; straight on full length shots are unflattering and visually dull; a slight turn of the head in relation to the shoulders gives definition to the jaw line; keeping the subject’s chin slightly down accentuates the eyes; and a slight lean towards the camera gives a better angle for the face and body.

Lastly, photographs can exacerbate certain features that in real life go more unnoticed. That’s because we see the world in animated three-dimension. A photo is a static two-dimensional medium so flaws are more pronounced. If you subject has closed-set eyes or one eye that is weak, capturing that on film can be jarring. To prevent that, pose them at an angle that minimizes the characteristic.