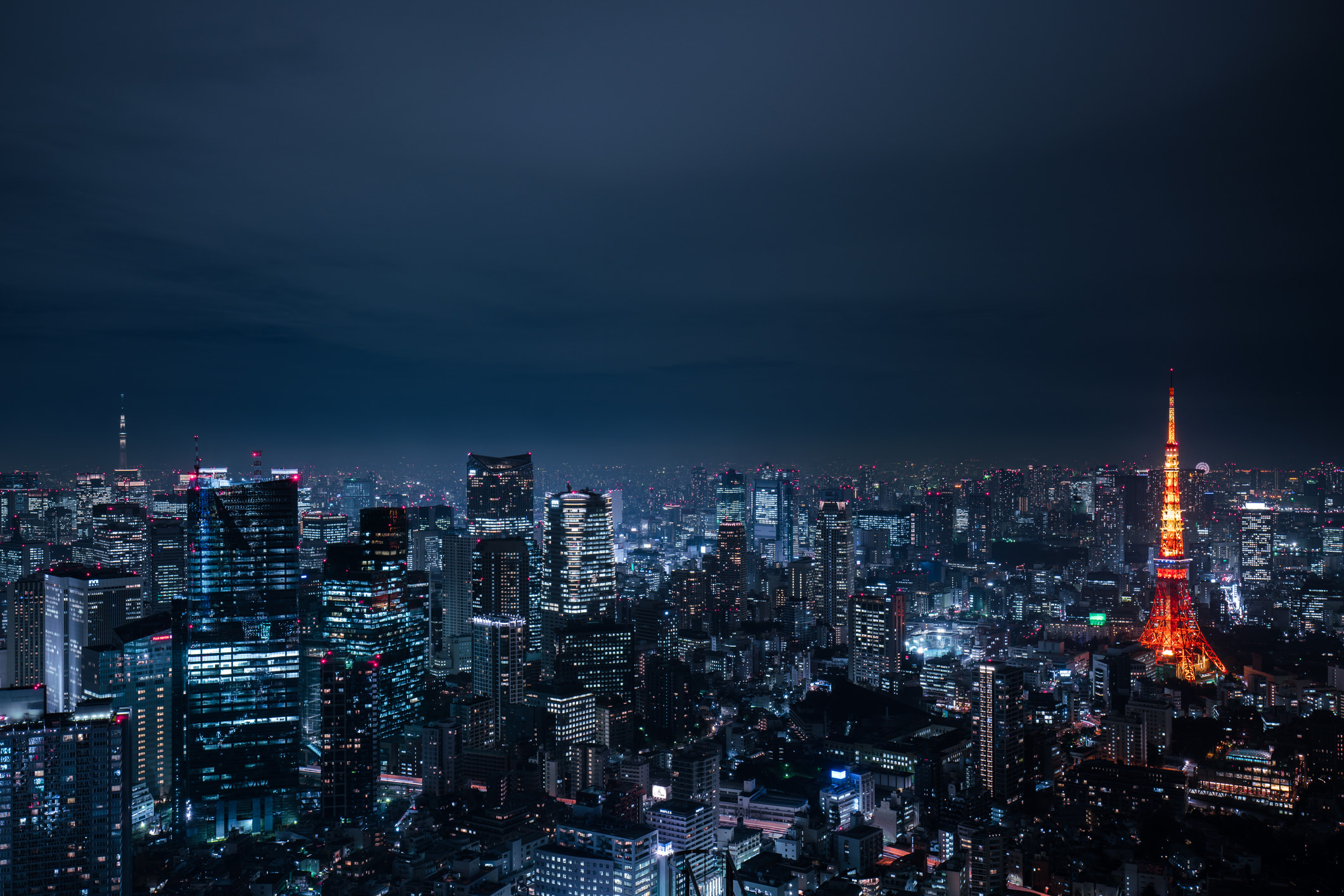 Be honest. How many real “keeper ” night shots are in your portfolio? The difference between a night shot hanging on your wall in a frame versus getting lost in the depths of your external hard drive can be just a little camera shake, a missed focus, or a bit of misinformation driving your setup. Today we set out to learn the basics of night photography and give you something to show off on that Flickr group you’ve been dreaming of joining.

Don’t be late. Arrive with your gear set up and your shot planned while its still daylight or dusk. The best night shots are not taken in total darkness, but just after dusk when the sky still has some color and character to it. Wait long enough for the city lights to come on, but not so long that the sky becomes a dull brown. A quick tweak of your camera’s white balance setting can turn the sky into a cool cobalt blue or a warm radiant cloudscape.

The number one rule of night scenes is stability. A heavy, sturdy tripod is a great start. If you have a cheap flimsy tripod, invest a few bucks in sand bags and stabilize it like you’re ready for hurricane season. A cable release (or “remote switch”) is highly recommended, since pressing the button to take the picture is often the main source of camera shake and, ultimately, blur. If you don’t have a remote switch for your camera, put your camera in timer mode so the shutter will release a few seconds after you press the button. Canon wised up and added a 2 second timer mode on their newer cameras for this purpose so you don’t have to wait the full ten seconds every time you want a stable release.

The first thing you’ll notice in an amateur night shot is the lack of detail on lights and signs due to over exposure. A good rule of thumb is if you can read the “Motel 6″ sign in real life, you should be able to read it in the photo (duh). Learn to underexpose a bit by setting your exposure manually or using the exposure compensation feature to “comp” it down a stop or two. I generally underexpose cityscapes by 1 full stop, but it is a good idea to bracket from 2 stops underexposed, up to a normal reading. Remember, your camera, when set to “auto” is looking for a “medium gray” average that is virtually unattainable in a night scene. Don’t let your camera drive. Take the wheel and steer that thing to the land of cool, mellow city lights.

Forget what you learned about aperture.

You don’t need to shoot all your landscapes at f22. In fact, when you apply small apertures like f22 to night scenes, you are probably losing much more sharpness than you are gaining. There are several reasons for this.

(3) Sensor dust! Every speck of dust on your image sensor becomes more visible at smaller apertures, resulting in an overall hazier image and a long Photoshop session afterwards with the clone tool.

Choose an aperture that gives you only the needed depth of field and a reasonably short shutter speed, and you’ll be surprised at the shaprness. The photo above was made at f5, 1.3 second shutter, ISO 100. All the buildings are at the same focal distance so there’s no need for a small aperture here. I have seen stunning landscape photos with plenty of depth of field shot at f2.8. Here’s an added bonus- you don’t have to wait 30 seconds between shots!

ISO-late yourself from the pack.

Another common myth about night shots is that you need a high ISO speed to get them. Aim for the lowest ISO setting possible and you will get cleaner, higher quality images. Only ramp up the ISO if you don’t have a tripod and need to hold your camera by hand. This will result in a faster, hand-holdable shutter speed.

Get Creative with Shutter

Creative use of shutter speed can add some real splash to a night photo. Look for some blurred motion gems such as traffic streaking by or boats making light trails across the water. Try a few exposures at longer shutters to see what the action will look like as a light painted blur.

Like anything, good night photography takes practice and experimentation. Use your own home or neighborhood as a testing ground before visting the Eiffel tower or the view across Lake Michigan to the Chicago skyline. When you are happy with your experiments, go sand bag a tripod and start dominating that Flickr group!