What Is Photography? The Nikon vs. Canon vs. Sony Debate – Camera Culture 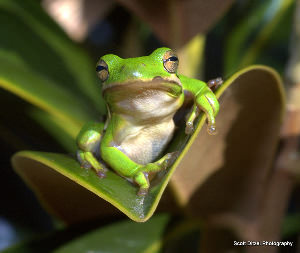 Because digital photography is a casual activity for millions of individuals and families, a serious passion for hobbyists and enthusiasts and a career for professionals, separate photography “cultures” have developed around each of the Big 3. The culture with which you identify yourself can be a significant factor in deciding which of the Big 3’s camera to buy. Lets check out Nikon Vs Canon Vs Sony and see who wins!

Roots of the Canon and Nikon Cultures

The roots of the Nikon and Canon camera cultures can be traced to Allied troops’ occupation of Japan after World War II, and then many of them being stationed there during the Korean War. The troops wanted to take pictures of their time in Asia, and the early Nikon and Canon cameras were small enough to carry with them, and inexpensive. Canon received a big boost to its business and competition with the longer-established Nikon, when Takeshi Mitarai, the founder of Canon, convinced Allied commanders to sell the company’s cameras in post exchanges and Navy stores.

Those same troops were responsible for bringing home thousands of Nikon and Canon cameras and lenses to the United States and Europe, where they were largely unknown. It wasn’t long, however, before many photojournalists and professional photographers, many who were soldiers and sailors, begun using their cameras commercially and showing them to their colleagues. For many professionals, the German Leica had been their first choice, but they quickly considered Nikon and Canon the equal of, or better than, the German product. A few years later, many of these photojournalists shot with Nikon and Canon cameras when they were sent to Korea during the early 1950s.

By the 1960s, Nikon had become the preferred camera for professionals because it developed and manufactured high-end equipment. Canon had already become the leading manufacturing of mid-priced cameras in Japan, which drove its global growth during the decade.

Since Canon had to market to a broad, general market to sell its mid-priced cameras, it was able to build larger brand awareness than Nikon, which was marketing to the niche market of professionals. When Canon led the way into digital photography during the mid-70s that brand awareness helped it grab a larger share of the total global market.

For many Baby Boomers and later generations of camera buyers, preference for a Nikon versus a Canon often depended upon who introduced them to photography. If a parent or grandparent had bought a Nikon or Canon in Asia, then that was the camera on which younger generations learned photography. If they were high school or college photographers on the newspaper or yearbook staff, then the brand of equipment the school owned for them to use likely set their preference and future purchases.

Because Canon marketed lower-priced cameras than Nikon, many beginners, hobbyists and enthusiasts joined the Canon culture because they didn’t need the high-end, or professional, equipment, which was Nikon’s market niche. When Canon introduced the first digital camera with a microprocessor and a broader selection of lenses for its subsequent digital models, it began to attract those professionals, who were early adopters of digital photography, from Nikon.

The Nikon culture was still firmly established, but among a smaller segment of all photographers. By the time it made more of a commitment to the digital photography revolution, it had lost market share to Canon, resulting in Nikon’s #3 position today.

How the Sony Culture Has Developed

The Sony culture was slower to develop, since it was the last of the Big 3 to bring digital cameras to the marketplace. It had the advantage, however, of being a much more broadly recognized brand. Individuals and families across the globe had multiple Sony electronics products in their homes, cars and places of business. The perception of Sony quality and the tremendous brand loyalty it had cultivated allowed the company to create its camera culture during a much shorter period of time. By the time Sony introduced its first digital camera during 2005, the digital photography revolution was in full force. Sony could concentrate on developing a culture from the younger, digital generation instead of converting older, film adherents.

Product (camera, in this case) loyalty, or camera “cultural” identification, is a strong influencer on purchase decisions. Not to be overlooked are technical, pricing and availability differences, many of which are subjective, as well as your intended use of the camera, creatively. You can find more about these topics in other articles in this series.