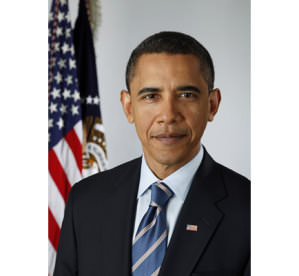 The administrative meeting was boring enough that when someone came in to tell me the New York Daily News was on the telephone I figured I’d excuse myself for a few minutes, take the call, then visit the water cooler and stretch my legs. Most of the time when a newspaper or magazine calls, it’s someone trying to sell us advertising. Most of the time, the ad salesperson doesn’t even understand who we are and what we do, but that’s a story for another day. It’s really a very important story, but we’ll get to that later.

There are times, however, when reporters or writers call us with questions about photography or information for articles on “how to” pieces. Because of our popular Fourth of July Fireworks, Halloween, and Cold Weather how-to articles, journalists often find us through www.nyip.com.

It turned out it wasn’t a salesperson, but rather Daily News Political Correspondent Michael Saul, a fellow who’s been on the political beat for the Daily News for a number of years. What, he wanted to know, did I think of President-elect Barack Obama’s official portrait? This was a few days before the Inauguration, and the portrait had just been released.

I allowed as how I hadn’t seen it, and he explained that it was just out and zipped me over a jpeg. Oh, the joys of modern technology. It was late in the afternoon and Mr. Saul was on deadline. No time to look it over and get back to him. He wanted comments and he wanted them now. Well, it certainly looked like Barack Obama, who has quickly become one of the most photographed people on the planet. But how does the picture measure up as an official portrait of an American President?

Having spent many, many hours listening to the philosophy and approach of the late Monte Zucker, there were some technical shortcomings that came to mind immediately. Notice the uneven slope of the shoulders for example, and the way the jacket appears higher on Obama’s left side. Monte would have been tugging on that jacket, jabbering at the then President-elect, and might well have leaned him forward a bit and perhaps raised the camera to a slightly higher angle.

Monte often discussed the fact that a head-on portrait, while often preferred by executives, is usually not as flattering as a two-thirds view of the face. In fact, the cover of the Jan. 15 Daily News, which was dominated by the Obama portrait also included a small headshot in two-thirds of that Ponzi-scheme rascal Bernie Madoff that actually made him look pretty good, despite the fact that he was apparently wearing a bullet-proof vest at the time of a court appearance.

But, American Presidents tend to opt for the official full-face pose, so the photographer has to work with that pose and make the best of it. That’s a good reason to keep an eye on those shoulders. The way Monte would usually set up that pose would be to have the subject sit at an angle with one shoulder closer to the camera and then turn the head to look directly at the camera.

I told Michael Saul that I assumed that the photographer had time to set up his lights and get the setting prepared using a stand-in, and that he probably had just a few moments to actually work with Mr. Obama. Saul later verified this. Pete Souza, who is the incoming White House photographer, had four hours to set up the shot, but only five minutes with the President-elect. This is pretty typical for an executive portrait, and generally the set is good to go after about an hour, frame after frame has been taken of the stand in, and then there’s a long wait before the busy executive shows up. There’s time to take a few frames and then it’s all over. All kinds of photography jobs have stressful aspects, and waiting for the Boss is a big one for corporate portraiture.

According to Saul’s article, Souza and his assistant narrowed the take to two images and chose this one. It was approved by the new White House press secretary, and that was it. Sousa had appeared on NBC’s “Today” show earlier that day and told the interviewer that Obama had not seen the photo in final form, but had only seen it on the LED panel on the back of Sousa’s camera. It is, in fact, the first time the official portrait of an incoming President has been taken with a digital camera.

The lighting is relatively simple. In the catchlights in Obama’s eyes we can see the shape characteristic of an umbrella reflector off to the left side of the camera, placed relatively low. In the President’s left eye (on the right in the picture) we can see a reflector that was used to fill in the shadowed left side of the face. The aperture was large enough to throw the requisite American Flag in the background (paired with a second flag, that of the Office of the President) into soft focus.

The bright wall behind the subject is interesting. Bright areas tend to draw the eye, sometimes setting up a conflict with the intended subject of the photograph. The Daily News was kind enough to provide the official portrait of President Obama’s predecessor, George W. Bush, which features a tighter composition, a darker wall, and a smile-with-teeth that looks a little forced.

I suggested to Michael Saul that he might want to seek out the opinion of NYI Instructor Beth Green, who did point out that the photographer did a good job with the Obama’s distinctive (and perhaps a bit larger than usual) ears. She praised the intensity in Obama’s eyes. I’m still wondering about what I see as a bit of tension in the mouth and across the chin. Feels to me a little bit like Obama wasn’t very comfortable with the process. But, this is the official portrait and it will be displayed in more than 10,000 federal offices across the country, and in embassies, consulates and military installations around the world.

Now the newspaper business is going though tough times these days, and far be it from me to tell the New York Daily News how to handle its business, but they also had another writer on this story for their online coverage. She contacted photojournalist John Smock, who opined that “You are getting a little window into who he is ñ a guy with a lot of energy and a lot of personality,” and Elizabeth Biondi, who is visuals editor for The New Yorker, who noted, “If you look at his eyes, he looks resolute, confident; he doesn’t look arrogant. His eyes are smiling; his smile is not a smirk. He looks off into the distance a little bit, which seems to me like looking into the future.”

Even though Monte Zucker has been gone almost two years, there’s still activity on the boards at forum.montezucker.com, so I took a peek, and sure enough, Monte’s students were debating the merits of Sousa’s portrait.

It’s also interesting to note that this is a portrait of guy about to take on a very tough job. During the waning days of the Bush administration, I saw several articles comparing photos taken of George W. Bush early in his term with those taken near the end. The general thesis is that the job is stressful and Presidents age more in that period than other people. We’ll have to watch as photos come out of the new President now that he’s officially on the job.