#1 Our first  light was a strip box with a grid. Its was off to camera left and cerated a nice Rembrandt light on his face. We used a Hensel Speed-Light mono block because it has the fastest flash duration of any mono block out there. Great for freezing action. 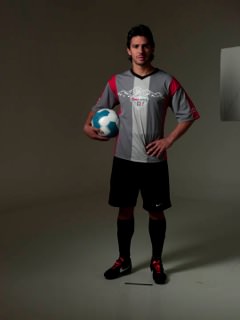 #2 Here you can see the placement of the first light. 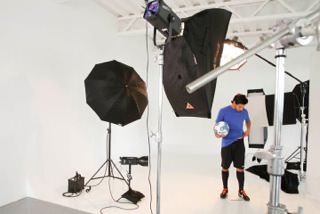 #3 We next added a second Hensel Speed-Light as an overhead rim light. It had an open faced octodome as a light modifier creating a nice rim light. 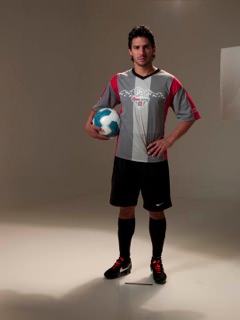 #4 The light was flown over head on a boom. 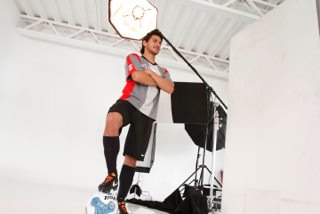 #5 On the background we added 2 umbrellas to brighten the cove and make it easier to outline him in photoshop. 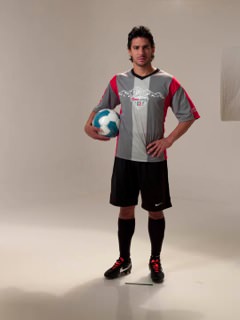 #6 Simple umbrellas to brighten the background. 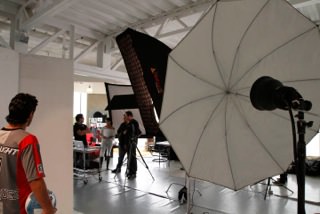 #7 In looking at the images it was obvious that the legs are to dark. With the dark socks and shoes they needed some light. 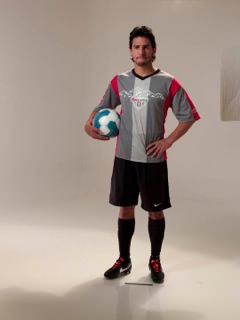 #8 We added a mono block with a grid for just his legs and feet. 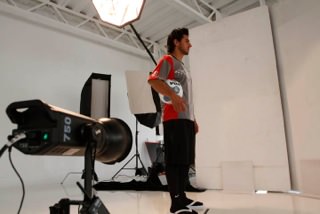 #9 Our last light was a large soft box behind the camera as a fill. 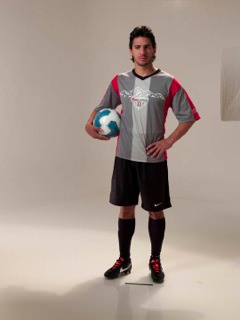 #10 It added just enough light to open up the shadows. 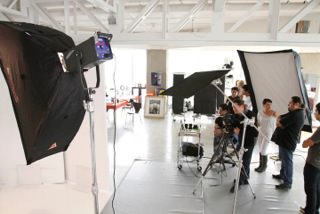 #11 Here is a pull back shot to see where all the lights are set in relationship to each other. 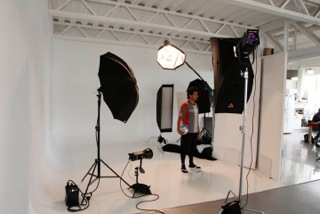 I had the opportunity to shoot Rafael Marquez in Mexico City for the FMF. He is a world class soccer player for Mexico and a great guy. We were going to shoot several shots that would need to freeze him in mid air as he kicked the ball. We had limited time with him so it was necessary that things were planed out and ready to go when he arrived. We took two Hensel speed max heads that have the fastest flash duration of any mono block head available. The goal was to use them as our key lights and freeze his action in mid air. We shot background plates the day before at the ruins outside of Mexico City for him to be retouched into. The idea being famous soccer players in action shots at different iconic sites of Mexico. The retouching is worth taking a look at on our Facebook page. I got Julene to talk about how she did the work. Go to www.facebook.com/theslantedlens1 to see her video. It was a great shoot and I hope you enjoy the video.