Be more productive. The self restraint exercise. 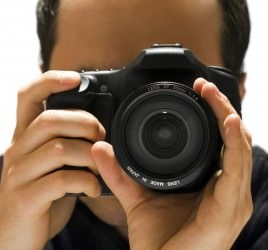 It is generally accepted that if you take one hundred photos, you should expect just a few to be good. Maybe even one. The numbers vary from one photographer to another. Ansel Adams used to say that if he would get a single, outstanding image within a whole year, that year would have been a good one. Now, this was of course back in the day when he was shooting large format cameras and unknowingly dictating the future of photography, to some extent. There is no golden number, nor are there any rules regarding productivity. However, if you go out shooting and take a thousand images, of which, let’s say, 20 are decent but there is no mindblower, you should be asking yourself some questions.

This is one of the few reasons I mourn film photography. I genuinely believe film photographers beat us by miles in terms of productivity. That is because it was the only way they knew how to do things. A film roll would have 12, 24 or 36 shots at the most. And all though there were actually times when film was cheap, nobody liked wasting it or wasting time to develop the negative only to find it that it belonged in the trash can. So they had to do the job with a minimum number of shots fired. It probably sounds like a cocktail of ancient history blended with science fiction to a lot of folks out there who took their first steps in an exclusively digital manner. We’re used to abusing the shutter release, and since our “film’ is cheap, we really don’t care how many photos we take until we get the one or the few that are worth it. It’s wrong. Why, you ask. It’s not costing any more or any less. Well here’s why : the longer it takes you to get the job done, means the slower you think. Getting the shot often means freezing the moment, and that is a good time to fire away free shots. But there also times when you have to create something out of nothing and combine elements like a model and location into a good photograph. And this is where proper creative thinking helps minimize the effort.

A few years ago, I was getting less and less good images from my shoots. I was shooting 4-500 images every time and after a while I started asking myself who’s doing something wrong. I used to blame the models, the make up for moving to slowly and generally anybody that wasn’t my own persona. I was still shooting film , but only on sunny Sundays and for spiritually nourishing my inner photographer. One day I was having some drinks with a few close friends. I had my trusty Nikon N80 with me. It was a pretty dark place to take photos, like most bars are, but one of them was sitting under a red lamp and the light made the whole scene look like a movie. So I picked up the ancient camera and went for the shot. I don’t know what exactly caused it, but I had an epiphany. Every time I was shooting film , I was a different photographer. I was actually imagining the photo before mindlessly pressing the shutter like in the rest of the days. I was actually making and effort to frame in the best possible way or wait for the perfect moment. I felt like a newbie. It was fascinating.

I began thinking about how I could train my mind to be more creative and more efficient when shooting. I didn’t starting using film for my commissions as this is the 21st century and film is still being made only for artists. Instead of that, I willingly restricted myself to 16 or 32 mb cards. I was shooting raw so that meant a very ,very limited number of shots. Whatever happened, I didn’t let myself download and delete or change more than three cards at a shoot. At first it was agonizing. I was feeling like a nicotine junky forced to wear patches. Steadily though I started getting used to it. Obviously , all my photographer friends were making fun of me for using memory cards that belonged in museums. But I didn’t care. It was working. Not only were the shoots lasting a lot less, but I was finally aware that if I had a limited number of 50 photos, ten would have to be great. That was my number, and of course, it didn’t work all the time. The point is , by slowing me down, this exercise made me think quicker and act ( read press the shutter) only when I was happy with what was going on. I dubbed it the self restraint exercise.

Since most people involved in photography today have no idea how to load a roll of film into a camera, I think this is a good substitution for improving creative productivity.