What separates a professional photographer from an amateur. (II). Author responds to feedback. 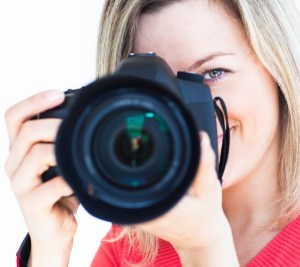 This is the continuing part of the first article on this topic. As I imagined, it had quite a bit of echo. I found it necessary to clear the air a bit, so in the last part are some personal remarks on some of the feedback we have been getting.

The professional has found his “voice”. The amateur is still looking for it.

The voice is the unique, personal way of doing photography. Why does the pro have it while the amateur doesn’t? Because it takes years of hard work to find it, and that’s not the hard part. The hard part is knowing what it is you should be influenced by and what isn’t. After you decide what your positive influences are, you have to control them from taking over your personal touch, because that’s what you want to develop, that’s what will set you apart from the others. The “voice” is the real reason why top photographers get hired. Not the gear, not the fancy lights, not even being the nicest person in the world, although that helps. People like Annie Leibovitz and Mark Seliger, just to name the two, got to this point in their careers because of their personal vision. It’s true, not all professional photographers have their own “voice” and it depends what filed of photography you look into. It is also a fact that there are a great many amateurs who have very powerful “voices” but chose to use them only as means of personal fulfillment. This is why I think photography is a lot like music.

The professional photographer knows how to edit his work.

The ability to edit your work means picking out the best photographs from the lot. It is one of the most challenging things for an amateur and it is rarely easy for a professional as well. Because it’s your own work, the decisions you make are more or less emotional. Sometimes it can be easier for a professional to make the pick because he has to meet the client’s requirements. Most veterans can testify that sometimes, the client’s choices are different from their own, but this is just one of the aspects you have to quickly learn to live with and move on. Your appreciation of your own work changes as you evolve. The photos you take now will be looked at in an entirely different light two years into the future. Part of what makes a good photograph is its ability to withstand this test of time. Why is editing important? Because in your transition from an amateur to a professional, what you show to the world is what counts, and developing the ability to pick and show only your best is crucial.

Before you say that so do amateurs, hear me out. It’s not just about the actual Lightroom or Photoshop skills, but about knowing what the final image should look like. I wouldn’t give my work to anyone for retouching because I feel it is an important component of who I am as a photographer. There are however many photographers who lack the skills or time and let that part be dealt with by pro retouchers. The general idea is knowing what improvements or changes the photo needs. Many amateurs fear post processing and sometimes use the excuse that it no longer makes their photography true .Wrong. Digital photography is designed to need improvements, regardless of camera. As with photographing, your abilities behind the computer will change with time and practice, and the more hours you put into it, the more sophisticated your taste and artistic sense will get. I have met older photographers, with careers that peaked in the age of film, who found it hard to adapt to the digital age. Because of not having these required skills, they lost a lot of work. Today’s amateurs have the advantage of starting the journey exclusively digital. Twenty years ago, if you were an amateur looking to make a career in photography, you also had to be a decent chemist. Today, you have to know your retouching. Many talented amateurs, who have great potential, come to a halt because they feel it isn’t important to learn these skills, but for better or worse, it is.

So what’s wrong with amateurs?

When I wrote the first part of the article, I knew it would cause a debate. The issue is taboo and I was fully aware that no matter what I wrote, there would still be folks who would be offended in some way. People seem to have a natural tendency to dislike being called amateurs, regardless of the field of work. I won’t dig into the reasons, but that’s how things are. There is absolutely nothing wrong with being an amateur. You could have amazing talent or you could be a “Sunday photographer”. It doesn’t really matter as long as you feel good about it. Making a living as a professional photographer can be fun, but it’s often very stressful and frustrating. Amateurs don’t have that problem and trust me when I say this, there are many pros out there that envy the freedom the amateur has.

Why do I think it takes full time work to be called a professional? Because if you shoot for two days a week, let’s say a weekend, you’re probably going to spend the rest of the week editing and processing. Unless, of course, you’re still shooting film, and if you are, hats off to you, but that would simply mean lab work instead of Mac/PC time. It’s really not about labels, but if you do want to get technical, having a day job and the occasional photography gig makes you a semipro and that is just as good if it suits you.

Looking at the entire pro/amateur/semipro discussion in a black and white kind of way should probably be avoided because in reality, it’s made of many shades of grey. Are there amazing professional photographers in the word? No doubt, they inspire the child photographer in most of us. Are there bad photographers who make a great living? We both know there are. What they might lack artistically, they make up of for in customer service and business skills. There are also amateurs, or non-professionals , whatever you want to call them, who are capable of producing mind blowing images and chose to do so for no financial gain. What I think is most important to remember though, is that all of us, including Leibovitz and Seliger were once amateurs, and not only is there nothing wrong with that, but I find it to be a beautiful thing.