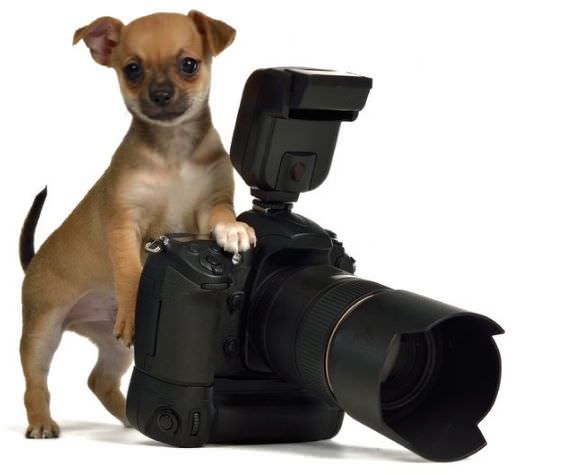 I still remember the concert I shot as a photojournalist, when one of the fans walked by and pointed out that his equipment was bigger than mine.

(Get your mind out of the gutter, I'm talking camera.)

Since then, I've shot with tiny point-and-shoots, big DSLRs and halfway-in-between mirrorless models. I've shot the Sony a7, a full frame camera that's smaller than my APS-C DSLR. Cameras, in general, are shrinking, but is smaller necessarily better? Does size matter?

Small cameras, for one thing, can take pictures that those beastly DSLRs can't, just because they'll go more places. You can't fit a DSLR in your pocket, unless perhaps you have very (very) big pockets. I take pictures with my cellphone and its tiny sensor simply because the moment would be gone by the time I dig out my big camera.

Traditionally, getting a smaller camera has always meant sacrificing quality. But now, there are just as many mirrorless cameras (if not more) than there are DSLRs. Engineers have worked to fit the same sensor into a body that's half the size.

The benefit of having a smaller camera is obvious—big cameras are literately a pain in the neck. So if they can fit the same sensor into a smaller body, what's not to love?

Well, for one thing, the battery life on smaller cameras tends to be horrible. I can shoot with my DSLR all day. The Sony a7 died just before lunch.

And when there's less camera to the camera, there's not as much room for physical controls. More of the settings like ISO need to be adjusted through the menu, which tends to take longer. There's also less to grip, though the larger mirrorless models like the Olympus E-P5 are still comfortable to hold over the more consumer-oriented models like the tiny Nikon 1 J3.

Mirrorless models also tend to lag behind with their autofocus. This is slowly improving, but DSLRs still tend to be a bit sharper and faster when it comes to focus.

And then there's the stereotype that the bigger camera is better. When most people pay for pictures, they're expecting someone with a nice, big camera. It doesn't matter if the innards are made with the same stuff, some people just judge on the exterior.

The bottom line comes down to portability or performance. Smaller cameras are certainly catching up, and there's also models like the full frame Nikon Df and the entry-level the Sony A3000 or Canon Rebel SL1, DSLRs that have shed some weight but still retain a lot of the features. Size does matter, but whether bigger is better is still up to debate.

Hillary Grigonis is a freelance writer and photographer that got her start at a small town newspaper. Follow her on (www.facebook.com/hillarykgrigonis ) Facebook or (https://plus.google.com/u/0/+HillaryGrigonis/?rel=author ) Google+ or learn more at www.pixelpressandphoto.com.