5 Tips for successfully capturing Behind the Scenes Images 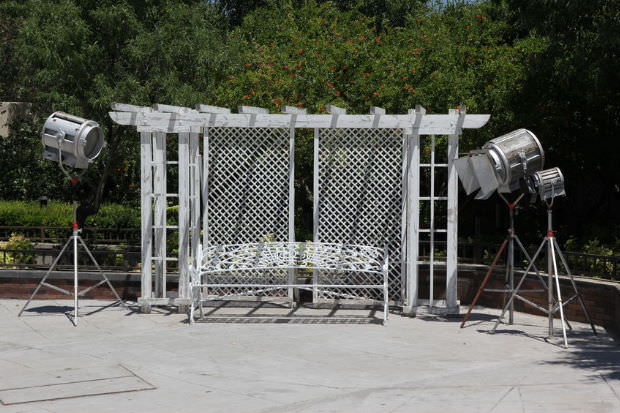 Behind the scenes photos and videos are awesome. They can provide valuable education, they can record work procedures for future reference and they can be a tone of fun. However, people have a tendency to think shooting BTS is an easy task. While it does not require special skills or a degree from an art school, it’s still not as easy as you might think. If you follow these steps, chances are you’re going to capture some great photos and videos.

I’m not telling you to use a DSLR because people won’t be able to make the difference between you and the photographer who’s doing the shoot, but because it is the most flexible type of camera. Weather your shooting video or not, it delivers quality first of all. Second, it’s not as big as a dedicated video camera, so you won’t draw too much unwanted attention.

One of the challenges I faced when first doing BTS videos for my friends’ shoots was the tendency for perfection. I wanted everything to be just right and in place. But that’s not how things go in real life and that is totally fine. You want the end result to look as natural and real as possible. You want people to see the small mistakes and to say themselves I would have done that differently. That’s part of what makes these videos and photos educational. It’s not a script, and just like it is for the photographer who’s doing the shoot, there is usually something unpredicted that happens.

You have to be on constant alert. Things can happen very quickly and without warning. It might be an intimate expression of the model who is waiting for her make-up to be finished or it might be a short talk between the photographer and the talent or the crew. Keep an eye out for small details and gestures all around you.

Naturally, you want to be as less obvious as possible. It’s a good thing to know when to go into “stealth mode”, but you shouldn’t let yourself get stuck in it. Talk to people, talk to the talent, and make them feel comfortable around you in breaks. Some of them might be used to being in front of a camera, some might not. Having a lighthearted conversation with you could make their work easier during the shoot. Last but not least, know when to put the camera down. Everybody has their embarrassing moments and there is a clear line between that and a nice, intimate moment. Don’t draw unwanted attention to yourself by filming or photographing scenes nobody wants to look at.

This should go without saying, especially for videos. After shooting a BTS series or a video, it’s you who knows best how the event took place. It’s not the best idea to hand the raw materials to someone else, particularly if they haven’t been there. Do your own reel, your own edits, and if you get the chance, hand them over to the talent. You never know when a new gig might pop up.