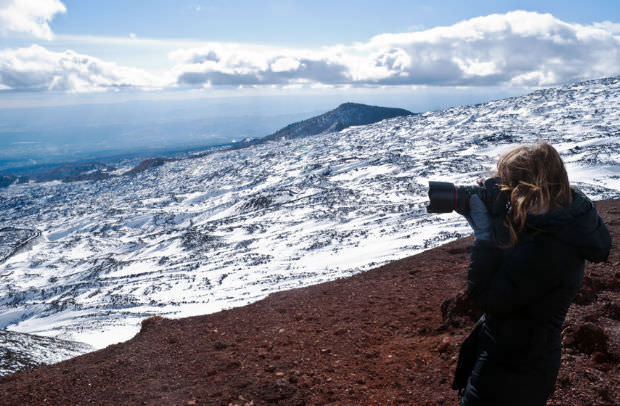 Photography is something hard to define by simple means or using classic terms. You cannot put a stamp on it and say “ok, photography is this or it is that”. It is a medium, as well as an art form. It is closely related to painting, but film is also in its family. Things are constantly changing in the world of photography, and while some things will never change, not all that has been written or said about photography fifty years ago still applies. Here are some of the truths about photography today. Try not to think of them as good or bad, but rather than that, take them for what they are.

It is well over 100 years old, and some might want to call it ancient, but the fact is photography is one of the youngest mediums and art forms. It is barely getting over its own puberty, and it’s growing fast. Many thought it was all over for it when digital threw film of its pedestal and nobody predicted that it would be such a major player in the everyday life of a normal person or that some of the Internet’s biggest websites would be made of and for photographs. We still have a lot to look forward to and we are far from the end of photography as some false prophets would like us to believe.

It is all about sharing

It’s hard to attribute a single goal to photography, but if there is one thing that has been unchanged ever since it all began, is the amazing power of sharing. Photography is all about that. You share a family event, an impression from a journey, a wonderful sunset, a beautiful face, a war, etc. Why do people fell like sharing all this stuff, now more than ever? Because of significance. We link our emotions to significance and if you want to wrap it in one word, we communicate with each other.

The tools are changing

Our desire for sharing moments and emotions with images will never change, but the way we do it is in constant transition. The cameras, the devices and everything else involved in this massive process are being upgraded on an almost daily basis. Twenty years ago you had film, ten years ago you had consumer DSLRs, now you have smartphones and very advanced mirrorless cameras. Tomorrow, who knows?

It is time to recognize its maturity

Throughout history, photography was a threat to classic arts, but never fully accepted as an art form. It was a wonder for scientific research, yet it was rarely given proper thanks. It was powerful enough to get politicians to talk about stopping wars. All that, but it was never truly considered a thing of its own. Well, today there is no further need for proof that photography can and has to stand on its own two feet. It is all this and a lot more. You can’t say it’s dying when billions of photographs are being uploaded on the Internet every single day. That means it’s alive and well. It is going through change just like the entire human race and only if things were to stop changing could we talk about an inevitable demise. It’s time for everybody to celebrate photography, from the 4 million dollar works of Andreas Gursky to the daily Instagram lunches.