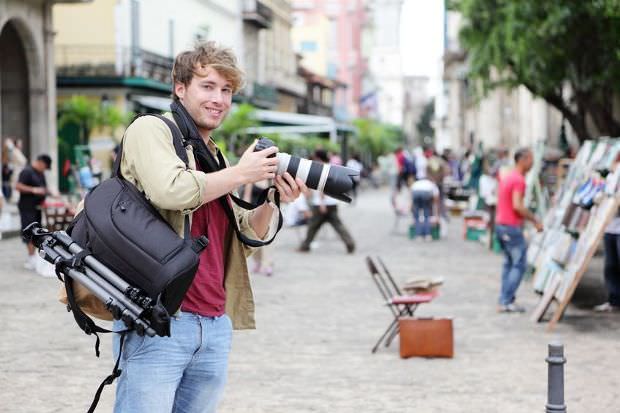 As of March 15, the Hungarian civil code states that you aren’t allowed to photograph anyone in public without the permission of everybody in the photo. This is a one off case in Europe and it is well worth looking into and sizing up its consequences.

What does a law like this mean? Well, first of all, it will definitely keep court rooms busy and crowded. From now on, if you visit Budapest, which is by many means a beautiful city, you are best off limiting your photography to architectural images. Including people without their consent means you will be breaking the law and thus legal action will be taken against you.

Now, this is a blow for Hungarian tourism and from an external point of view, they should have thought about it twice. But even so, it’s not the main issue.

The biggest problem and the hardest blow come for photojournalists. The men and women who bring us the news in images are pretty much going to have to start doing something else. You cannot be a photojournalist and go around asking everyone if you can take their picture. It just doesn’t work that way. Until March 15, photojournalists had to blur the face of policemen if they photographed them. There were hopes of remedy regarding this law. However, things went the other way. Photojournalist Akos Stiller told The Guardian that this “is not making our job easier” and he asks himself “do we shoot first and ask permission later”.

The debate whether the faces of Police force members should be blurred or not hasn’t started here, however there still is the question of whether Police men and women are public actors or not.

But what about the average photographer who wants to go capture the streets and life of Budapest or other of Hungary’s large cities? What is he to do? Ask everyone if they would like to be in his/her photo? That certainly is a way to kill creativity and spontaneity. Or he or she supposed to negotiate after taking a good photo and thus avoid a lawsuit?

There might be a few photographers crazy enough to take those chances, but for most of us, something like this is a mood killer.

This is a bit ironic given the fact that we are talking about the country that gave us Robert Capa. Stiller himself admits that “Capa would be ashamed, or he would do what we did: leave for somewhere the policemen have a face”.

It is a loss for anyone interested in photographing the country, just as it would be for anyone wanting to visit it. The question however is if other countries will follow. Possible motivation for such laws might include the right to intimacy and a private life, but let’s be honest; we are constantly being monitored by surveillance cameras everywhere we go, so that doesn’t really stand.

What are your thoughts about this measure and other countries possibly following Hungary’s example? Let us know in your comments.