Understanding the Most About Shutter Speed 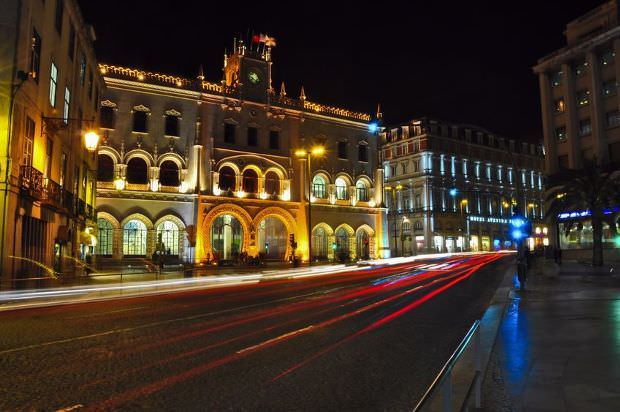 The aperture article in this exposure series briefly described shutter speed. It is generally considered the second most important element of the exposure equation to understand, primarily because shutter speed and aperture must work together in almost every shooting situation to achieve the proper exposure of your images.

Like aperture, your camera has the capability to select the “right” shutter speed automatically. The word “right” is in quotes because sometimes the camera’s auto exposure system can be fooled depending on the type of photo you are shooting. As mentioned in the aperture article, however, the more compelling reason to understand how to select the correct shutter speed manually is that you will become a more skilled photographer and have more creative control of your camera and image composition.

From a mechanical perspective, shutter speed is significantly easier to understand than aperture. As the name implies, shutter speed is related to how fast or slow the shutter curtains opens to allow the amount of light traveling through the lens, as determined by the size of the aperture opening, to strike the sensor. The shutter is typically located just inside the camera body at the point it connects to the lens, with the sensor behind the shutter.

The shutter speed dial that displays the series of speeds available to you is typically located on the top right of a DSLR camera body. Learning about its location and how to use it is an excellent reason to spend some quality time with your camera manual.

Light is so ubiquitous in our lives and we take it so much for granted that we often forget that it is very powerful. In addition, camera sensors are manufactured to be very sensitive to light, so very little light is required to bounce off a subject, object or scene you are shooting, enter the lens and allowed past the shutter to register on the sensor. In fact, light is so powerful and camera sensors so sensitive that for most photos the time the light strikes the sensor must be fractions of a second, and, sometimes, quite small fractions.

A general guideline is that a shutter speed of less than 1/30th of a second is considered slow. In almost every situation where you would consciously select a shutter speed that slow, you’ll need a tripod and maybe a remote shutter release system, to keep your photo from becoming blurry. You just can’t hold a camera steady enough at these slower shutter speeds without causing camera movement that results in a blurry image.

Set your camera’s shutter speed to 1/500th of a second or faster (1/1000th, 1/2000th, etc.) and you certainly don’t have to worry about camera shake. More importantly, however, a fast shutter speed means you can capture a subject or object in motion and freeze that motion so well that the subject or object will appear to be sharply in focus.

The Tricky Part of the Aperture-Shutter Speed Partnership

For example, you’ve determined the correct exposure is 1/250th of a second shutter speed and an aperture opening of f/4. This could be the right exposure to photograph a shoulder-and-head composition of a person on an overcast day, for example. At 1/250th, you needn’t worry about holding the camera steady and f/4 will result in a narrower depth of field. Now, hold on tight, because the same exposure would be achieved if you changed the shutter speed to 1/125th of a second and the aperture to f/5.6. The reasoning isn’t that difficult grasp: You’ve doubled the amount of time the shutter curtains are opened to allow light to strike the sensor, so you must select a smaller aperture opening, so less light enters the lens. As you may have determined by now, this means there are additional combinations, starting with 1/250 and f/4, that would result in a correct exposure: 1/60 and f/8 and 1/30 and f/11.

Of course, you must remember that as the shutter speed becomes slower, it will be more difficult to freeze the action of a subject or object in motion. That is why most sports photography is shot at f/500 or f/1000, which makes the shutter speed more crucial than the aperture. You simply select the aperture that combines with either of these fast shutter speeds for the correct exposure. In addition, as you select a different f-stop, you begin to affect the depth of field; so even though all the combinations mentioned above are “correct,” you wouldn’t want to select one that creates a great depth of field, or focus, if you want to isolate the subject from the background. Understanding this relationship is another good reason to shoot a number of images at different aperture-shutter combinations that are correct to see how those combinations affect motion and depth of field in your photos.

Few concepts will make you a better, more creative photographer than knowing how to use aperture and shutter speed together and few places will teach you this concept better than Chicago Photography Academy, http://www.ipaschools.com/.