Sometimes, a single powerful element is enough to create an amazing photograph that remains imprinted somewhere in the back of your head. Such an element is often a tree, or more for that matter.

Throughout history, trees have been one of the interesting subjects for artists. That's because Mother Nature is the most complete artist there will ever be and trees are one of her best ways to show us that. Besides their crucial role of transforming carbon dioxide into oxygen, trees and forests are naturally calming for humans. You don't even have to see one in real life to feel some of its effects.

To prove that, we've put together a collection of 21 incredibly photogenic trees. From a scientific point of view, they're not all technically trees. For instance, bamboo belongs to the grass family and the Wisteria is a kind of vine.

But as photographers, we're interested in seeing beauty and thankfully, there is plenty of that in these images. 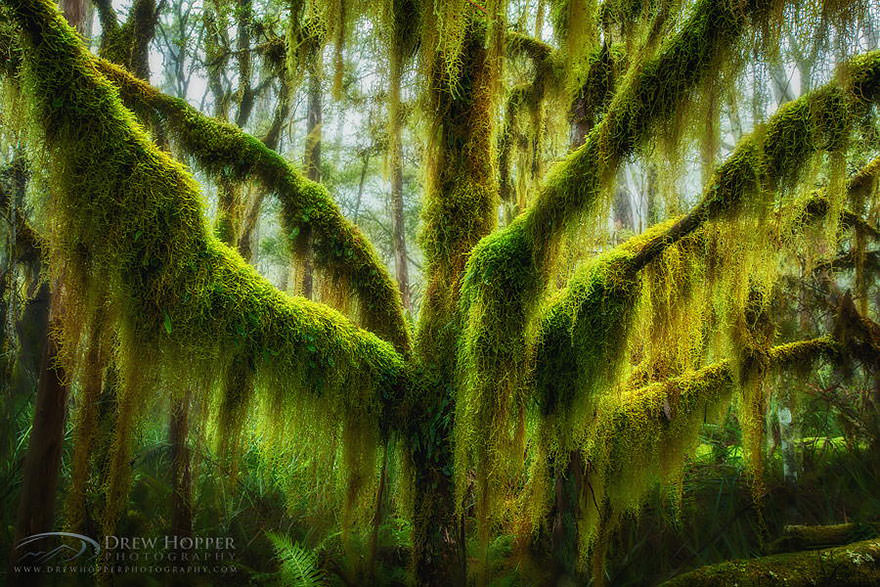 This Antarctic beech is draped in hanging moss. While this shot was taken in Oregon, the beech is native to Chile and Argentina. Photo credits: Drew Hopper. 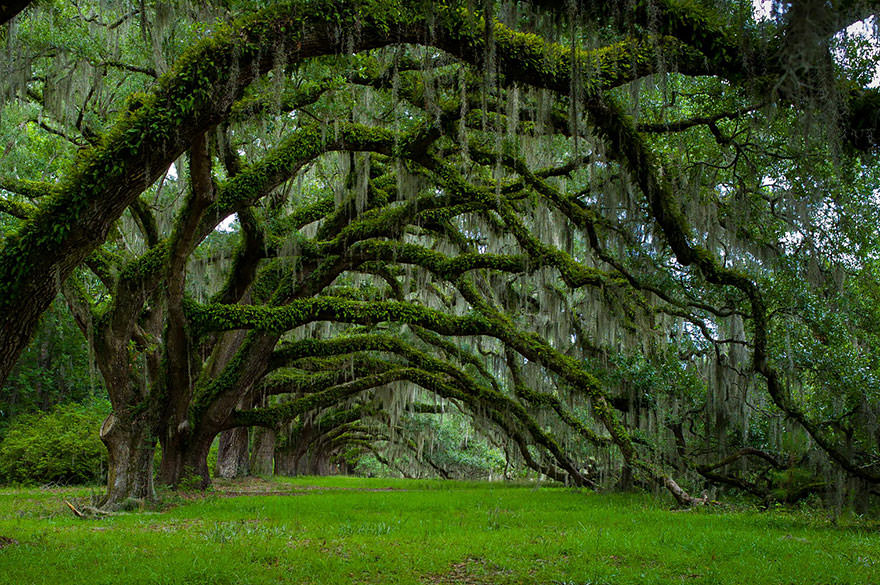 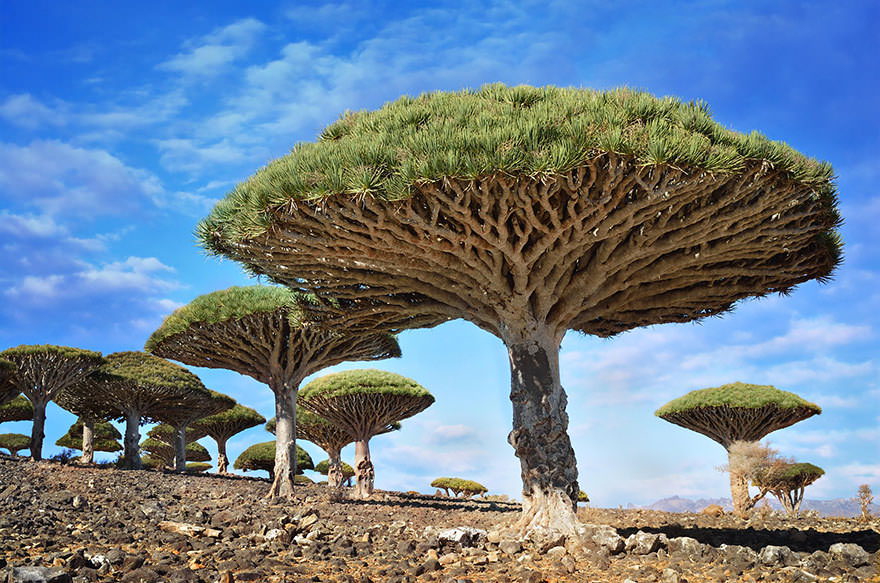 Yemen is home to these Dragonblood trees. Their sap would be used as violin varnish or to treat various illness. Photo credit: Csilla Zelko 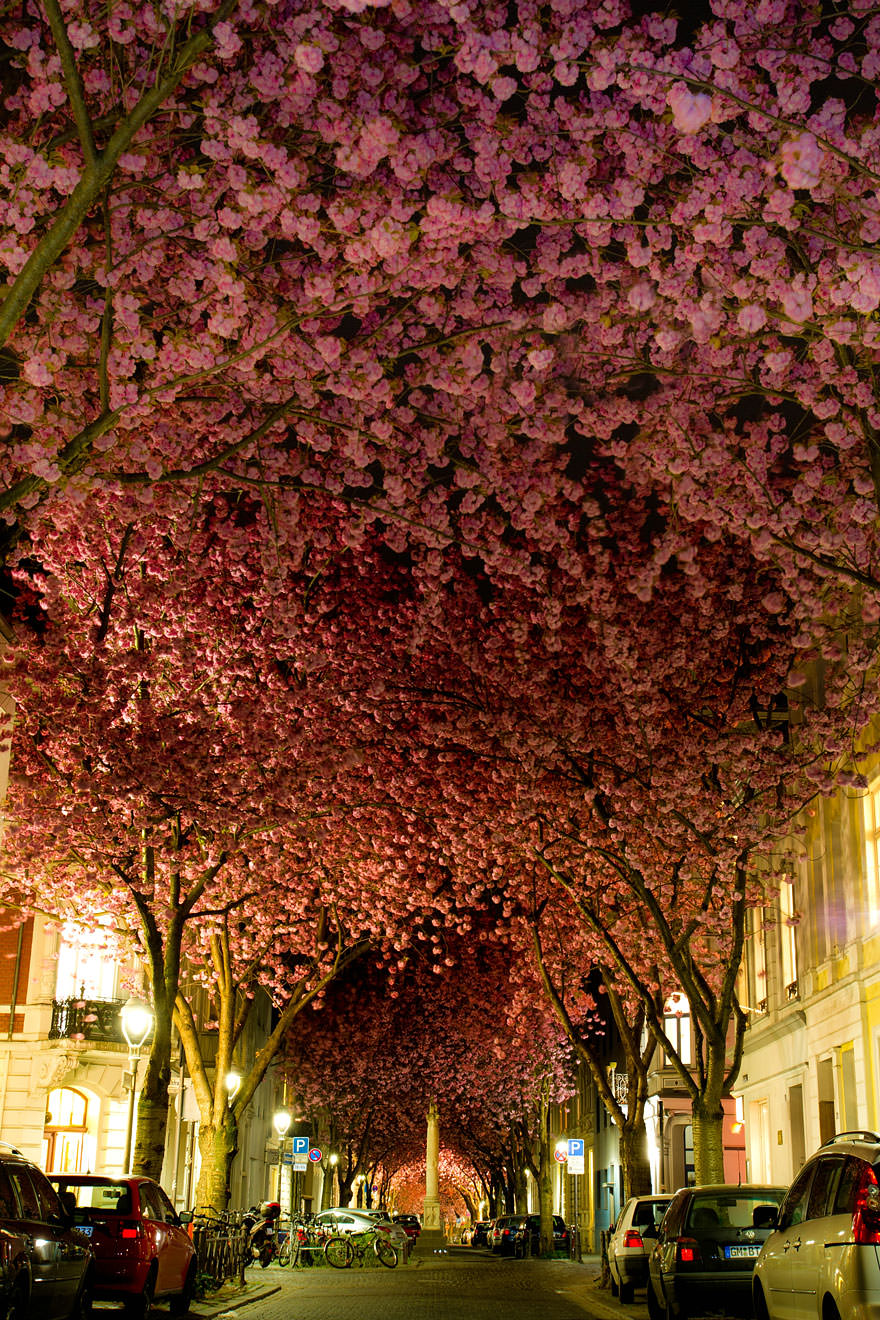 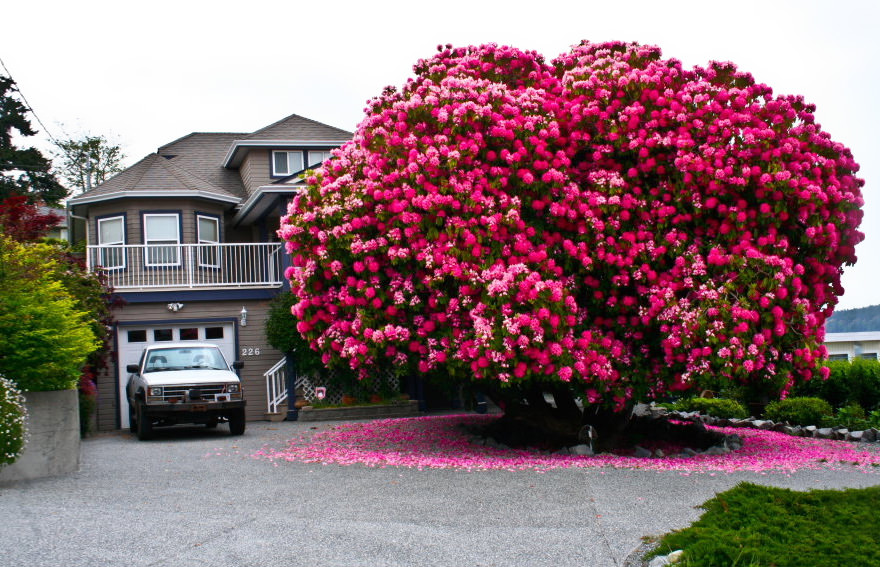 Rhododendron is technically a shrub. This one is 125 years old. Photo credit: reddit. 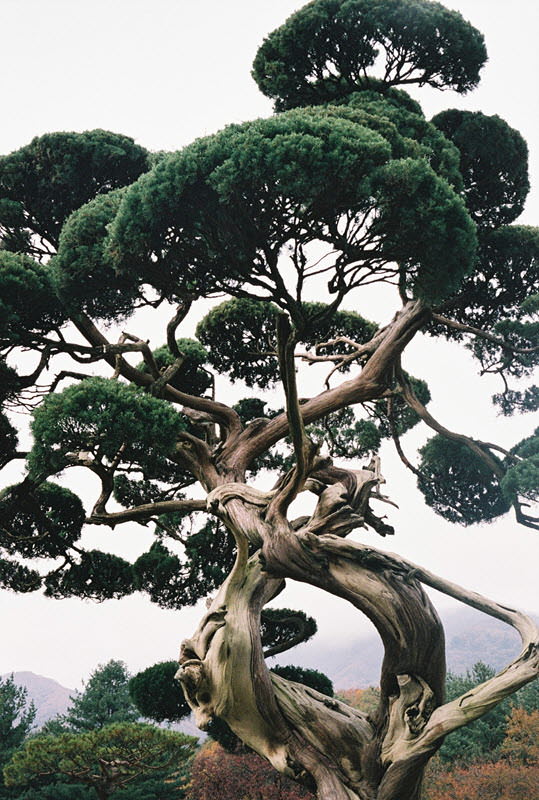 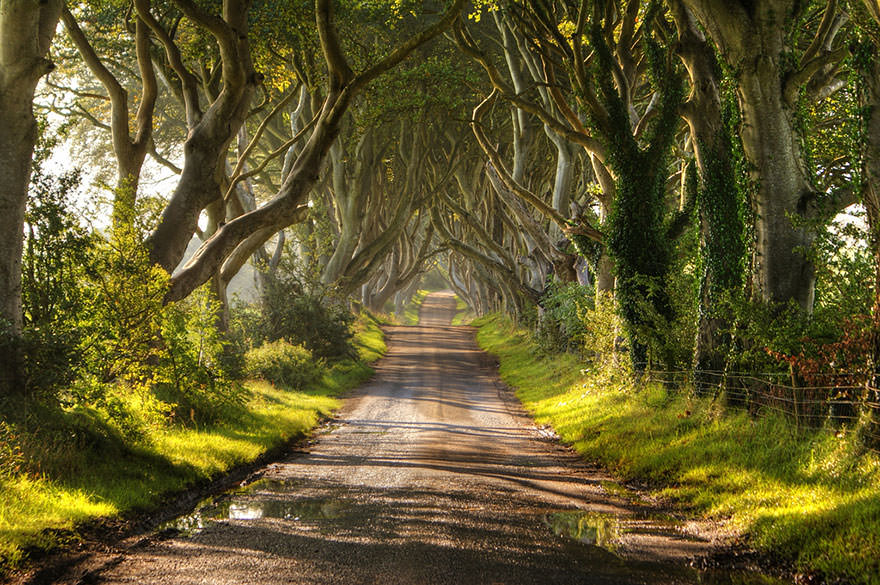 If you find this scene familiar, it could be from Game of Thrones.

It's a beech tree tunnel in Ireland. The trees were planted in the 18th century.

This tree is nicknamed The President and it is the 3rd largest sequoia in the world. It can be visited at Sequoia National Park in California. Photo credits: Michael Nichols. 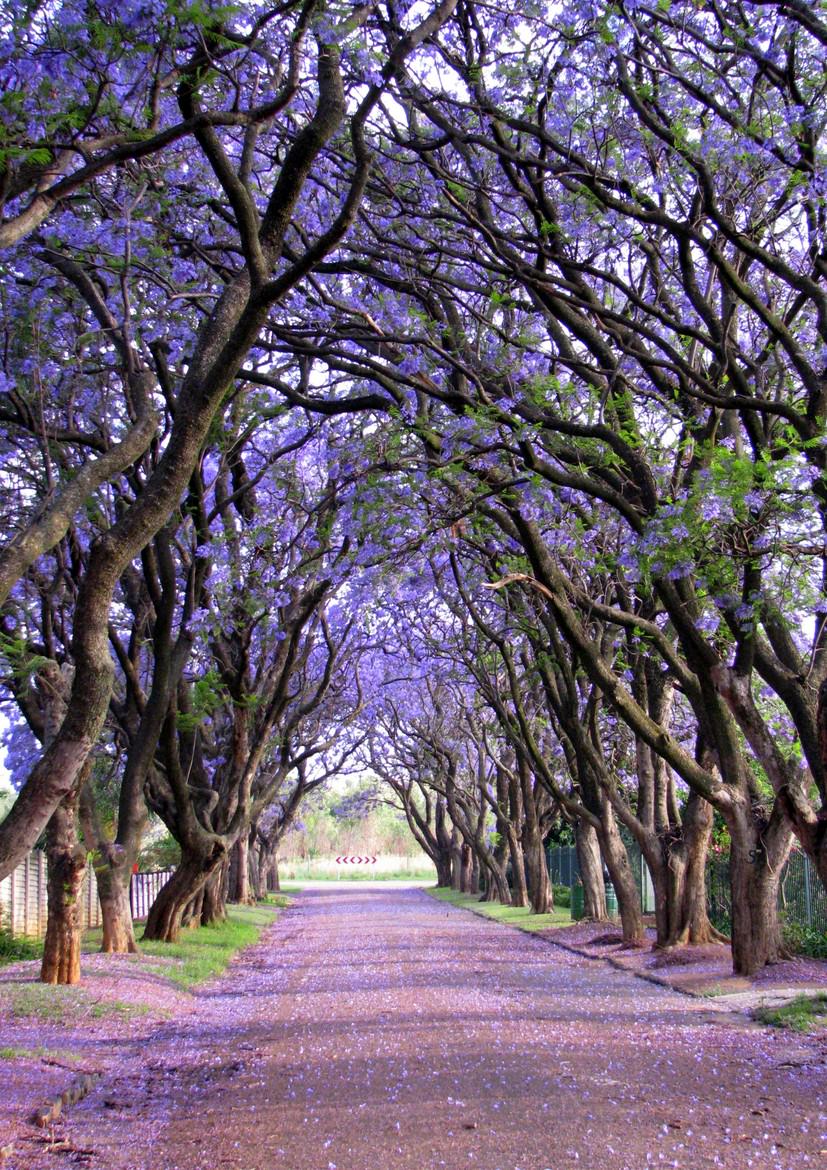 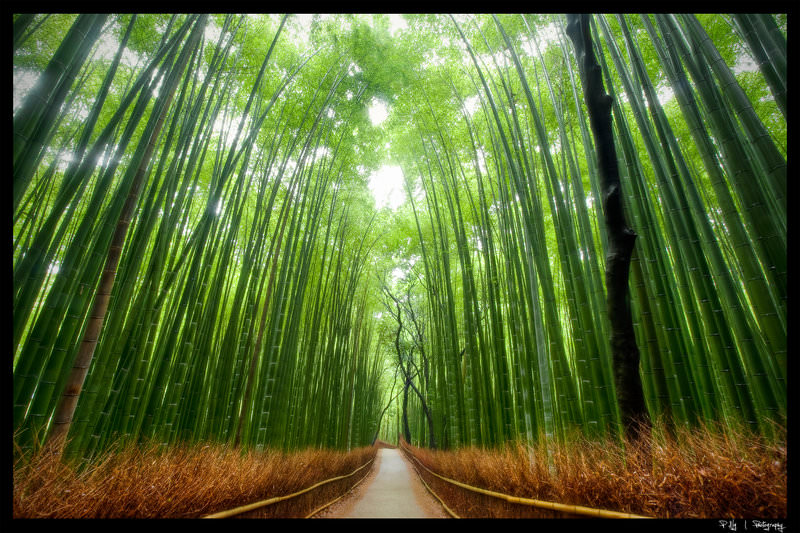 The Sagano Bamboo Forest is one of Japan's most peaceful places. Photo credits: Kaboose-18 on deviantART 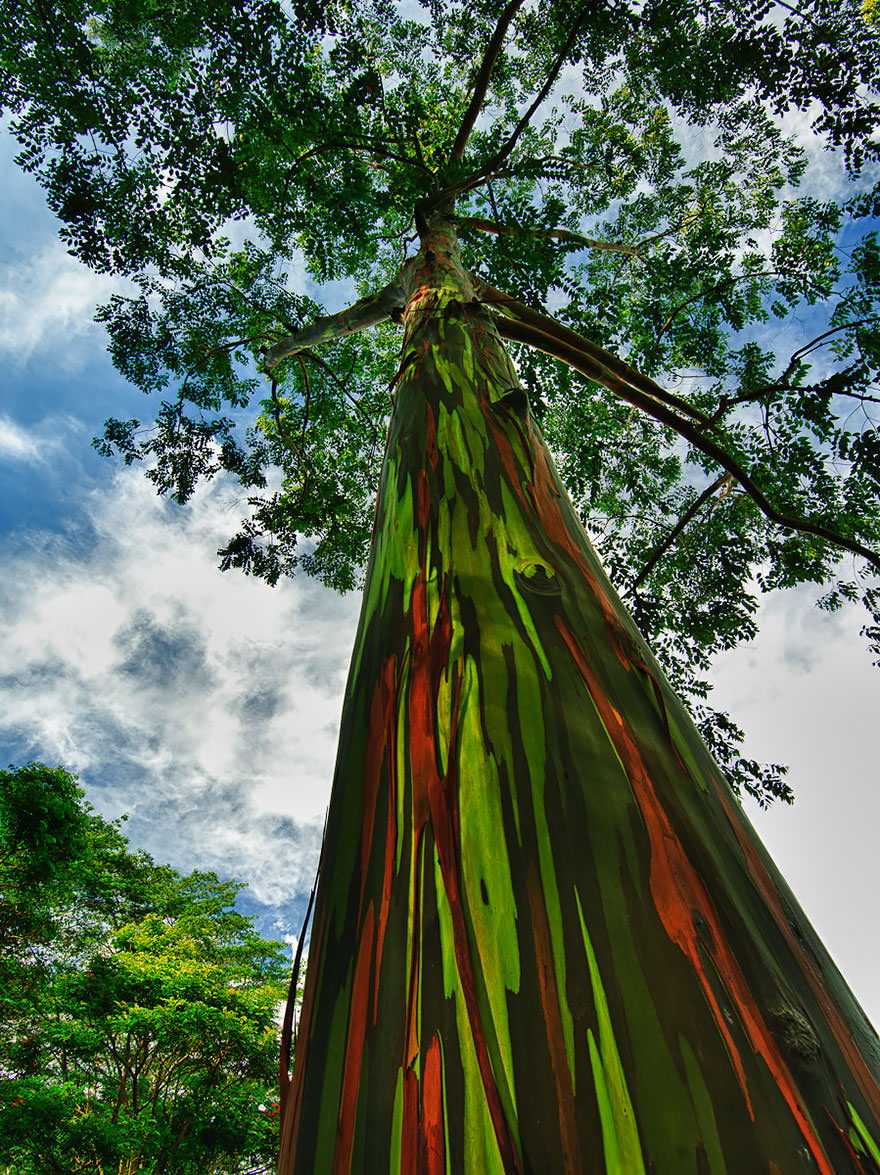 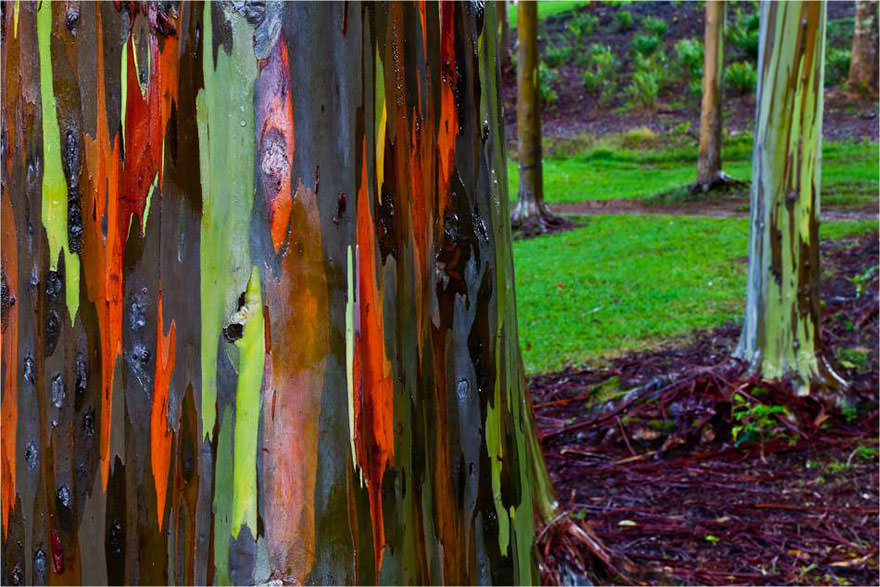 This is the famous rainbow eucalyptus. It gets its colors by shedding bark. 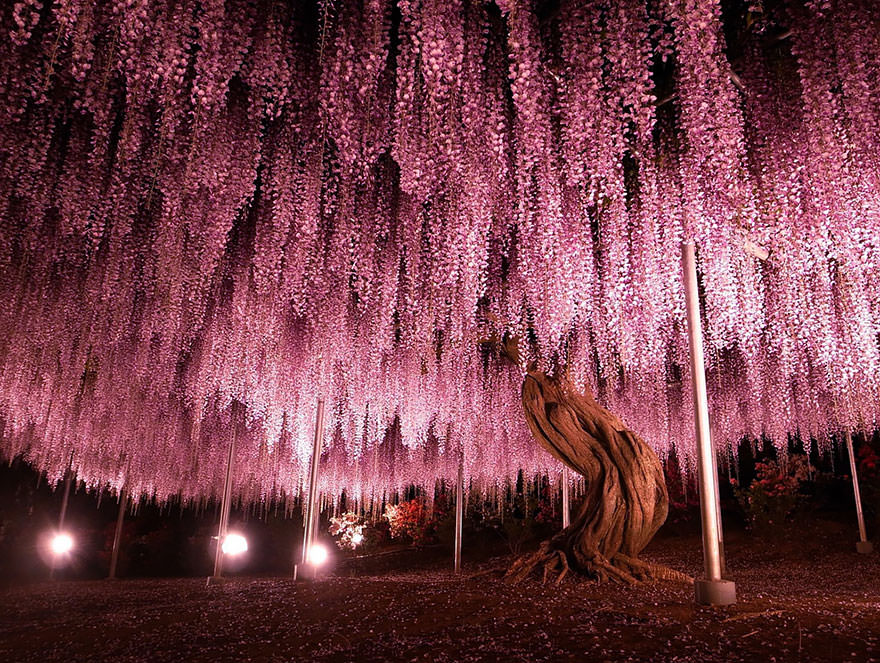 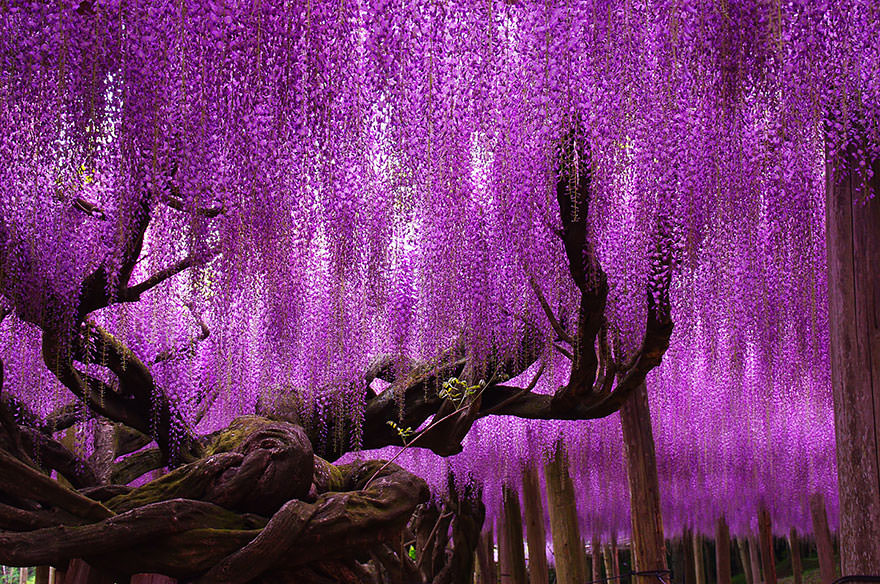 With a size that covers almost half an acre, this wisteria is one of the largest in Japan. 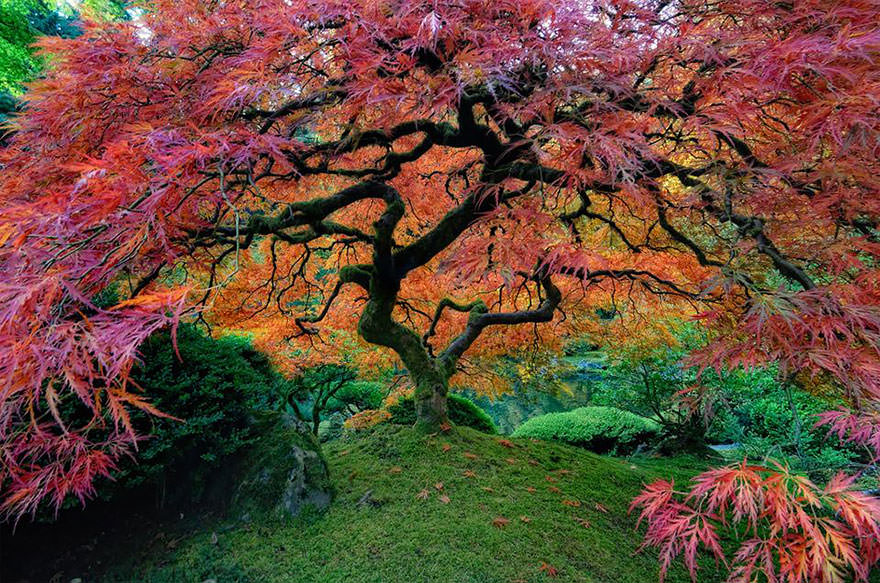 A Japanese maple in Oregon. 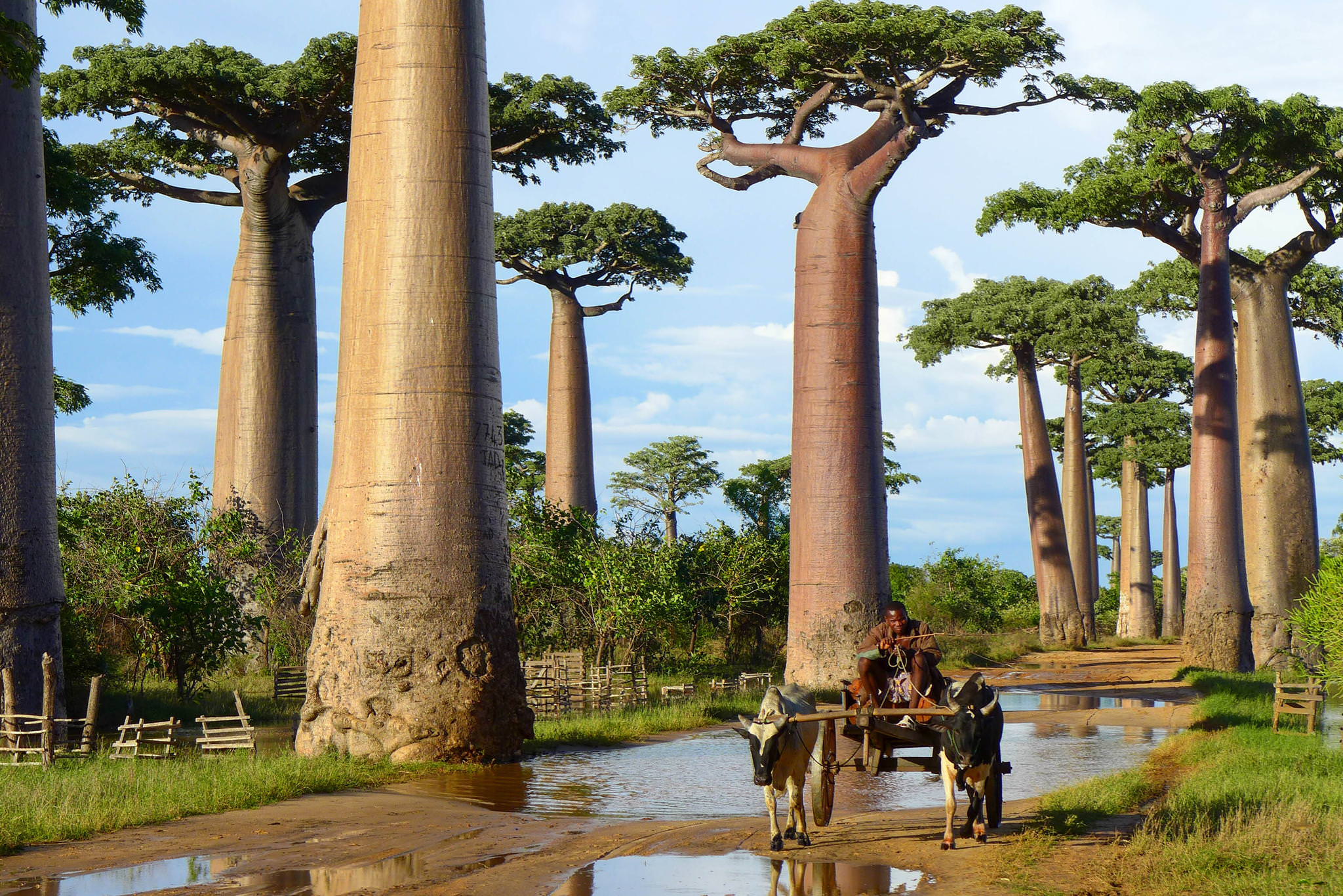 Baobab trees are some of the largest on the planet. Other than that, they have a unique ability to store water in their trunks. Photo credits: confitalsurf 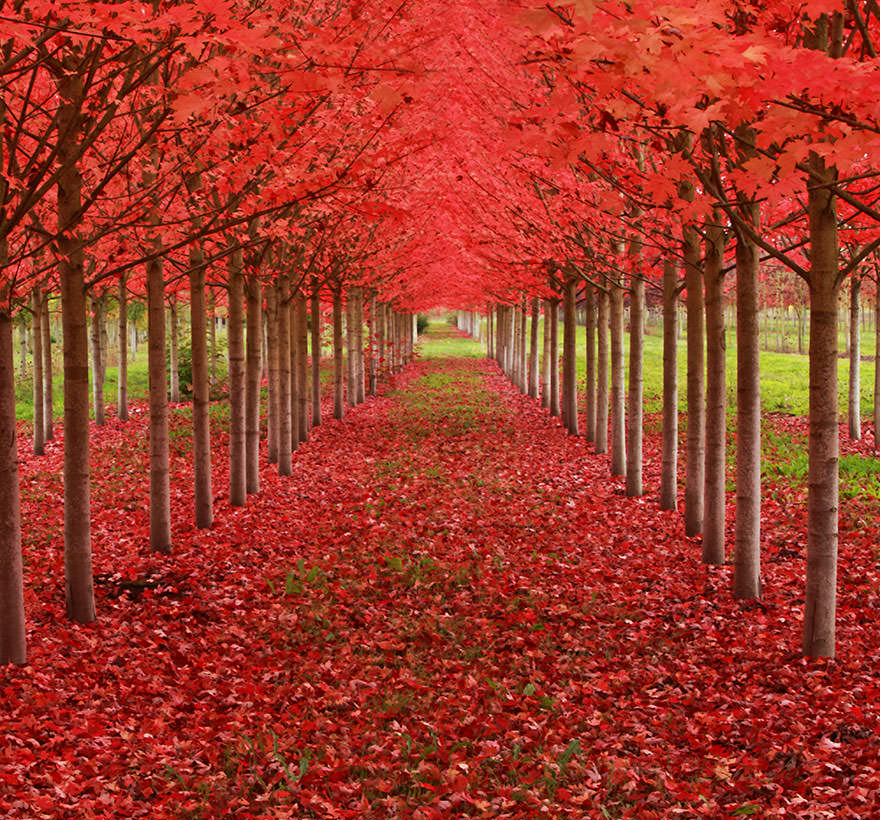 These maple trees look almost surreal, but you can find them in Oregon. 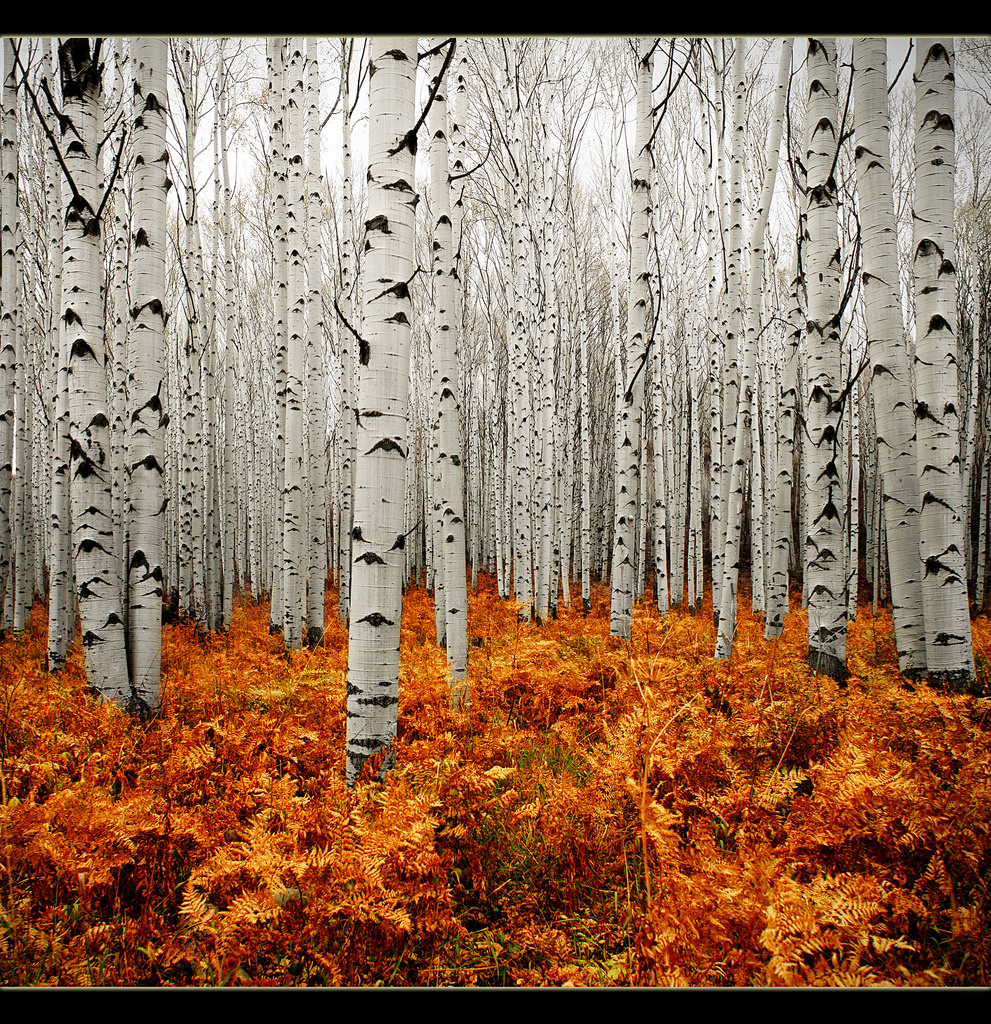 A beautiful aspen forest in Colorado. 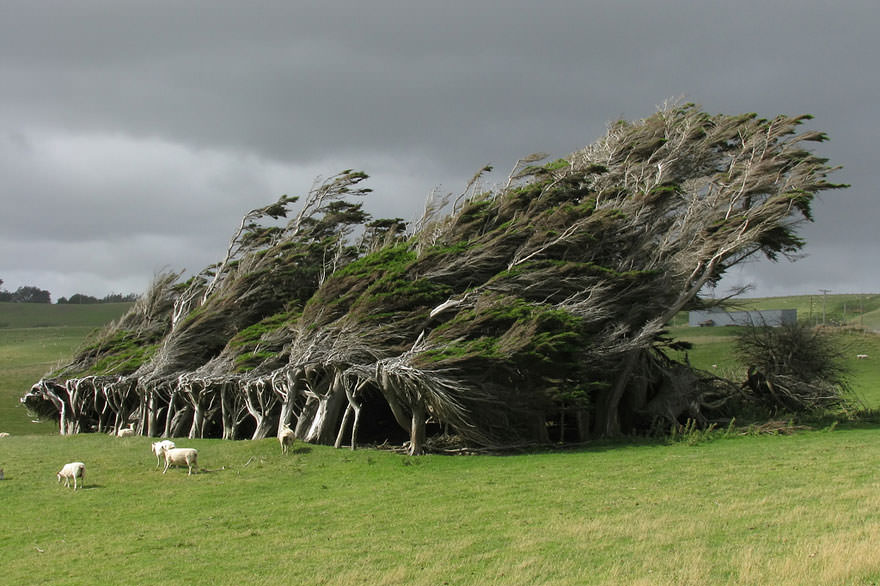 This what extreme arctic winds do to trees on Slope Point, New Zealand's Southern Tip. 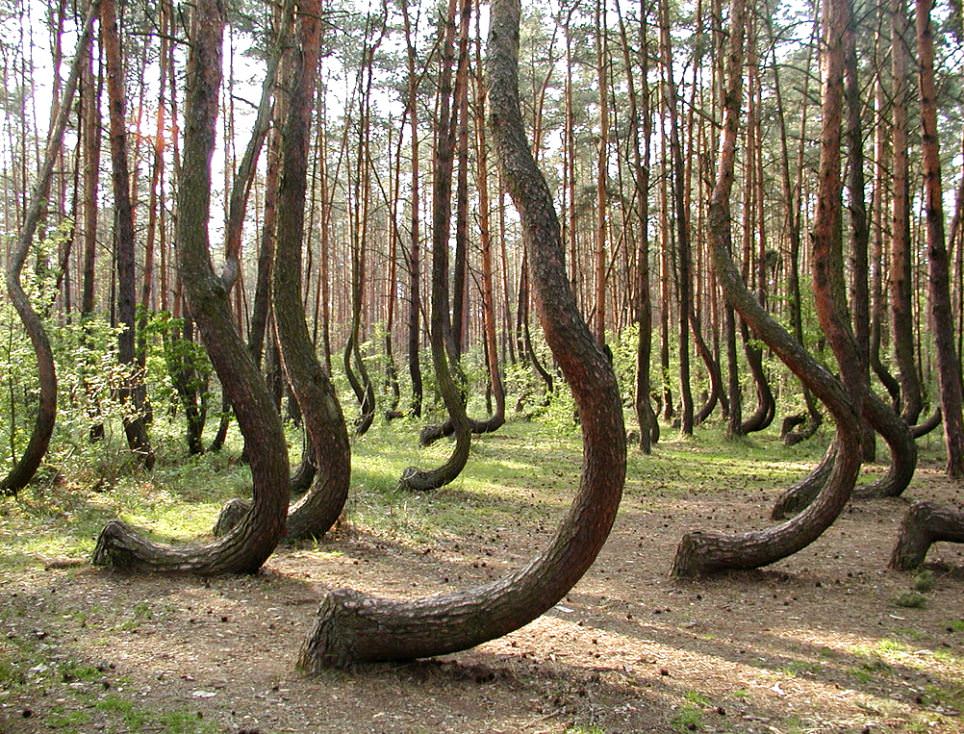 The Crooked Forest in Poland was planted around 1930 and it still shrouded in mystery. 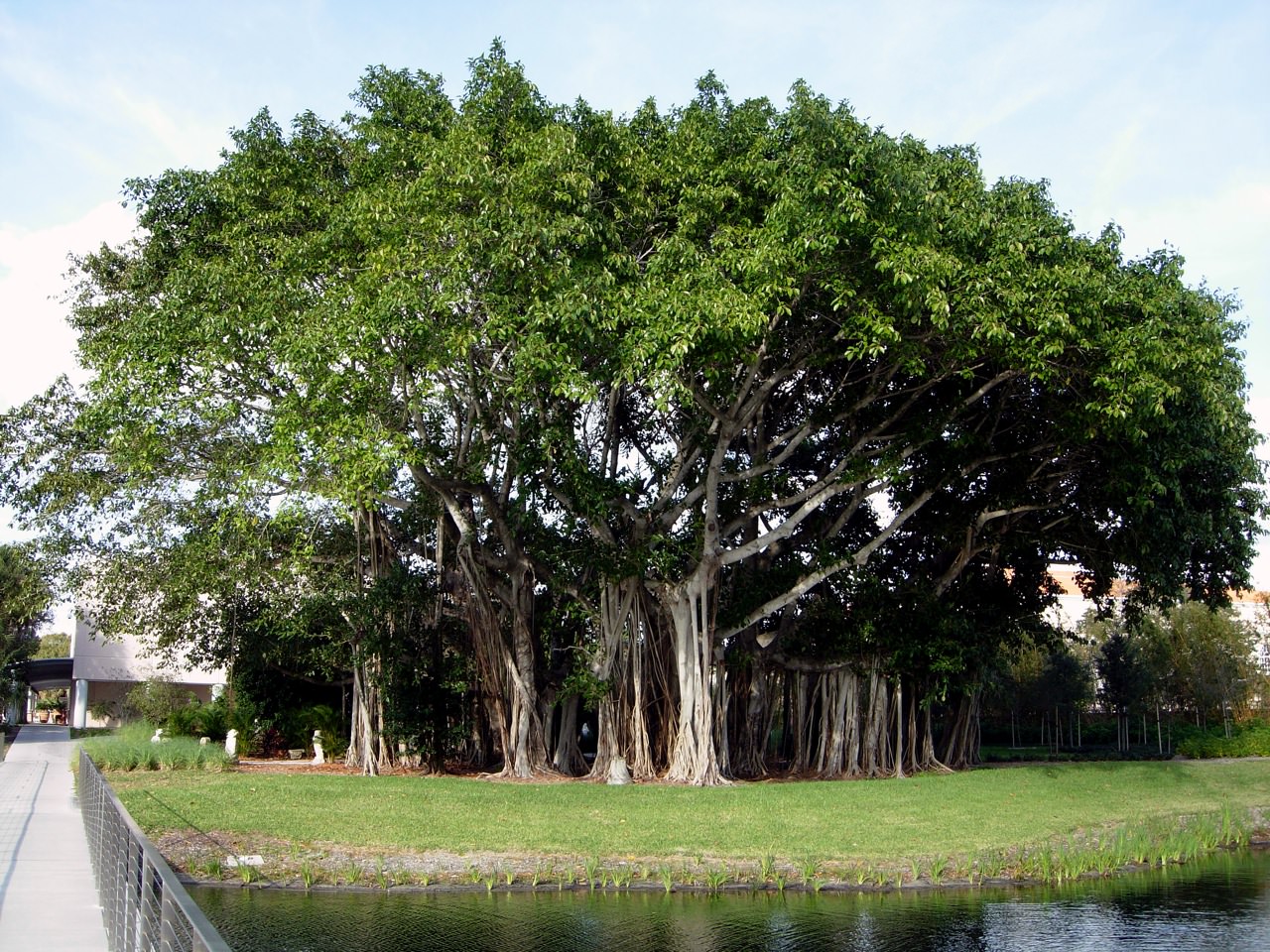 The banyan tree got its name from the Hindu traders who do business underneath it. 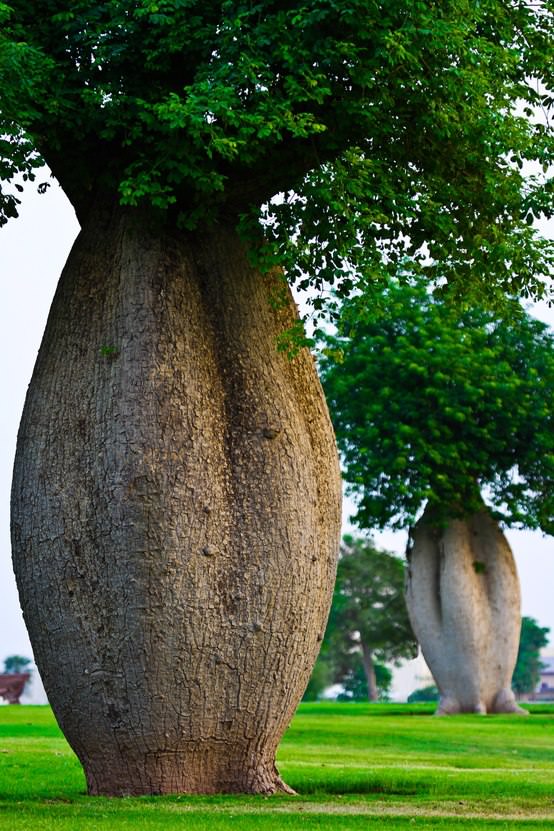 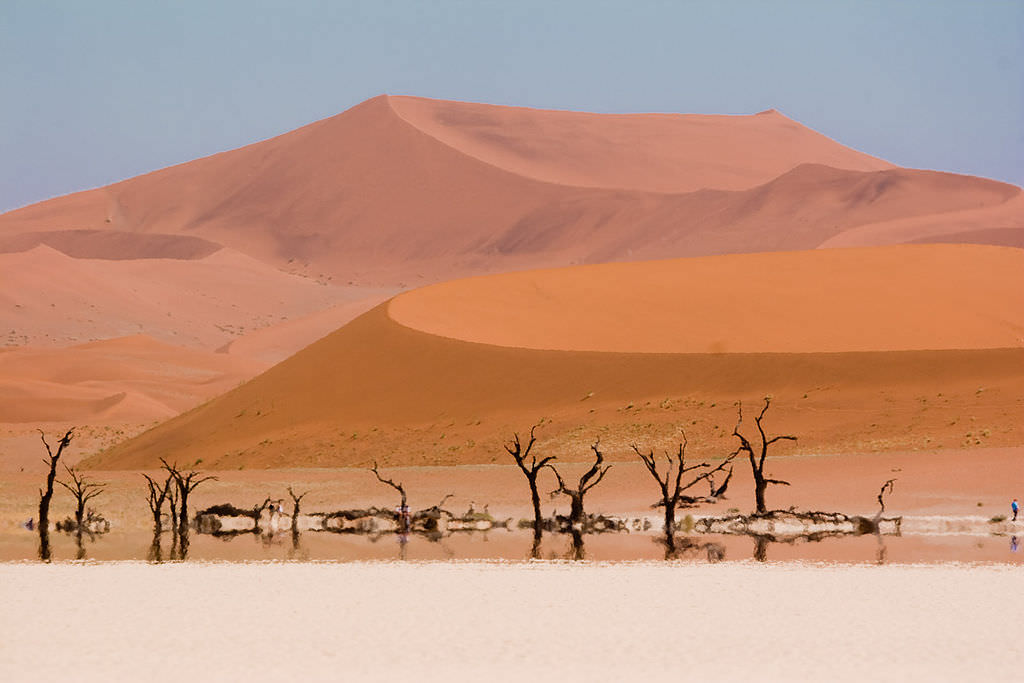