The question of APS-C vs. Full Frame format has been puzzling a lot of photographer for many years. I still hear a lot of them saying things like "I only wish that camera had a full frame sensor" or "crop sensors are known to suck at high ISO". Again, this is a very old debate, so I thought I'd bring it into the present day and have a fresh look at things.

For that, we're going to have a quick look at the history of photography technology and formats. After it was launched, the 35mm format, or full-frame as we know it today, quickly became a very popular choice for photographers, especially for photojournalists and street shooters.

It was small enough to carry many rolls, it was easy to load and you would get 36 exposures. All that while providing increasingly better image quality. Here is something you might not know, however, unless you were an active photographer back in the film days: if you were a serious professional photographer, your format of choice would have to be medium format. The reason photographers used 645 or 6x6 cameras was that 35mm film was simply too small for professional needs. There were also the even more serious shooters who considered 645 film the 35mm of medium format. These were the photographers who shot 8x10 film because they needed really large photographs.

Now, let's fast forward to the first years of digital photography. There were only two formats on the market: APS-C and full frame. Canon beat Nikon and built the first mainstream full frame camera, but that's a different story.

What's the difference between a crop sensor and a 35mm sensor?

Physically speaking, the crop sensor is smaller and has a crop factor of 1.5x on Nikon and Sony cameras and 1.6x on Canon cameras. The crop factor is basically a number you use for finding the 35mm equivalent of a lens. 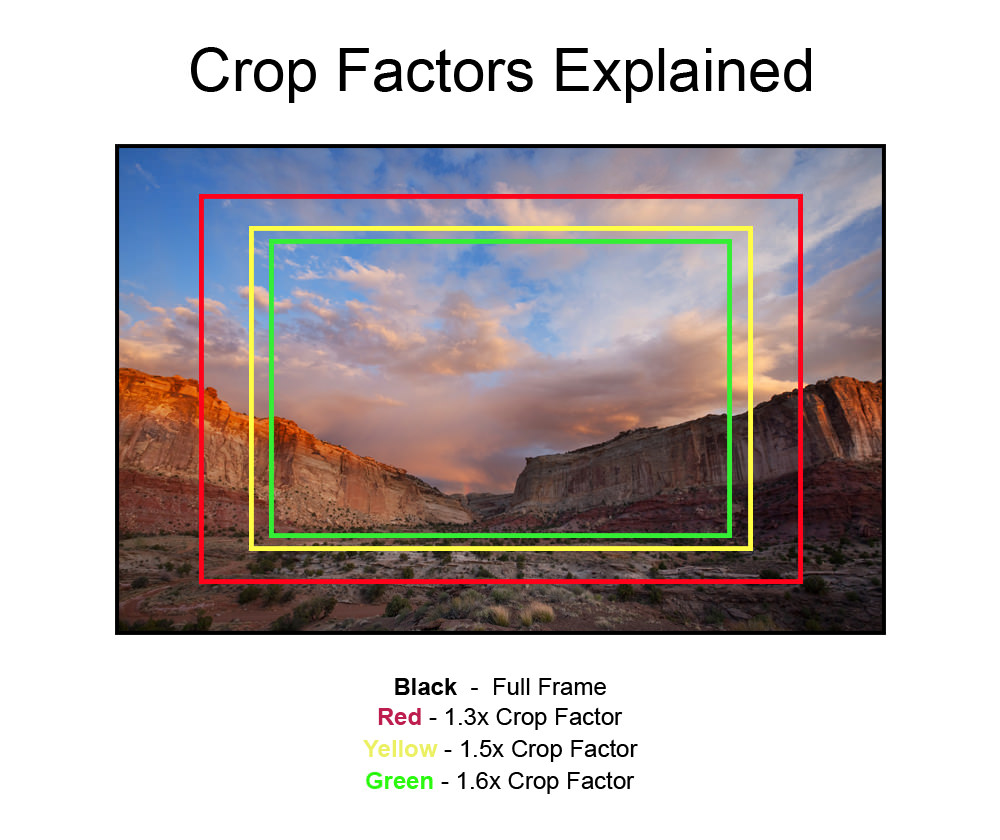 Why do people hate APS-C so much?

Here's the thing. Many photographers stuck to crop sensors because until a few years ago, full frame cameras were very expensive. Now you can buy a 6D or a D610 for the money you would spend on an enthusiast’s crop sensor camera in the past. After full frame cameras became affordable, photographers threw their old cameras on eBay and ran to embrace this larger format. If you need proof of that, think about why Nikon never really launched a replacement for the D300s or how it took Canon five years to replace the 7D.

The reason behind the decreasing popularity of the crop format has a lot to do with image quality in the past, APS-C camera where associated with less detail and very poor quality at high ISO, in comparison with full frame cameras. There was also less dynamic range and the overall performance wasn't as good by any standards.

Depth of field was also a reason put forward by many. You tend to get a little more background blur with a 35mm format, but in reality the difference is a lot less noticeable than it would be if you were to compare a 645 and a 35mm sensor.

All of that kind of stuck with people and it's very hard to see things differently today.

What is the reality today?

I probably don't need to tell you this, but technology is light years away from what it was in 2009. Remember how I told you that film photographers would prefer 645 over 35mm because of the extra size? Well today you can get 24 megapixels in either format, so size is not an issue. You can't really change the difference in depth of field, but again, it is barely noticeable. You're going to notice a bigger difference if you compare a D810 to a Pentax 645Z.

Let's talk about noise because I know that's interesting for most of you. The reality is that a lot of crop sensor DSLRs on the market today are a lot better at noise reduction than legendary, older cameras like the 5DMK II. Technology has simply evolved and you don't even have to look further than a GoPro or your iPhone. You can take crystal clear images at high values of ISO 3200 or 6400 with a lot of crop sensor cameras. Yes, there are cameras that deliver unbelievable results in low light, like the full frame A7s from Sony, but it's not going to be a long time before an entry level mirror less or DSLR crop camera will deliver those results.

Detail-wise, let's just say there are a lot of professionals who would rather pack a smaller crop camera for a shoot, like a Fuji X-T1, than a chunky full frame monster. Check out Zack Arias if you're looking for examples.

Conclusion and what's right for you?

So what should you choose if you're just starting out or thinking about an upgrade?

As I've said, the difference in image quality is negligible so I believe it is no longer an argument in favor of full frame cameras. That crop factor however will influence focal length and lens choice. If you like sports or wildlife photography, I would confidently point you towards APS-C cameras for the extra reach you can get with a telephoto lens.

If you work in very low lighting conditions more than half the time you're shooting, than yes, I would still recommend a 35mm camera, but make sure it's something that excels like the A7s or the Nikon Df.

There is also a third format we haven't talked a lot about because I want to do a separate article on it: four thirds. It is largely shared by Panasonic and Olympus and it seems to be very popular among mirrorless lovers and filmmakers. The crop factor is 2 and that's something to consider if you have a collection of lenses already.

Breaking it down to a final conclusion, I would say camera format doesn't matter. They have all come to a point where delivering high image quality is accessible and affordable to anyone. As always, what matters is the mind behind the camera, for it is simply no more than a tool that needs to be put in the right hands.