8 Things You Need to Know About Photographing Lightning

Lightning is one of the most dramatic and spectacular phenomena on our planet. No wonder it's one of the most popular subjects among photographers all over the world. Considering the estimates that it strikes the earth as many as 100 times per second worldwide, it seems that it should be fairly easy to capture. If you've tried it, you know that it's not necessarily the simplest thing to do well, not to mention the fact that it's potentially dangerous. Let's explore a few things about lightning that photographers should know:

The brightness of a lightning bolt varies according to the current it produces and, of course, its distance from the viewer. At any of its levels of brightness, however, it's strong enough to be seen by you – and your camera – even in broad daylight. That's why many photographers end up with badly overexposed images from their first attempts. Keep your ISO setting low. 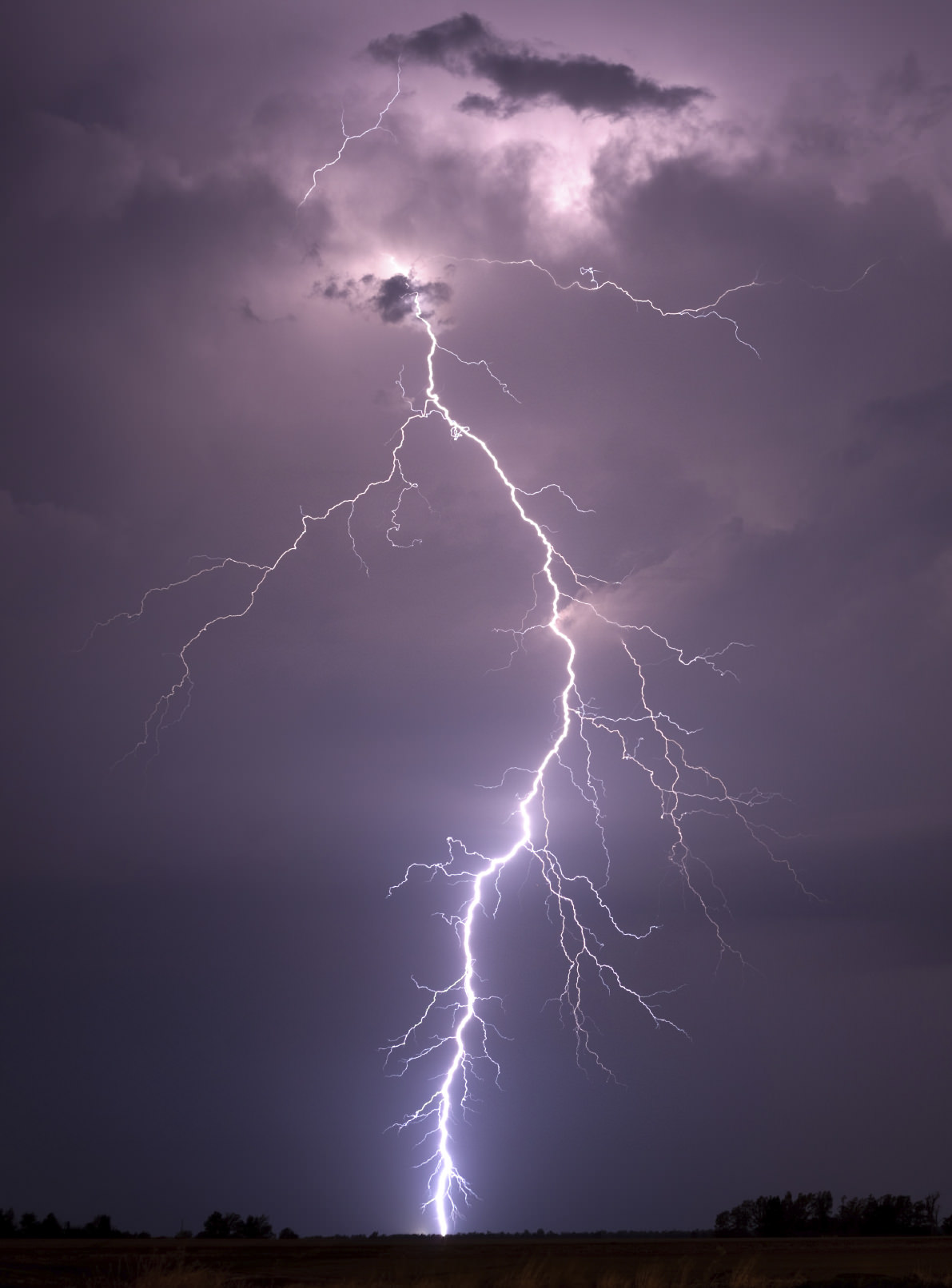 The arc that causes the flash you see is traveling at about 320 million feet per second. That's about 220 million miles per hour.

Given the speed that the arc travels, you may think that there's a really short window of opportunity to capture that flash. In fact, though, the duration of a lightning flash is usually in the range of ¼ second to 2 seconds. A lightning trigger senses flashes in milliseconds, so there's plenty of light available for the exposure. 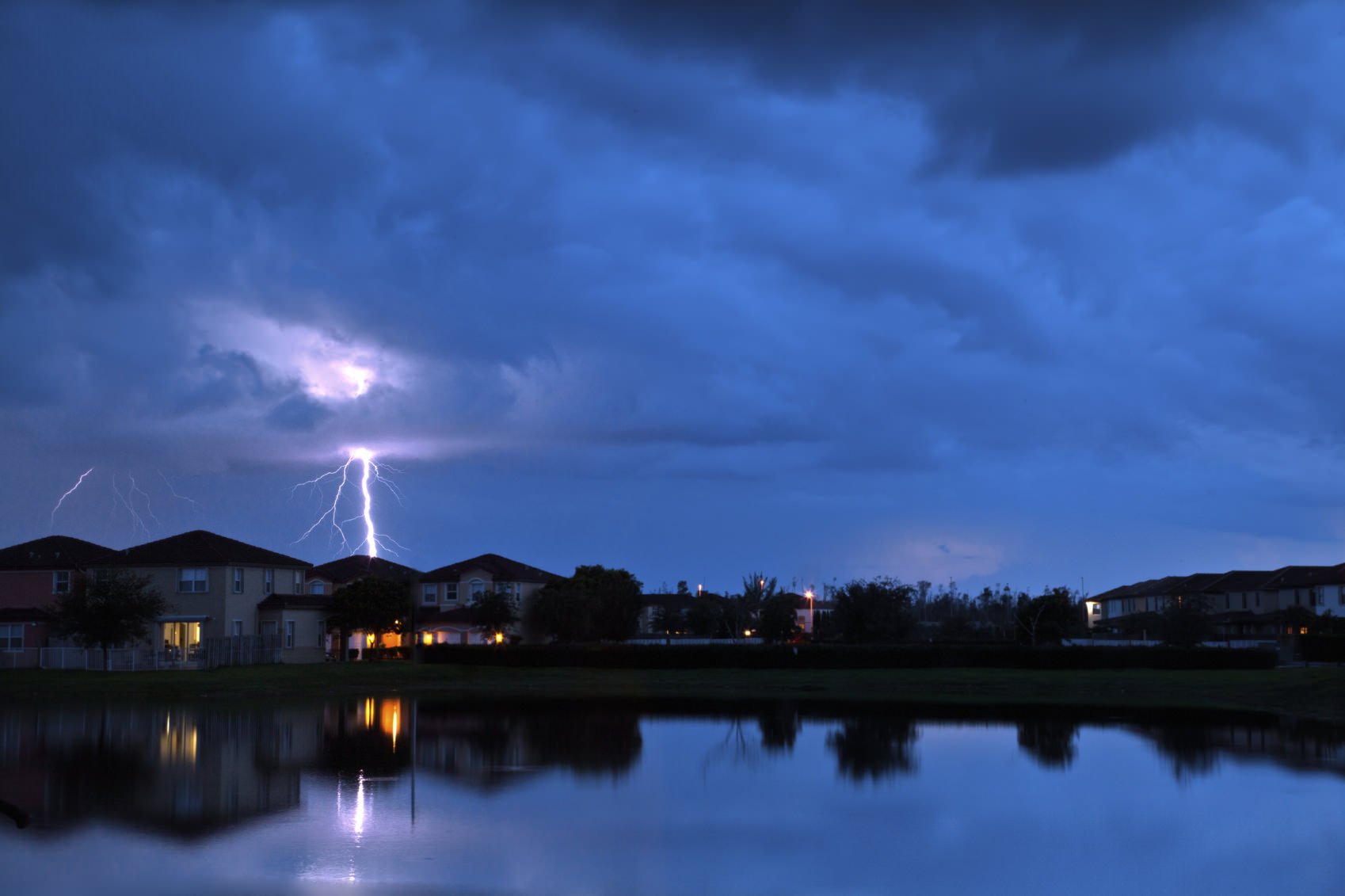 A typical home in the US uses an electrical supply of 120 volts at about 15 amperes. By comparison, a lighting strike typically has a potential of 300 million volts at 30,000 amps. We haven't manufactured anything that can stand up to that kind of surge.

5. Lightning can strike well away from the storm. 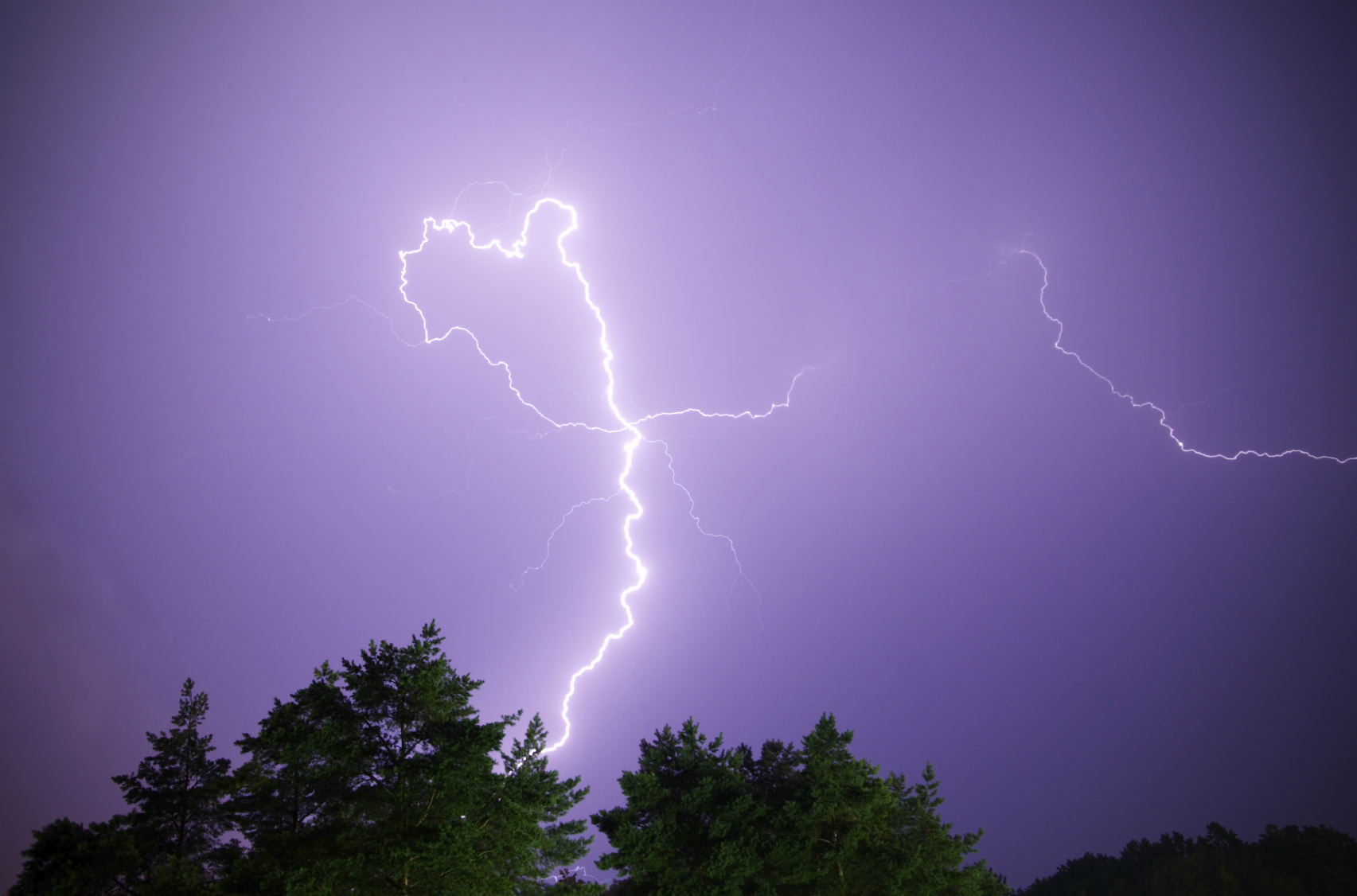 It's not unusual for lightning to strike the ground up to 10 miles away from where it originated, under clear skies. Don't believe you're safe just because the storm is several miles away.

6. Small storms will give you the best results.

Isolated storm cells with a lot of lighting will get you more successful shots than widespread storms, simply because your chances are better of getting the strikes within the frame.

This one should really be a no-brainer, but many beginners leave their AF set to on, at least during those first attempts. Even if there's enough light for the camera and lens to achieve focus, the delay is going to make it very likely that you'll miss a shot. At night, focus isn't going to happen, so neither is the shot.

8. Daylight and city lights are challenging. 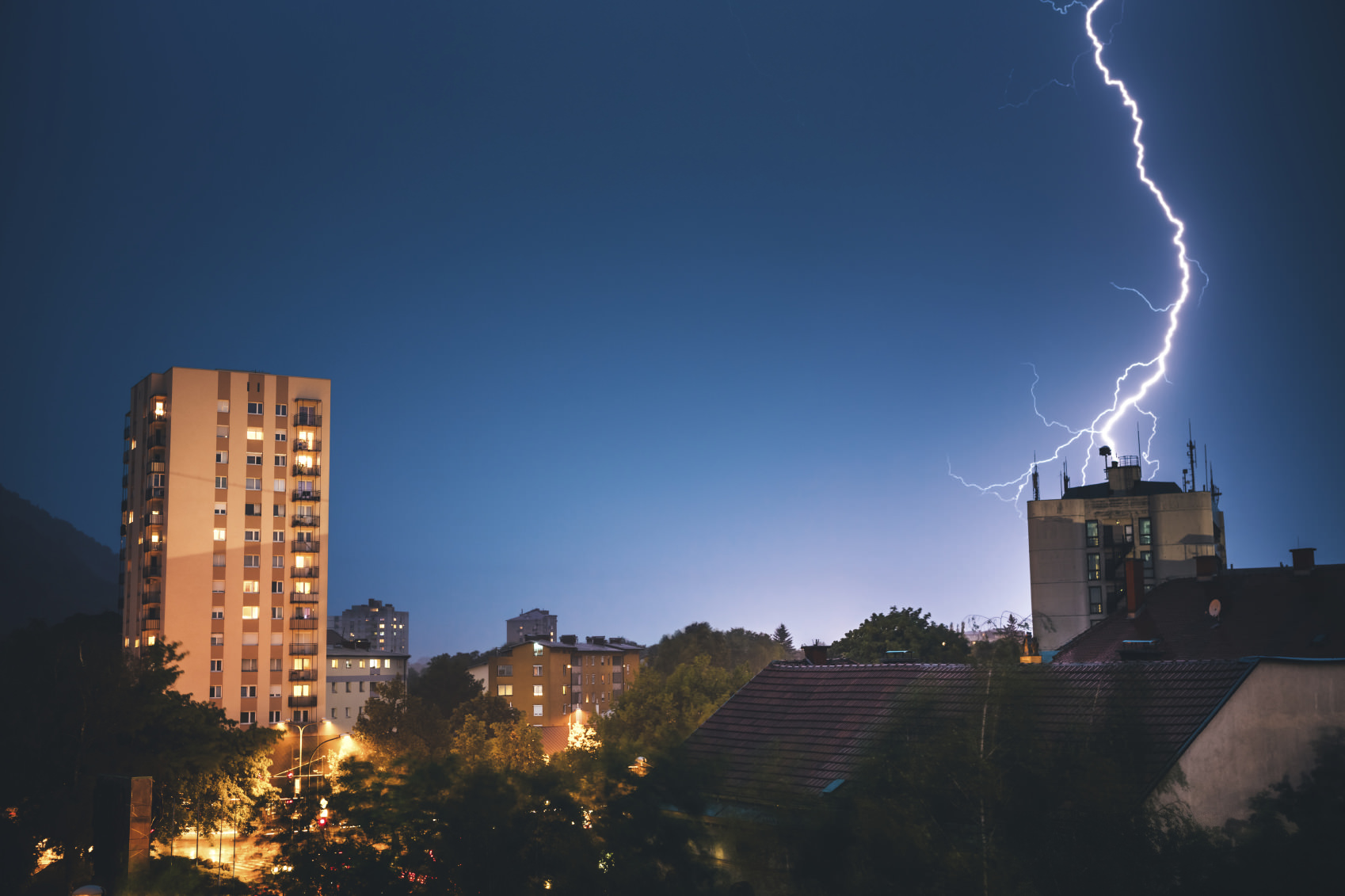 Lightning shots are much more interesting if you can include the landscape, the lights of a city or something other than the lightning flashes themselves. Unfortunately, shooting the "old-fashioned way", holding the shutter open and waiting for the flashes is going to give you a lot of poorly exposed areas in these cases. A good lightning trigger will increase your odds by activating your camera and its exposure system.

"There are a number of triggers on the market that are capable of capturing lightning.  So they say.  Frankly I've tested a number of them and the only one that I have found to work is Lightning Trigger™.  These guys are the ones that have laid the foundation in this industry with some of the top pro's using their triggers to capture lightning.  During 2011 I lived in Florida for nearly 4 months.  I used this trigger daily, and it never skipped a beat.  Hands down, it's simply the best.  Take a look at their specs and user photos here. " - Alex Schult President PhotographyTalk