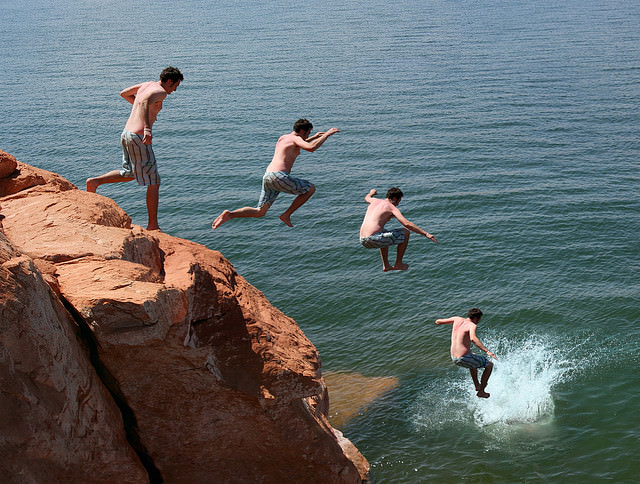 You could use time lapse photography to show in a few seconds a plant growing and blooming, a process which may take place over a few days or a week. In this case you might take a series of photographs of the plant from the exact same spot, one every 6 hours (well, daylight hours anyway). Each photograph would show a stage in the plant’s growth and blooming. If you then took those photos and made them into a movie that played in thirty seconds, you would have a perfect example of time lapse photography. In those thirty seconds you could watch the plant go through a series of stages, sprouting leaves and buds and then the buds opening up and flowers appearing. Another example, quite often seen, is clouds moving across the sky. Time lapse photography greatly condenses the time in which the action takes place, so clouds which move almost imperceptibly in real life are suddenly racing dramatically across the sky. You can think up all sorts of subjects and situations which would lend themselves to this approach.

While a lot more can be said about each step of the process, the equipment that’s best for it, the software to put it together, and other aspects, here is the basic sequence:

David © Phillips is a professional writer and photographer living in Seattle, WA. You can find out more about him and his work at www.dcpcom.com.