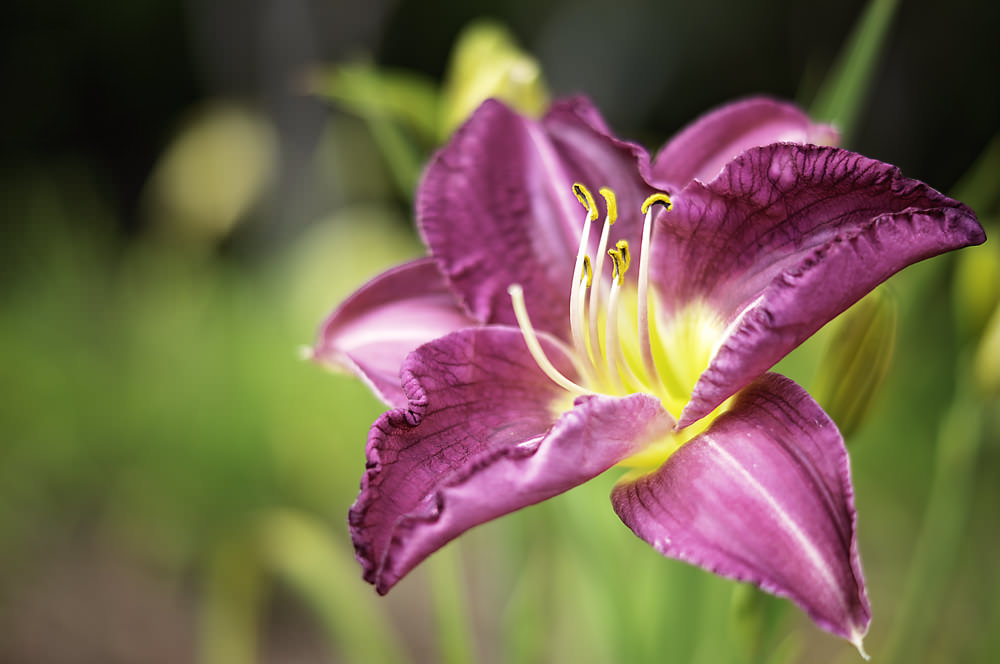 Are you hesitant to take that leap of faith to fully embrace Manual Mode?  Manual Mode doesn't have to be so scary.  Once you understand exposure, you will be using your camera like a pro—without even thinking about it.  When I got my first DSLR, I started using it in Aperture Priority mode; I was after a creamy bokeh background. As a beginner, without knowing it, I was already using one of the three factors that control exposure—Aperture.  The other two factors that control exposure are shutter speed and ISO. In this article, we will focus on aperture.

To understand aperture, imagine a window covered by a curtain. The more you open the curtain, the more light gets through the window. In a similar way, aperture is the opening or hole located inside the lens; it’s made out of 6 overlapping blades. The size of the opening will determine the amount of light that gets through the lens. If the opening is big, a lot of light will enter. If the opening is small, the amount of light will be less. If you set your camera in Aperture Priority mode, you will see how the numbers, called f-stops, increase or decrease as you move the dial.  Each f-stop number represents the diameter of the opening. Sometimes, learning about these numbers can be a little tricky because it’s hard to remember that the larger the f-stop number, the smaller the lens opening.  In other words, if you set your Aperture to f/1.4, the opening is wide, which means a large volume of light will pass through the lens. On the other hand, if you set your Aperture to f/22, the opening will be small. Therefore, the volume of light entering is smaller.  The chart below illustrates aperture. Notice, the bigger circle represents the smaller f-stop number.

APERTURE AND DEPTH OF FIELD

The overall sharpness in a photo is called, “Depth of field” (DOF).  DOF is influenced by the focal length of the lens, distance to the subject and aperture size. Aperture is one of the most important factors in DOF.  Imagine an action painter splashing great amounts of paint all over his canvas as opposed to using a small brush to carefully give details. As a result, his master piece will have no defined areas. In the same way, we can use the opening of a lens to control the blast of light touching the sensor. If you use a wide aperture (small f-stop number), a great amount of light will enter and “splash” the sensor leaving areas out of focus. See the image below. Most of the photograph is out of focus. To achieve this effect, I used a wide aperture of f/1.4. 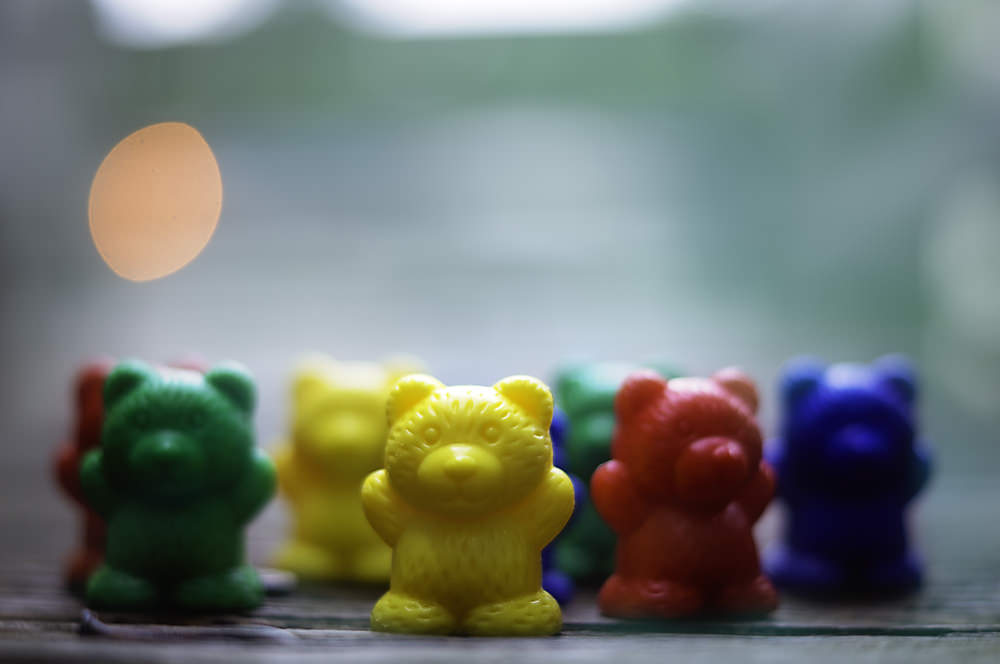 As mentioned before, to produce a work of art with a lot of detail, a painter needs to use a small brush to carefully control the amount of paint on his canvas. The secret to create sharp details in a photo lies in using a small aperture (large f-stop number).  A large f-stop number, will control the flow of light better because its opening is smaller. Therefore, it will allow more areas of the photograph to remain in focus. Notice the picture below. Most of the photograph remained in focus. Even the trees on the back retained their detail.  To achieve this sharp look, I used a small aperture of f/22. 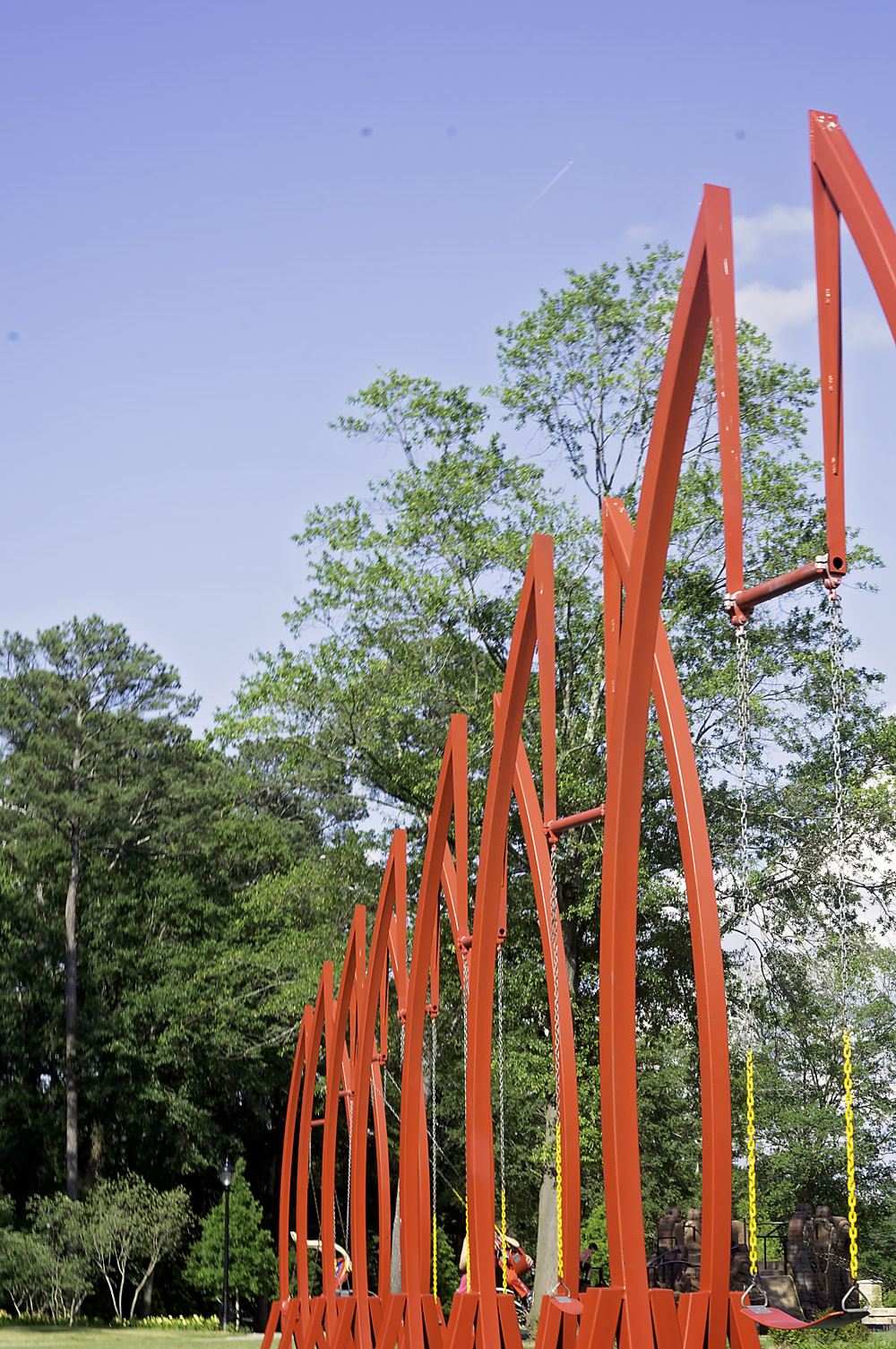 Now that you’ve learned about aperture and depth of field, you are one step closer to conquering Manual Mode.