Is 4K Changing the Way We Think About Photography? 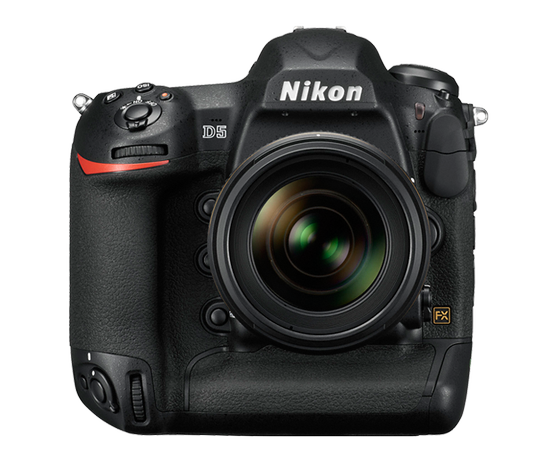 Historically, photography has been the center of several technical revolutions. That history is still being made today; in fact, may be more mind-boggling technological advances daily in this industry than any other. One of the recent breakthroughs is the advent of 4K video, giving us resolution that's almost made 1080p captures laughable. It's also given us some interesting devices that don't resemble the traditional camera, but perform wonders that your DSLR isn't capable of. 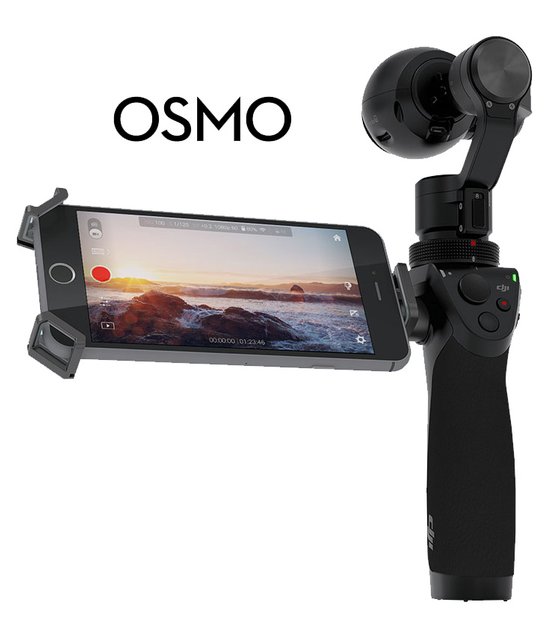 The Osmo is about as non-traditional as it gets. It looks nothing like any camera or video recorder you've used before and it does things you never imagined. It stabilizes itself with a high-tech gimbal that you can lock with the press of a button. We're not talking about everyday stabilization here, campers; this rig lets you shoot hand-held stills at exposure times up to 2 seconds!

It captures 12MP stills in RAW format. It comes with a detachable adapter that connects and holds your smartphone so you can use it as a monitor. It shoots time lapse and "hyperlapse" videos automatically. Want to shoot a 360-degree panorama? Hold it over your head and it rotates, shoots and levels itself perfectly without any input from you except a single press of a button. It has built in WiFi so you can connect your other devices and share. It does much, much more - and you can hold it with one hand! Get all the details here.

Let's look at what 4K is doing for the first-person action video crowd: 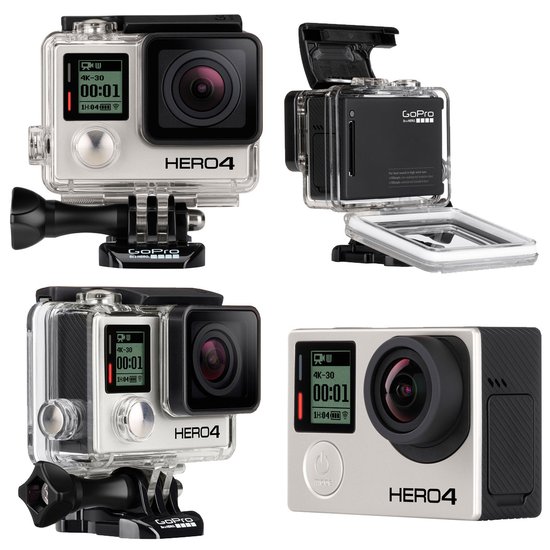 If you haven't heard about GoPro, I want to know what rock you've been hiding under. It revolutionized the video scene long ago and since the advent of 4K, it's letting thrill-seekers share all the heart-pounding, gut-wrenching action with you like never before. We're talking about a little box that you can mount pretty much anywhere and capture incredibly sharp video and 12MP stills in all sorts of conditions. Whether it's skiing, surfing, hang gliding or any other adventure, you can sit at home, pull up a video and relive the experience on your big plasma TV or put it out there to let others have the thrills without ever having been there. You can also produce amazing stills that probably wouldn't have been possible with a traditional DSLR.

4K didn't create this genre, but it's enabled it for the still photo industry like nothing else. Find out more about it here.

4K technology has made its way into more traditional cameras, too, enabling them to take advantage of everything it offers both the photography and videography industries. Sony's Alpha a7SII Mirrorless, Nikon's D5 DSLR and Canon's EOS 1DC DSLR are just a few awesome examples.

So, to answer the title question, yes, 4K technology is undoubtedly creating a new mindset in the fields of both photography and video production. If you don't want to get left behind, I'd suggest catching up on the technology. Great things are on the horizon!