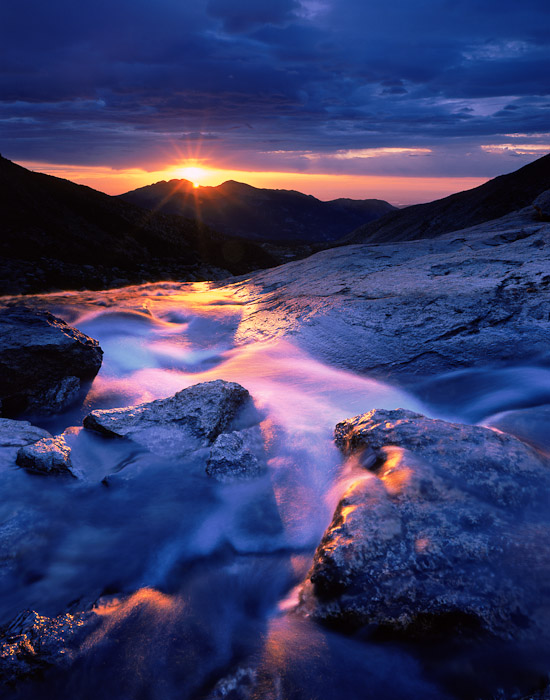 Graduated neutral-density filters are deceptively simple tools designed to solve landscape photography's perennial problem:  how to compress the very broad range of tones we observe in the real world into the much narrower range of tones we can reproduce in a print.

Split ND filters, as I'll call them for short, are dark gray on the top half, clear on the bottom half.  There's a gradual transition zone in the middle from dark to clear.  The dark half is a neutral density, meaning it does not shift colors.  The filters are usually rectangular and fit into a holder that you attach your lens via an adapter ring.  The holder lets you slide the filter up and down as well as rotate it left or right.  You position the dark half of the filter over the bright part of the frame, usually the sky or a sunlit peak.  The dark half of the filter holds back some of the light from the bright part of the scene so that your sensor can hold better detail in the shadows and highlights.  The filters come in different strengths, measured in the number of stops of light they subtract from the bright regions of the image.  One-stop, two-stop and three-stop filters are the most common, with two-stop being the most useful.  They're also available with different transition widths from dark to clear, for reasons we'll get to in a moment.

Seems easy enough-and it is once you've learned the three principles for using split NDs.

The first principle is to position the filter while looking through the lens after stopping down to the shooting aperture.  In normal operation, DSLRs (and SLRs) give you through-the-lens viewing with the lens wide open, at its biggest aperture (smallest f-number, such as f/2.8 or f/4).  The lens only stops down to the aperture at which you'll actually take the picture right before the shutter opens.  That's great when you're composing your picture because you see the brightest possible image.  Looking through a wide-open lens is a problem, however, when using a split ND filter. When the lens is wide open, the transition zone on the filter from dark to clear is so blurry you can't see how to position the filter. 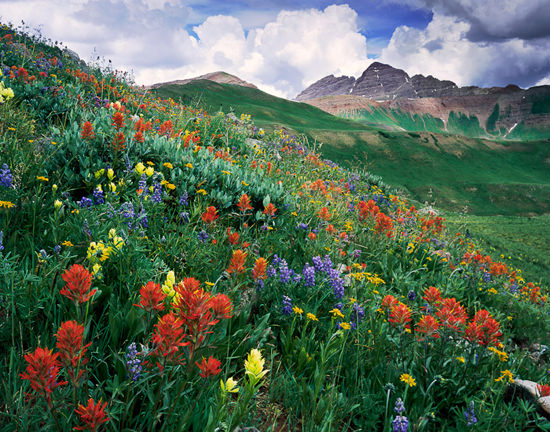 The best way to learn the width of the transition zone on the image is by making a simple, one-time test.  Place your filter over the lens.  Stop down to a small aperture, say f/16 or f/22, since those apertures will make the transition zone most obvious, and since those are the apertures you would normally use to achieve deep depth-of-field in a typical landscape photograph.  Now photograph an evenly lit, plain-toned wall that has no obvious texture or pattern.  If your lens is a zoom, try a few representative focal lengths, such as 16mm, 20mm, 24mm, 28mm and 35mm.  You don't need to test each 1 mm increment in focal length.  Download the photos and take a look.  Measure the width of the transition as a fraction of the frame and make a simple chart to carry in your camera bag.

The third principle for using split NDs is to find a band of dark horizontal subject matter where you can hide the transition.  The classic situation where split NDs work well is when you're shooting a field of wildflowers at sunset.  The flowers are in shade, the mountains rising above are catching the last direct light, and there's a band of dark evergreens along the edge of the meadow where you can hide the transition zone on the filter. 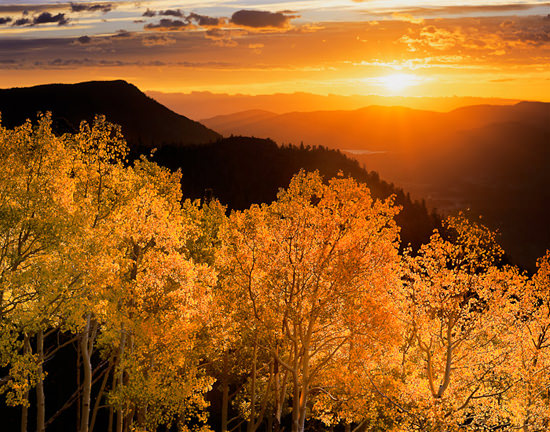 Here are my rules of thumb for deciding which filter to use.  In all examples, let's assume that the background is in full sun.  If the foreground is shadowed by a thin cloud, I use a one-stop filter.  If the foreground is shadowed by a thick cloud or by something solid (a cliff or mountain) and I'm looking away from the rising or setting sun, I generally use a two-stop filter.  There are exceptions where a three-stop is necessary, like when my foreground is in the deep shade of a tall cliff or tall trees that are immediately behind me.  I use a three-stop filter when looking into the rising or setting sun, or when the sun is in the frame.  Precise decisions on which filter to choose and how to set the right exposure require spot-metering, but that's beyond the scope of this post.

Are split NDs necessary in the digital age?  If you're still shooting film occasionally, absolutely yes.  If you're shooting digitally, but don't use Photoshop, particularly if you're capturing images as jpegs, you will also find split NDs very useful.  If you are comfortable using the full version of Photoshop, particularly if you are capturing images as raw files, and if you're familiar with high-dynamic range software such as Photomatix and HDR Efex Pro, you may find that digital techniques for merging two or more images taken at different exposures have largely made split NDs obsolete.  Split NDs do have one significant advantage over all of the digital techniques:  they allow you to record the full range of tones present in the scene in a single capture, eliminating the problem of scene elements, such as flowers, leaves or water, moving in between exposures.

Whether you use a physical split ND or the digital equivalent, you can create the illusion of greater dynamic range in your prints than actually exists.  Put another way, using split NDs allows you to expose both the highlight and shadow regions close to a midtone density, so both regions preserve rich color and detail, then marry those two regions in a way our visual system finds believable.  To fully explore all these topics, please consider taking my new online class, offered starting May 6, titled Mastering Dramatic Light:  How to Make Great Photographs of High-Contrast Scenes.