3 Smartphone Camera Settings You Should Try Out 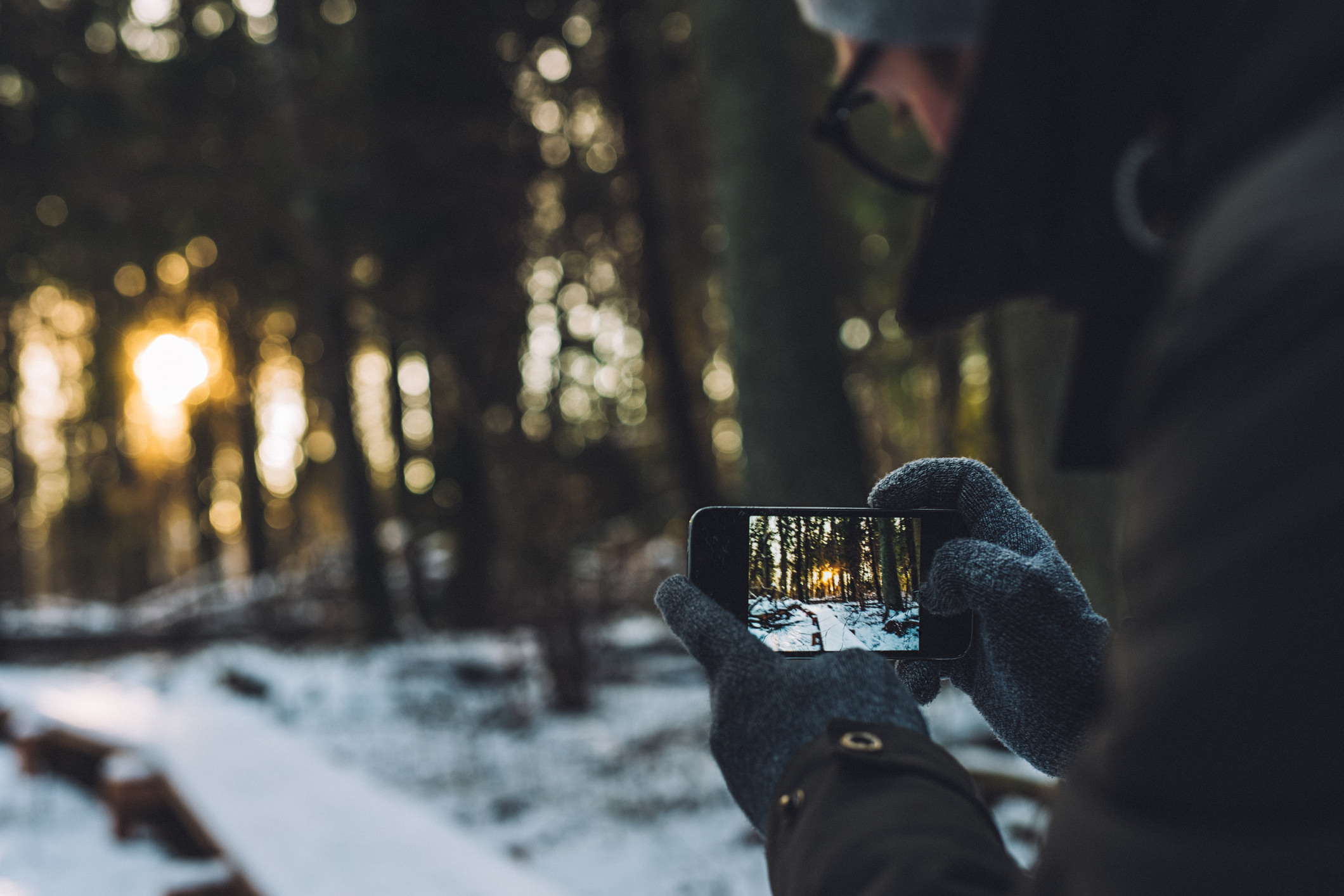 It wasn’t all that long ago that simply having a phone with a camera in it was relatively rare. Not so today!

Now, the cameras on our smartphones are fully functioning with all sorts of bells and whistles that give us the capability of taking stunning photos (and videos) with little more than a decent understanding of the camera settings, a few apps, and maybe some add-on equipment like a lens or a tripod.

If you’re looking to step up your smartphone photography game, consider learning how to use the following three settings. 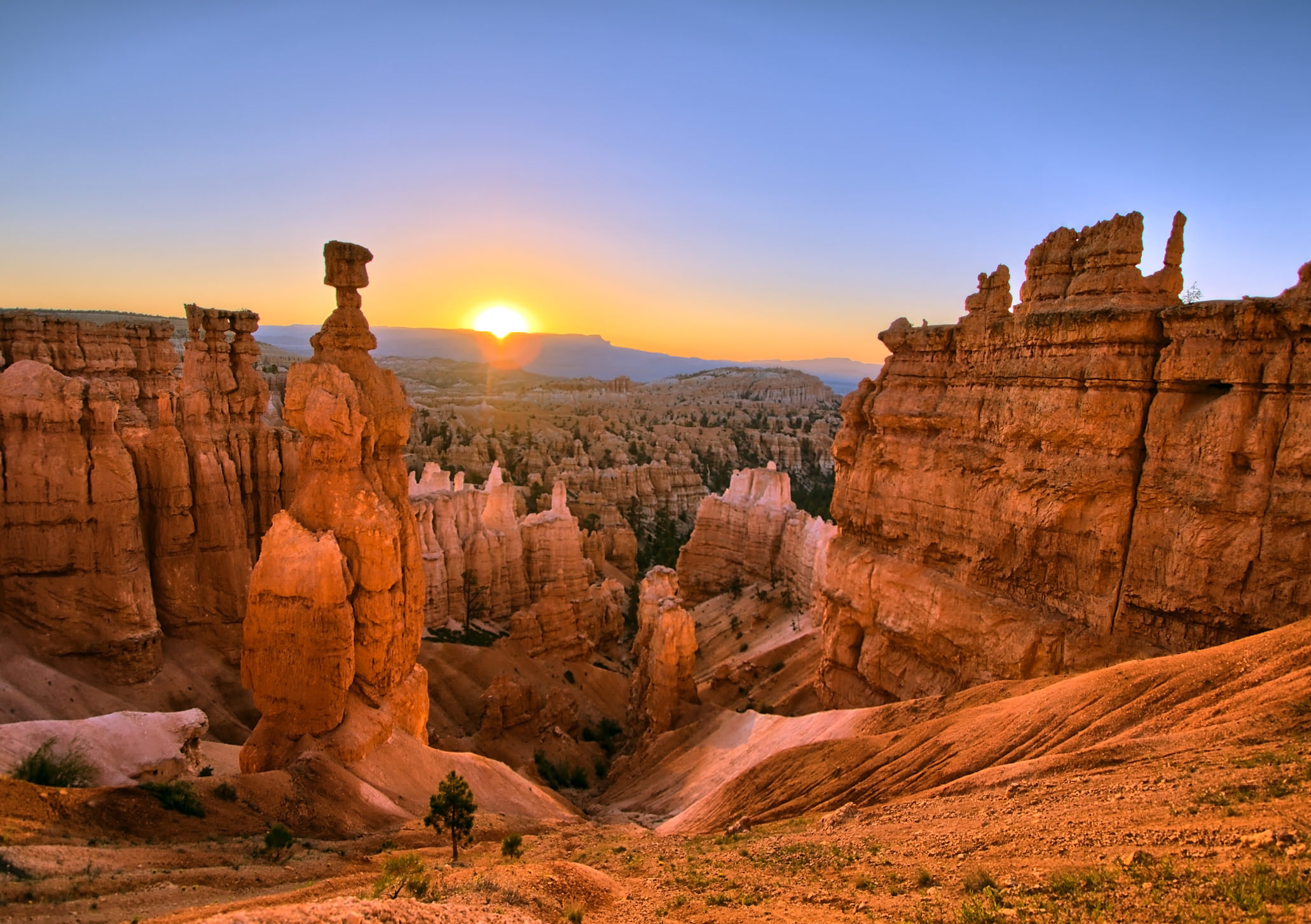 HDR (which stands for High Dynamic Range) is a camera setting that produces an image that has better quality in shadowed to highlighted areas. In other words, when you’re presented with a scene in which there are bright highlights and dark shadows, your smartphone camera might not be able to generate an image in which the full range of subject matter is visible. If the camera meters off of a bright area, the shadows will be dark black; if the camera meters off a dark area, the highlights will be bright white.

HDR solves that problem because it takes three separate shots, each one at a different exposure level, then automatically blends the images together. The resulting image has much greater detail throughout the image.

Although HDR can be used for any type of photo, it is especially useful for backlit scenes, like a silhouetted portrait, and landscapes. In the image above, note how the rock faces are still well-exposed, even though the sun is behind them. This is because one of the images that made up the HDR composite was exposed for the rocks while another was exposed for the sky.

Engaging HDR is different from one smartphone to the next, so consult your owner’s manual if you aren’t sure how to turn it on. 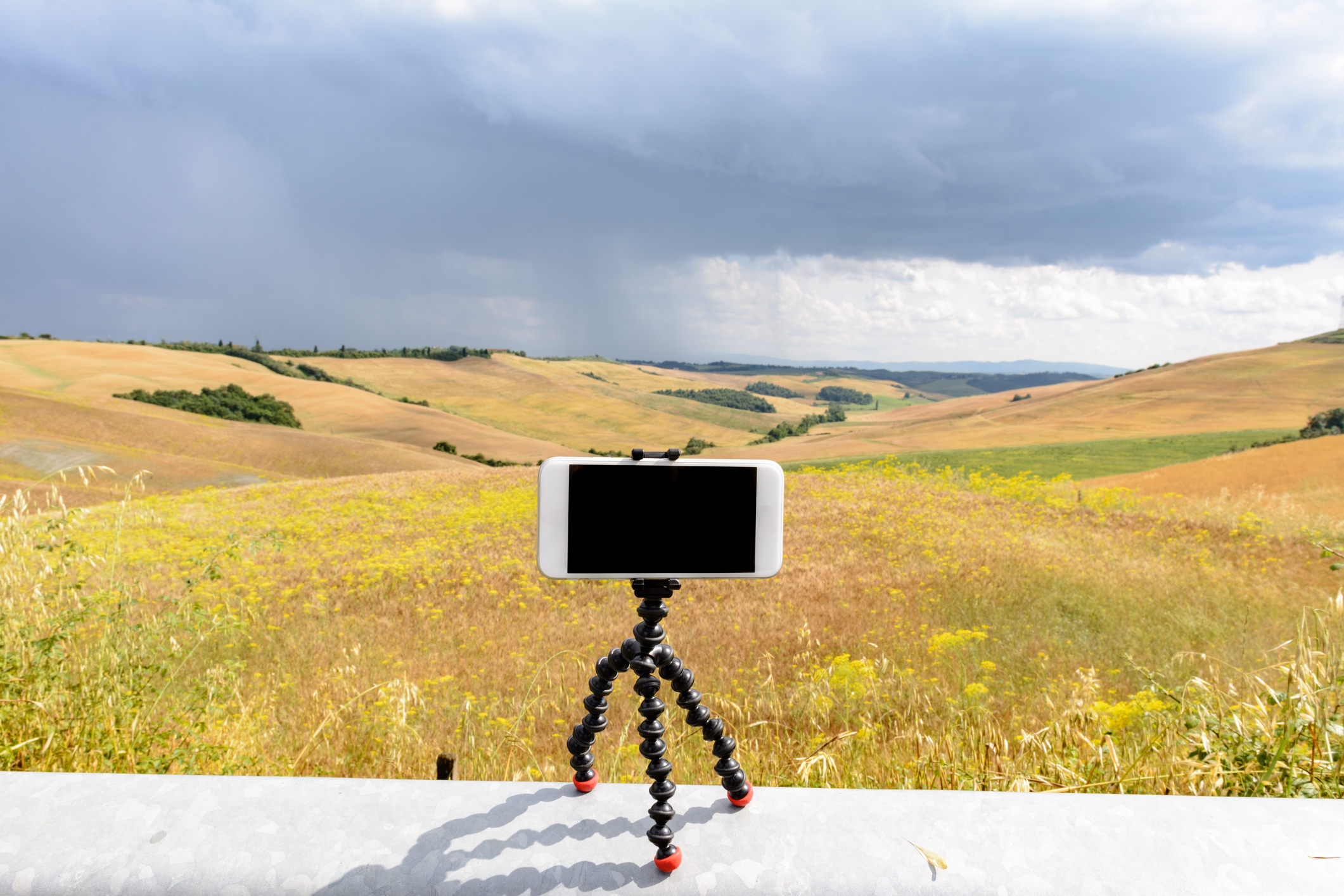 Many of today’s smartphone cameras also have an option to create time-lapse videos. This is a handy feature on occasions when a single still photo or a short video just won’t do justice to whatever it is you’re recording.

Essentially, the smartphone’s time-lapse feature takes a series of individual photos at an established interval over an established period of time. Those individual photos are then strung together into a single, seamless video that shows the event in a much shorter time span. To do this on your own by manually taking a photo at specific intervals would be difficult, to say the least.

Like the HDR function, each smartphone is a little different regarding how to create a time-lapse video. But, once you determine how the feature works on your phone, be sure to select a subject that has indicated movement so you can see the effects of the time-lapse. Clouds, waves crashing on the beach, or vehicles passing by on the street are all good subjects. No matter the subject, be sure you have your phone mounted on a tripod - it will need to remain absolutely still throughout the sequence of shots. 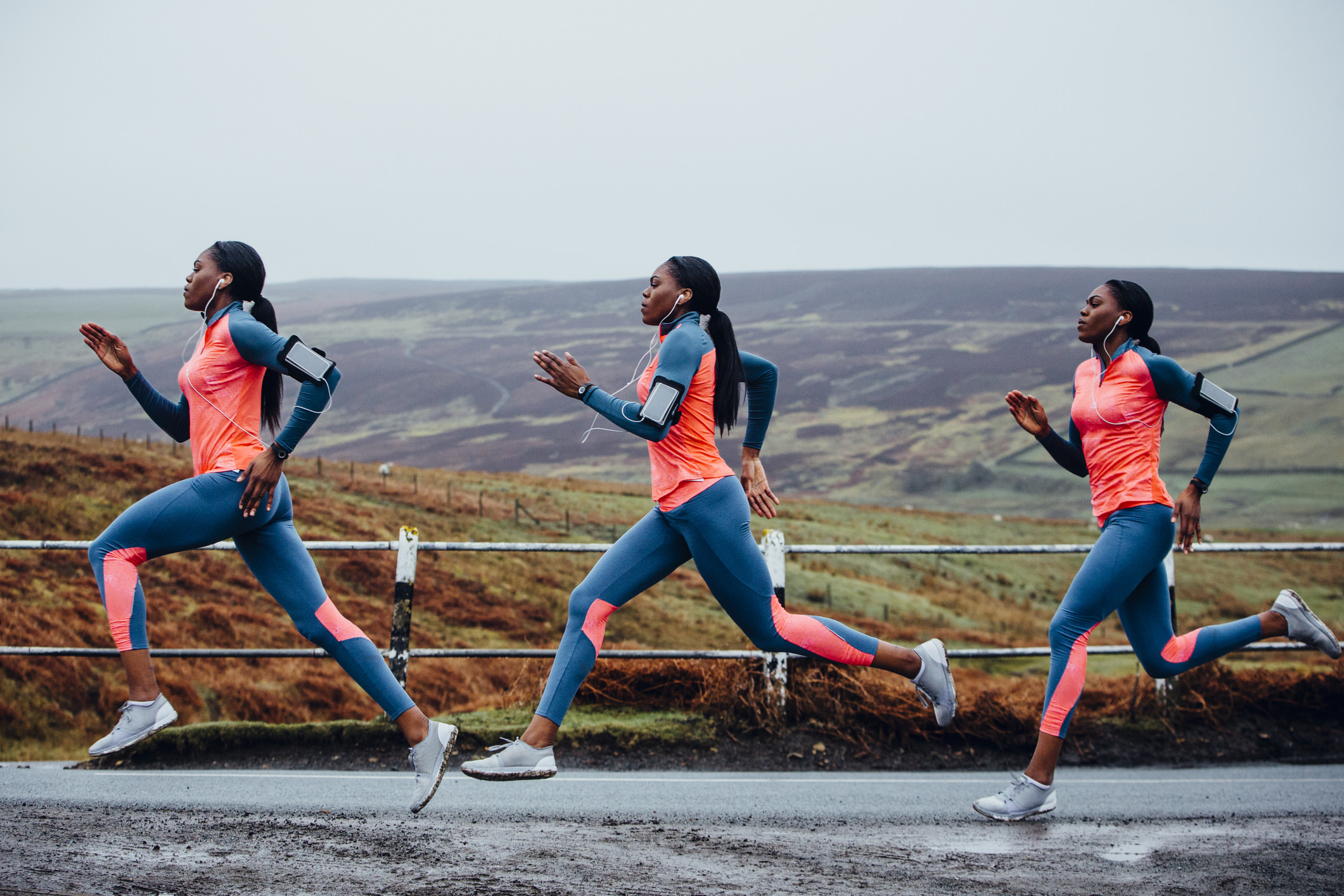 Action scenes - be that your kid’s soccer game or a deer bounding across the road - are best captured in a series of frames as opposed to one static shot. The theory is that by taking a number of shots in rapid sequence that at least one of them will be a pleasing shot of the action unfolding before you. What’s more, you can see the movement from frame to frame and choose the image that best represents what the action is all about.

But burst mode isn’t just for action shots. When taking a portrait of someone, use burst mode to get a range of facial expressions. Better still, you can use burst mode to capture candid shots between formal takes, resulting in laid-back and relaxed images that might well be the best of the bunch. 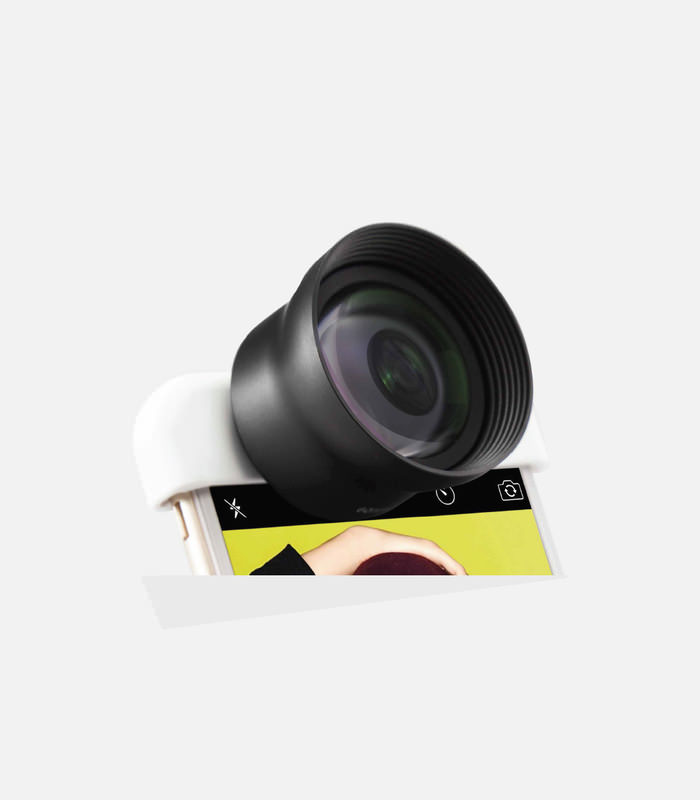 Using the camera settings outlined above will help you get out of your normal routine and challenge your comfort zone. Rather than taking a solitary photo, you can challenge yourself to try burst mode to capture more than simple portraits or landscapes. Likewise, your creativity can be inspired by using the time-lapse setting to see how you can represent a scene over a longer period of time. Furthermore, using the HDR setting expands your ability to photograph scenes even when the lighting isn’t ideal.

What all that means is that using your smartphone camera’s tools will make you a better photographer because you will be better equipped, more informed, and have varied shooting experiences to help you develop your photographer’s eye.

But why not add a lens to your phone that enhances your ability to do all those things even more?

There are plenty of add-on lenses on the market today for virtually any kind of smartphone. Sirui has a line of three high-quality lenses that are easy to use in a host of shooting situations. But just because it’s a quick add-on doesn’t mean the results are so-so. 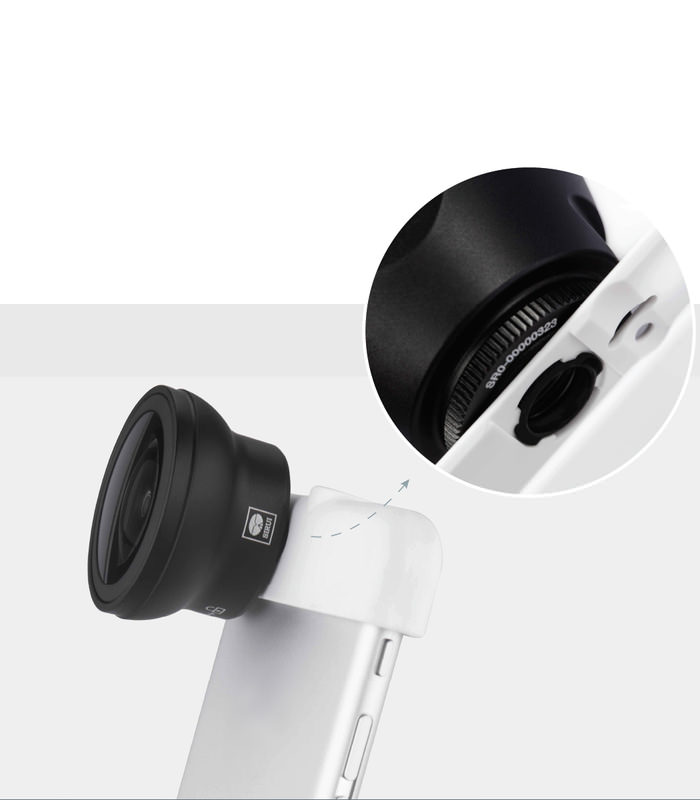 The beauty of Sirui’s lenses is that they are made with high-quality German schott glass. That means your images will be sharp and clear, so that no matter your subject, it will shine through in your images as it should. What’s more, Sirui has an entire line of lenses, from a 60mm portrait lens to an 18mm wide-angle lens to a fisheye lens that’s ideally suited for creating unique, eye-catching images of all sorts of subject matter.

Better still these lenses offer excellent color quality, minimal distortion, and minimal vignetting. They also come with an anti-reflection coating, so even if you’re shooting at the lake or on the coast, the sun’s reflection off the water won’t interfere with your ability to get the shot.

Smartphone cameras aren’t as powerful or feature-packed as a DSLR or mirrorless system. However, they’ve come a long way and continue to get better with every new model that comes out. By taking advantage of your smartphone camera’s features and using them in conjunction with a Sirui mobile phone lens, you’ll be able to create photos and videos that look much more like they were created with an expensive digital camera and less like they were created with your phone.