Reviewed: DJI Mavic Air is Easy to Fly and Packed With Features 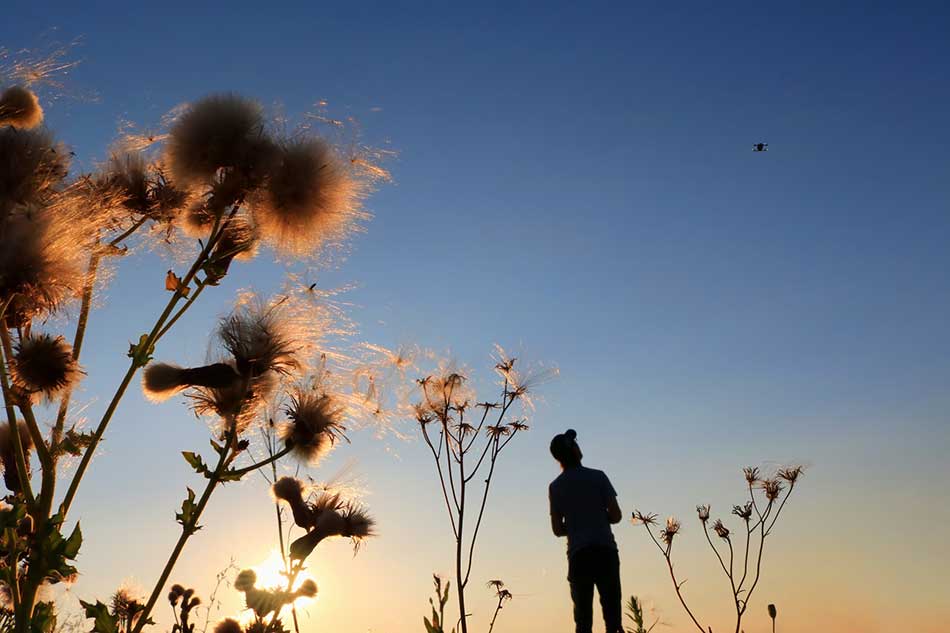 If you're a drone fan, you probably already know that the DJI Mavic Air is positioned between its big brother, the Mavic Pro, and DJI's smallest drone, the Spark.

As the middle child in the lineup, it's easy to overlook the Mavic Air. Yet, DJI has tried - quite successfully - to pack as much punch into the Mavic Air as possible to give it more allure.

After reviewing this rig, it's apparent that the benefits far outweigh any of its shortcomings.

Here's a quick rundown of what you might expect from the DJI Mavic Air. 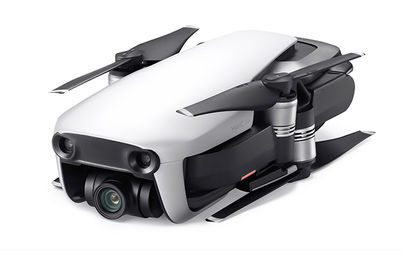 The Mavic Air's claim to fame is its size.

Scarcely bigger than a typical bottle of water, this thing is highly compact and easy to transport.

That's thanks to its innovative folding arms and wings, that when not in use, tuck neatly into its sides.

Weighing in at just 15 ounces, this thing is feather lite, too. That means you can bring it along in your backpack without having to sacrifice bringing other gear and without feeling bogged down with a bunch of weight. 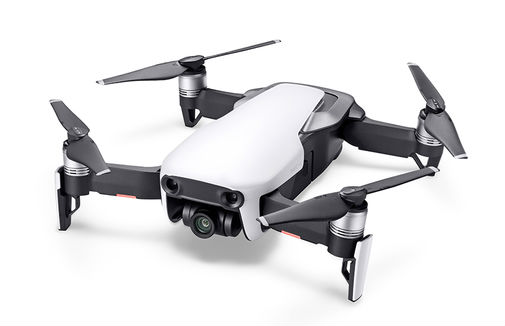 Another feature that's gotten a lot of buzz is the Mavic Air's 12-megapixel camera.

Not only can it take excellent still photos, but it's also equipped with 4K video capabilities at 30fps. What's more, the camera records at 100MBPS, which is actually a much higher bitrate than the more expensive Mavic Pro.

As a result of that higher bitrate, the Mavic Air's camera produces cleaner and crisper HD-quality video footage.

This drone also features 1080p, 120fps video for slow-motion recording, and with an integrated 3-axis gimbal, you get super smooth shots.

Add to that 8GB of onboard memory (you can add more with a memory card), and you have the makings for an ideal photography and videography companion. 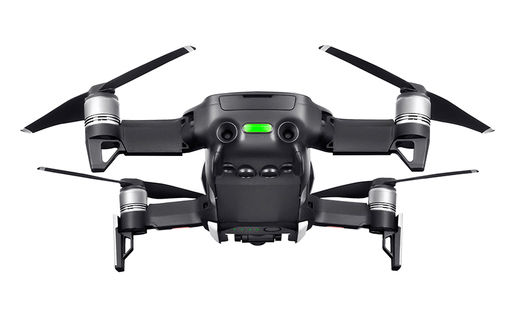 Since the Mavic Air was built for mobility, it comes with a beautiful and functional carrying case that makes transporting it a breeze.

The exterior of the case looks great and is manufactured from a durable weaved material. Inside, there's a plush padded liner that keeps the Mavic Air safe and sound while you travel from Point A to Point B. 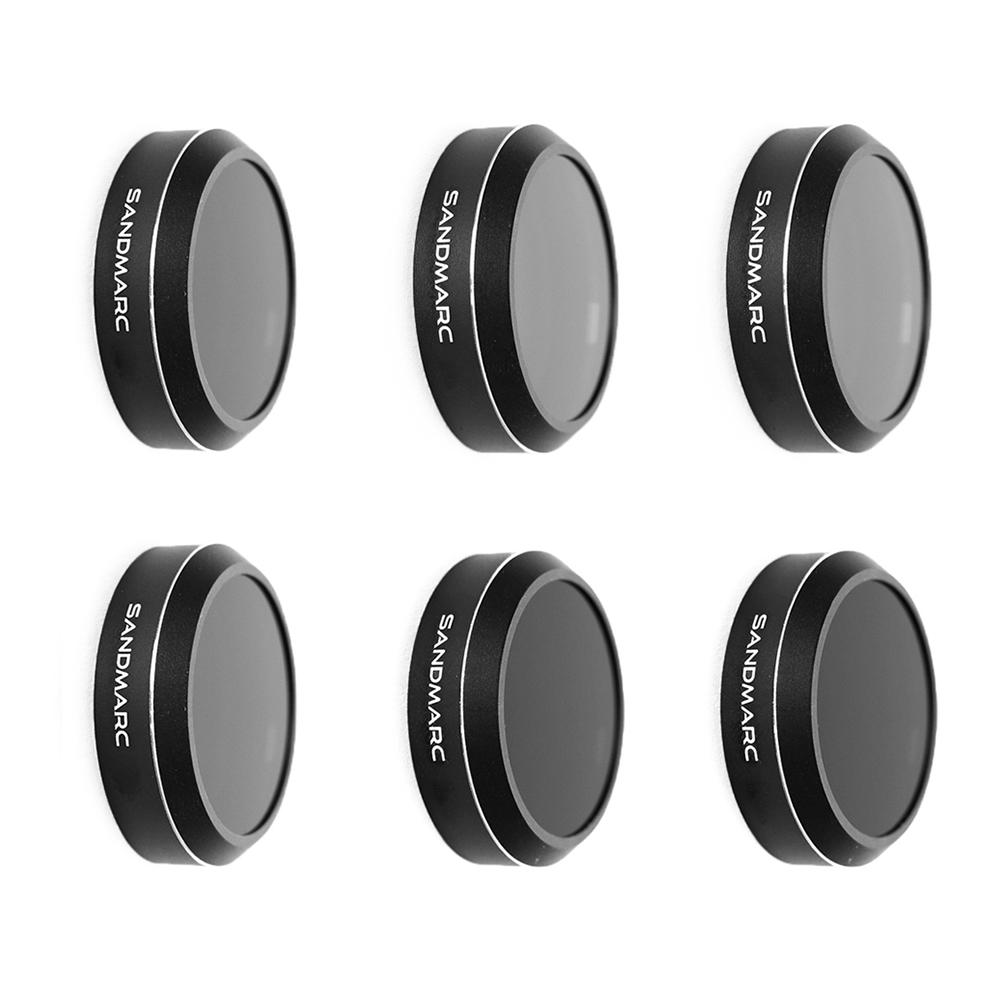 If you want to get the most out of the Mavic Air's camera, it's a good idea to invest in a set of filters.

SANDMARC has filter kits that feature a polarizing filter and neutral density (ND) filters that were specifically designed for the Mavic Air.

The polarizing filter helps cut down on glare off of non-metallic surfaces like water, while also cutting down on atmospheric haze and adding contrast to the sky.

The ND filters vary from 2-stops to 4-stops, giving you a wide range of possibilities for blocking out light to take long exposures during the daytime. 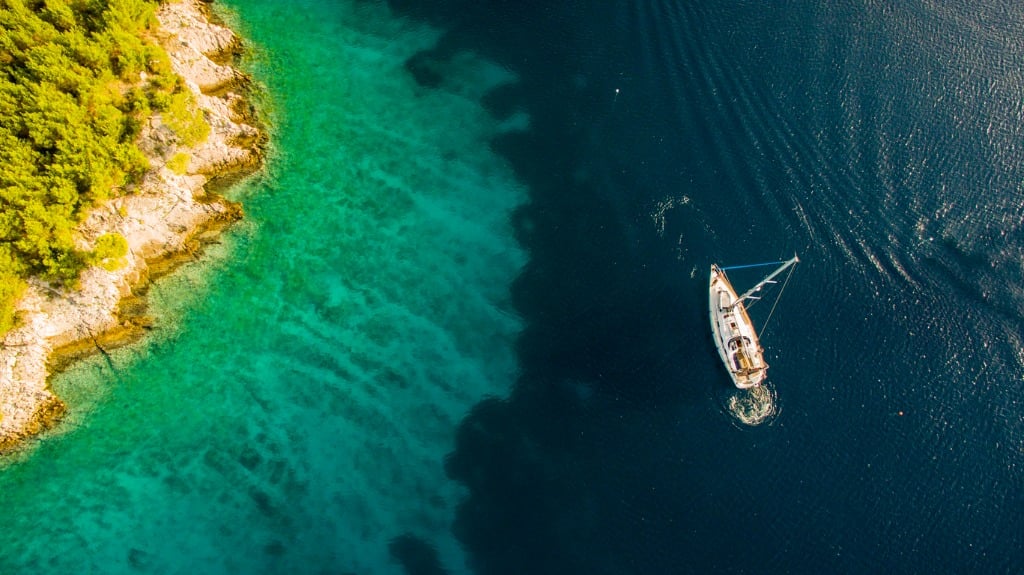 Whether you shoot photos, videos, or both, these filters enable you to get more creative without worrying about image degradation.

That's because SANDMARC has used industrial grade, multi-coated glass to get you clear, sharp, stunning results.

Each filter weighs less than 1 gram, too, so it won't impact the Mavic Air's maneuverability in the air.

You wouldn't shoot outdoor photos with your normal camera without a lens, so why do it with your drone?!

With a top speed of 42.5 MPH, the Mavic Air is certainly no slouch.

But it isn't just a speed demon - this drone has excellent maneuverability that can be controlled with DJI's amazing hand gesture controls.

The Mavic Air has tons of safety features built in as well, which you can learn about in the video above by DJI.

See what's possible with the DJI Mavic Air in the video below by DJI:

Like other DJI drones, the Mavic Air also has a Crash Avoidance System that utilizes seven onboard cameras and various sensors to help avoid obstacles, even when flying backwards.

Using a real-time 3-D map, the Mavic Air not only avoids obstacles but actively searches for safe ways to fly around them. That means that you don't have to slow down or worry about missing a photo or video sequence because this drone will continue flying smoothly.

Having said that, the Crash Avoidance System doesn't work perfectly 100 percent of the time, and only works if there's a strong connection between the drone and the remote, so you still need to use safe flying practices.

Problems With the Mavic Air 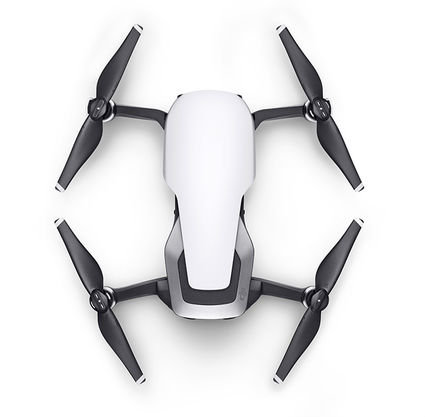 As noted earlier, the primary difficulty with this drone is its battery life - with a maximum flight time of 21 minutes, you don't exactly get a ton of time in the air.

But apart from that, there aren't many major concerns with DJI's newest drone.

Air communications are Wi-Fi-based, so there have been reports of some issues with the pairing process.

It's also got a small range because of the Wi-Fi connection- just 2.5 miles.

With a long list of awesome features and benefits, though, many drone enthusiasts will happily look past these disadvantages.

If you want a sporty drone with an excellent camera that handles well and is easy to fly, the DJI Mavic Air might just be the drone for you.