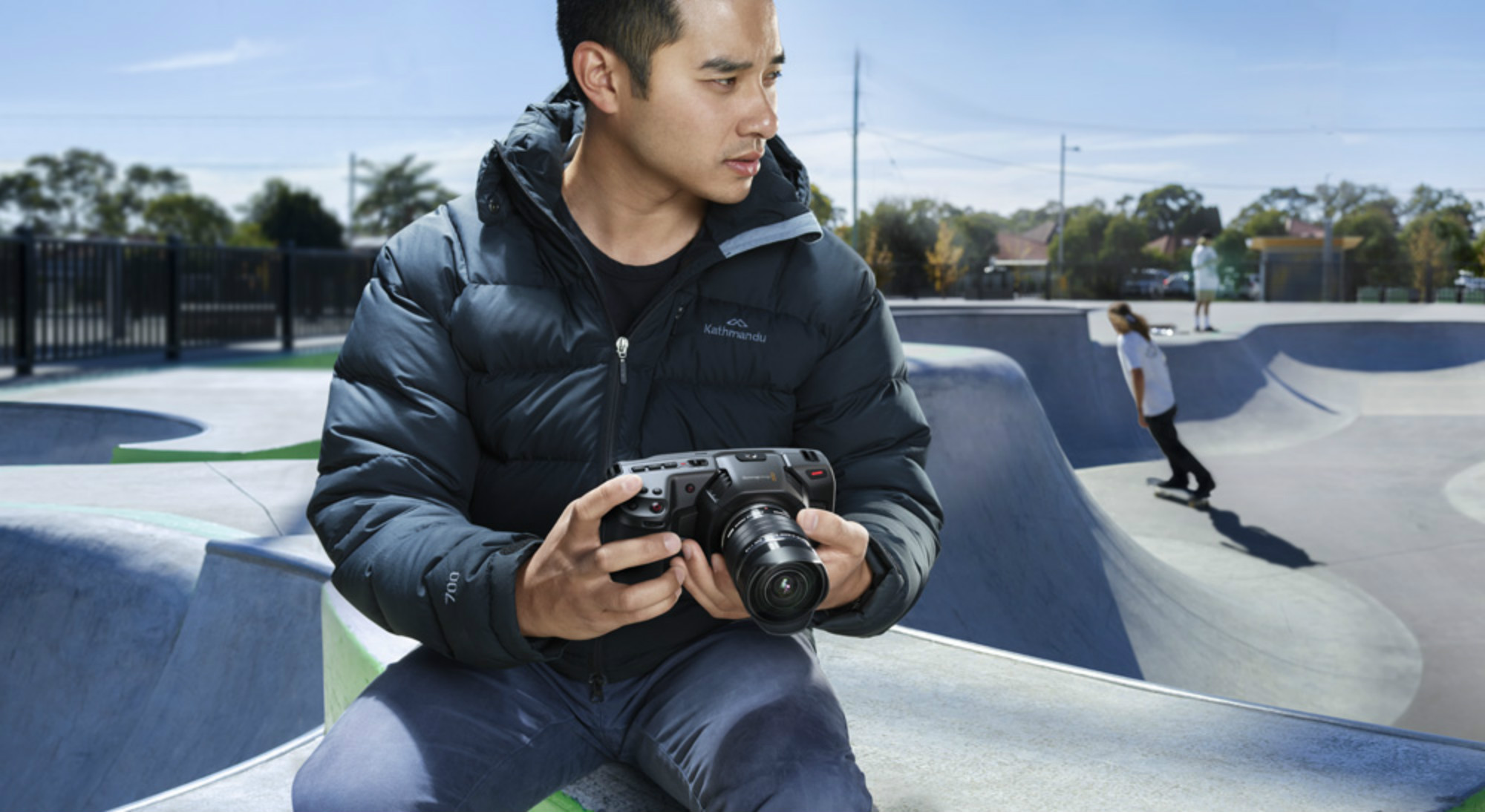 If you've ever wanted to get into shooting cinematic video but just didn't have a highly capable, yet affordable camera to do it, your dreams have now been answered.

Blackmagic recently unveiled their Pocket Cinema Camera which is capable of shooting 4K RAW video at a price point under $1,300. Not bad, right?

What makes this camera so interesting (well...one of the things) is that it has a four-thirds HDR sensor with an incredible 13 stops of dynamic range.

Another interesting treat is that its sensor was specifically designed for MFT lenses, which minimizes the crop factor so you can get the most out of the sensor's 4096x2160 resolution. 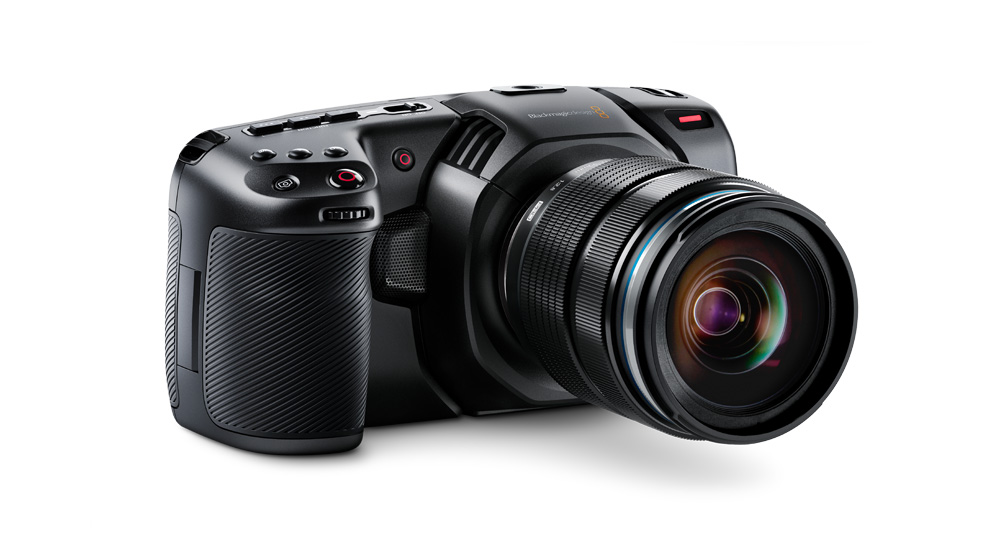 But the crazy specs don't end there.

The Pocket Cinema Camera has an ISO range to 25600 for low-light shooting, an HDMI out to hook it up to an external monitor, 10-bit video output, and a gigantic 5-inch touchscreen display.

It's also got 4 built-in professional microphones for high-fidelity sound, but if you want to use external mics that's no problem - there is a mini XLR input with 48 volts of power so you can use lapel mics and booms. There's even a 3.5mm audio jack to hook up traditional video camera mics.

With a high-speed USB-C port, you can record right to flash drives and USB-C enabled SSD drives so you can edit your videos. This is the first camera to include that option.

Editor's Tip: In the market for a better lens? Before you buy, get insider tips on how to buy a bargain lens.

On top of that, this little camera is really, truly small and lightweight.

It's made of carbon fiber composite, so the body is incredibly strong without being bulky. It's 7-inches wide, 3.8-inches tall, and 3.4-inches deep.

But don't let it's small stature trick you...

With its micro four-thirds mount, it can be paired with a wide array of MFT lenses, so you can shoot wide-angle, standard, telephoto, and everything in between.

There's even adapters that allow you to use non-MFT lenses with this bad boy. 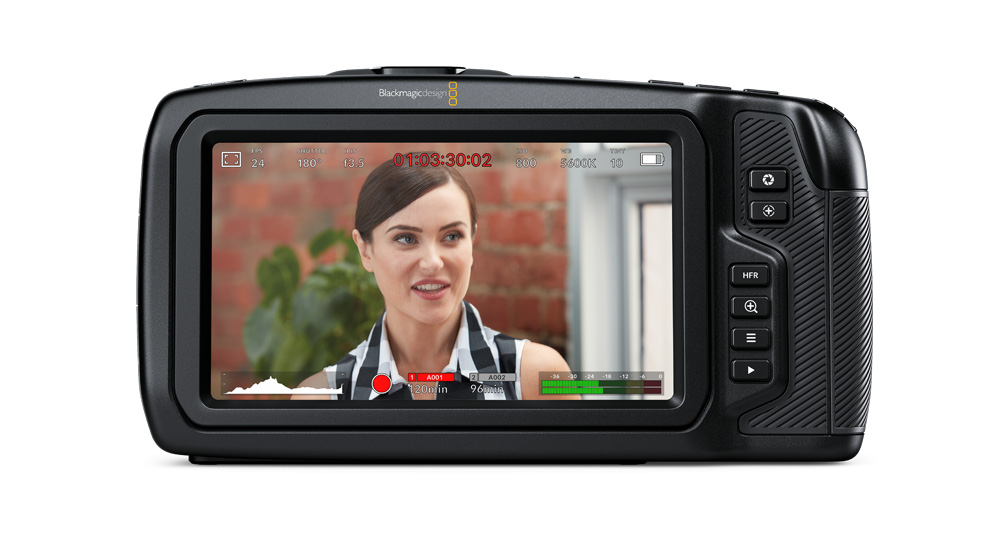 In other words, this is truly a cinema camera first and a still camera second. It's not your run-of-the-mill DSLR that happens to shoot 4K video.

To take stills, you just press a button on the camera to snap photos while you make awesome 4K cinema-quality videos. There's also buttons to control things like white balance, ISO, shutter speed, aperture, and more.

That being the case, this isn't exactly a camera for a photography enthusiast that wants to take more videos.

Instead, it's a cinematic workhorse for videographers that might want to take a few still shots here and there. 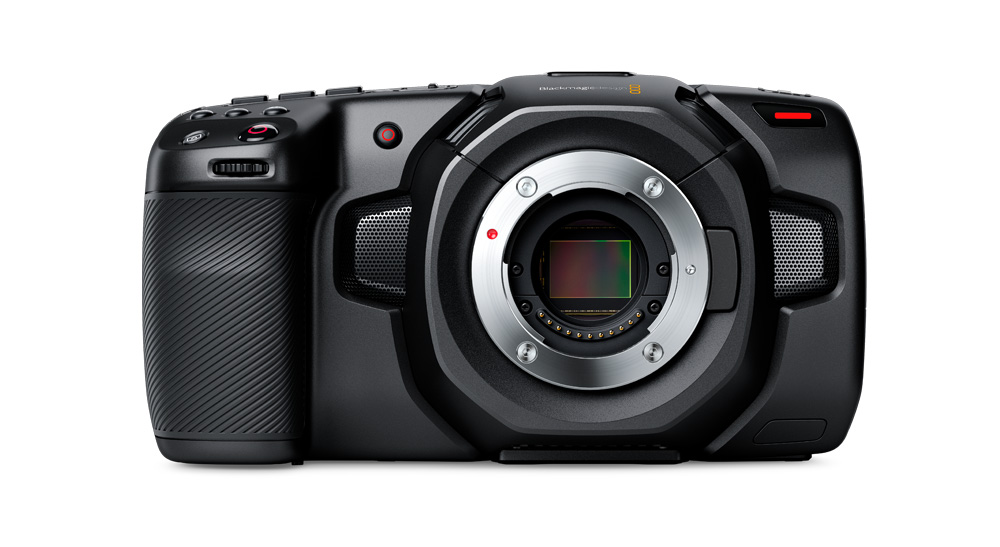 Regardless, this is one heck of an impressive camera.

It's packed with amazing features that you simply don't find on cameras of this size.

And those features are certainly not something you commonly see on a camera that's less than $1,300!

Check out the full specs on the Blackmagic Pocket Cinema Camera 4K.