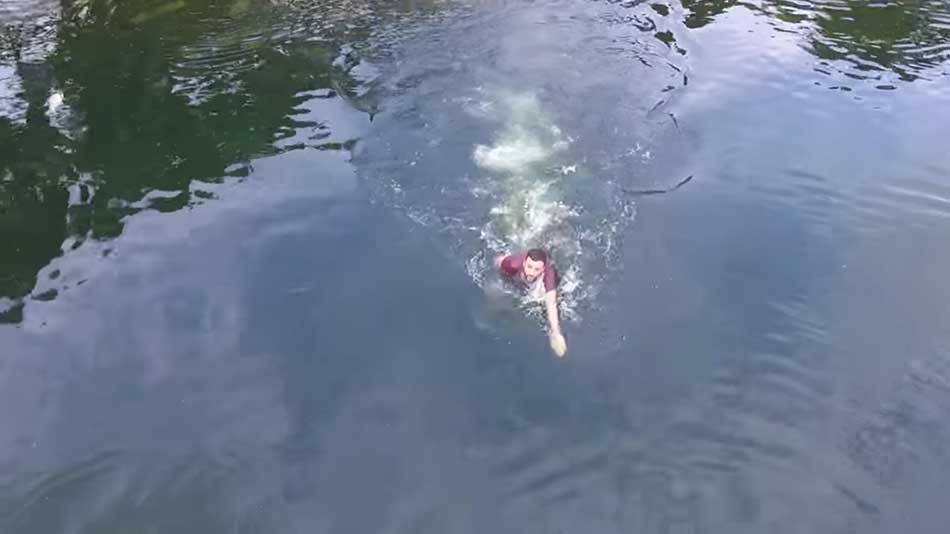 The other day, I wrote an article about the latest cover of TIME Magazine, and how it was created with nearly 1,000 drones.

That undertaking was a magical feat that was pulled off without a hitch.

Yet, anyone with a drone knows that things can and do go wrong that can jeopardize not just your ability to shoot photos or videos but can also end poorly for your drone.

Drone guy Dave Svorking was reminded of that fact the other day when his drone's battery died in mid-flight.

Unfortunately for Dave, the drone was over a lake, so his only choice was to dive in and try to save his drone from a watery grave.

Editor's Tip: Join our #1 affiliate program and save up for your next gear purchase by making money on the side.

In the dramatic video above, you can see two people - one of which is Dave - frantically chasing the drone.

Then you see Dave shed a few bits of gear, jump into the water, and manage to pluck the drone out of the air at the absolute last moment, saving it from destruction.

Of course, Dave's masterful drone save is just the latest in a long line of people sacrificing themselves in the name of protecting their drones.

In the video above, Drone Compilations offers up five ultimate drone saves that are quite impressive.

Of course, four of the five drone save videos in the compilation involve water, so perhaps the lesson here is to check your batteries and make sure they're fully charged before flying your drone over the wet stuff! Either that or invest in a waterproof drone...

At any rate, check it out for a few drone fail videos to start your day!