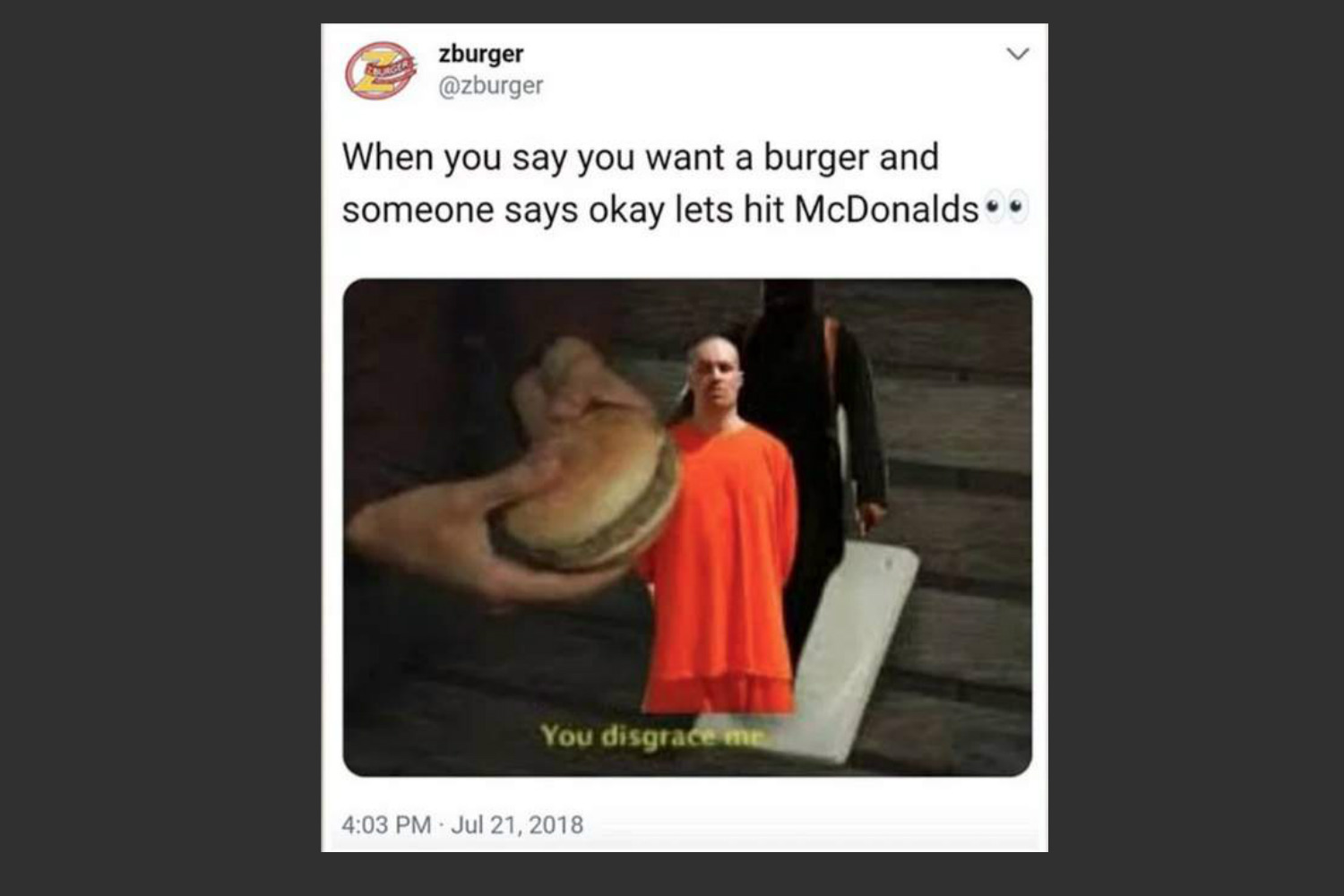 In an incredibly insensitive move, Washington, D.C.-based hamburger chain Z-Burger used the image of an American photojournalist who was killed by ISIS in 2014 to promote their hamburgers.

James Foley, the murdered American, was abducted in 2012 while on assignment covering the Syrian Civil War.

He was held for two years until he was beheaded in 2014, becoming the first American citizen killed by ISIS.

His murder was videotaped and distributed by ISIS, making headlines around the world.

The composite photo used by Z-Burger was tweeted out on Saturday, July 21st and included Foley's image and the image of his murderer with the title, "When you say you want a burger and someone says okay let's hit McDonald's."

The caption on the image reads, "You disgrace me."

Unsurprisingly, the distasteful ad garnered swift and furious condemnation from the public.

In an open letter (shown above), Z-Burger's owner, Peter Tabibian, apologized for the insensitivity of the ad, though he placed much of the blame on the marketing company, Valor Media, who put the ad together.

Valor Media, which was founded and is run by a 23-year-old named Michael Valor, also apologized for the move.

Though, again, blame seemed to be shifted to an unnamed, newly-hired art director that made the ad.

As the responsible parties passed the buck to other people, they did do something to try to make amends - both Valor Media and Z-Burger pledged to support the James W. Foley Legacy Foundation, whose mission is to advocate for the safe return of American citizens being detained abroad, among many other admirable goals.

I am very saddened that @Zburger would be so insensitive and ignorant of others’ pain while marketing their hamburger.

I look forward to hearing an apology from Peter Tabibian and Michael Valor and their promised donation to the foundation #inspiring moral courage.

Foley's mother, Diane, responded to the incident with grace. She also noted in the above Tweet that she's looking forward to receiving the promised donations.

With so much ugliness in the world, it isn't all that surprising that something like this would happen.

Let's just hope that these guys live up to their promises and try to make things better by supporting the organization founded in the memory of the man whose murder they so brazenly used to sell hamburgers.

To learn more about the James W. Foley Legacy Foundation or to make a donation, click here.