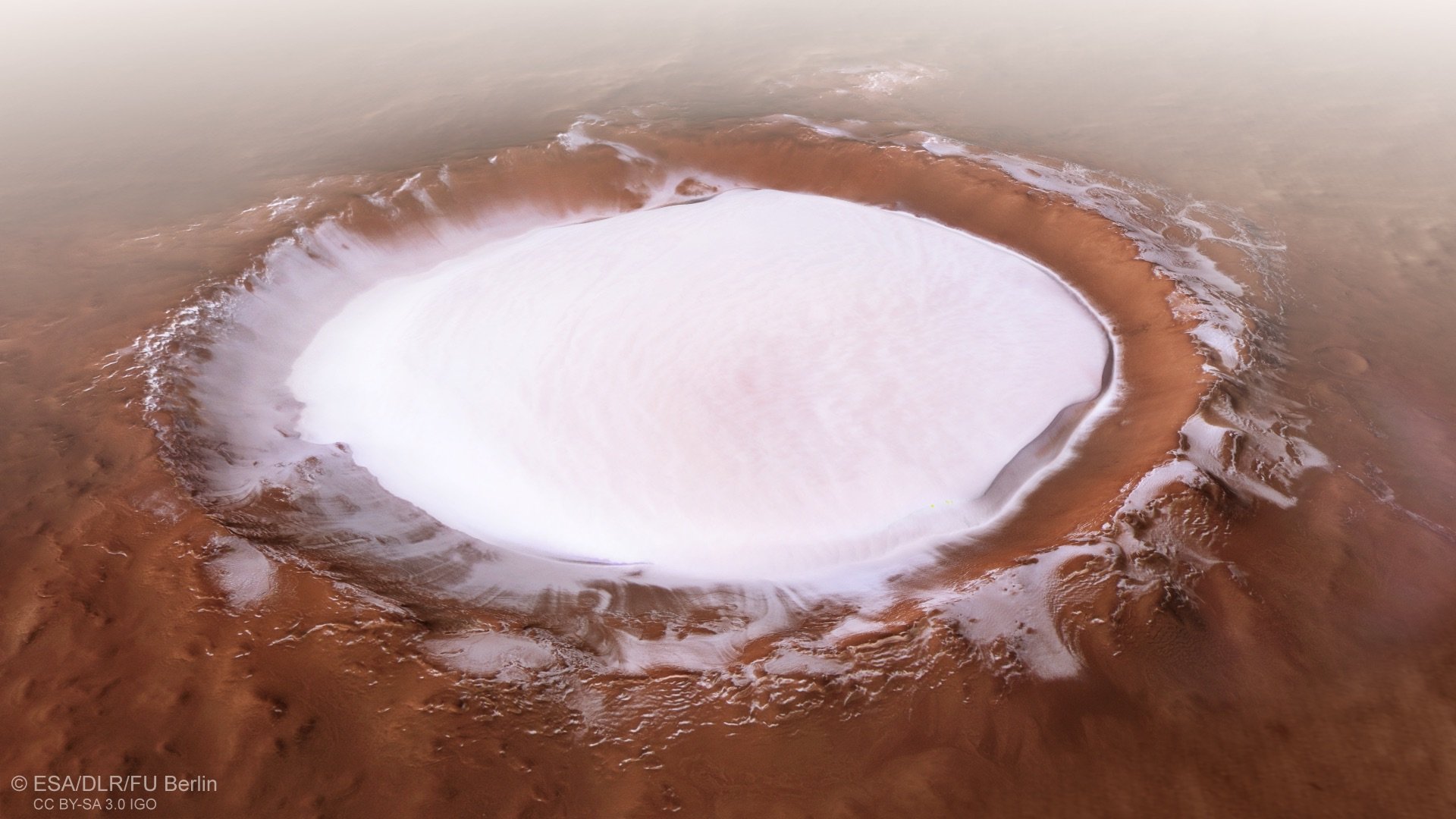 The European Space Agency is getting festive for the holidays by releasing new photographs of a phenomenon known as a “cold trap” in Mars’ northern lowlands.

In the photo, you can see a crater over 50 miles across filled with ice. The “cold trap” happens when air becomes trapped in the upper portion of the crater, becoming colder the longer it stays there. In this way, the ice shelf in the bottom of the crater is prevented from melting because the warmer air from the surrounding red landscape can’t reach it. 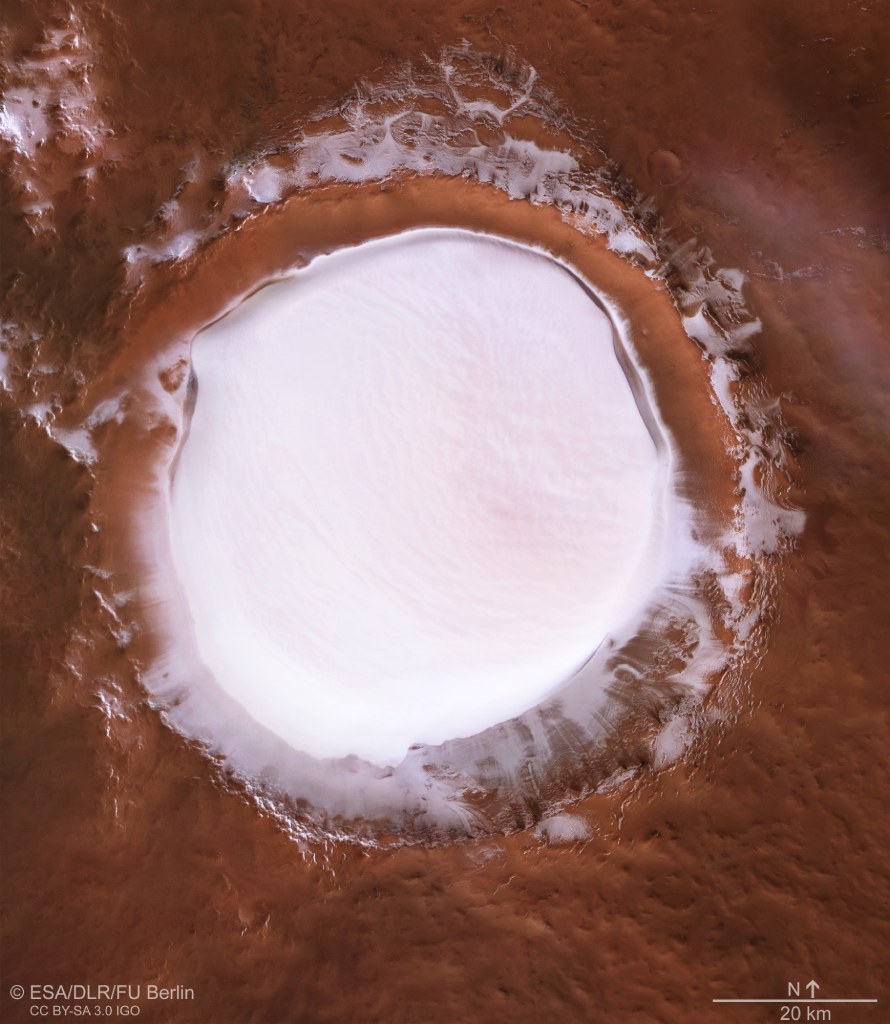 The photos, taken by the Mars Express High Resolution Stereo Camera (HRSC), were taken as 5 separate strips of imagery. The ESA then pieced the strips together before releasing them as 2 pictures to the public.

Editor's Tip: Your best photos deserved a place on your wall. See what your images look like as fine art.

The area that houses the Korolev crater is especially intriguing to interest groups, like those searching for life on other planets, because it proves water is still on Mars surface.

The ExoMars Trace Gas Orbiter, which began operating on Mars this year, also captured this beautiful topography of the Korolev crater.