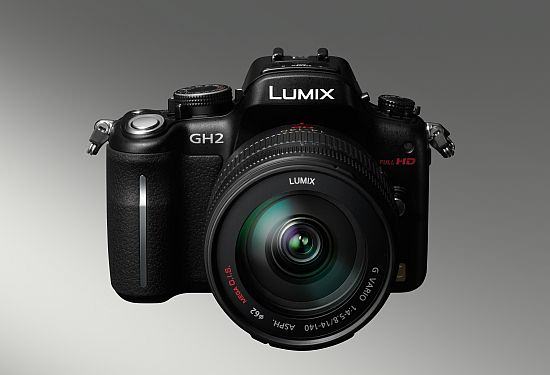 With the introduction of the DMC-GH2 camera, Panasonic has surpassed the features and functions of the GH1, especially in terms of the GH2’s video capabilities. The GH1 was known for shooting some of the highest quality video when it was new. Still photographers will certainly benefit from the GH2’s new, higher resolution sensor; but it’s video shooters who will discover they now have more control of the shooting process. Details about the video system in the Panasonic DMC-GH2 camera can be found in Part 2 of this PhotographyTalk.com. article. Part 1 will focus on some of the camera’s general features and their performance.

For both still and video photographers, the GH2 follows the lead of the GH1 by having a sensor that is slightly larger than the format’s imaging circle. In the GH1, this meant its 12-megapixel (MP) output was actually produced by a 14MP sensor. The GH2 increases those specifications, by shooting 16MP photos with an 18MP sensor. The primary advantage of these configurations is that the sensor is capable of generating images with different aspect ratios, but with the same diagonal dimension. With that larger sensor, the GH2 exceeds all other Panasonic Micro Four Thirds cameras in resolution. Add a maximum ISO of 12,800, and the GH2 provides all photographers with much more shooting flexibility.

The Panasonic DMC-GH2 camera also retains the G2’s touch-sensitive LCD screen. Buyers new to Panasonic will need time to adapt to this system, but it has its advantages. One of those is that the touch-screen function is optional. You can forget about it completely; but don’t be surprised that you start to explore its operations, and use them. For example, touching the screen to select specific focus points gives a photographer more control of exactly where to produce the most accurate focus within an image.

Although the GH2’s touch-screen is not as sophisticated as the technology in smartphones and tablet computers, Panasonic has been able to introduce some of that technology and still give its cameras a standard-looking DSLR interface. From a practical perspective, the touch-screen can be operated with wet and gloved hands.

The only real negative of the GH2’s touch-sensitive LCD screen is that the touch shutter function would seem to cause a camera to shake. When activated, a photographer touches the screen to release the shutter. Not only is this awkward and unfamiliar, but also it could result in many worthless images that were mistakenly shot because the photography accidentally touched that point on the screen.

Contrast-detection auto-focus (AF) is another function that has been upgraded in the GH2. With a 120Hz sensor, readouts appear much faster than many other Panasonic models, which results in better contrast-detection AF. Not only does the speed of the GH2's CDAF system outpace other Panasonic cameras, but also makes the GH2 very competitive with most other phase-detection systems. Auto-focus on the GH2 responds very quickly to create accurately sharp images of stationary subjects. Both the Face Detection and Face Recognition functions work impressively, and casual photographers will find Face Detection particularly helpful.

Although its movie-making capabilities may make the Panasonic DMC-GH2 camera an excellent buy (see Part 2), it’s also an easy-to-operate and easy-to-handle still-photography camera. It has the speed and a multitude of features and functions that many photographers will want. Plus, at approximately $1,000, with the 14–42mm kit lens, and $2,500, with the 14–140mm f/4.0–5.8 kit zoom lens, the Panasonic DMC-GH2 camera is competitively priced for photographers who want to take excellent still pictures as well as digital video.