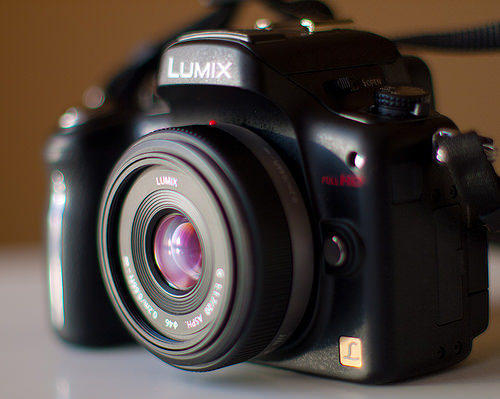 For its size and price, the Panasonic DMC-GH2 camera is packed with the technology and great features and functions to make a large number of photographers very happy. Those with the biggest smiles on their faces will have discovered the GH2’s outstanding video capabilities, which offer more ways to create serious video than virtually all other mirror-less and DSLR competitors in the market.

Panasonic has acted responsibly by correcting many of the video problems in the GH1. It also delivered the capabilities to shoot important video, but its image quality was suspect. The company addressed these issues directly. The GH2 has a better bit-rate than the GH1, which was causing muddy details. The GH2 directly records 1080p, 24fps video replacing the GH1’s awkward 1080p 24fps wrapped in 1080i 60fps. The one downside is that the ISO range for video shooters is limited to ISO 3,200, and no higher.

For many photographers, the most important difference in the video specifications of the GH1 and GH2 is that the GH2’s new, larger sensor can record progressive (whole frames) at 60 or 50 frames-per-second (fps). The GH1’s sensor had to double its capture rate of 24 or 25 fps to produce its highest-speed video. The GH2’s video features include slow motion and high-speed effects that are created with the camera’s “Variable Movie Mode.” It saves a video segment at a different frame rate than the one at which it was captured.

The other significant sensor improvement is its readout speed, at 120Hz. This speed is very advantageous. The camera’s auto-focus (AF) system will verify focus accuracy more often, which in turn will result in faster auto-focus on lenses with quick response rates. That faster readout speed will also make live view easier, and with less tearing, because live view is updated 60 times a second. With the faster readout speed of the GH2’s sensor, the camera also processes and presents subject contrast data quicker.

Another feature of the Panasonic DMC-GH2 that will grab the attention of video photographers is its electronic viewfinder (EVF). The typical casual photographer doesn’t find a camera with an optical viewfinder easy to use when shooting video. The image must be composed through the rear LCD because the mirror is flipped, which blocks the view through the optical viewfinder. Looking through the rear LCD when shooting hand held creates an unstable foundation, since the camera is extended from the photographer’s body. LCD screens are also a challenge for the amateur because any bright light obscures the view, making it more difficult to focus accurately.

The electronic viewfinder of the GH2 doesn’t block the image, so live view is seen through the lens. Amateurs shooting hand held can now use their bodies to stabilize their shooting position and eliminate any glare. When the shooting situation requires the use of the LCD, it can be articulated to most any angle to capture the most-wanted photos or video footage.

Using the GH2’s continuous auto-focus feature proves to be particularly helpful when shooting video. Yes, there is the expected contrast-detection auto-focus (CDAF) “wobble” when it first locks focus on a subject; but, otherwise, the focus glides easily and is quite precise. While the GH2 follows subjects across the screen rather easy, it can’t quite maintain focus as well when subjects move perpendicularly to and from the camera. This results in a bit of shutter lag, as the camera searches for the position of the moving subject.

Because of this lag, photographers with plenty of video-shooting experience will probably prefer manual focus, and the GH2 makes this easier with its strong magnification mode. This feature is accessed by selecting “MF” on the GH2 when paired with Micro Four Thirds or Four Thirds lenses. The adjustment dial must be pressed to activate the magnification mode on other lenses. This is a major advantage of the GH2 if photographers have older, third-party and manual-focus lenses that are attached to their camera bodies with an adapter.

Its full-feature video capabilities are certainly a primary reason why the Panasonic DMC-GH2 camera may be at the top of the heap of mirror-less system cameras. As much as many moviemakers relied on Panasonic’s GH1 for high quality video, the GH2 advances that quality. The camera’s 120Hz sensor, touch-sensitive LCD screen, improved bit rate, electronic viewfinder and other upgrades allow the GH2 to deliver resolution and image quality every bit as good as any APS-C format camera.