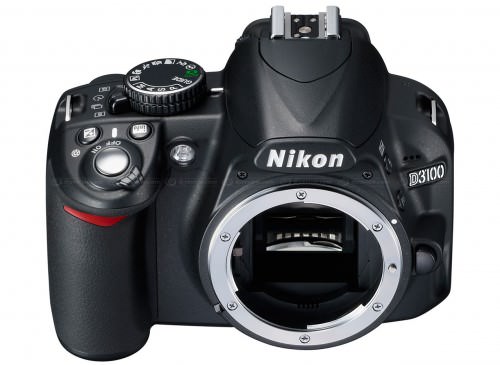 The Nikon D3100 DSLR camera signifies a realization on the part of the company that it needed to update its competitive position in the DSLR entry-level market. Those competitors include not only the Canon EOS 1100D, but also the many new mirror-less cameras, such as the Sony NEX-C3 and NEX-5, Olympus PEN Lite E-PL3 and Panasonic GF2. Part 1 of this PhotographyTalk.com Equipment Review provides a general overview of the Nikon D3100, while Part 2, Part 3 and Part 4 explore the camera’s features and capabilities in more detail. Nikon D3200 is also a good camera for beginners, introduced by Nikon in 2012.

Nikon’s earlier models in this market were certainly easy to use and made digital photography enjoyable, but the D40X, D60, and then the D3000, were clearly losing ground to their competitors when comparing specifications. The D3000 has a 10-megapixel sensor and doesn’t include live view or a video function. The D3100 DSLR improves those specs with a 14.2 megapixel CMOS sensor that makes the D3100 the first Nikon entry-level model with live view and full-HD video and capable of recording 1920x1080 movies. Despite video clips being limited to approximately ten minutes, which is common to all DSLRs, the D3100 is a big step forward for a first-time DSLR.

With those expanded capabilities, it was also necessary to upgrade the design of the Nikon D3100, especially the controls. Now there is a drive mode switch at the base of the mode dial, a sprung lever to initiate live view and a direct-record movie button. Owners of D3100’s predecessor found the guide mode very helpful, as this in-camera “tutorial” made it easy to understand and take control of the DSLR features unfamiliar to those coming from a compact, or point-or-shoot, camera. The D3100 retains this important feature and has also upgraded it to cover this DSLR’s new capabilities. There is also an added auto-focus mode for use with live-view and video recording.

Another helpful method to judge the value of the Nikon D3100 is to compare it to the D3000.

Read Part 2, Part 3 and Part 4 of this PhotographyTalk.com article for more details about the Nikon D3100 DSLR camera. (Coming Soon)