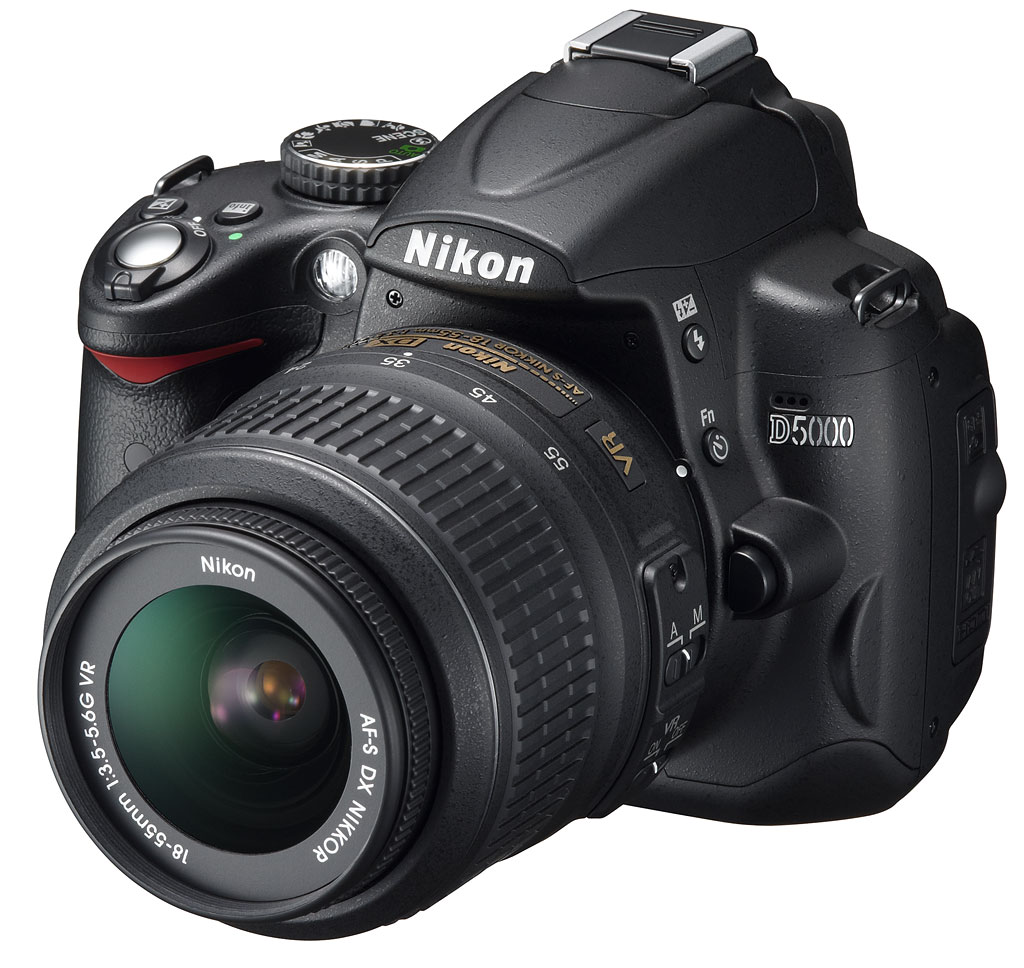 Not only has digital photography become amazingly popular, but also more compact, or point-and-shoot, camera users are upgrading to a DSLR and experienced DSLR owners are choosing to buy more high-end DSLRs. This interest in and demand for DSLRs have prompted most camera manufacturers, including Nikon, to offer DSLRs that fit into ever-narrower niches.

This appears to be the strategy behind the Nikon D5000. Its positioning by Nikon adds to the confusion about the D40, D40X and D60. These models are meant to be less costly and easier to use, but to do so, Nikon had to eliminate the auto-focus motor, which reduced the number of lenses that could be matched with them to those with built-in auto-focus. Although logic would seem to dictate that such a strategy would backfire on Nikon, the D40, D40X and D60 have been purchased in relatively large numbers. This convinced the leading third-party lens manufacturers to re-design their top-selling, low-cost lenses, so they would work on these entry-level Nikon DSLRs.

With the D5000, Nikon has created a niche between the D60 and the D90 that designates the D5000, as a high-end, entry-level DSLR. Like the D60, the D5000 doesn’t have an on-board, auto-focus motor, but its enhanced with a tilt-and-swivel LCD. Oddly enough, this niche market is not exclusively Nikon’s, as its competitors are the Canon EOS 500D and Olympus E-620. Although the Nikon D5000 is not a direct-line replacement for an earlier model, it should appeal to new DSLR buyers with some technical knowledge as well as someone who has been using an older entry-level DSLR and wants the latest bells and whistles in a similar camera.

Being that it is a “hybrid” of the lesser features of a D60 and the more feature-rich D90, the D5000 can either be viewed as a D60 with the addition of a tilting LCD screen or much of the capabilities that define a D90 placed in a smaller body. The D5000 has a 12.3MP CMOS sensor compared to the D60’s 10.2 MP CCD sensor. Where the D60 only as a three-point auto-focus (AF) system, the D5000 has graduated to an 11-point AF system. Other major improvements to the D5000 that are not found in the D60 include:

In designing a body style for the D5000 that is bigger than the D40 and D60, but smaller than the D80 and D90, Nikon has created a bit of an ugly duckling. There doesn’t seem to be any body-style strategy beyond putting the articulated screen on a D60 body. Then, by forcing the body to accommodate many of the D90’s capabilities, the designers seemed to have had no choice, but to add various protrusions and extensions to the body, and somewhat randomly. Despite the appearance of little or no real design thinking behind the D5000’s body, it is very comparable in size and shape to the aforementioned Canon EOS 500D and Olympus E-620. Although the D5000 is larger and heftier than the Olympus model, and has all those weird body projections, the D5000 ergonomics are quite excellent. For instance, the handgrip is undoubtedly one of the best in this niche of cameras and all the external controls can be reached and operated with little effort.

Nikon was unable to find room for the D90’s 920,000-dot LCD screen in the D5000, limiting it to a 2.7", 230,000-dot, tilt-and-swivel LCD. This is certainly more than adequate to use the camera’s live view and video recording features; however, it’s usefulness is limited, given that most DSLR’s live-view AF, including the D5000’s, is notoriously slow. This, in turn, will limit the number of D5000 owners that will use this feature habitually to those employing a tripod, for example. This example leads to a downside of the Nikon D5000 that consumers should consider before buying. The tilting LCD screen has a very limited range of articulation when the camera is attached to a tripod.

Read Part 2 of PhotographyTalk.com’s review of the Nikon D5000 DSLR camera for more details about its features and capabilities.