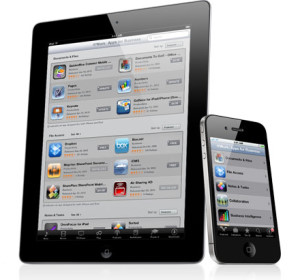 Apple’s bountiful harvest of juicy products continues unabated with the introduction of the new iPad on March 7, 2012, which, strangely enough, Apple officials are not designating as the iPad 3, but simply the “new” iPad. It’s likely that whatever Apple calls it will be just fine with more and more amateur and professional photographers, as they have the opportunity to look under the hood.

The new iPad’s higher-resolution Retina Display has a bit less resolution than what Apple uses on the iPhone 4 and 4S, but the brighter, sharper view will certainly attract photographers’ attention first. The resolution of 2048 x 1,536, or 3.1 million pixels, simply dazzles, according to early reports. With so many pixels, which are not visible, there is less need to enlarge the view of photos and text or to hold the tablet closer.

Early examinations of the new iPad also reveal that even the most demanding photographers will find their photos to be absolutely amazing when viewed with the new iPhoto app.

Photographers should also be pleased with the new A5X processor and its quad-core GPU. Now, the iPad is capable of digesting huge amounts of data and completing enormously complicated jobs quicker. Apple claims the new processor is four times faster than the Nvidia Tegra 3 quad-core competition.

Apple has also upgraded the digital camera in the new iPad, giving it the same backside 5-megapixel camera with which the iPhone 4 is equipped. The photography functions continue to expand with image stabilization technology and 1080-pixel video recording.

The new iPad is the first device from the company that interfaces with the 4G LTE network. Not only will this iPad serve as a personal hot spot when connected to 4G, but also come in two versions to match Verizon Wireless and AT&T 4G technology. When you find yourself outside a 4G-service area, the iPad will connect via 3G.

The new iPad has approximately the same battery life, of 10 hours, but it is only 9 hours when using 4G. Early reviews also indicate the tablet is a bit heavier and thicker than the iPad 2, but these physical specs will hardly be noticed.

Many will also be pleased to discover that Apple has lowered the price of the iPad 2, so if you don’t need all the “whiz bang” of the new iPad “3”, then you can take a bite of the Apple for less than last year’s prices. The new iPad is scheduled to be released to the public on March 16, 2012.

Learn how to master an iPad with these tips: Click Here!