To Upgrade or Not Upgrade from a Nikon D3s to a New Nikon D4? That is the Question! 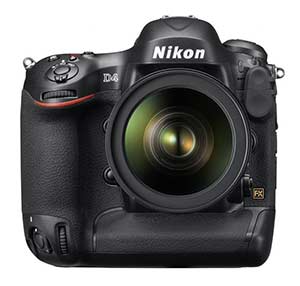 As a professional photographer, your camera is your primary tool for making a living, so knowing when to upgrade from your current to a newer model is always a challenge. Such is the dilemma you may be facing if you still rely on your trusted Nikon D3s DSLR, but now Nikon has introduced the D4 during early 2012. Since Nikon has discontinued the D3s, it has made it clear that the D4 is now the company’s primary model for professional sports, news and event photographers. For entry level photographers, Nikon D3400 is the best DSLR camera.

The Nikon D3s was released during October 2009, so it isn’t ancient, but in terms of features and functionality, it has quickly fallen behind the expectations of professional digital photographers for 2012 and beyond. Important advancements in the D4 relate specifically to professional video production. Although you may be one of the professionals that has shunned the video capabilities of your DSLR, creating in both the still and motion medium is quickly becoming the norm for many professional photography assignments. The D4 addresses this need with its most significant competitive function, which is the exporting of uncompressed video via the D4’s HDMI port.

There were 17 real customer reviews of the Nikon D4 all giving it 4-5 star rating. If you would like to read these reviews you can do so here.

By most measurements, the D3s was responsible for converting a number of Canon loyalists to the Nikon brand. They recognized the image quality the D3s was capable of producing in low light. Nikon certainly doesn’t want to lose these customers and see them return to Canon because of the appeal of its new 1D X DSLR.

The D4’s new auto-focus sensor will help to retain more of those Canon converts with its capability to focus in lower light. What could be more meaningful for many pros is that the AF performs equally well with lenses with slower apertures and lenses paired with teleconverters that further reduces aperture speeds. Now, a lens with a maximum aperture of f/8 receives the assistance of the central AF point as a cross-type point.

The Nikon D4 offers just enough improvement in sensor size with a 16.2-megapixel sensor compared to the D3s’s 12.1MP sensor. Photojournalists and sports photographers aren’t as concerned with ultra high resolution as they are with shooting speed. The D4 is a third faster than the D3s from shot to shot at 12fps instead of 9fps. If you’re one of these professional photographers, then the D4’s more sophisticated metering and a highly acceptable ISO range to 12,800, and then expansion to a maximum of 204,800, are just what you need for the great variety of lighting environments in which you shoot.

Upgrading from an older Nikon D3s to a new D4 isn’t just about shooting speed and superior low-light image quality, but also about improving workflow. With a built-in Ethernet port, you can quickly send photos to editors and clients, reducing the time between capture and distribution into the media stream. Workflow is further enhanced with a new slot in the D4 for an XQD card, which is speedier and more reliable than the older CompactFlash card.

As a professional photographer, camera controls are also a measure of whether an upgrade is wise; and the Nikon D4 quickly outclasses the D3s with major improvements in the portrait grip and video functionality. Nikon has added a joystick to the portrait and landscape grip areas from which you can select sub-menu items and a customizable function button exclusively to the portrait grip. The video controls have been re-aligned to match with the growing use of video by professionals. The Nikon D4 designers placed the live view/video selector, a dedicated live-view activation button and a dedicated record button where they are easily reachable and functional.

At $6,000, deciding to upgrade to a new Nikon D4 from a D3s requires some study, based on the exact digital photography you shoot and under what conditions. The best advice at this level is to find an opportunity to try the D4, rent or borrow one. As a professional, you know that often the feel of a new camera and how relaxed you are using it has as much to do with deciding to buy it as its features and capabilities.

Is it time to upgrade from a Nikon D3s to a Nikon D4? For most professional photographers, the answer is an unqualified “yes.”

The Nikon D4 DSLR is available for pre-order from Adorama at $5,999.95, at http://www.adorama.com/RecommendFor/inkd4.html