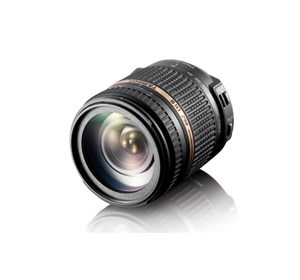 You’ve recently taken the plunge into DSLR photography with your first camera, maybe a Nikon D3200, one of the Canon EOS Rebel models or the new Sony a37. Regardless of your choice, you probably purchased it bundled with a standard 18–55mm kit lens. No doubt, it has produced some excellent images for you, but you’ve come to realize that its relatively limited focal range doesn’t allow you to experience all of the many types of photography you can capture with your new DSLR, such as nature, travel, sports and action.

Buying one or more fixed focal-length lenses isn’t much of a solution, since you would have to pony up a significant amount of cash to obtain lenses that cover various focal lengths. Fortunately for you and thousands of other beginner DSLR photographers, Tamron has been designing and manufacturing lenses to satisfy your exact needs. In fact, the company has built a reputation on its all-purpose zoom lenses for photographers just like you; and its most popular has been the AF 18–270mm f/3.5–6.3 superzoom lens.

Known for many years as the AF 18–270mm f/3.5–6.3 Di II VC LD Aspherical Macro lens, Tamron updated and announced the latest version during December 2010, the AF 18–270mm f/3.5–6.3 Di II VC PZD lens. It features two major improvements that have excited many photographers. The earlier version was rather large and may have been unwieldy for many photographers new to DSLRs and superzoom lenses. One of the attractions of many of Tamron’s superzoom lenses has been a very large focal length range in a compact body, making it easier for DSLR beginners to enjoy the shooting experience as well as the results. The earlier version’s other competitive disadvantage was the absence of a sonic wave AF drive; however, the newer version offers Tamron’s Piezo Drive (PZD), which is small enough to give the AF 18–270mm f/3.5–6.3 Di II VC PZD this updated technology in a smaller footprint.

Until recently, Tamron’s only competition in the multi-purpose, superzoom lens market was Sigma’s line of 18–250mm f/3.5–6.3 lenses; however, during June 2012, Nikon announced the release of its AF-S DX NIKKOR 18-300mm f/3.5-5.6G ED VR. It is now the leader, with the largest zoom range available. Sony’s entry in this race is its DT 18–250mm f/3.5–6.3 lens, while Canon best option is its EF-S 55–250mm f/4–5.6 lens. Despite this competitive landscape, the Tamron continues to be a very comparable and worthy choice. The chart below provides detailed comparative data.

For a superzoom lens priced at $649, the Tamron AF 18–270mm f/3.5–6.3 Di II VC PZD is well built, with a metal mount (for Nikon, Canon and Sony DSLRs) and a good grade of plastic for the barrel. The rubberized zoom and focus rings provide a sure grip. The zoom ring has plenty of room for photographers with bigger and broader fingers. The focus ring does turn during autofocus (AF) operation and rotates smoothly in manual once the MF setting is selected. Despite a rather long extension of the lens with longer focal lengths, the inner lens tubes remain solid when in motion. Lenses of this size will tend to exhibit some zoom creep and such is the case with the Tamron 18–270mm at medium focal lengths. Tamron alleviates this issue with a lock switch that secures the lens at its shortest length. You can shoot with this Tamron lens with a polarizing filter attached, since the front element does not turn given the lens’ IF (internal focusing) operation.

As mentioned earlier, the Piezo Drive in this Tamron lens has improved autofocusing, so it is faster, quieter and more accurate.

The “VC” letters in the name refer to Tamron’s Vibration Compensation technology. Its primary feature is a tri-axial construction with three pairs of driving coils and low-friction ball bearings surrounding the VC optical group. As a beginner DSLR enthusiast, this is virtually a requirement, as your experience with handholding a DSLR and a superzoom lens is probably limited. The VC technology is capable of allowing you to shoot without a tripod or other support as much as 4 shutter speeds slower and still produce sharp, crisp images. (The earlier model was only rated at as much as 3 shutter speeds slower.)

As a lens designed for use specifically on APS-C, or cropped sensor, DSLRs, the 18–270mm focal length translates to a 35mm equivalent, as found on a full-frame DSLR, of 28mm to 419mm. There is virtually no subject matter that you can’t shoot with an equivalent focal length so large.

As a beginner or enthusiast DSLR photographers, your images don’t require the virtually perfect quality that the pros and their clients demand. That’s why Tamron builds lenses specifically for photographers like you. Nonetheless, the Tamron AF 18–270mm f/3.5–6.3 Di II VC PZD delivers very acceptable picture quality given its price point and target market.

Some barrel distortion is a natural result of a superzoom lens, which this Tamron lens can’t avoid. As expected, distortion is more pronounced at the widest and narrowest focal lengths, but will produce enough sharpness for your needs, especially in the mid-range of focal lengths. Vignetting follows a similar pattern, with very good control in the middle of the range and more observable at either end of the range. Shooting at narrow apertures, such as f/11, will help to minimize light fall-off. Resolution is at its best in the center of images at virtually all focal lengths and apertures. Again, superzooms tend to lose some resolution in the corners and at the edges, but you’re unlikely to notice much of it, except in more extremely shot images. Chromatic aberrations test similarly to the other distortion values, but editing software easily compensates for any CAs.

Bokeh, or the quality of the background blur, is another concept you should understand, and then put into practice. Typically, a lens like this Tamron is not built for producing the best bokeh effect, but it is a good learning tool and will create a relatively acceptable separation of your subject and the background at the right focal length and aperture.

These comparisons show that the Tamron AF 18–270mm f/3.5–6.3 Di II VC PZD is very competitive, as it is lighter and has a larger 35mm equivalent focal length range than the Sigma superzoom. Although the Tamron’s price is essentially the same as the Sony lens, its focal length range is shorter. The new Nikon 18-300mm f/3.5-5.6G certainly delivers some impressive specs; however, it weighs approximately twice as much as the Tamron and is a larger lens. Plus, the Nikon costs more than half as much as the Tamron.

In addition, Tamron is offering a $100 mail-in rebate for this lens from 10/1–12/31/12, so it’s the perfect item to put on your holiday gift list. Click here to learn more about the rebate.