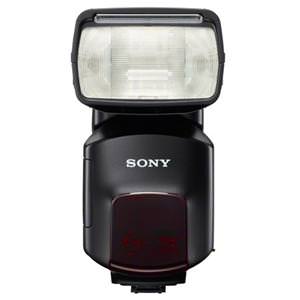 Sony introduced the HVL-F60M Flash during September 2012, in conjunction with the release of its new full-frame DSLR camera, the Alpha SLT-A99. This was an excellent strategy because the new Sony flash has the features and capabilities that serious DSLR photographers will need to shoot with the A99 or any other DSLR model.

The Sony HVL-F60M Flash utilizes the “cobra” design, which many serious photographers find to be the most useful. Plus, the build quality appears to be very solid, including the addition of various seals around the parts that move and operate, giving the unit dust and moisture resistance.

The HVL-F60M connects to a camera body with the new multi-interface hot shoe specifically for the A99 DSLR or any non-Minolta hot shoe body.

The versatility of the head angles is a clear advantage over many Canon and Nikon flash models. The HVL-F60M offers bounce angles of 90 degrees up, -10 degrees down and 180 degrees left and right. This last angle option is of particular importance, as it is part of Sony’s “Quick Shift Bounce” system. Turning the head 90 degrees to the left or right means light is cast horizontally although you may be operating the camera in portrait orientation.

Another small, but important modification that makes this Sony flash a serious piece of equipment is the placement of the LED light on the flash head instead of the more typical front of the unit. With the LED in this position, the HVL-F60M is capable of serving as a slave. Because of the LED light’s design, it is highly compatible with video shooting; plus, it has a color conversion filter and built-in diffuser to adjust the color temperature and control glare, respectively. The light has maximum output of 1200 lux.

Sony has given its new flash an operational combination that serious photographers will appreciate. Not only is the interface designed to be easy to use, but also offers a comprehensive series of control points with buttons, switches and extensive menus.

The series of menus are worth a bit of time to explore and become familiar with them, as there are separate menus to select the high-speed sync mode, wireless channel operation, wireless slave or master, a beep mode that signals that the flash has recycled, manual mode and many other convenient adjustments and settings. Those that will be important to serious flash photographers include TTL, no flash, multi-stroboscopic and manual zooming mode.

Third party testing seems to indicate that the Sony HVL-F60M Flash is quite easy to use, switching from TTL to manual and back with little effort. It also appears to work well with multiple flash units and light modifiers. The only slight challenge of which you should be aware is that the flash head must face forward to utilize the infrared transmission function.

Even after just a few months in the marketplace, the Sony HVL-F60M Flash has proven to have the features and capabilities that make it highly competitive with any of the Canon, Nikon and equivalent flash equipment available. It’s worth serious consideration when you’re ready to buy a new, or an additional, professional-quality flash unit.