Nikon Coolpix A Digital Camera: A First-Class Choice in a Second Camera 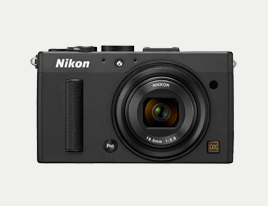 Even the major camera manufacturers, with all their design and marketing research, are not always able to identify the direction of the digital camera market; especially since smartphone photography has influenced a large segment of it. Budget-priced point-and-shoots don’t generate the sales or the profit margins as they previously did before the advent of the smartphone. This market may not be dead…yet…but eventually buying a point-and-shoot for a few hundred dollars and a smartphone just won’t make much sense for casual photographers. For professionals cameras like Nikon Coolpix P1000 are far better than smartphone cameras.

This development has led most camera manufacturers to seek profits among more serious DSLR photographers, even professionals, who want a second camera for casually shooting. Cameras, like Nikon’s new Coolpix A, are also targeted at enthusiast photographers who want more than a point-and-shoot’s limited image quality, features and points of control, but are not yet…or may never be…ready for a DSLR. The strength of the mirrorless camera market proves these buyers are available and are willing to pay more than point-and-shoot prices for more camera and better photos. They must be prepared to pay a much higher price, however, if they want what the Nikon Coolpix A has to offer, but it appears their money would be well invested.

Other body features that clearly indicate the higher price point of the Coolpix A start with the construction. Aluminum alloy has been selected for the front and rear panels and the top plate is magnesium alloy. Despite its size and the lack of a true hand grip, the Coolpix A will feel secure in your hands with a small rubber surface on the top right of the back plate for your thumb and an elevated, well-textured rubber pad on the front right of the body for your fingers.

Any photographer that already owns a Nikon DSLR will find the user interface to be very familiar. Access the settings by pressing the [i] button, use the arrow keys to move across the screen, press the “OK” button twice: first to select a setting and then to confirm your choice.

Of course, for professionals to flock to the Nikon Coolpix A, as a second camera, requires that it delivers equally high-end image quality. Preliminary third party tests seem to conclude that both RAW and JPEG images are sharp, crisp and with excellent detail rendition at the lowest ISO setting of 100. For RAW images, ISO 1,600 still provides good, sharp images with very little appreciable noise. Jump to ISO 6,400 and the noise is rather evident. For JPEGs, the results are very similar; with noise having little or no effect at ISO 800 and just a bit noticeable at ISO 1,600. Even bumping ISO to 3,200 doesn’t render JPEGs unusable, especially if you keep print sizes small to medium. From ISO 6,400 and higher, noise has quite an effect on image quality.

Essential Features of the Nikon Coolpix A Compact Camera

Appealing to the smaller markets of enthusiasts and serious DSLR owners with the Nikon Coolpix A and comparable models from Fujifilm, Sony and Sigma will make for a very competitive environment. There are simply not as many buyers for this kind of camera as compared to the “Golden Age” of point-and-shoots, which passed in a blink of an eye. Nonetheless, the Coolpix A appears to be a worthy investment for those photographers who have the skills and experience to utilize all its features, capabilities and benefits.

The Nikon Coolpix A Digital Camera is available from Amazon for $1,096.95.