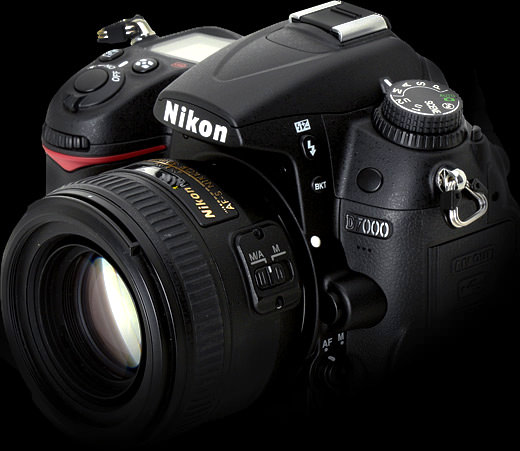 For many digital photographers, the Nikon D7000 DSLR camera is an excellent choice; and many of the reasons why are outlined in the PhotographyTalk.com article, Digital Photography Equipment Review—Nikon D7000 DSLR Camera. The article you’re reading now will explore specifically the camera’s video capabilities.

For some consumers, however, the 24-frames-per-second rate is more than they need. They can shoot video with the D7000 in both 720p and VGA. At 720, there are the options of 24 or 30 fps. It’s fixed at 30 fps for VGA movies. Whatever shooting mode you choose, you can manually control exposures and record higher quality audio with the D7000’s microphone input.

Another improvement over the Nikon D90 is the D7000’s file type and compression format. It features H.264 / MPEG-4 AVC in a .MOV container. The upside is smaller file sizes, however, users will need a more modern PC for editing and playback. You can use either an internal monaural microphone or a standard 3.5mm external stereo microphone to record audio as linear PCM. Another good point for the Nikon D700 is that basic movie editing can be done in the camera. You can also remove still frames that are within recorded video.

Many users and experts are pleased to see that the Nikon D7000 has a full-time contrast detection auto-focus when shooting in the movie mode. This capability can detect as many as 35 faces simultaneously. A drawback of the auto-focus tracking function, however, is that it doesn’t operate as quickly as a typical camcorder, so it has difficulty following the action. This is the downside of traditional DSLRs and their lens that are designed for still photography, and not fast-paced video. Nikon didn’t improve the noise coming from the full-time servo AF mode, as it searches for focus when filming. The D7000 internal microphone is likely to record that sound, which can then be heard on the audio track. Some casual users will accept a bit of recorded noise, instead of learning how to focus manually.

Unfortunately, the D7000’s problem with quick action makes it less competitive with the Canon EOS 60D. It has a fully articulated screen, a choice of frame rates at 1080p, greater manual control during composition, audio level meters and higher bit rates. Its maximum HD recording time of 12 minutes per clip is less than the D7000’s 20 minutes. These differences won’t trouble the amateur or casual user as much as it well accomplished enthusiasts or professionals. They would find the Canon body better for shooting video only. Another competitive choice for some consumers is the Sony hybrids, such as the SLT-A33, for example, with continuous auto-focusing capabilities that clearly outperform the Nikon D7000.

While the Nikon D7000 may be an obvious choice of a superior DSLR camera, its video limitations should be taken into account, based on the kind of video you like to shoot or may shoot in the future.